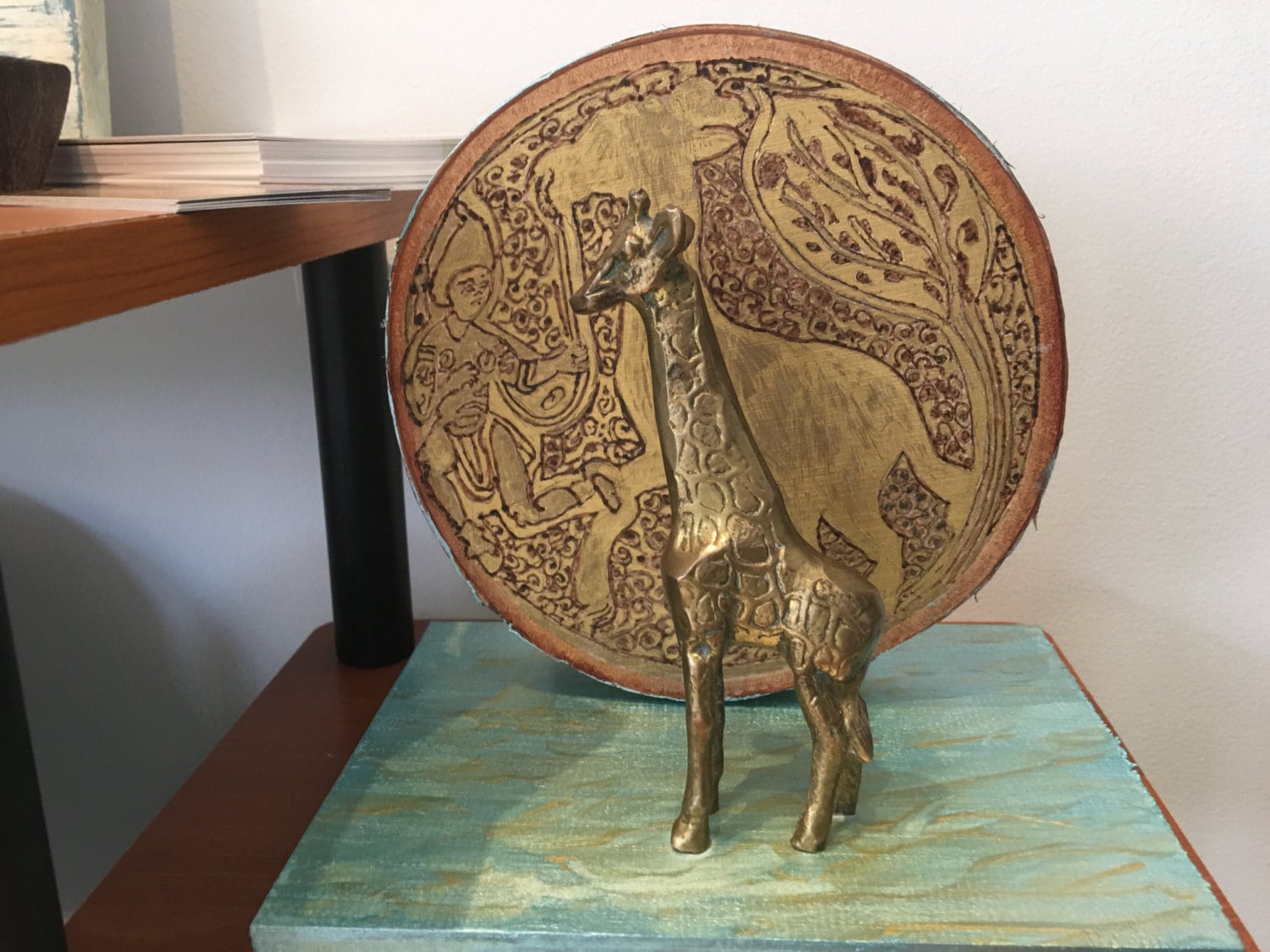 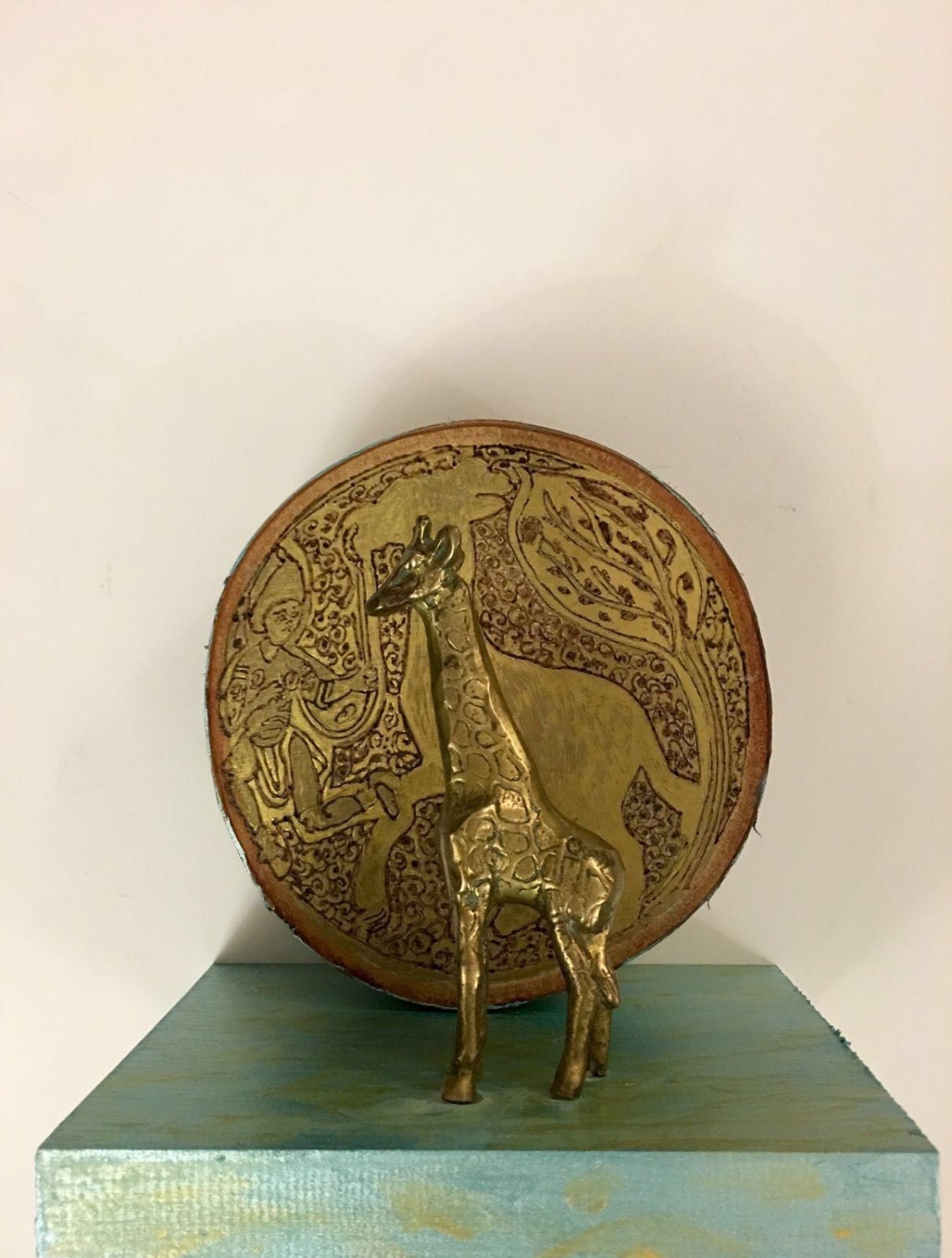 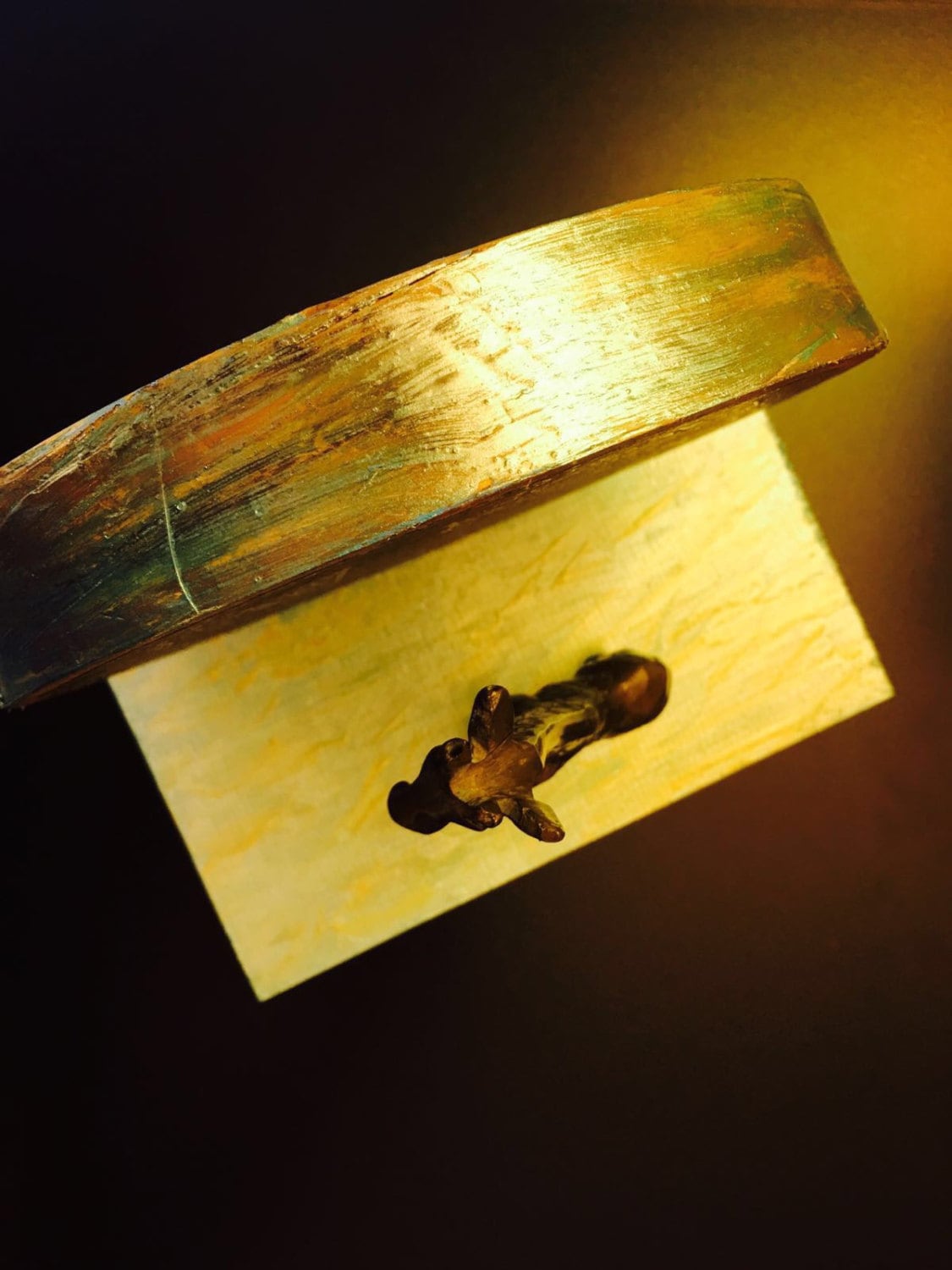 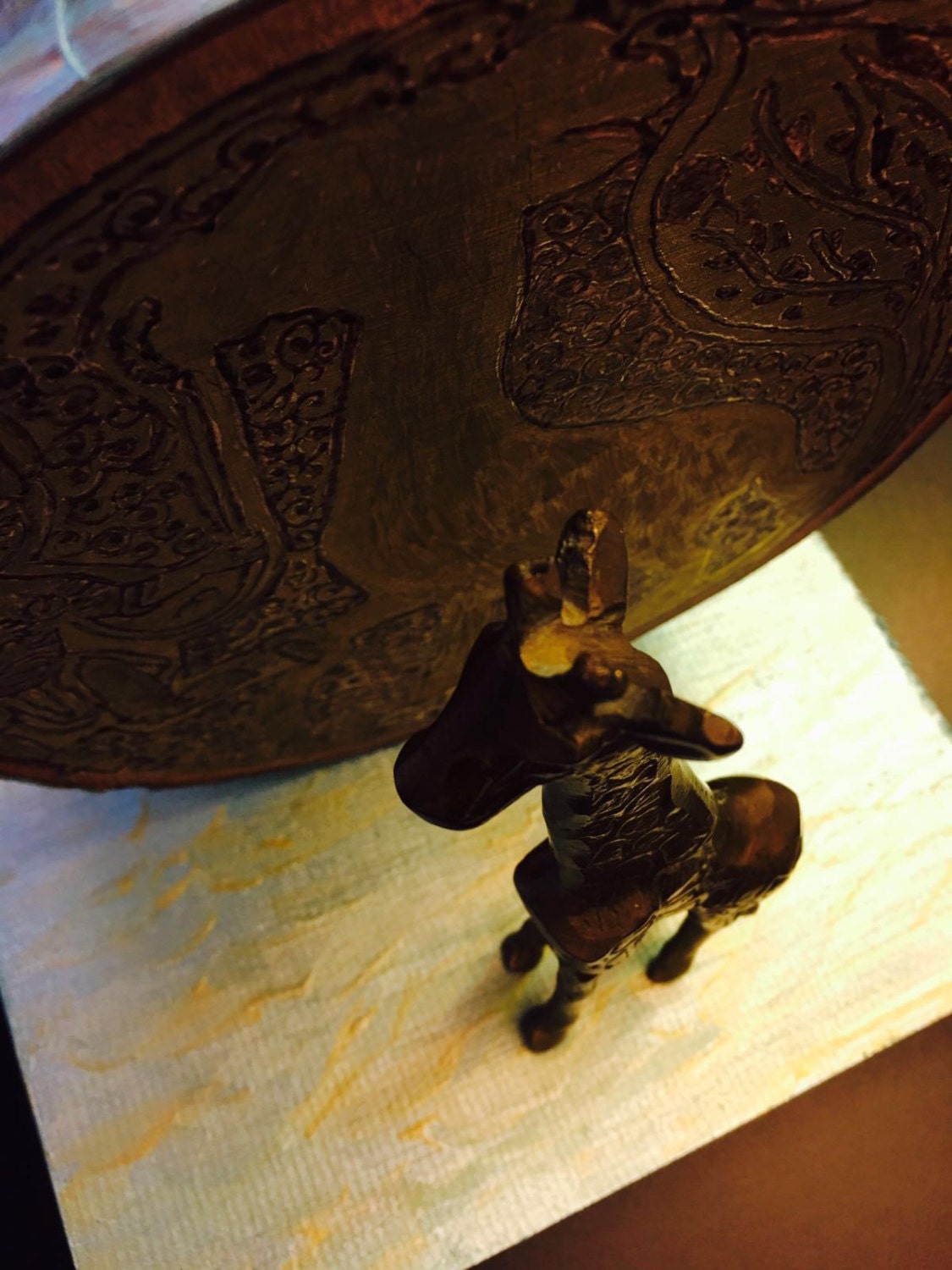 THIS ITEM WILL SHIP THE SAME DAY YOU BUY IT.The giraffe and handler is a common motif branching across several cultures and time periods. The giraffe was considered an exotic animal since ancient times and Roman emperors, Byzantine and Muslim rulers, and premodern European sovereigns saw this animal as both a sign of luxury and a symbol of diplomacy. The giraffe being pulled by a handler is a common motif found in ancient mosaics, medieval ceramics and carvings, as well as drawings in manuscripts. Here at the arabesque we designed a decorative home or office decor piece. The woodburned design on a 6 inch diameter natural birch round depicts a scene from a medieval Fatimid ceramic plate made in 11th century Cairo. The bottom base of this piece measures 8 x 8 inches. We included this piece as part of our Break Free series. Rather than follow the traditional age-old motif of the handler pulling around a roped giraffe, our brass vintage giraffe from the 1960's is breaking free from the original art. So if you admire independence and individualism - and love giraffes - this piece is for you.