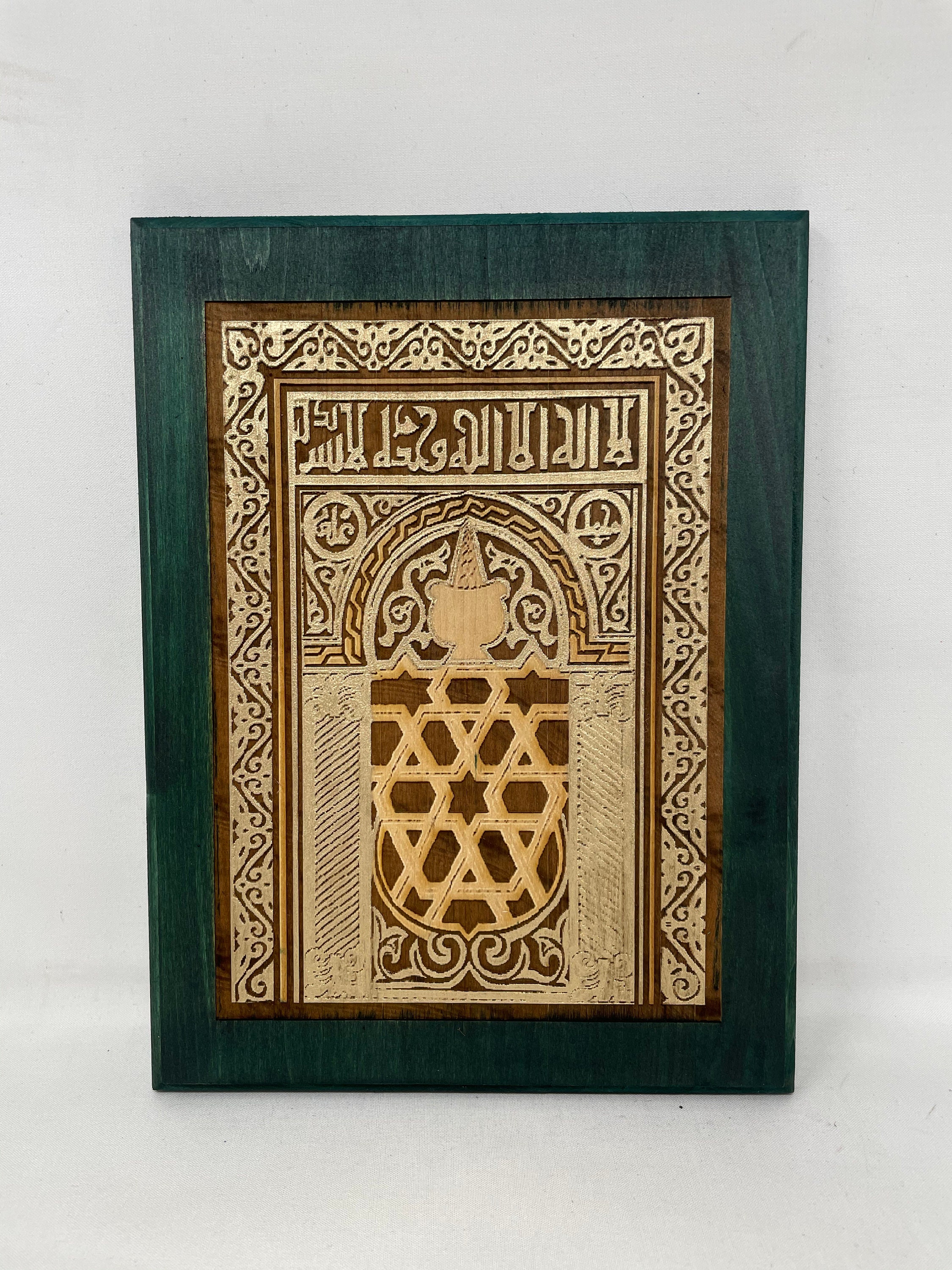 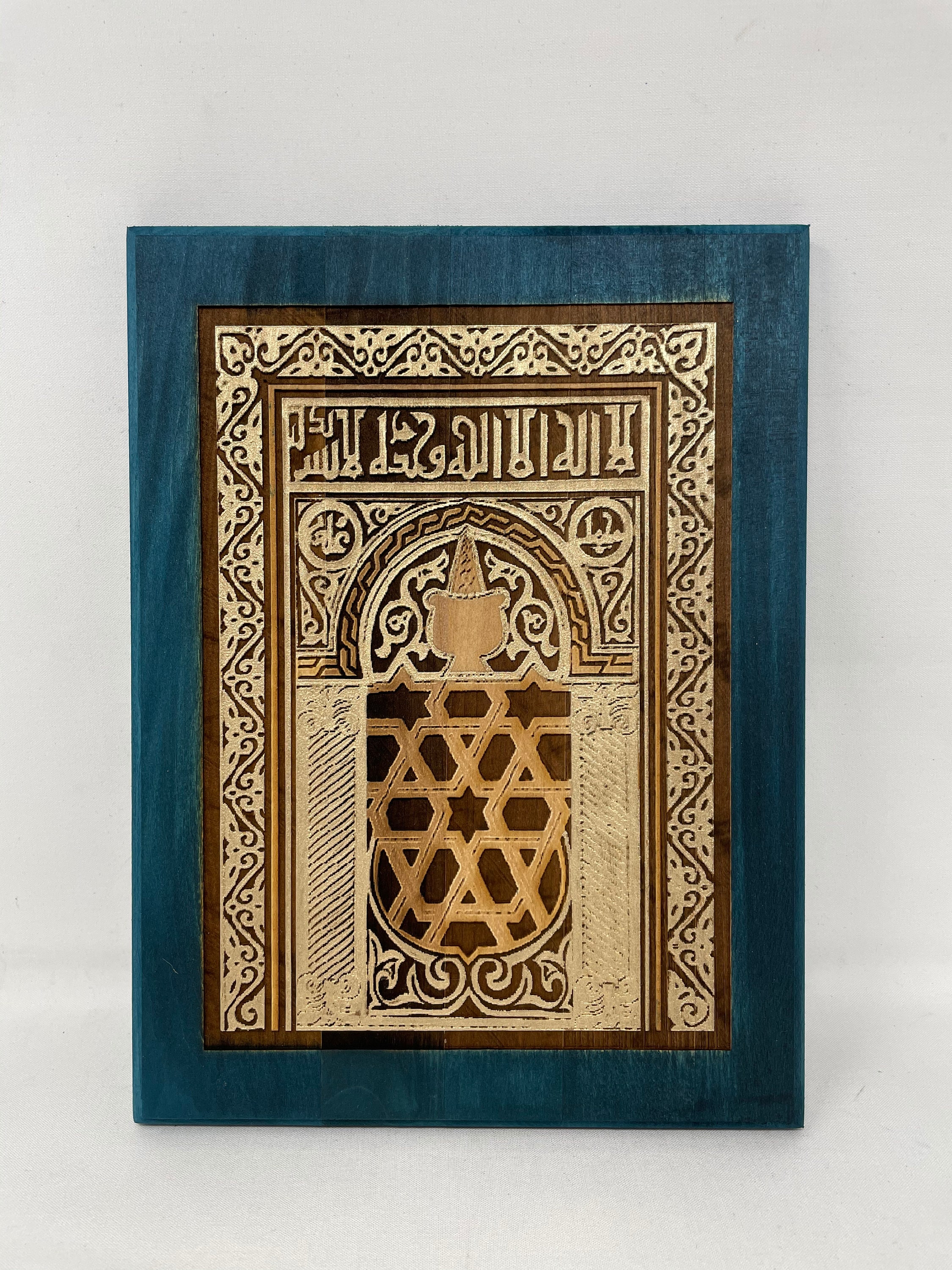 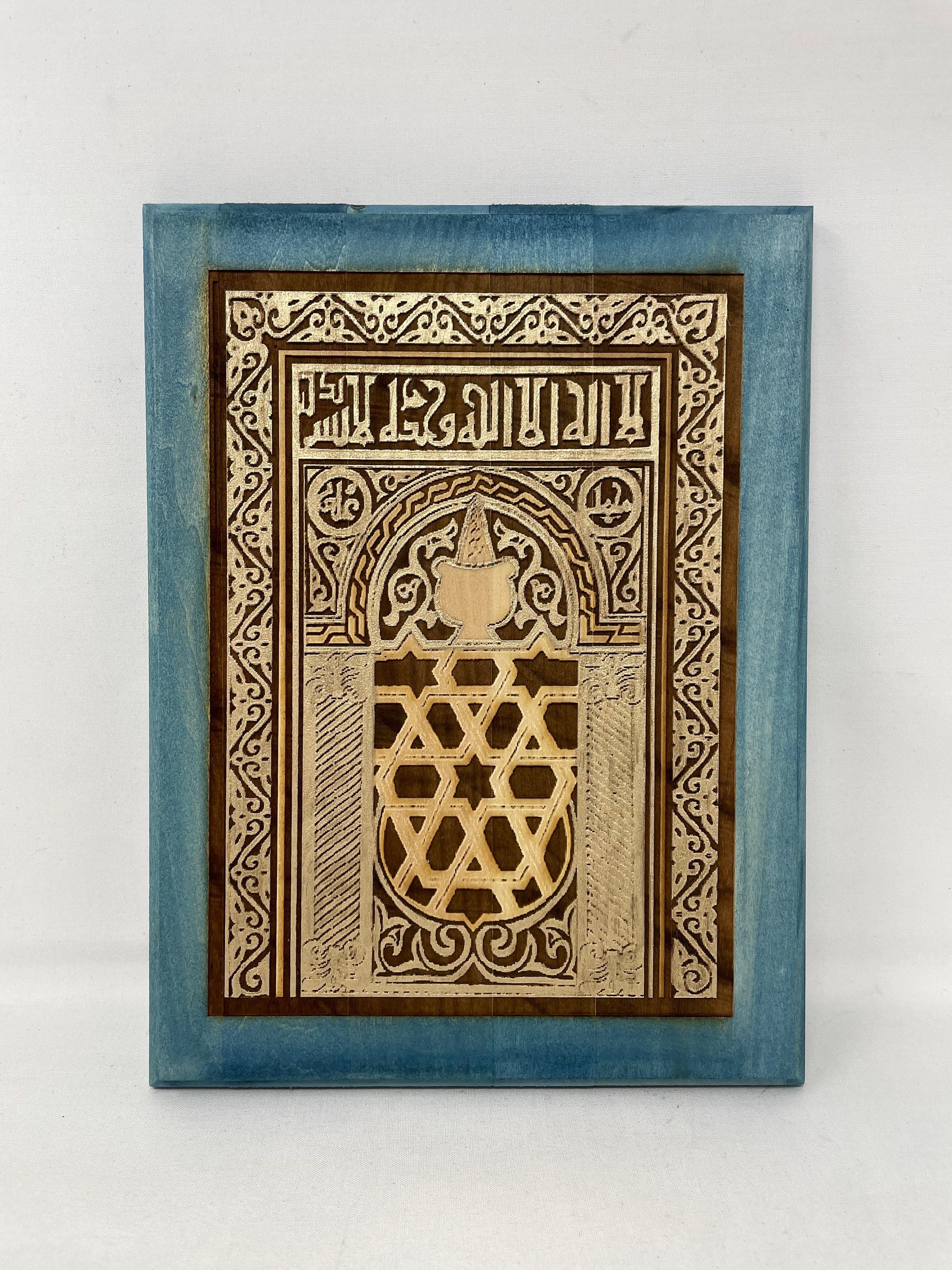 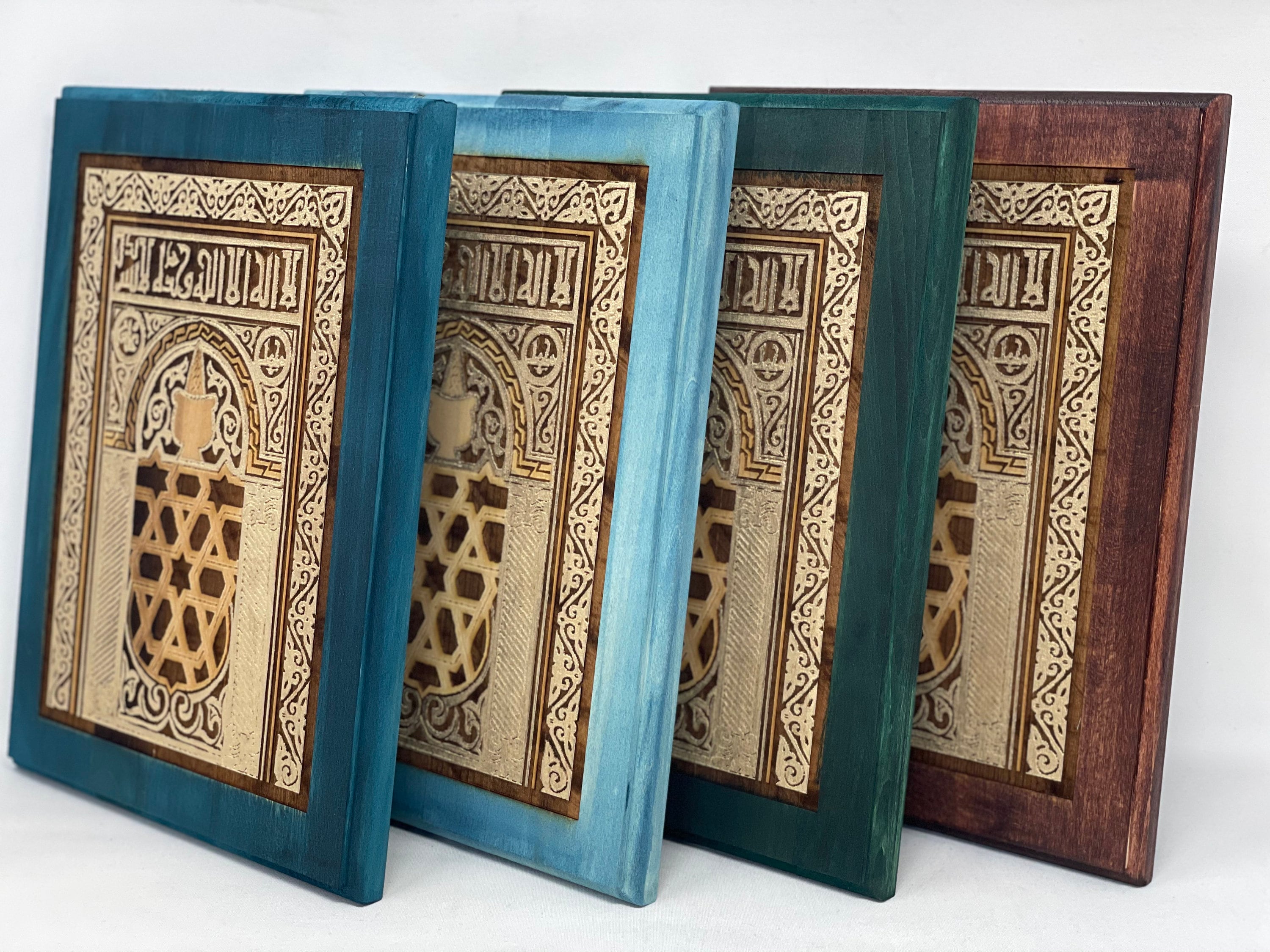 The al-Aqmar mosque was built in the twelfth century by the Fatimid rulers of Egypt in their palace city of al-Qahira. Al-Qahira means victorious in Arabic and it was the name given to the city by the Fatimid rulers who made it their capital when they shifted their capital from Tunisia to Egypt in 969. The Fatimids ruled from this magnificent city until 1171, and during their 200-year rule in Egypt, they built several monuments. The al-Aqmar mosque is one of their monuments. It is a unique building that has a facade that faces the street, but once one enters the building the angle of the interior of the buildings shifts to align itself with the direction of the qibla. The exterior facade of the mosque has several motifs that represent the Fatimid style of art in the 11th and 12th centuries. Many of these motifs, carved into the facade of the al-Aqmar mosque bear distinct Fatimid ideologies.

This wall hanging has been finished in a sky blue stain and gold leaf paint. It measures 12 inches in height and 9 inches in width.