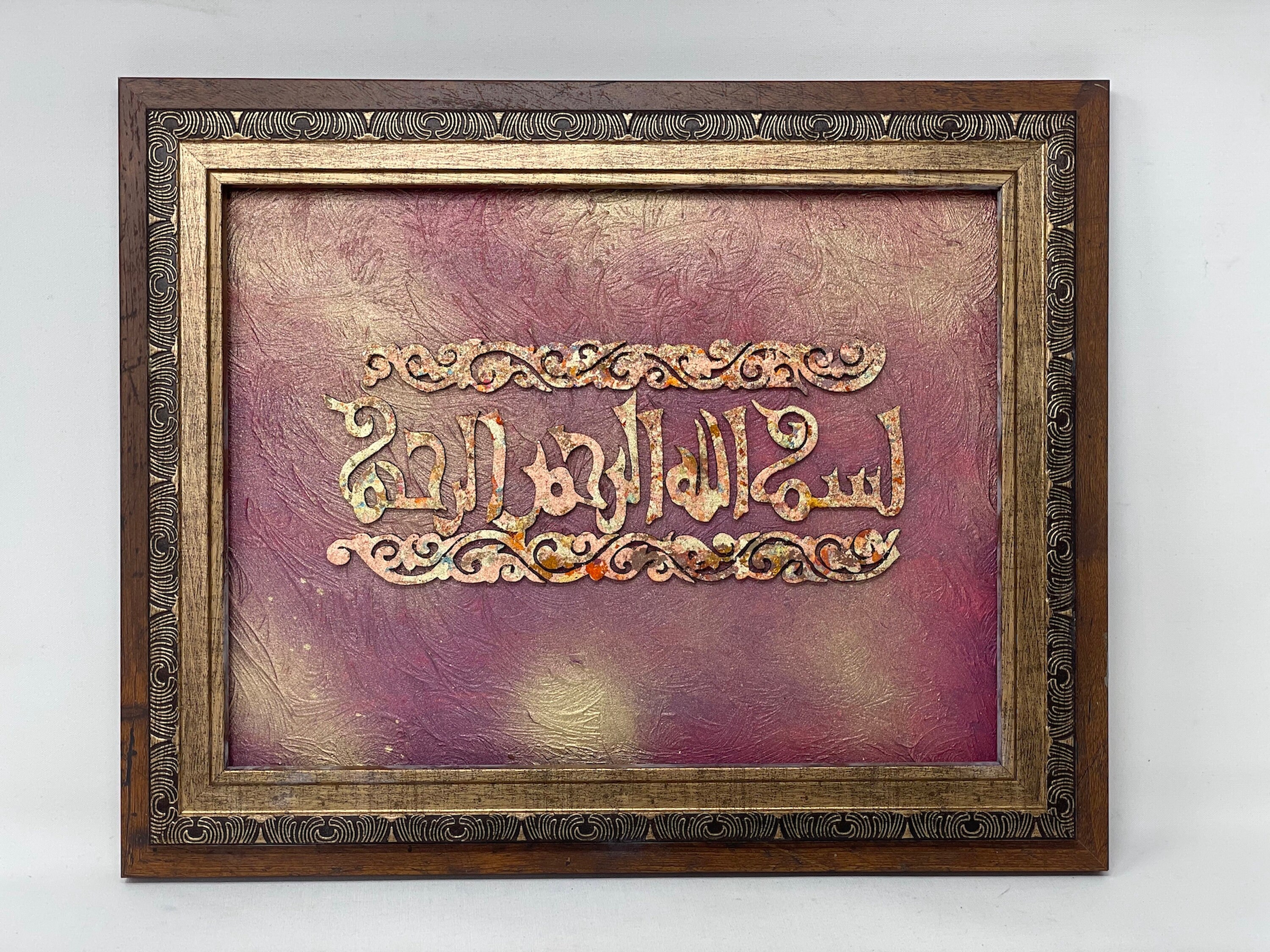 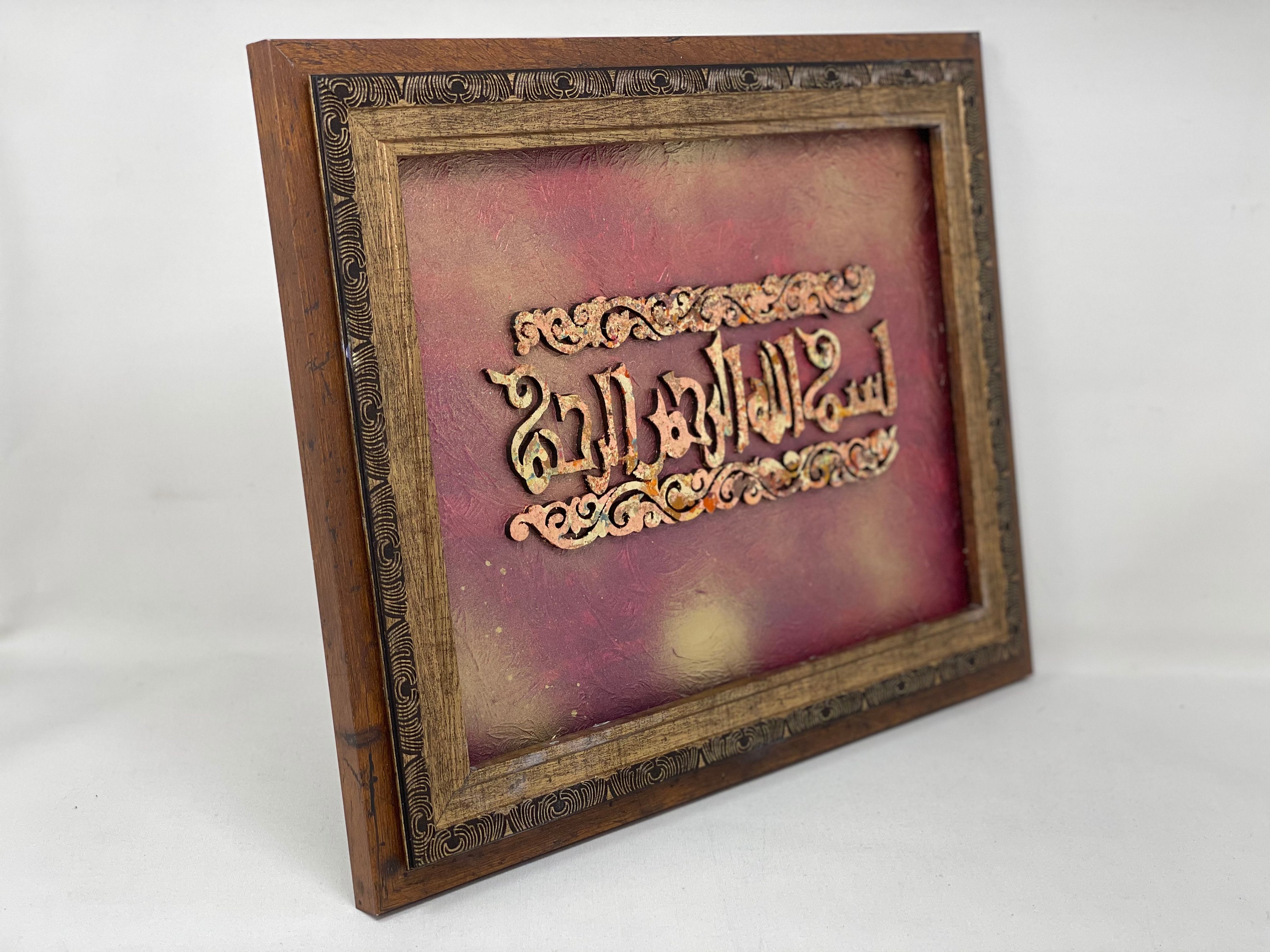 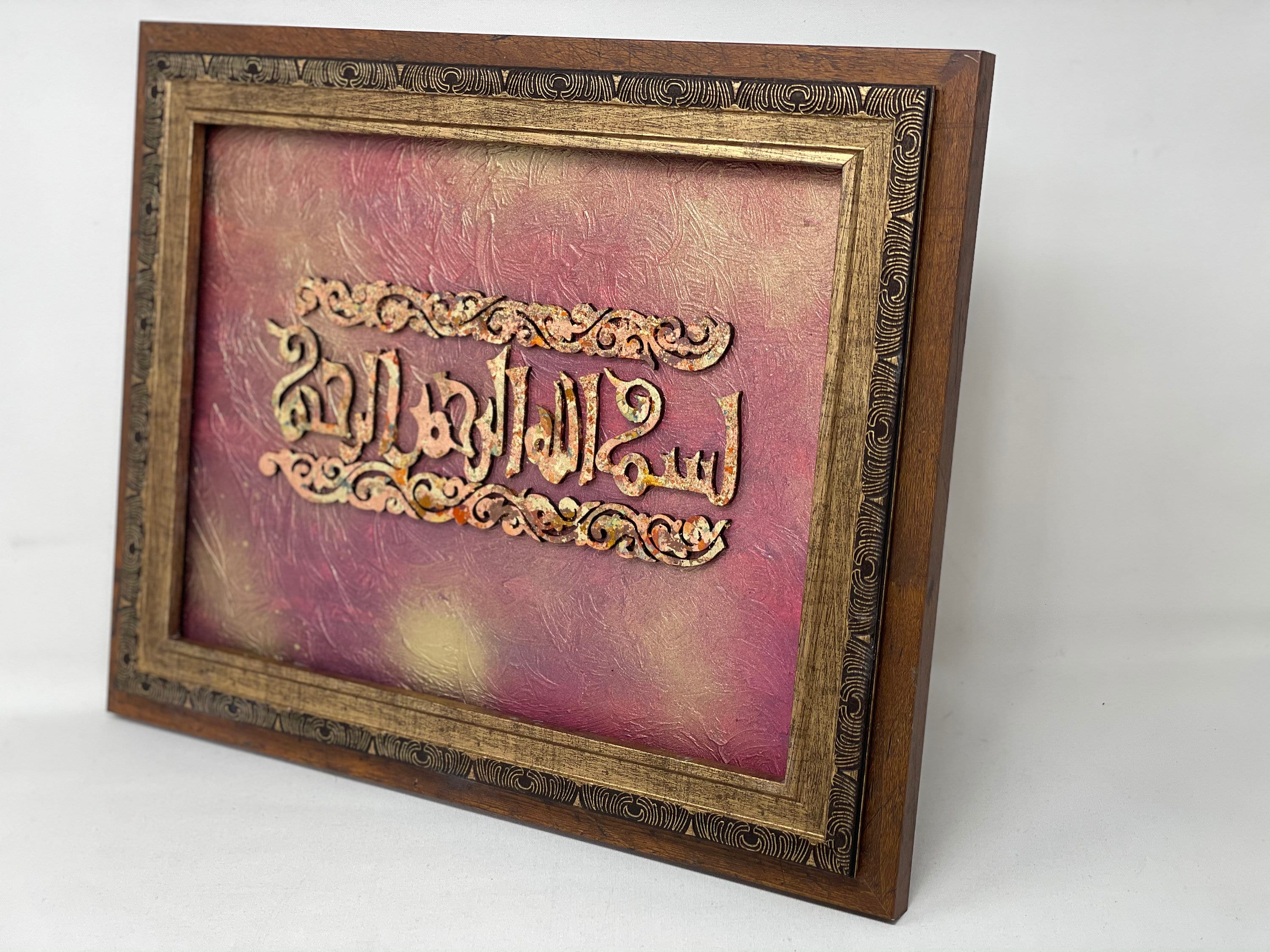 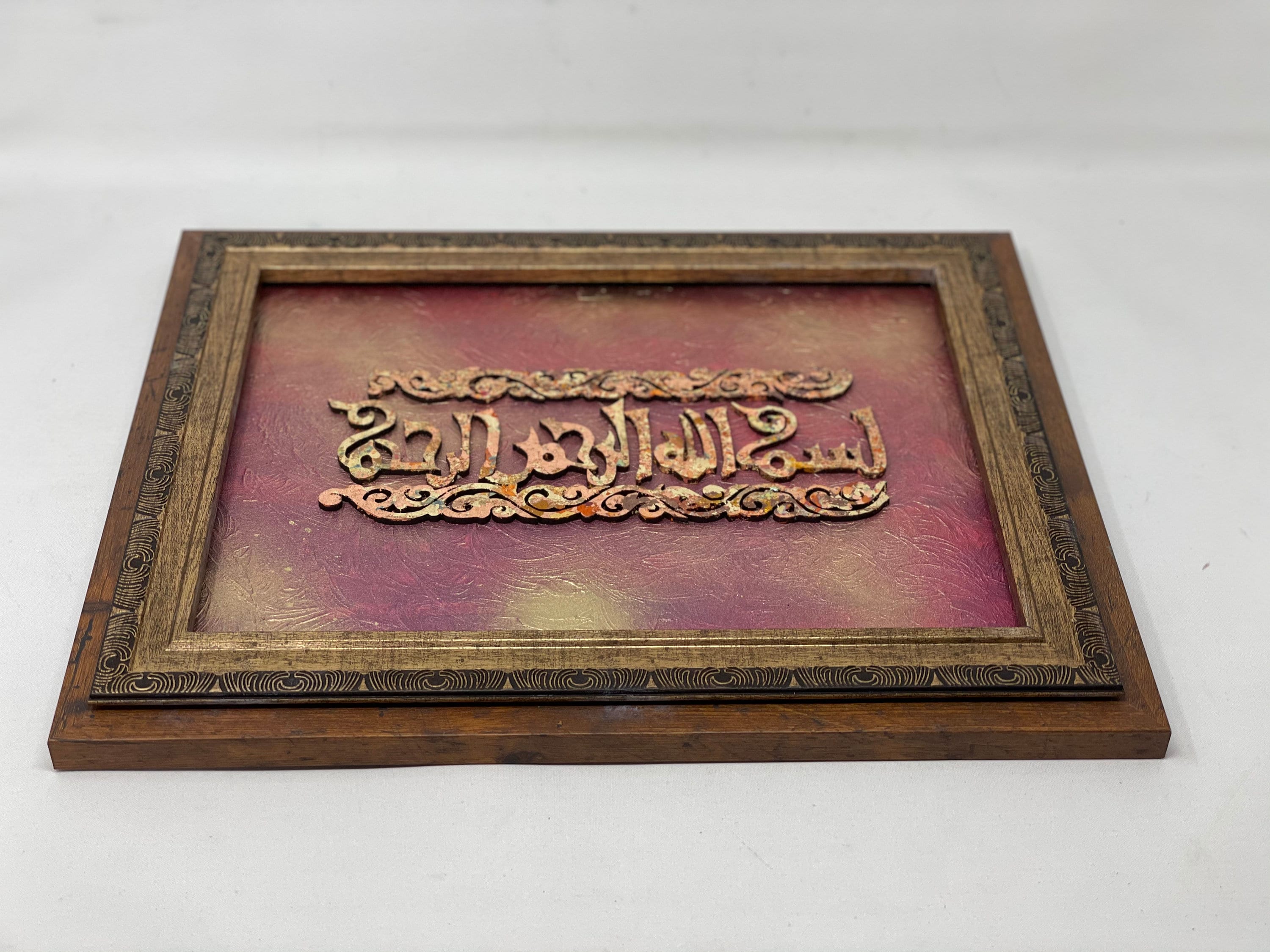 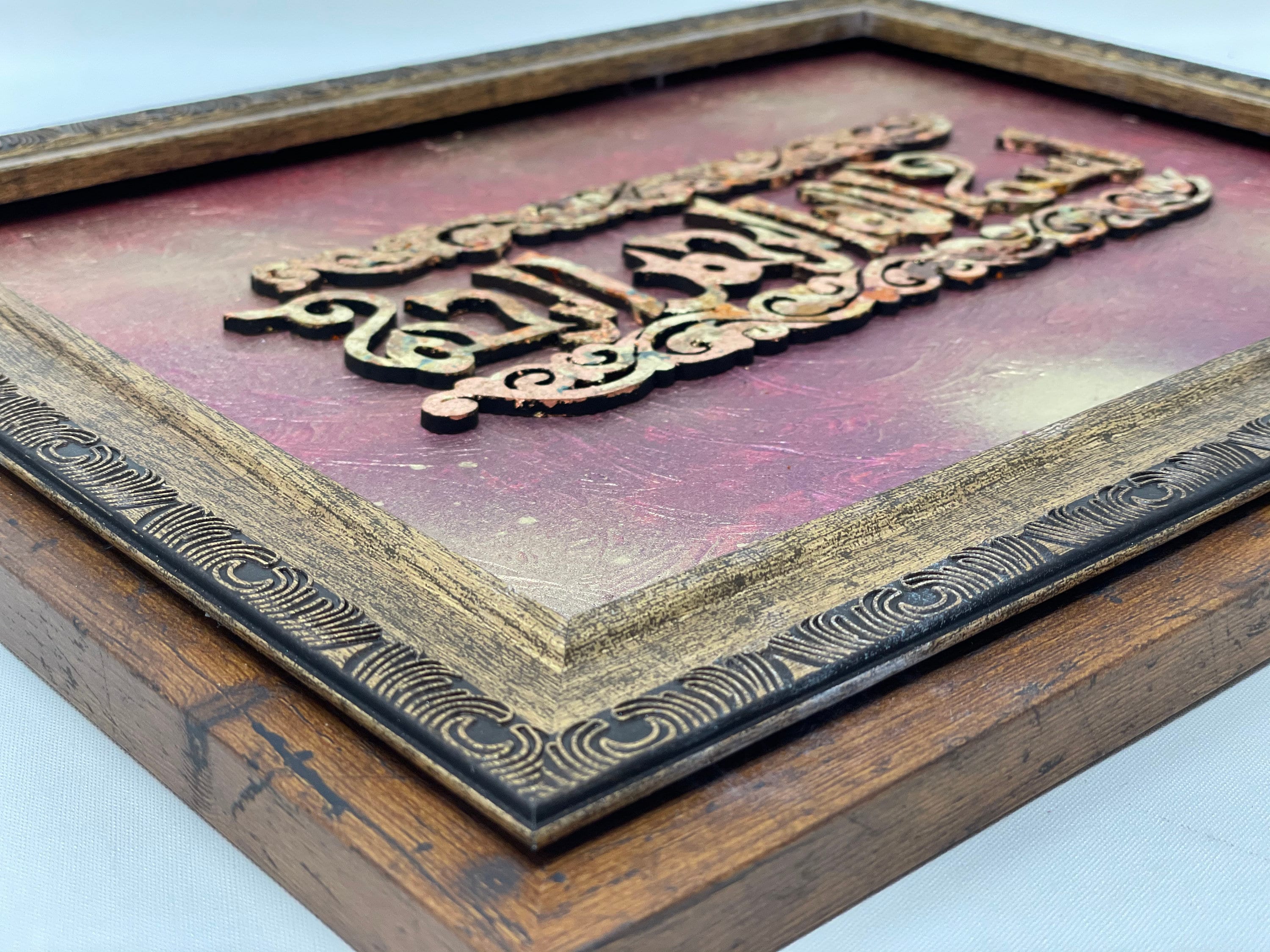 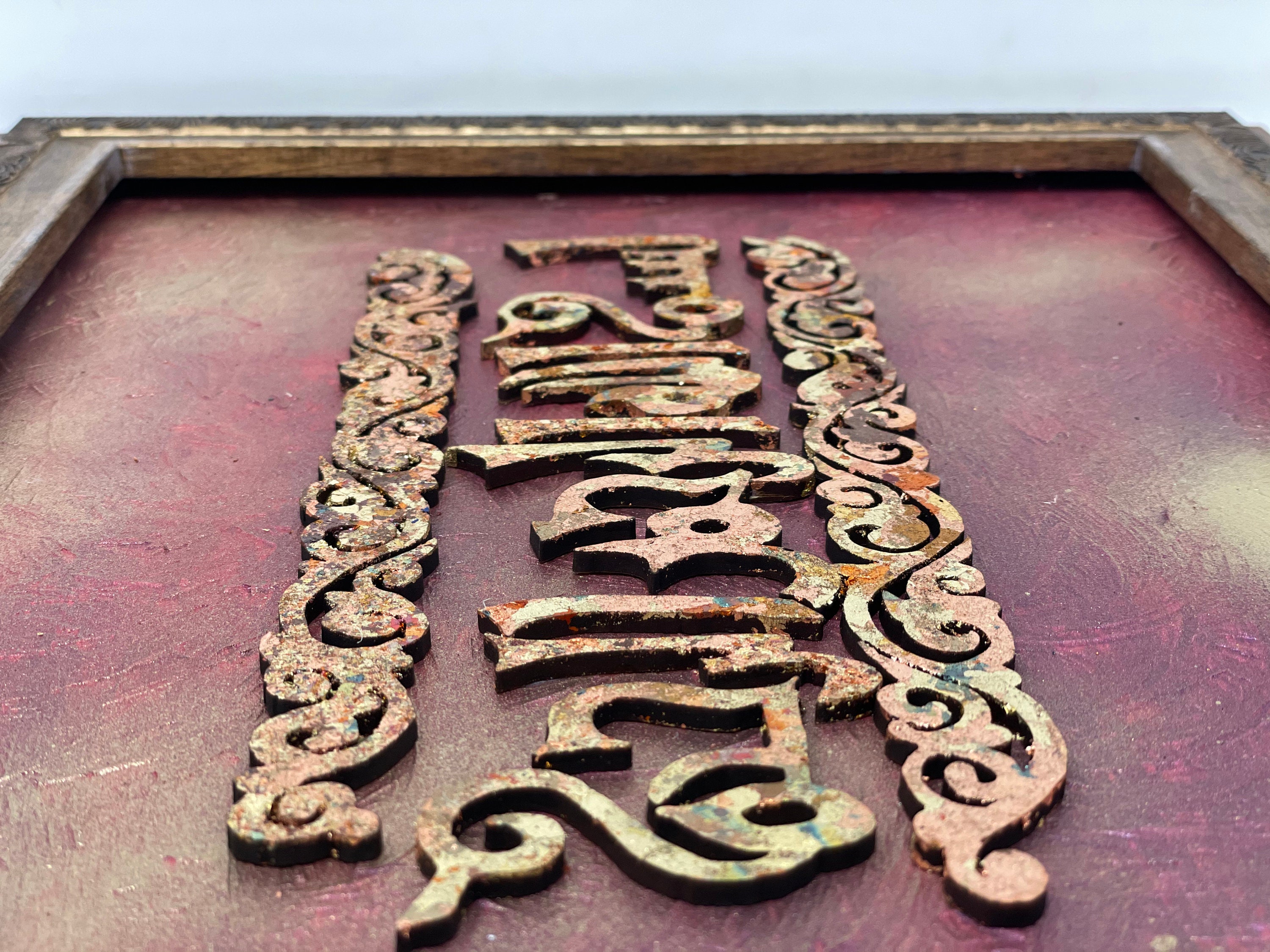 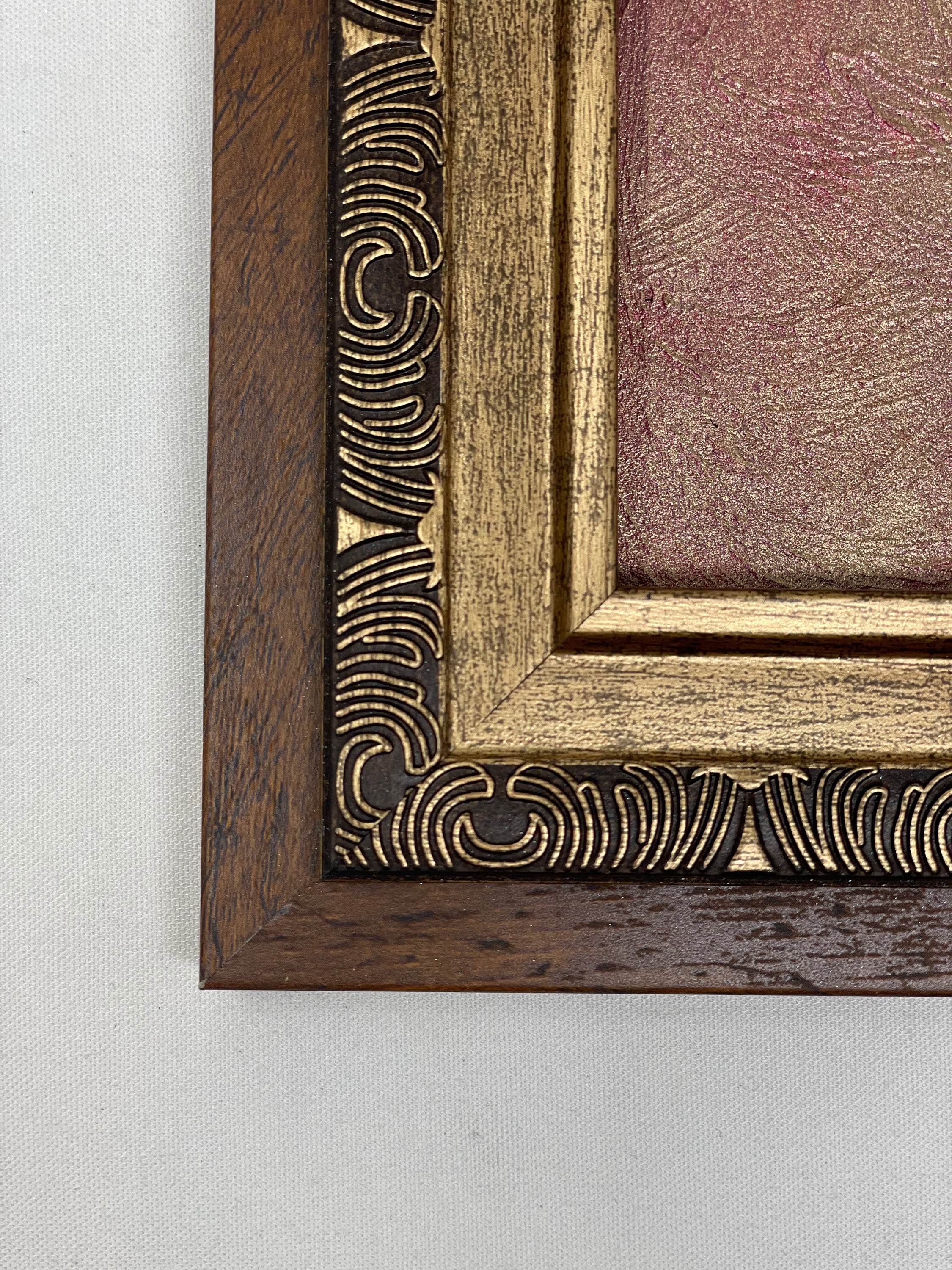 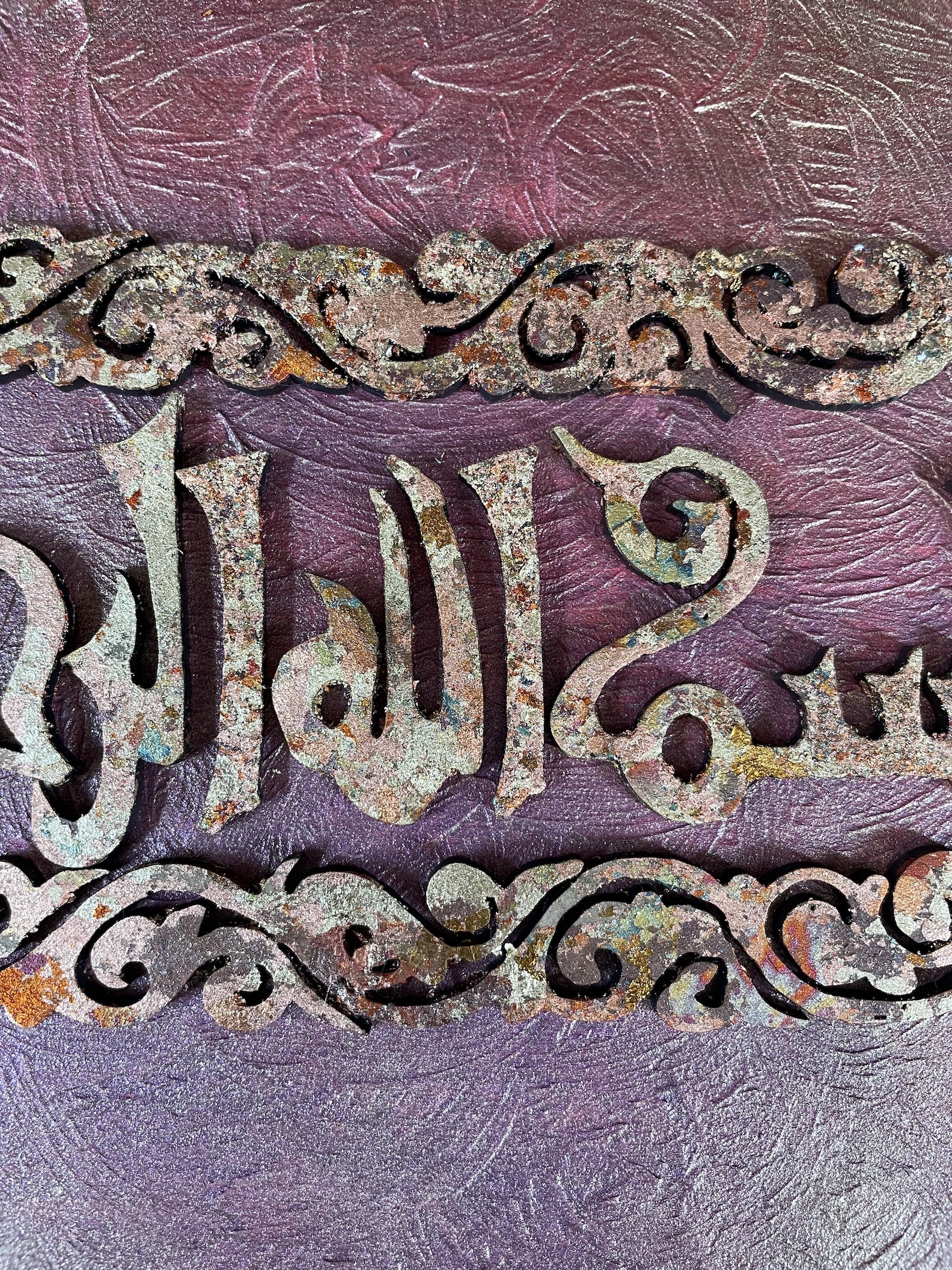 Kufic is the popular word attributed to angular Arabic script which dominated medieval Islamic art and architecture from the beginning of the 8th to the end of the 12th century until it slowly began to be replaced with more rounded forms of Arabic script. The Fatimids were an Islamic dynasty in Egypt and North Africa and ruled parts of North Africa, the Mediterranean, Egypt, and the Levant and Arabian peninsula between 909 - 1171. Among creating several unique forms of expression within the vocabulary of medieval Islamic art, they are known for the beautiful floriated kufic inscriptions that covered their art and architecture. This framed "Bismillah" wall plaque, is an example of prime imperial Fatimid angular Arabic script (Kufic) accompanied by arabesque ornament which we took from contemporary architecture and textile fabric design created around the same time as this beautiful script. This artwork has been textured, custom painted, embellished with metallic leaf, and framed accordingly to create a beautiful eye-catching historically-rich work of art for your favorite space in your home or office.