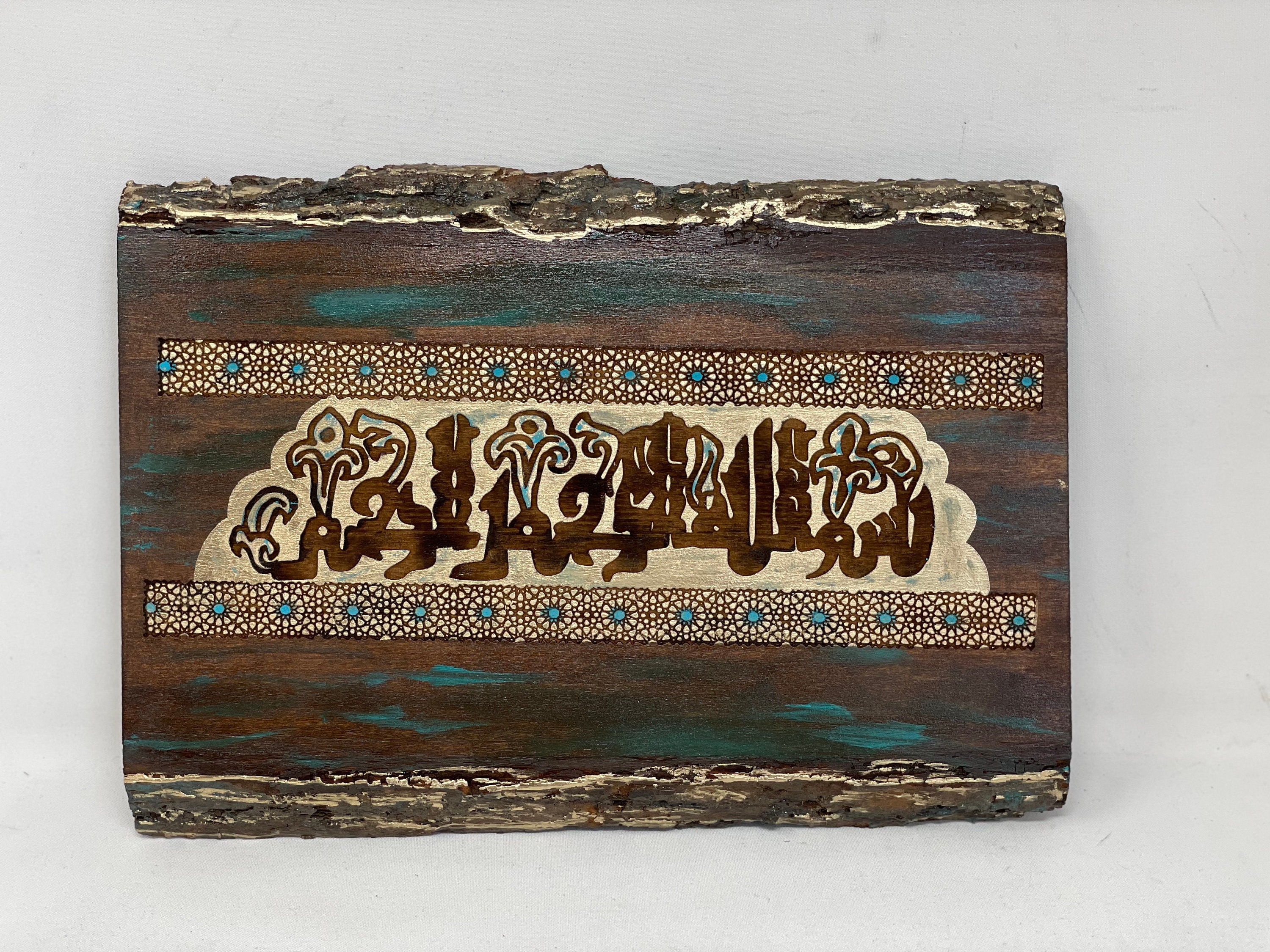 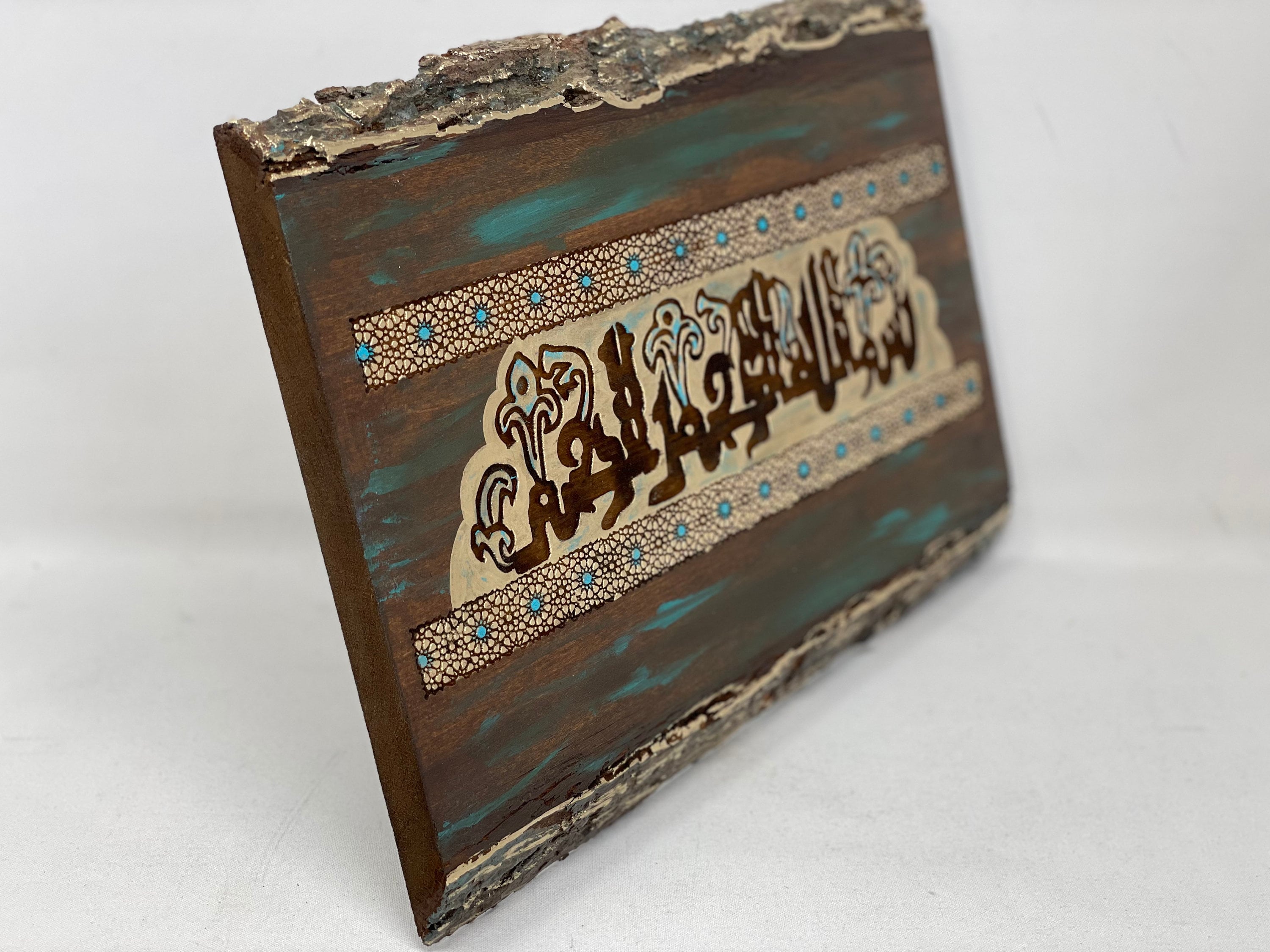 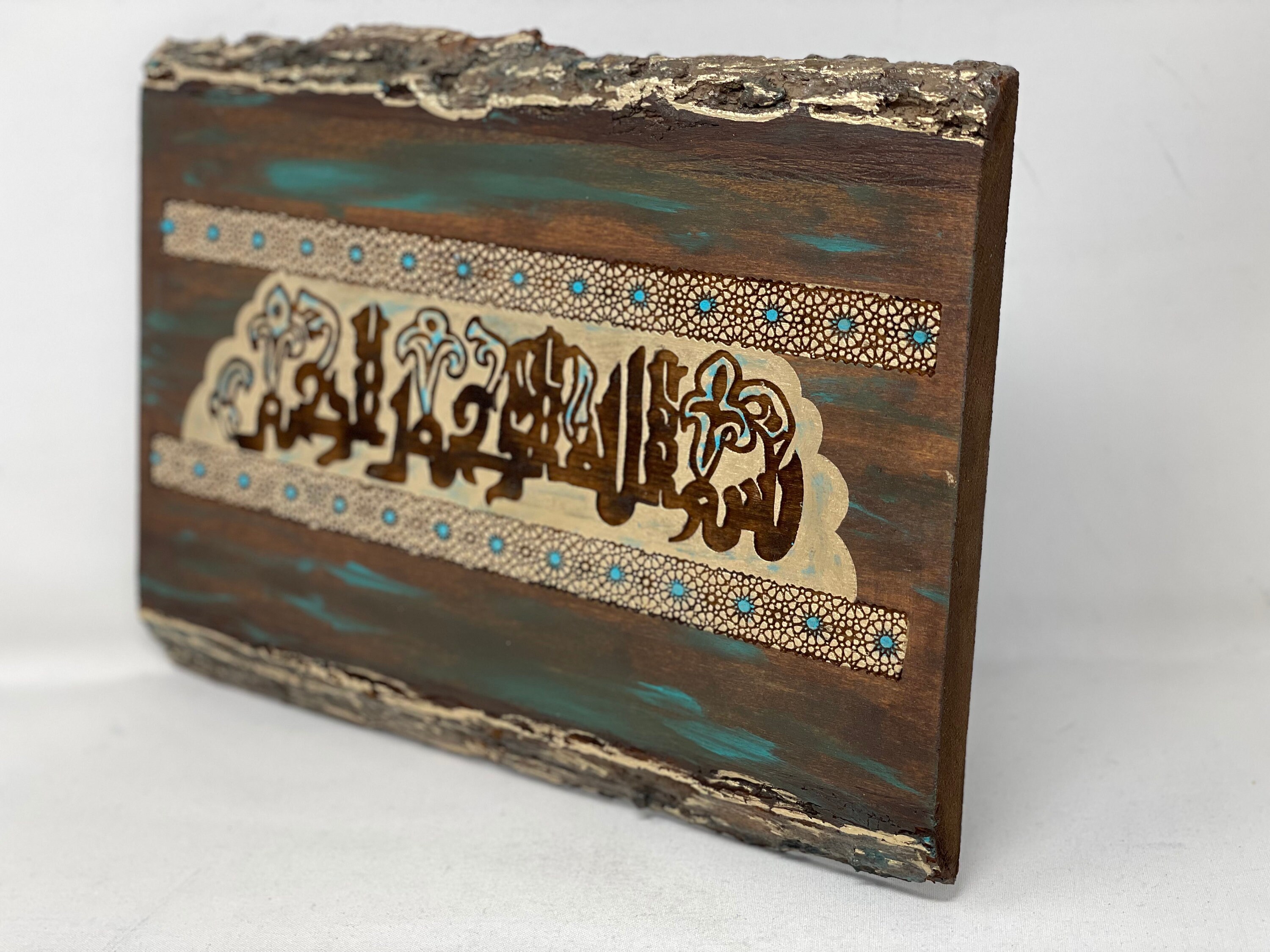 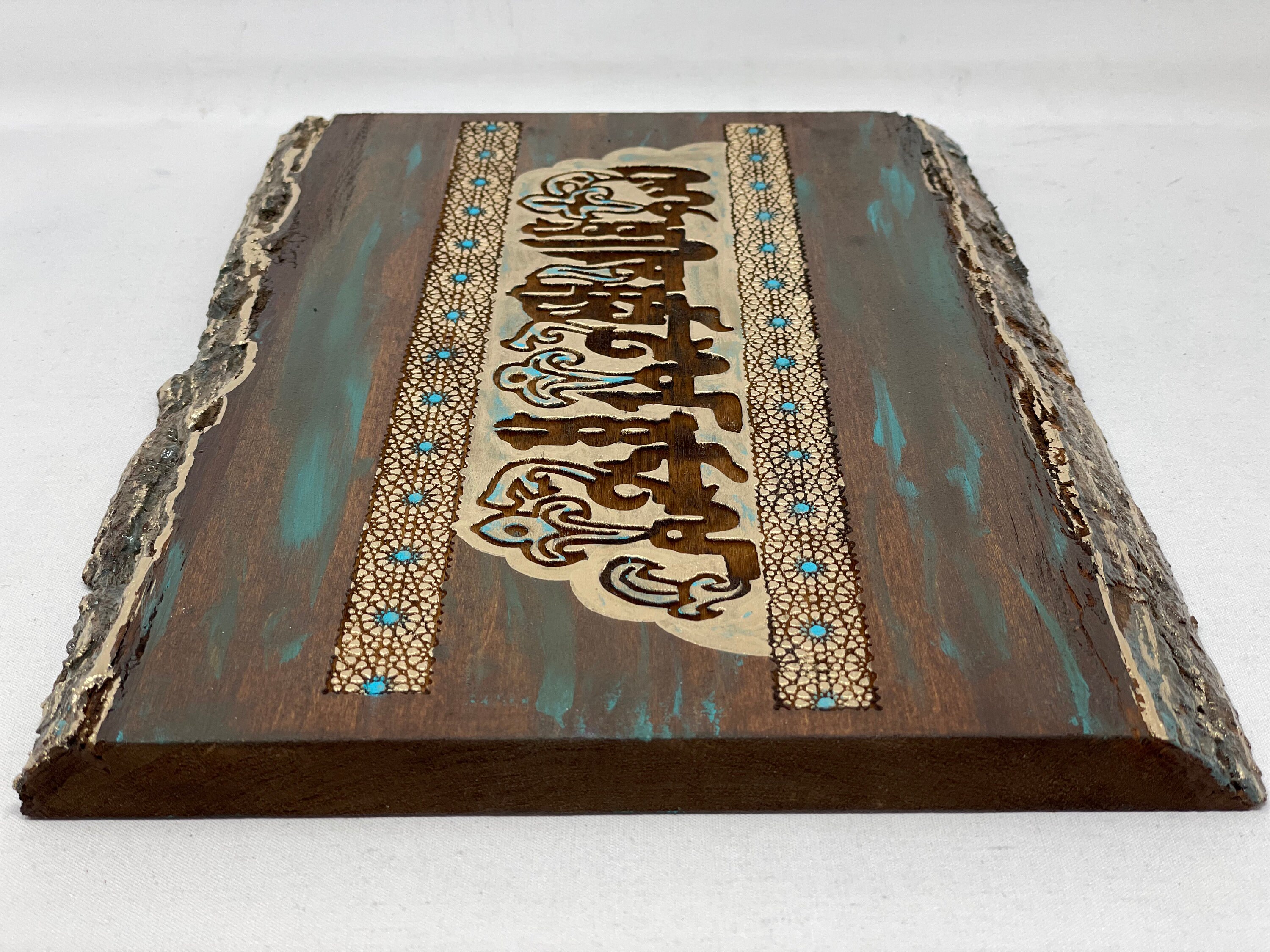 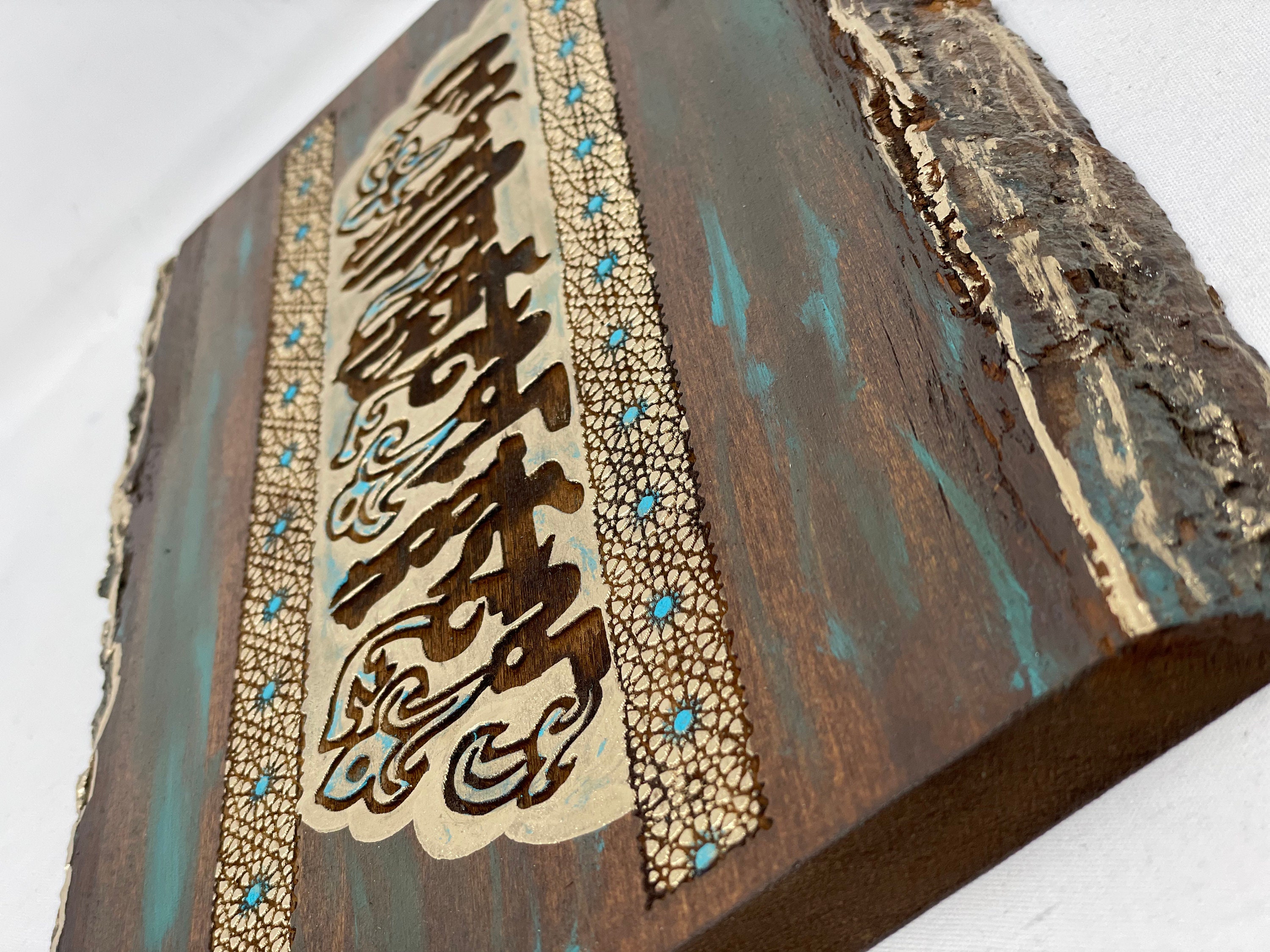 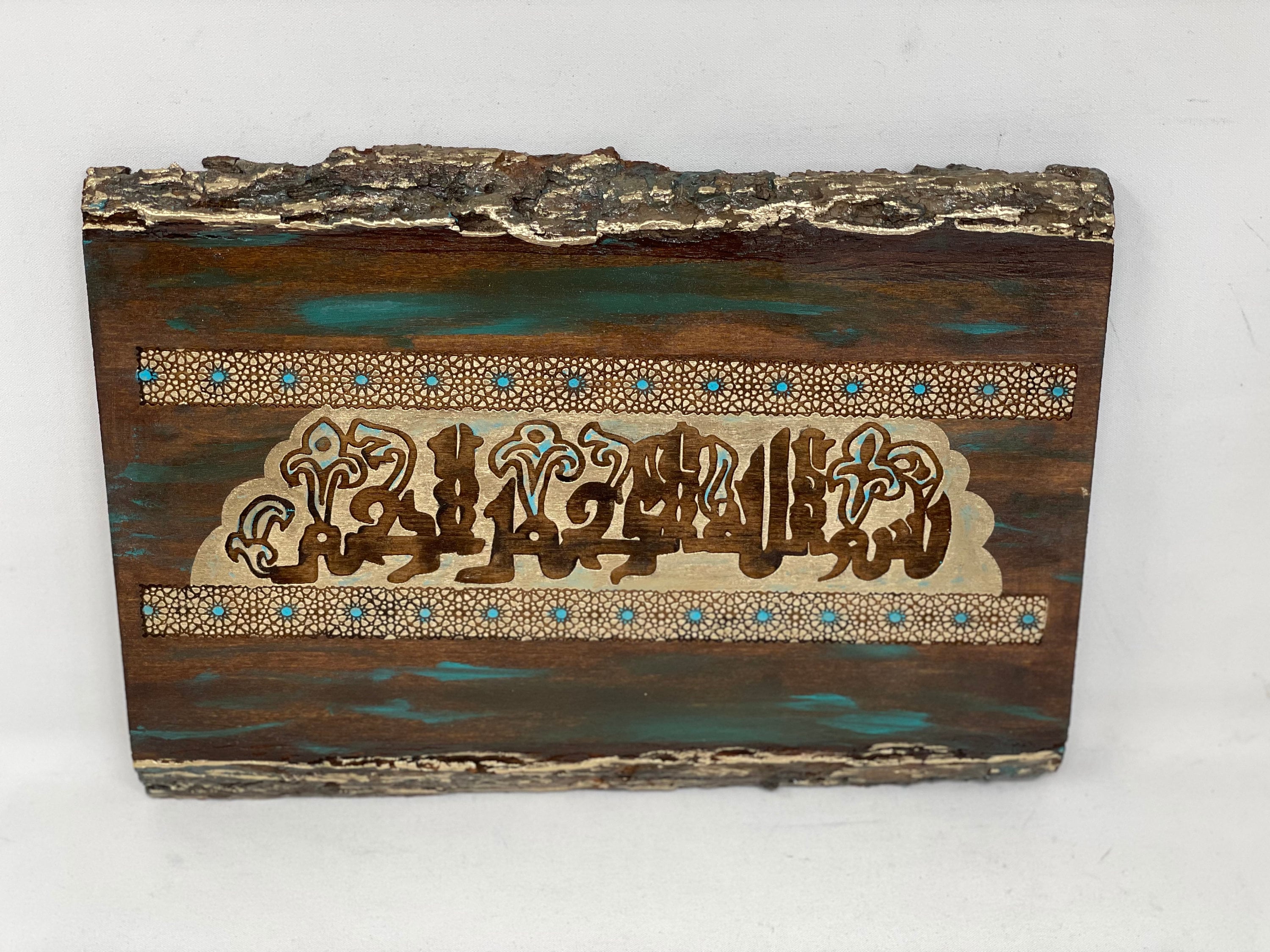 Kufic is the popular word attributed to angular Arabic script which dominated medieval Islamic art and architecture from the beginning of the 8th to the end of the 12th century until it slowly began to be replaced with more rounded forms of Arabic script. Medieval Muslims created several unique forms of visual art using epigraphic phrases which became common expressions of medieval Islamic art. The beautiful floriated Kufic script was particularly used extensively in Seljuk art and architecture The Seljuks were a Turko-Persian empire that ruled much of Iran between the 11th and 12th century.

This "Bismillah" is based on a Seljuk inscriptional plaque dating to 1109 and currently in the David Collection in Copenhagen. The palmettes and particular angular shapes of the Arabic script (Kufic) indicate that this inscription belongs to the region of Iran.

This one-of-a-kind historically sourced artwork has been laser-etched, custom stainted and painted with brilliant gold leaf paint and patina. It has been embellished to create a beautiful eye-catching historically-rich work of art for your favorite space in your home or office.

It is made in the USA by us at The Arabesque.