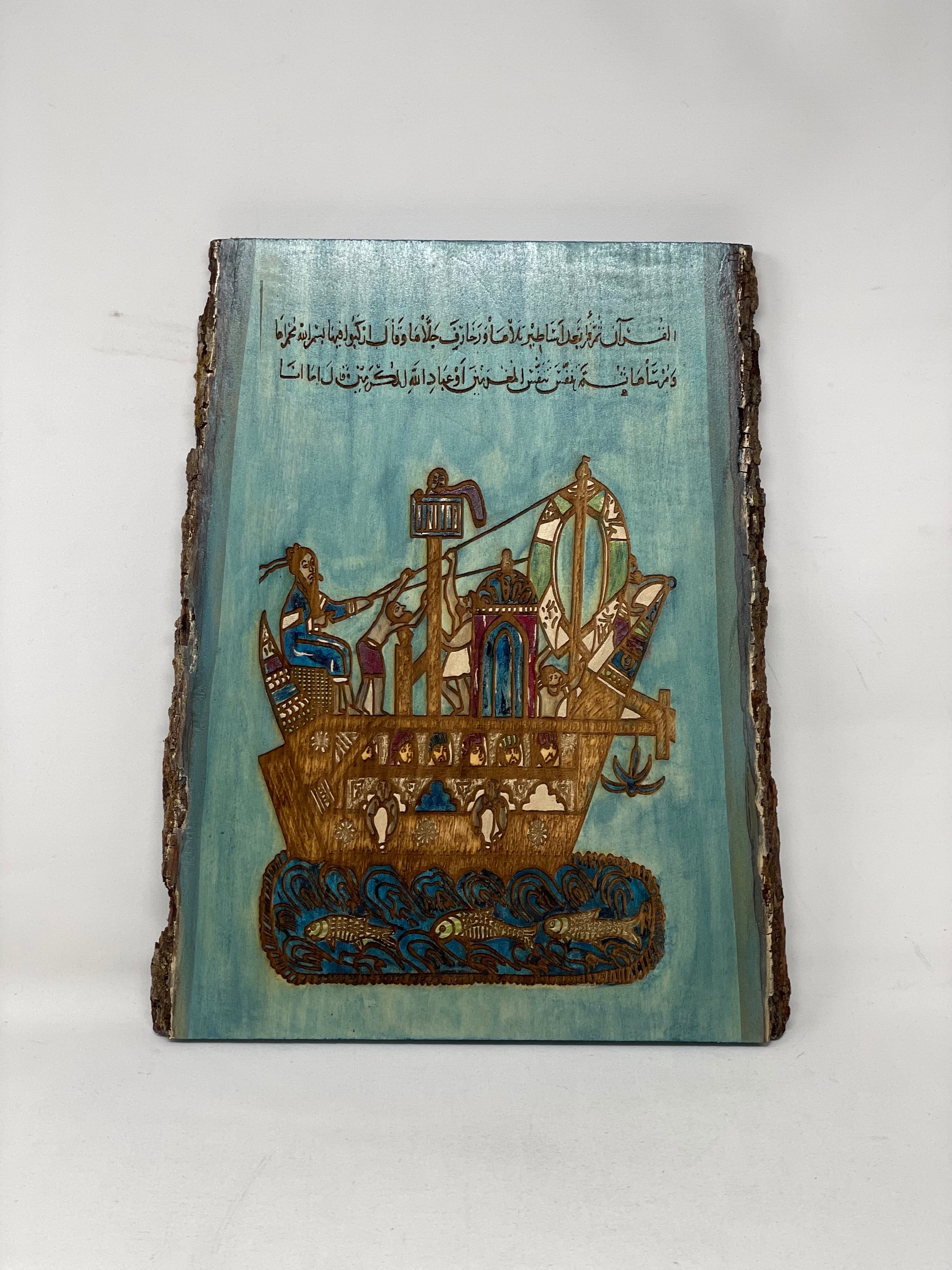 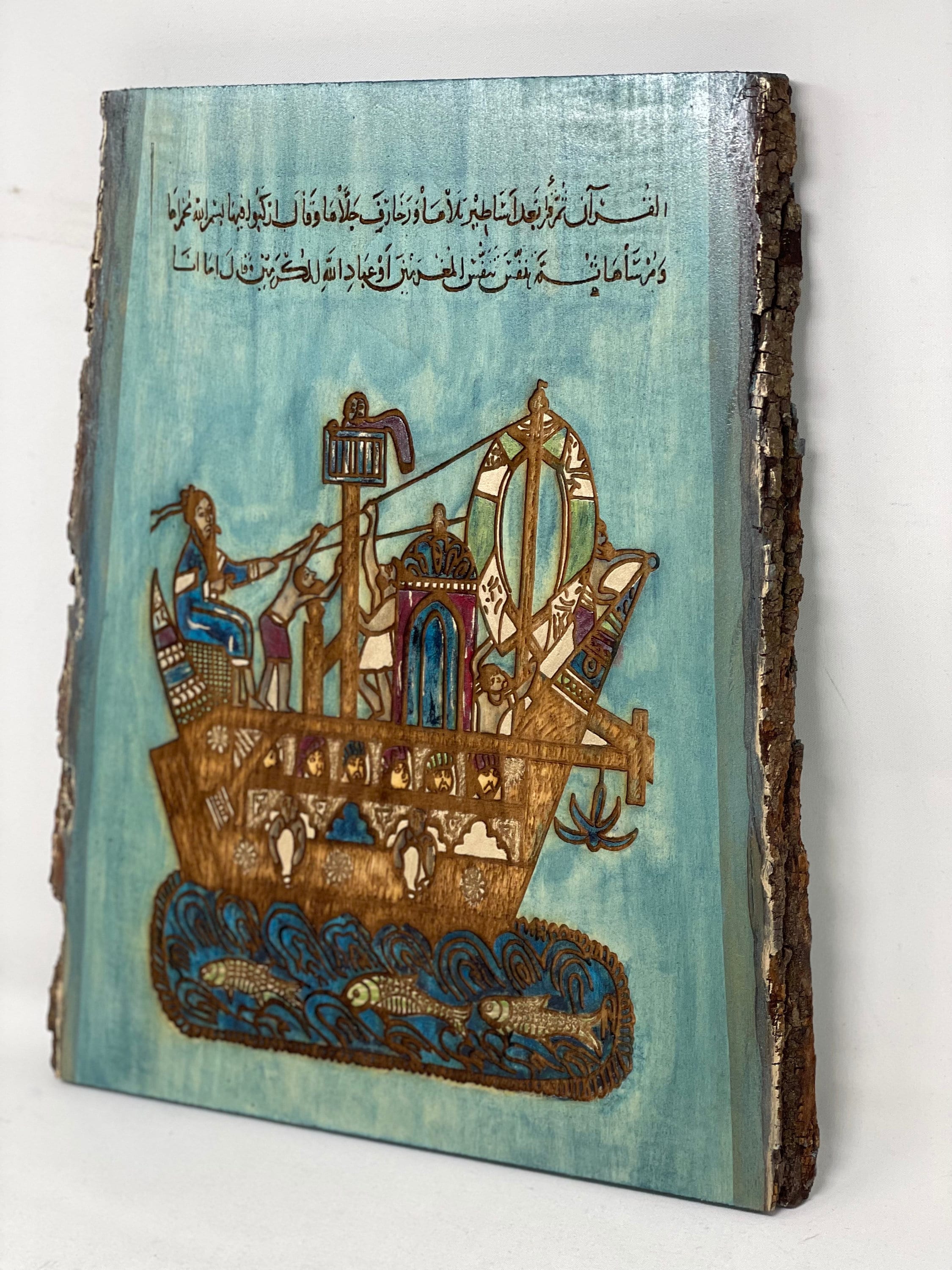 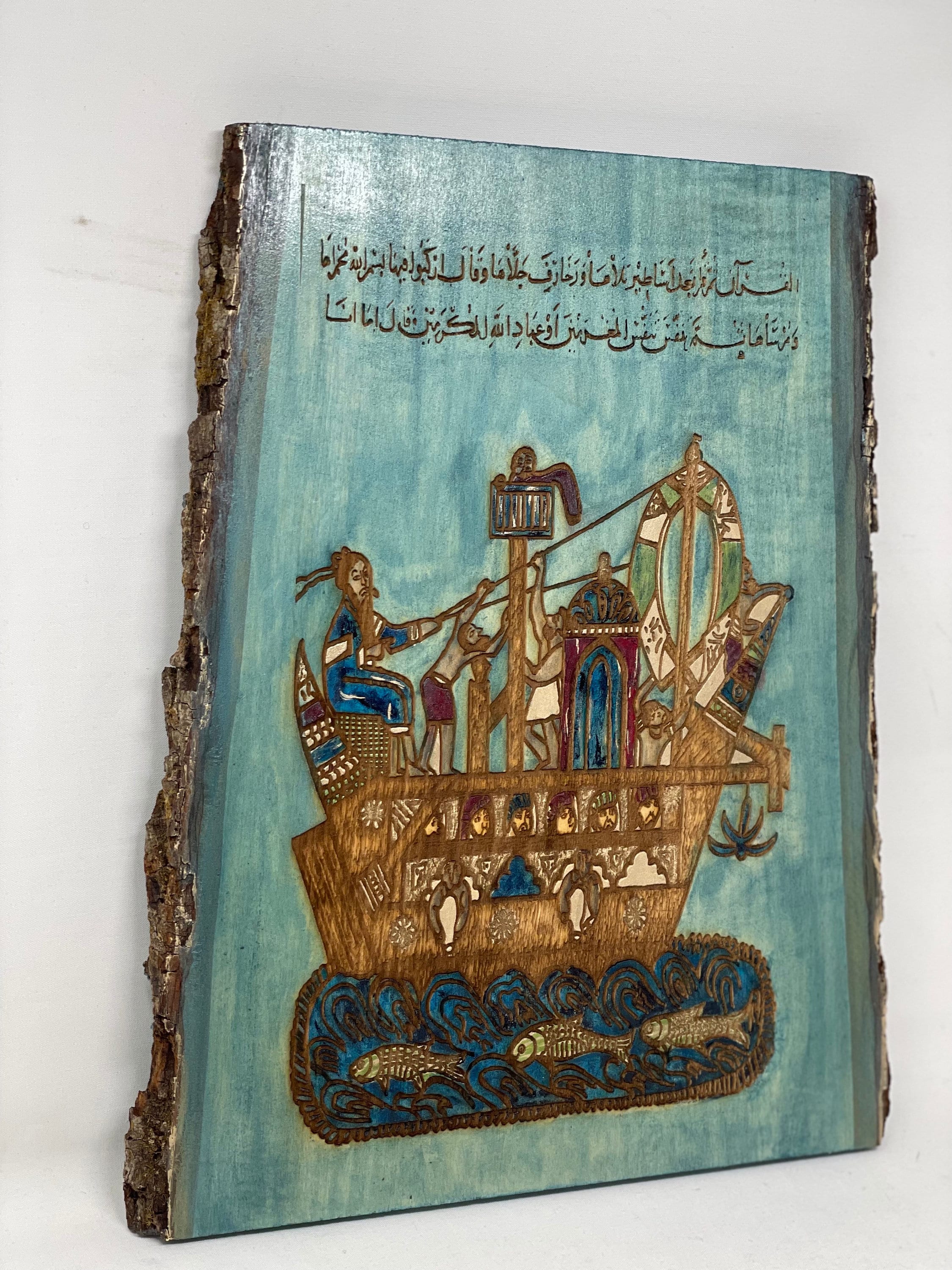 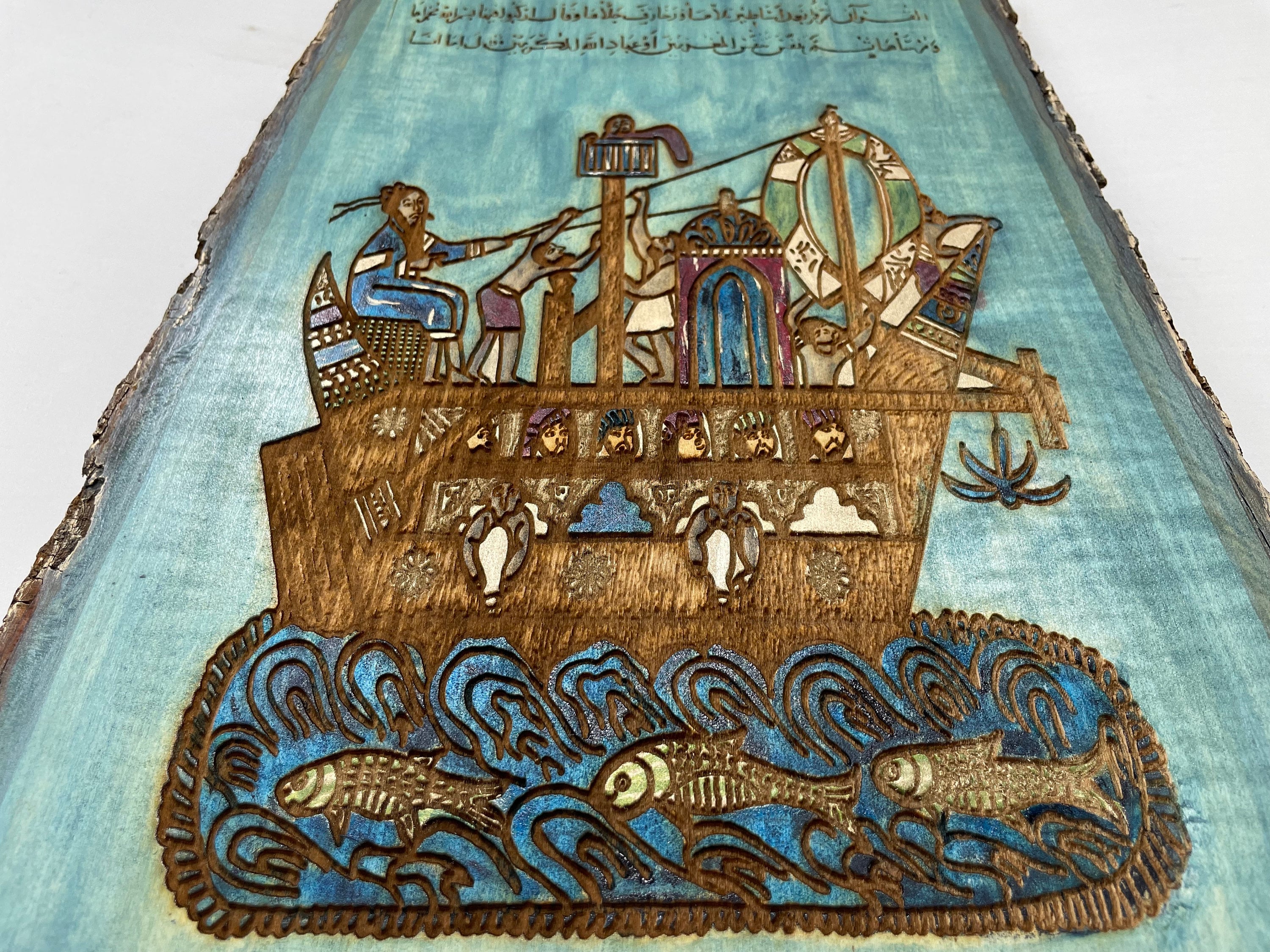 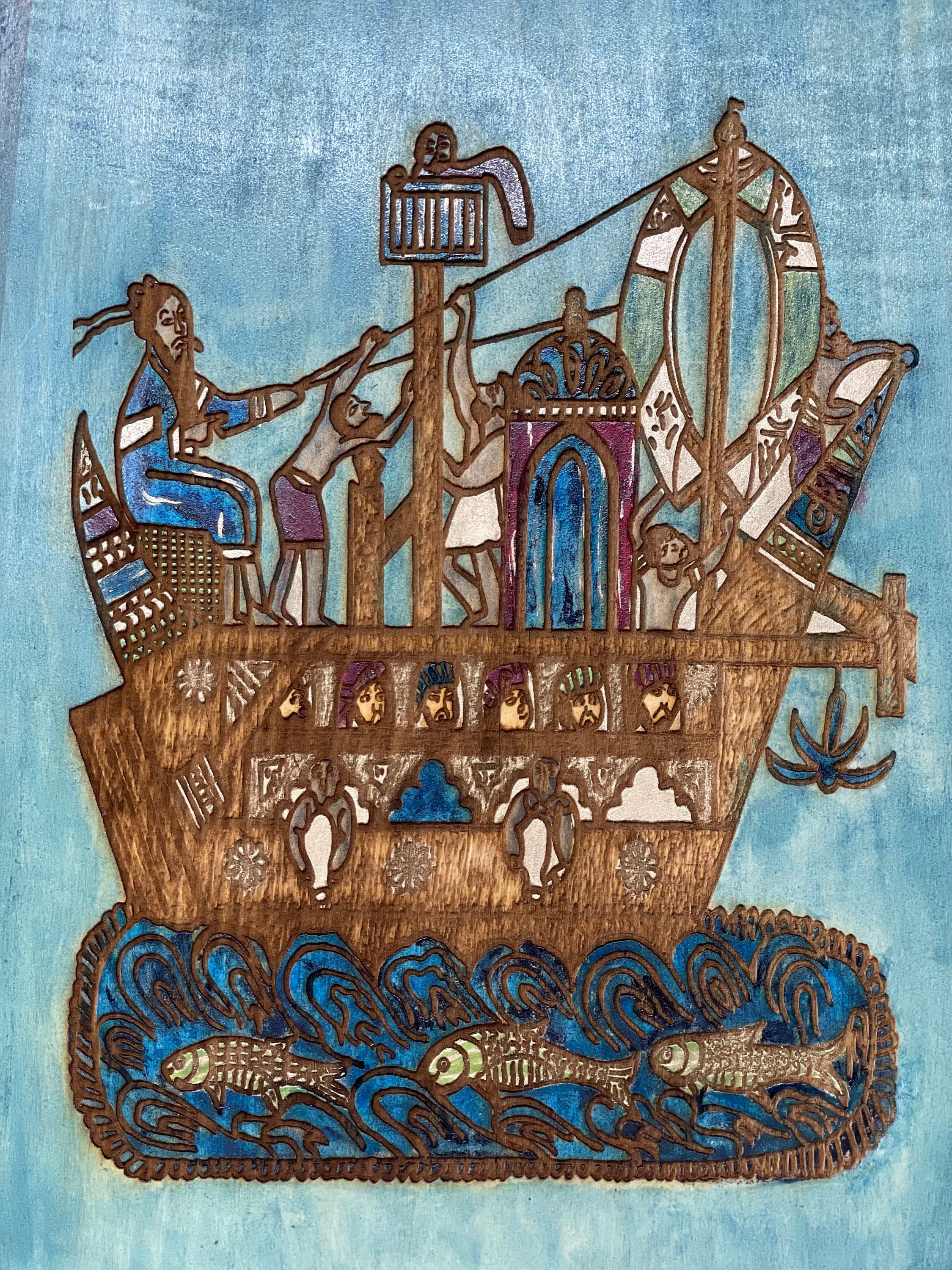 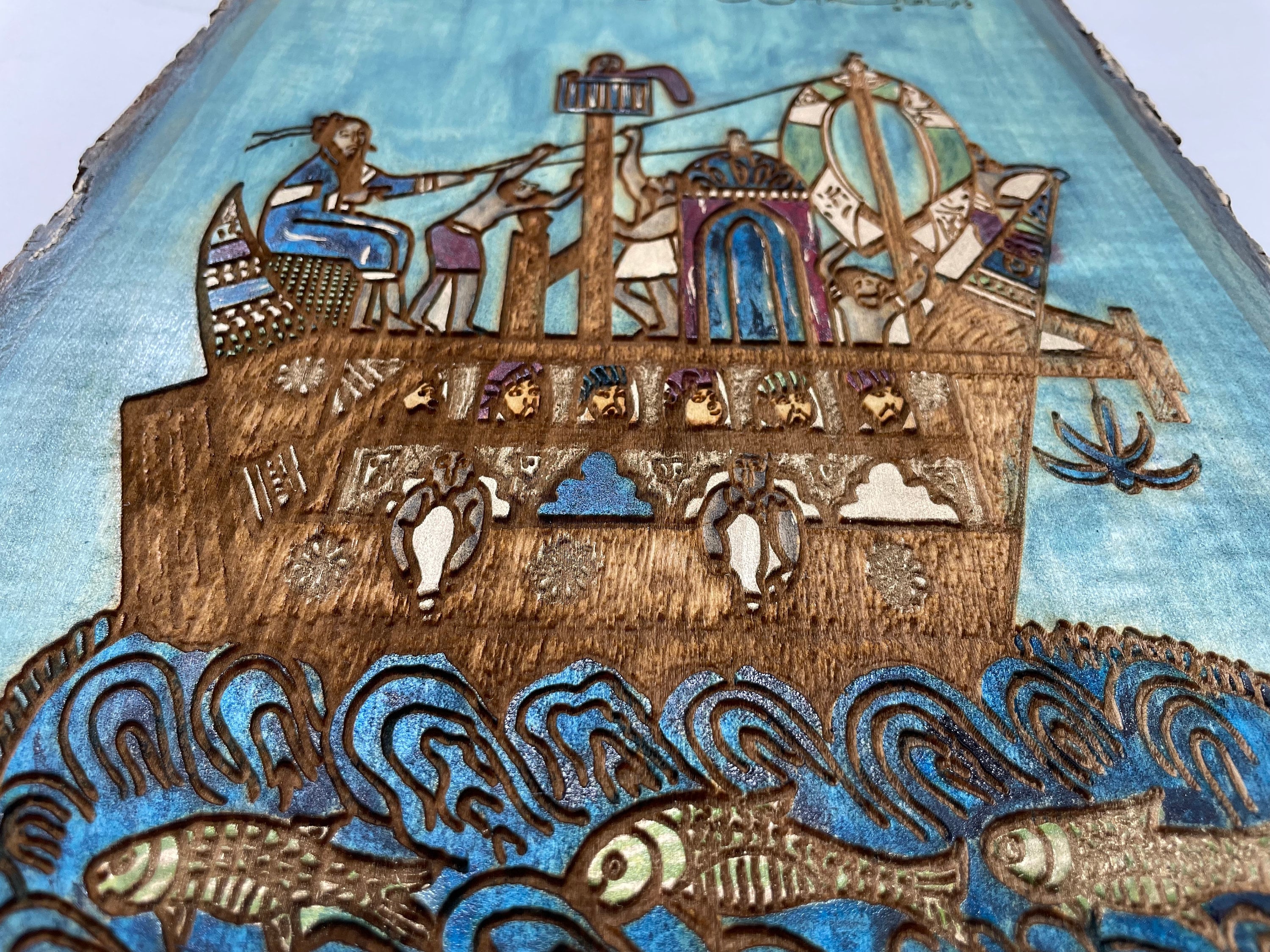 The maqamaat are an interesting literary genre in classical Arabic literature. They were stories written using rhyming prose. The Maqamaat of Hariri, written in the 11th century by Hariri of al-Basra, feature a collection of stories revolving around the character of Abu Zayd who wanders from town to town speaking to groups of powerful people while tricking them and pranking them along the way. All the stories are filled with humor and comedy.

Some paintings from a 13th-century manuscript of the Maqamaat are some of the most interesting and colorful images which survive from the medieval Islamic period.

The artwork we have recreated at The Arabesque is of a miniature from the manuscript which depicts a ship traveling from Basra to Oman. The image is detailed, with figures of sailors and the crew, all made up of the variety of individuals who resided in the medieval Islamic world.

The ship itself is equipped with a rope steering system along with different nautical engineering features such as a crow nest, a deck house, and an anchor.

This is one of the oldest drawings of Arab/Persian boats on an open sea.

We are very happy to bring this reinterpreted and colorful wooden artwork and amazing piece of history to you.