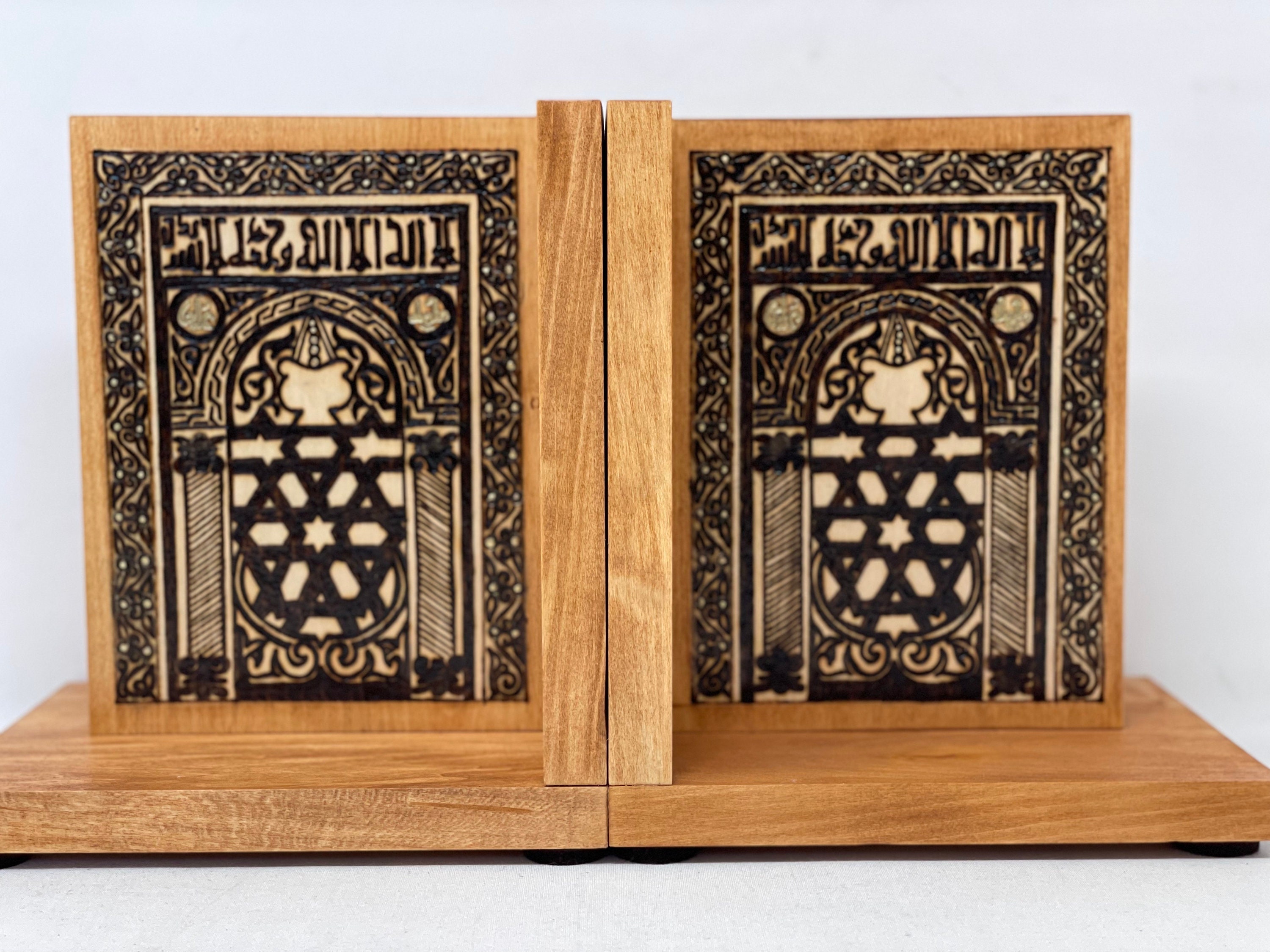 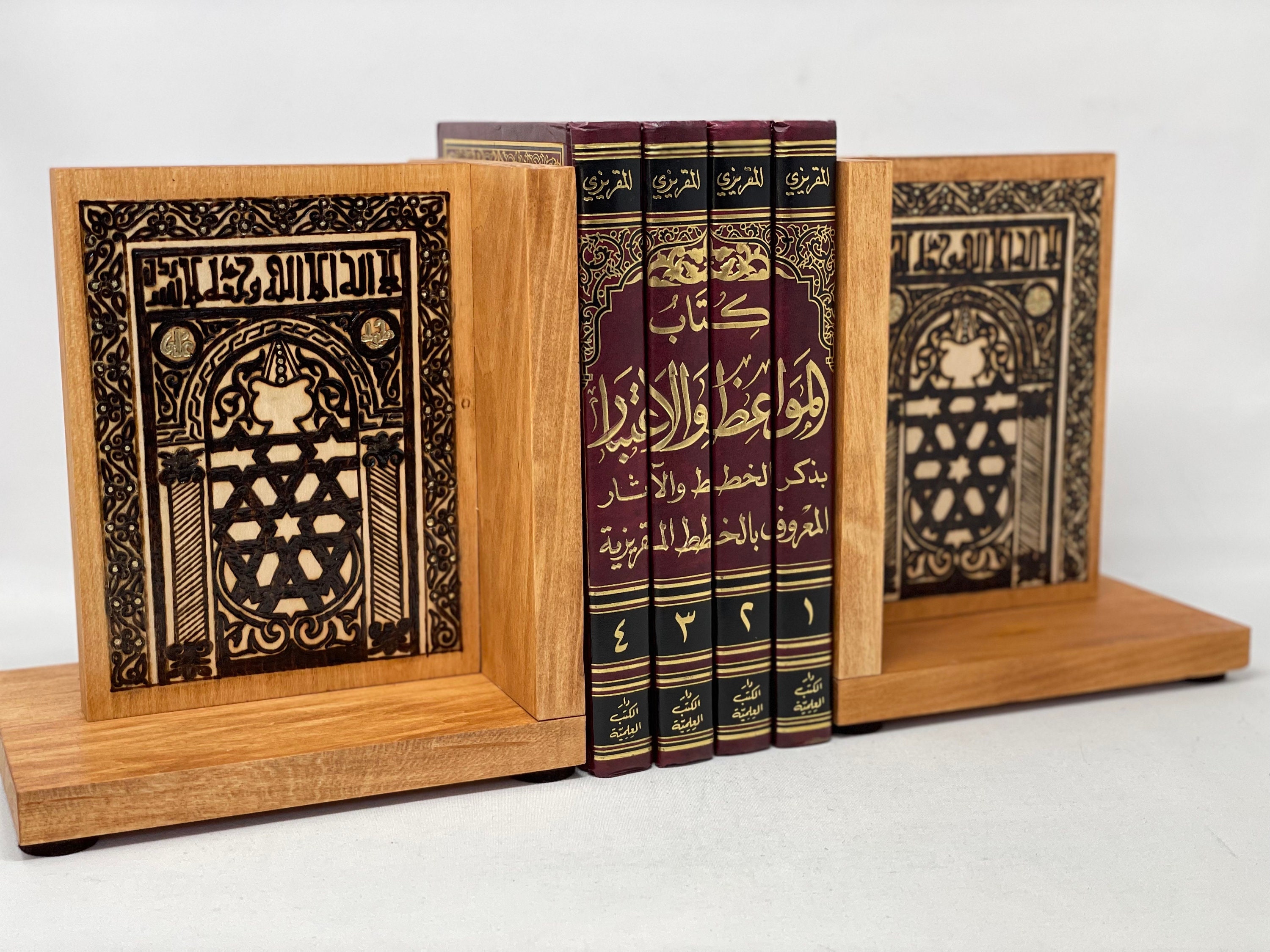 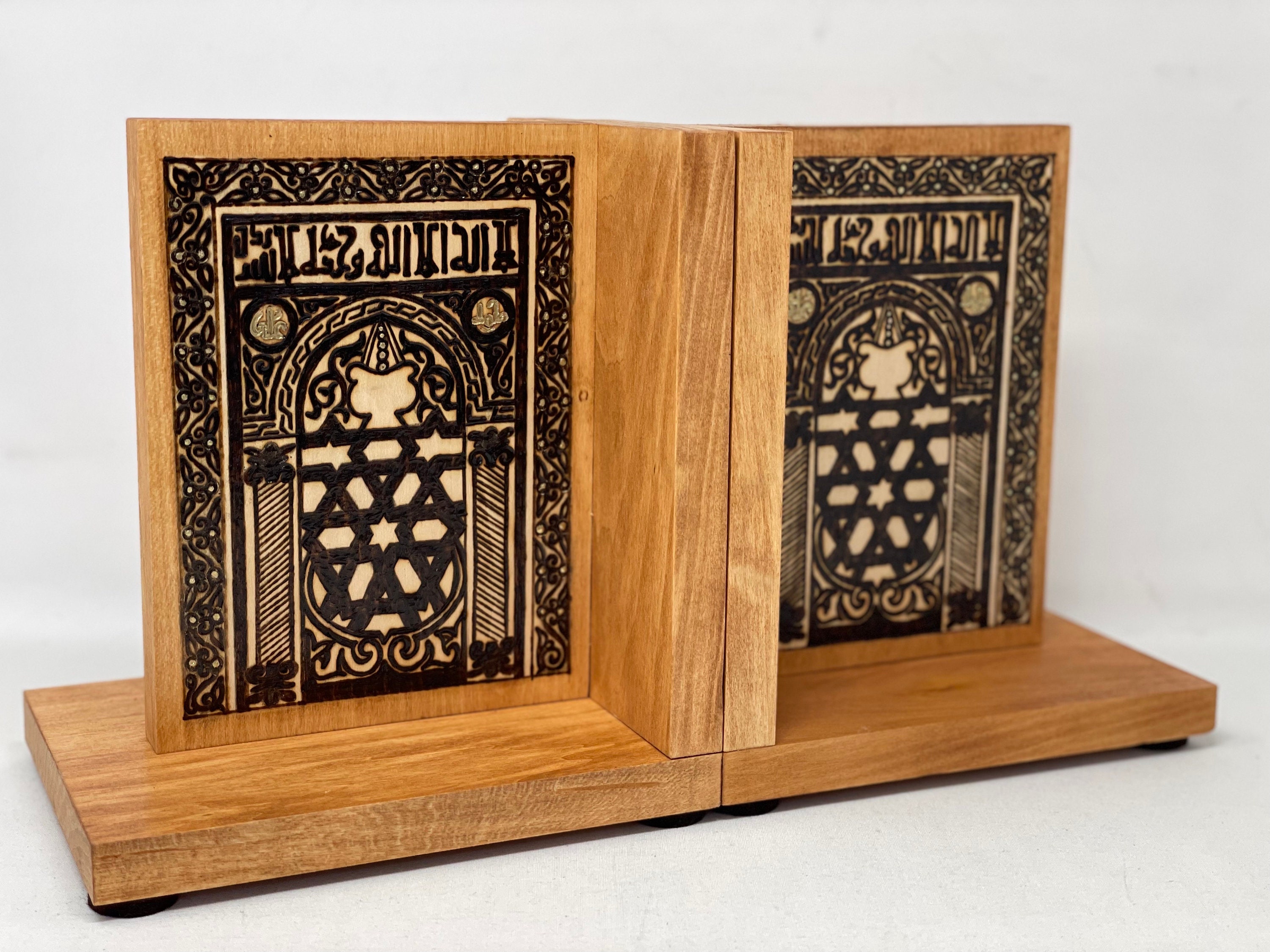 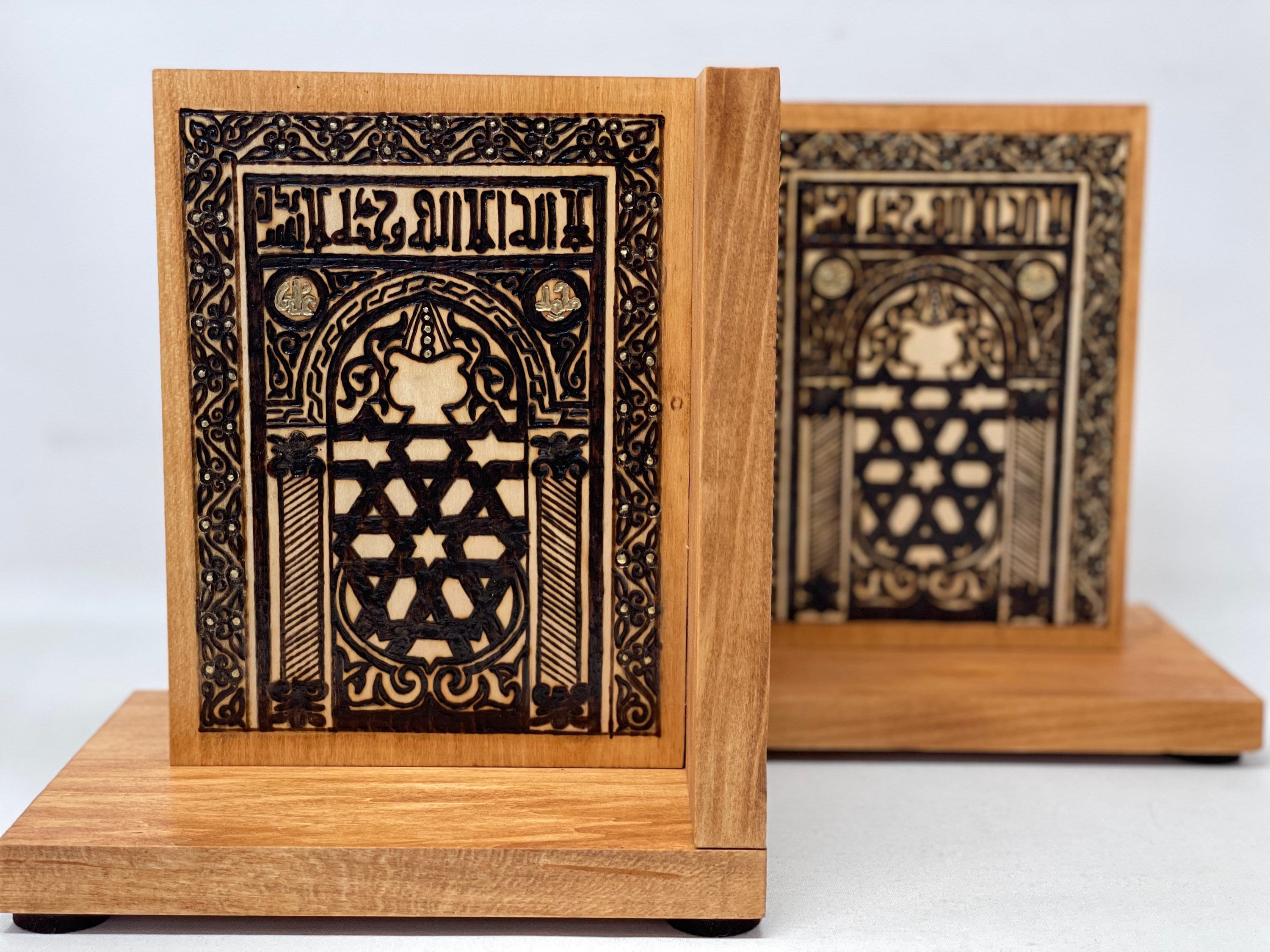 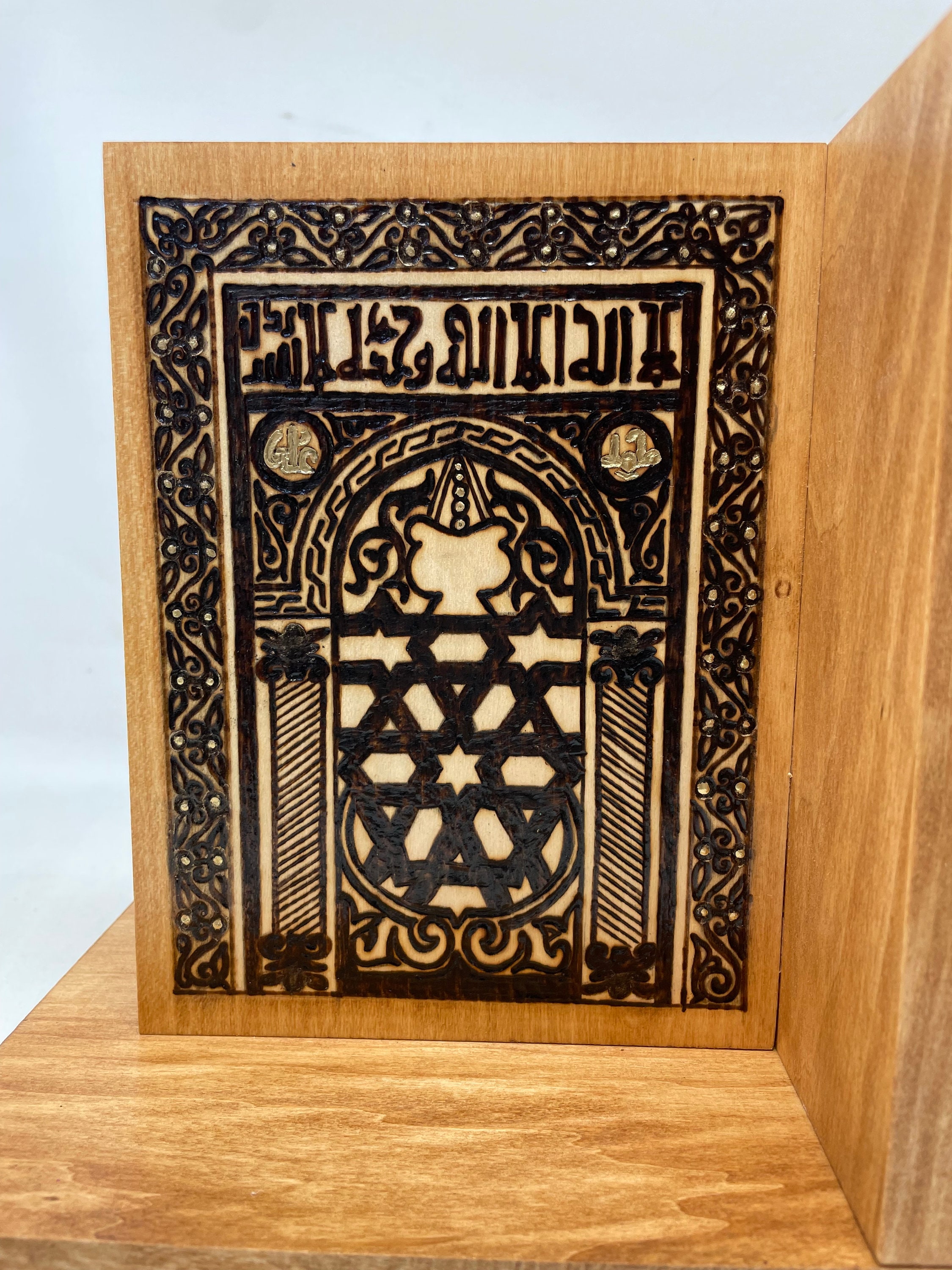 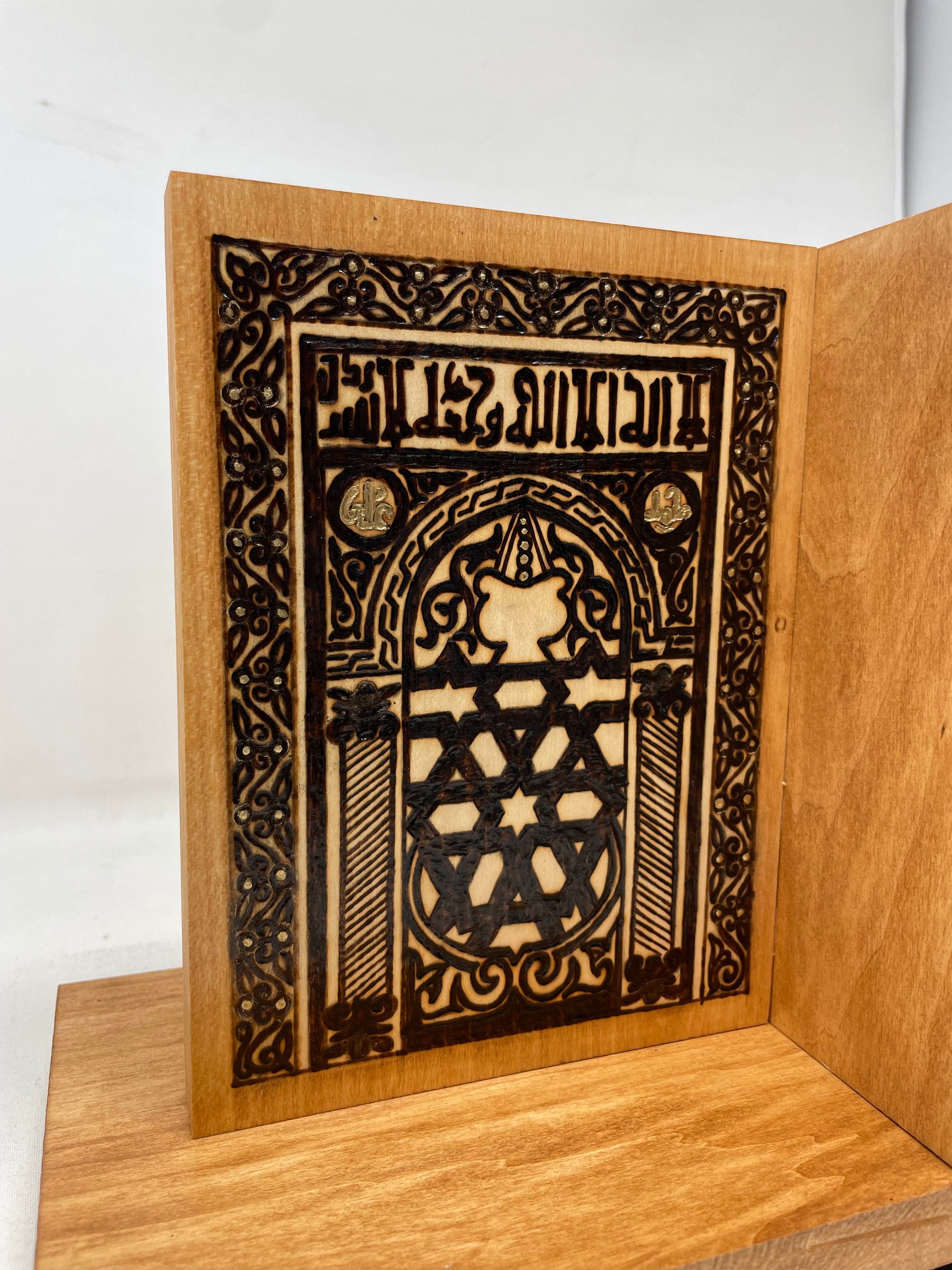 These bookends have been finished with brown stain and a touch of gold leaf paint.