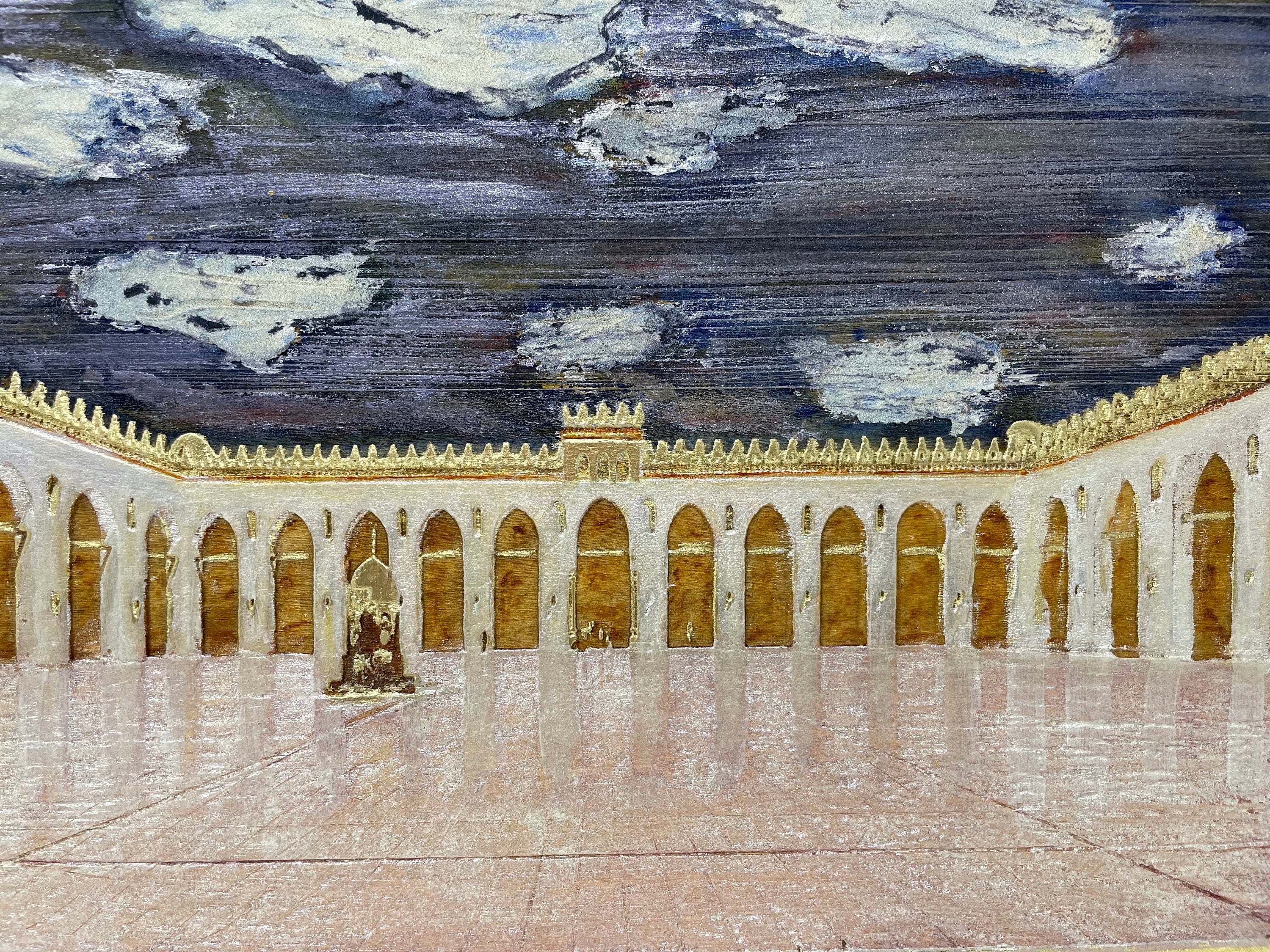 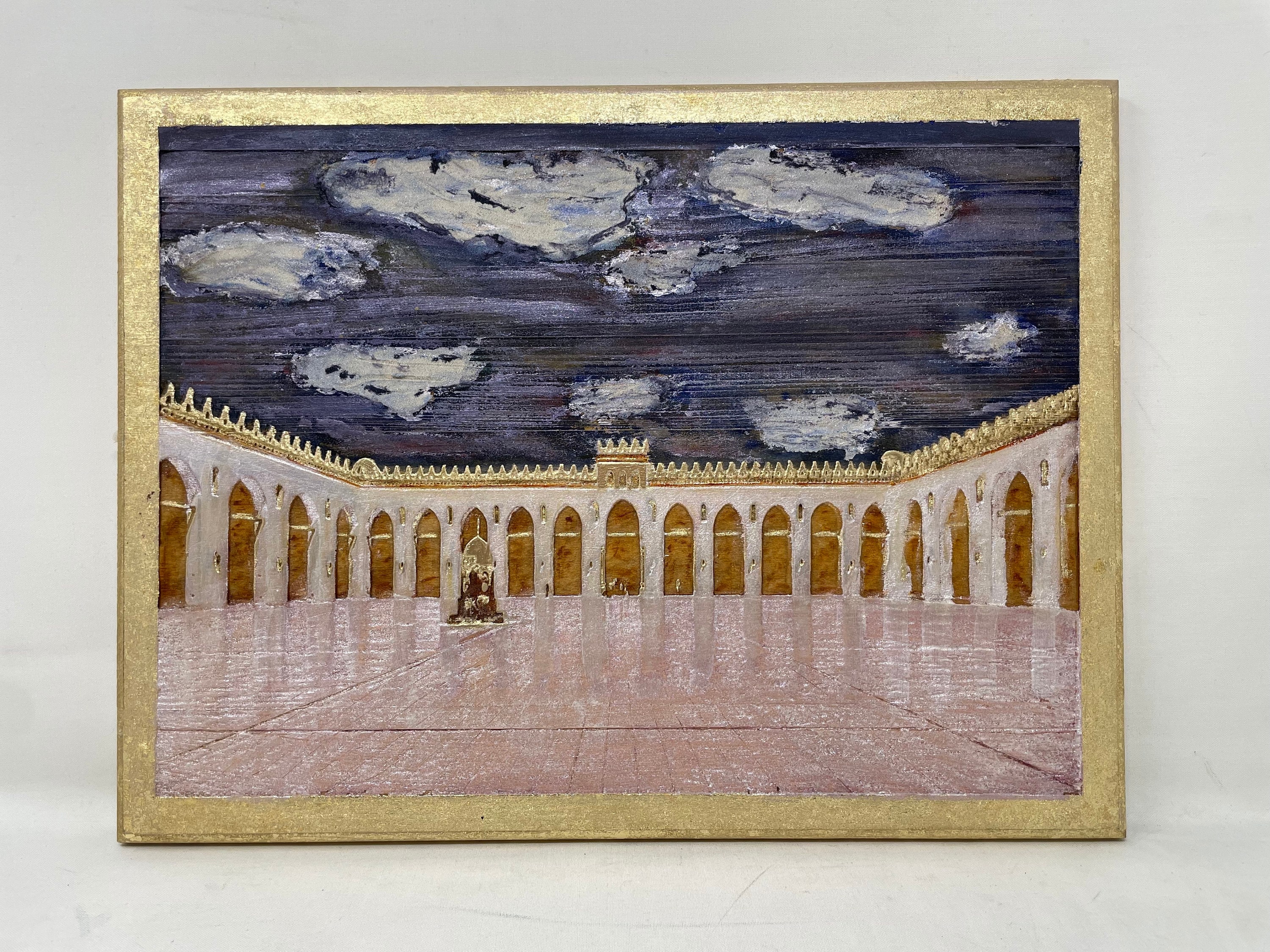 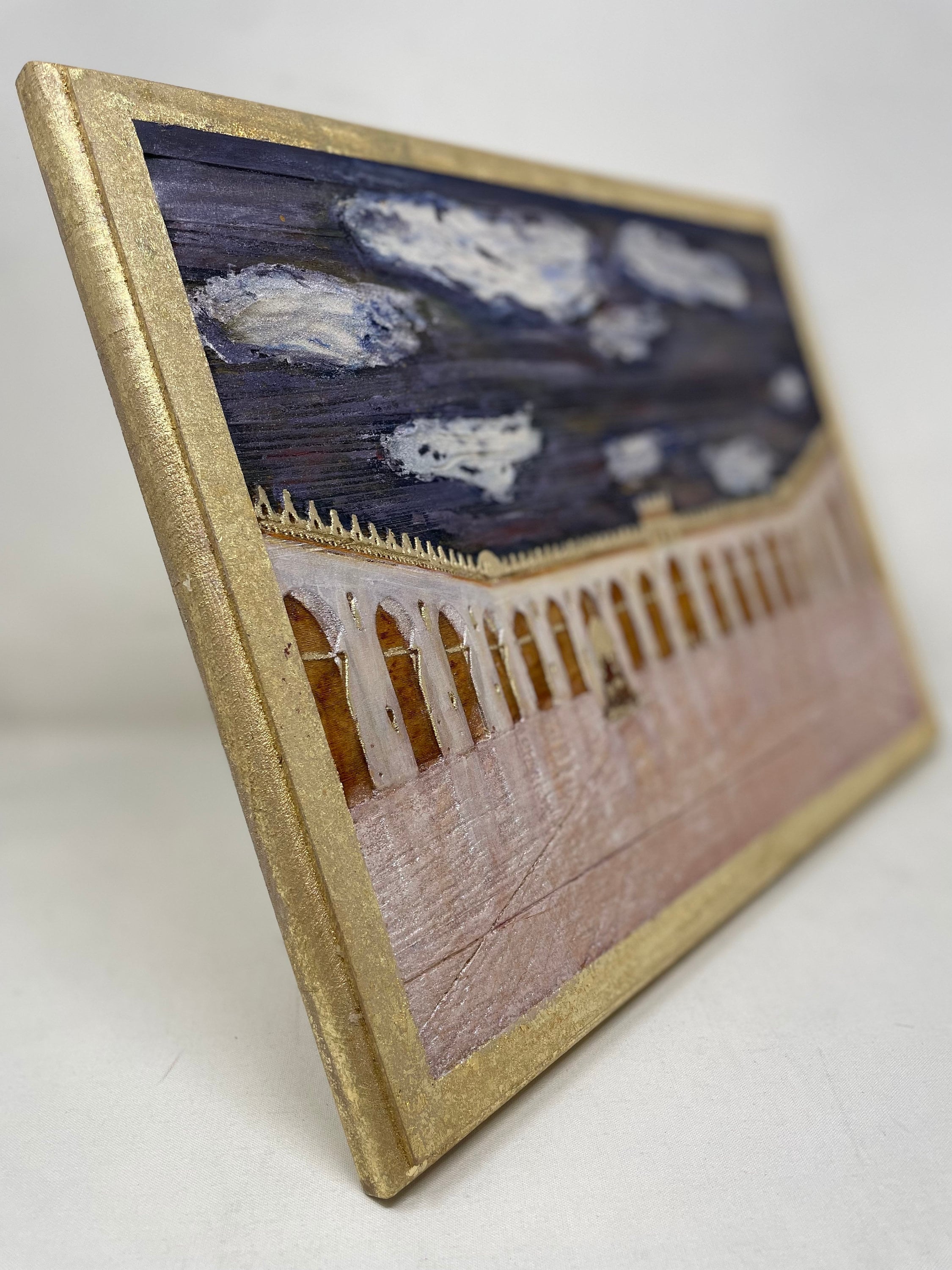 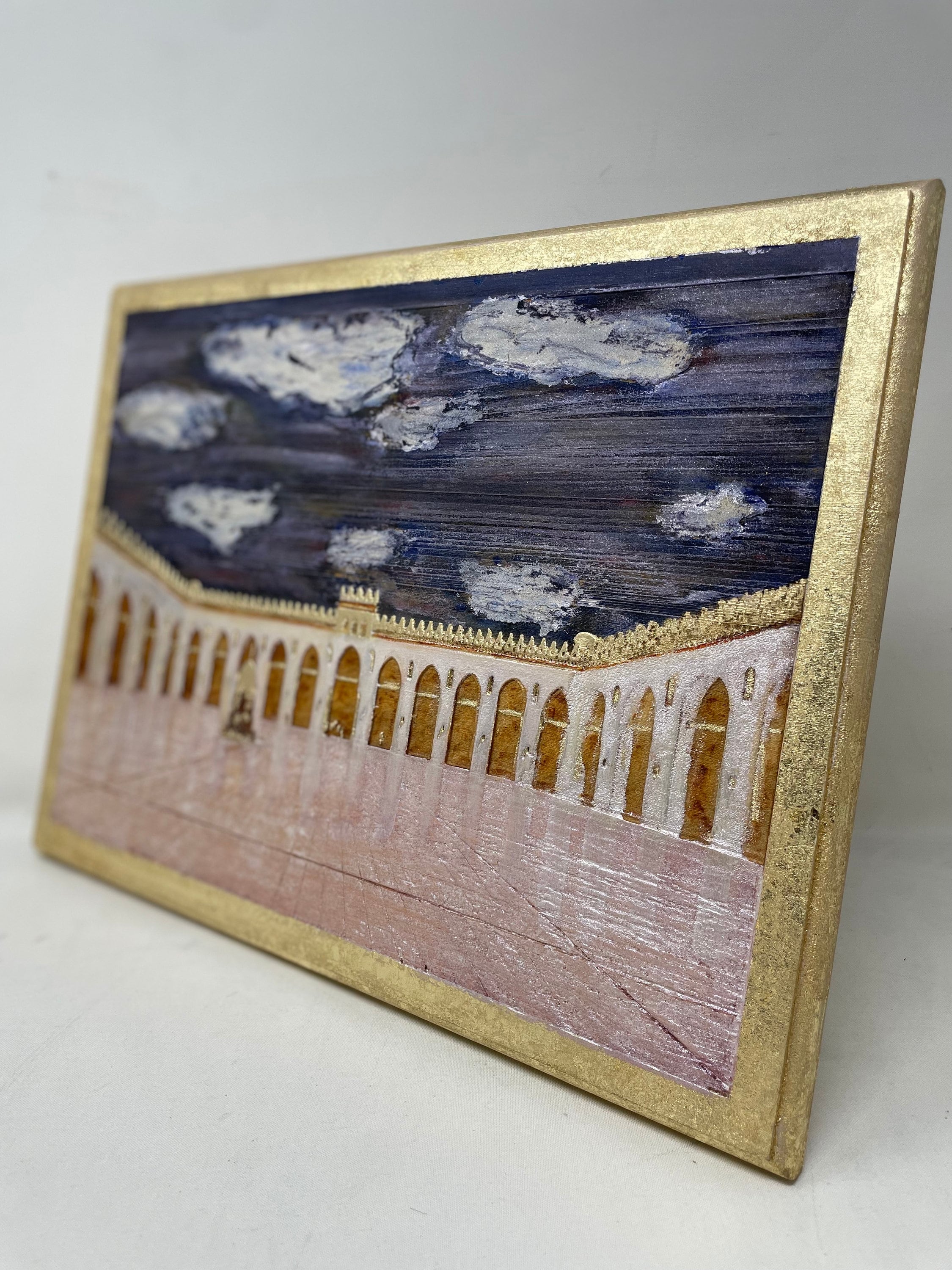 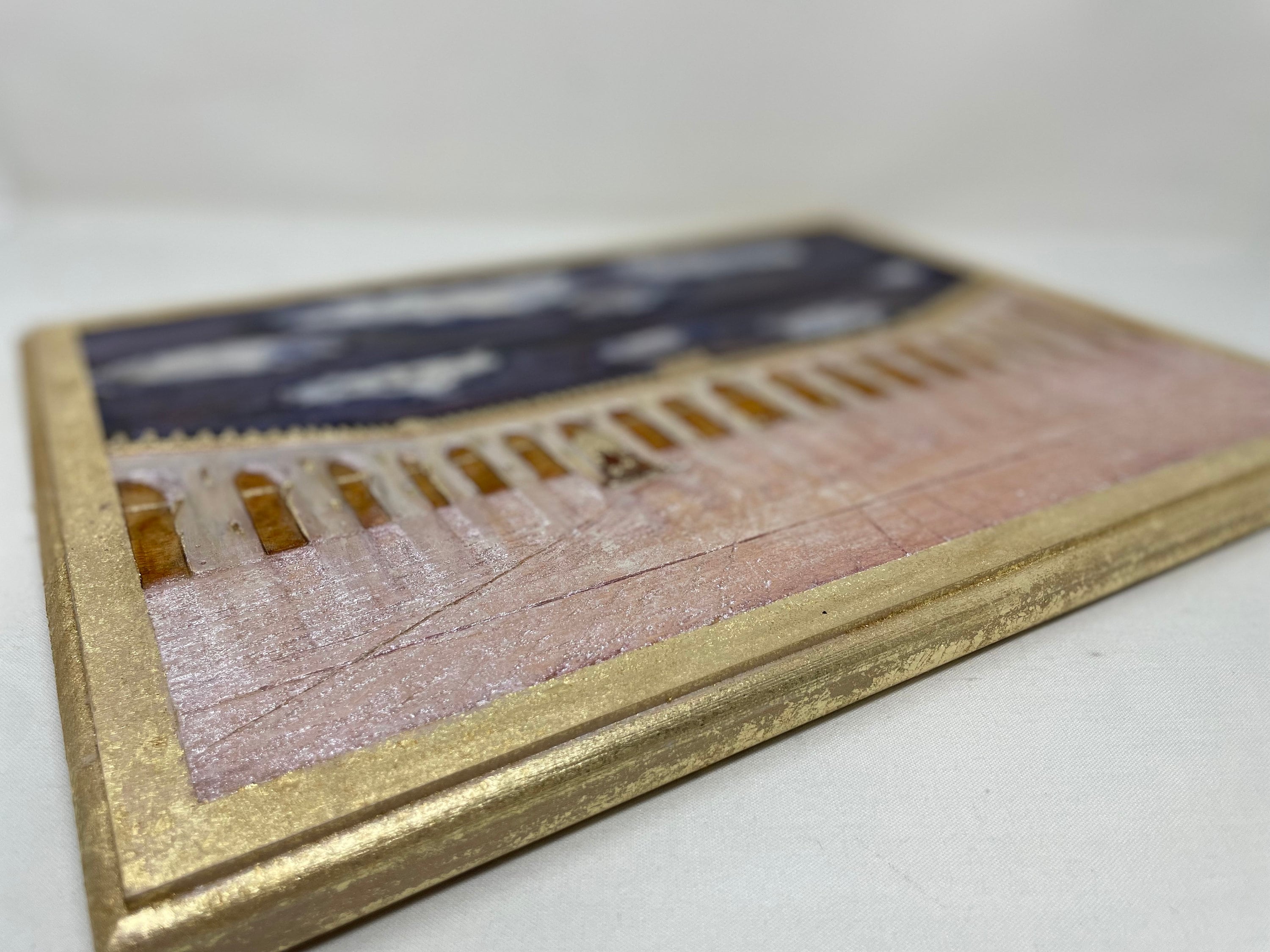 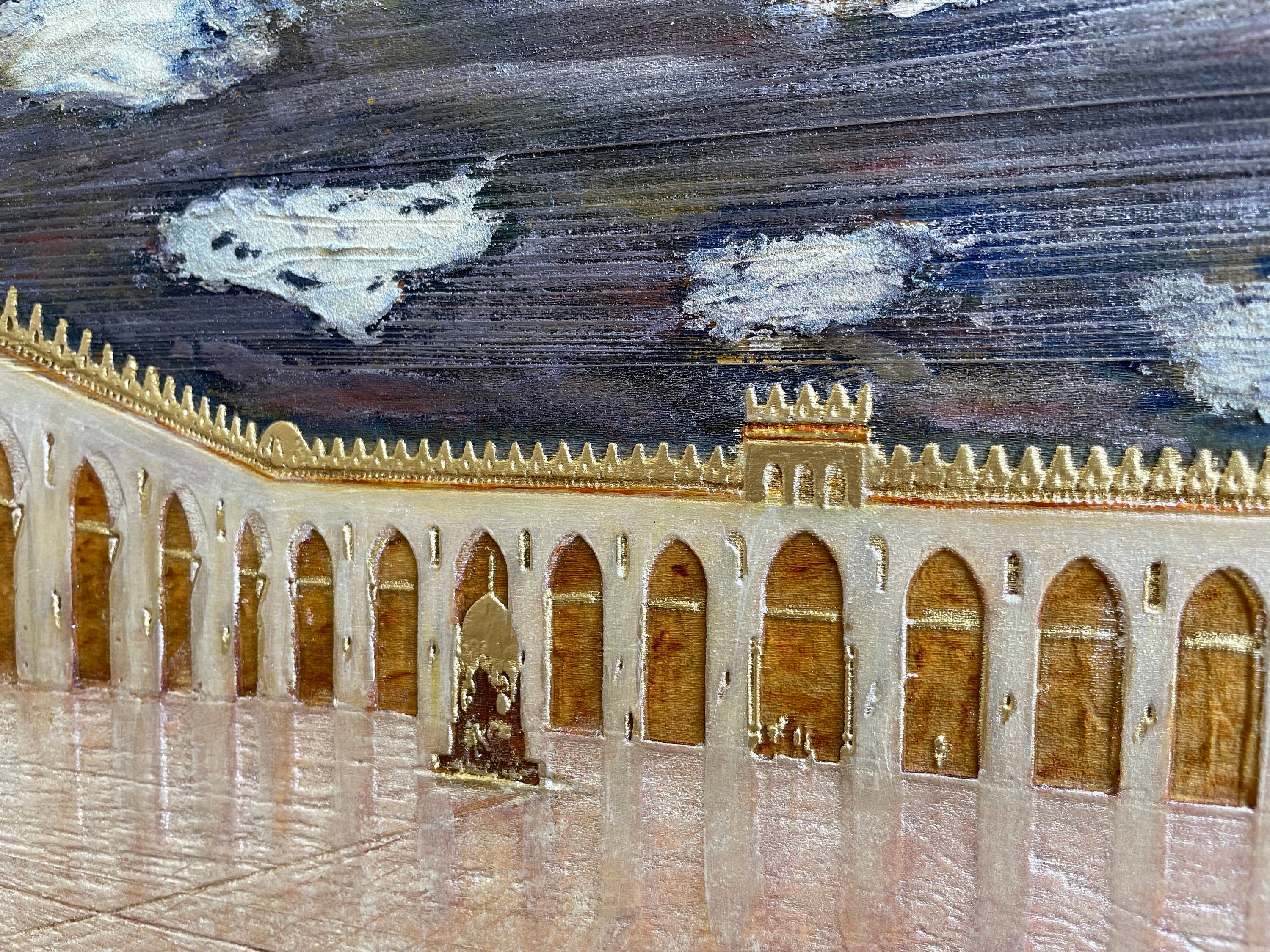 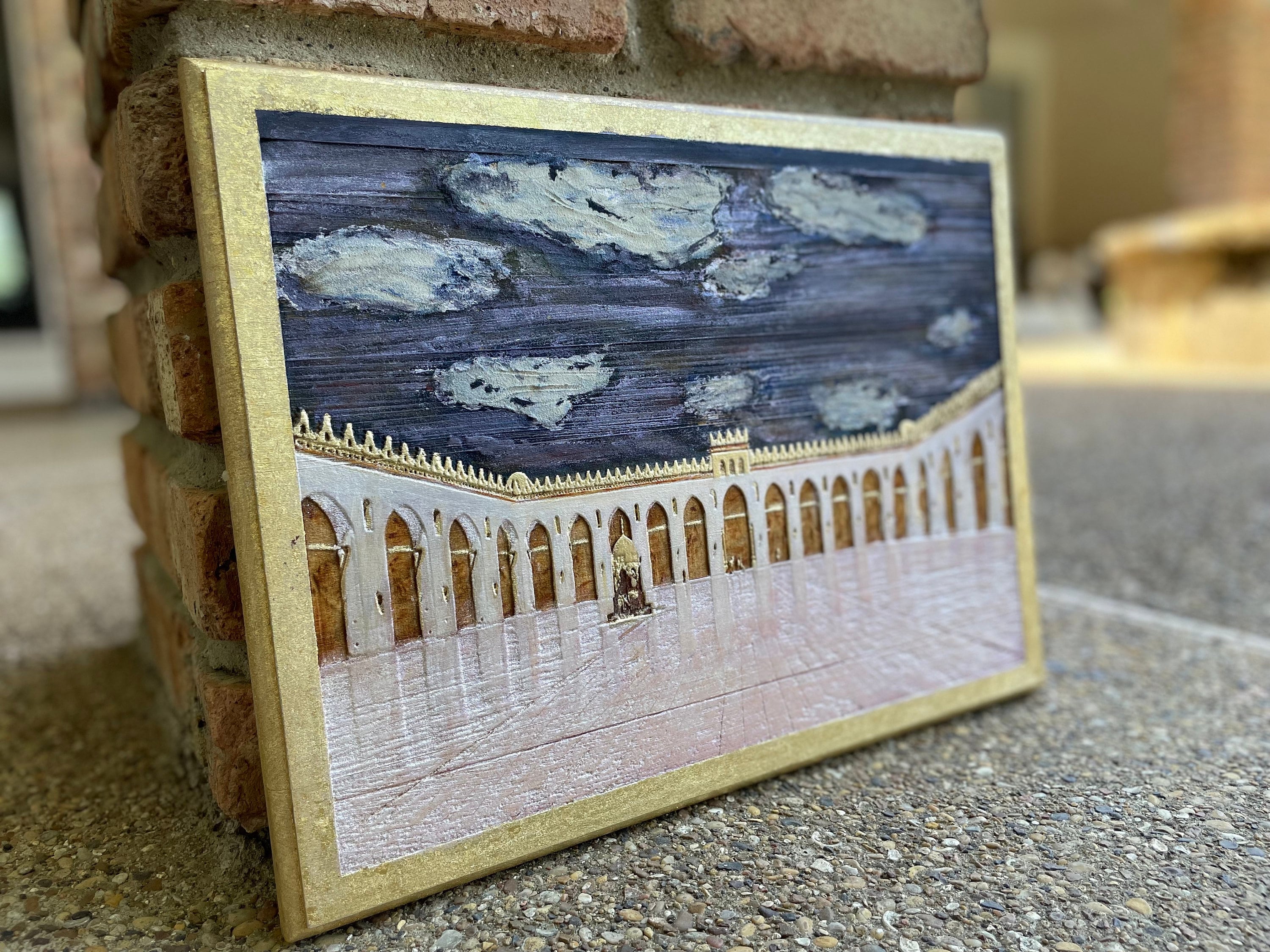 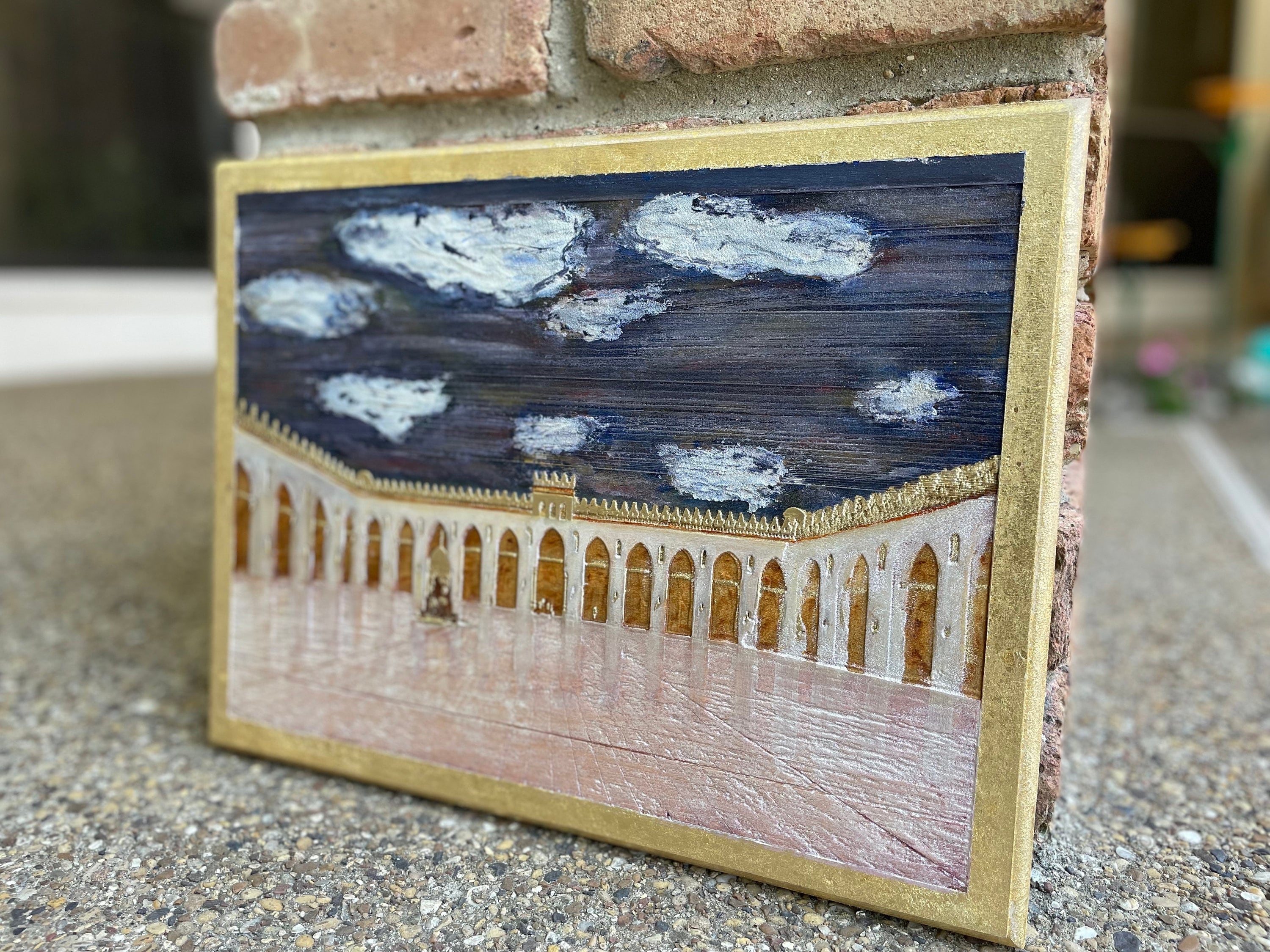 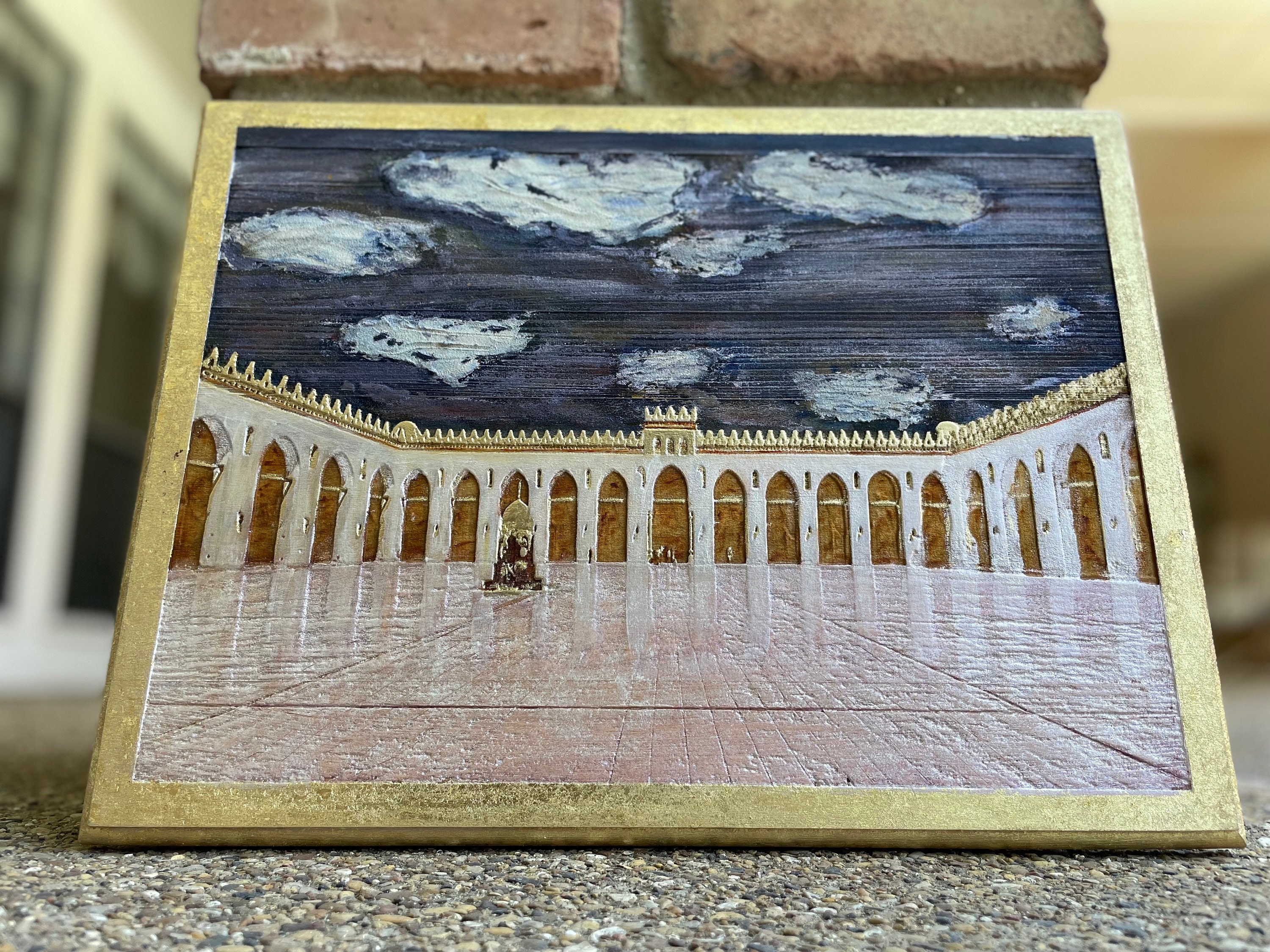 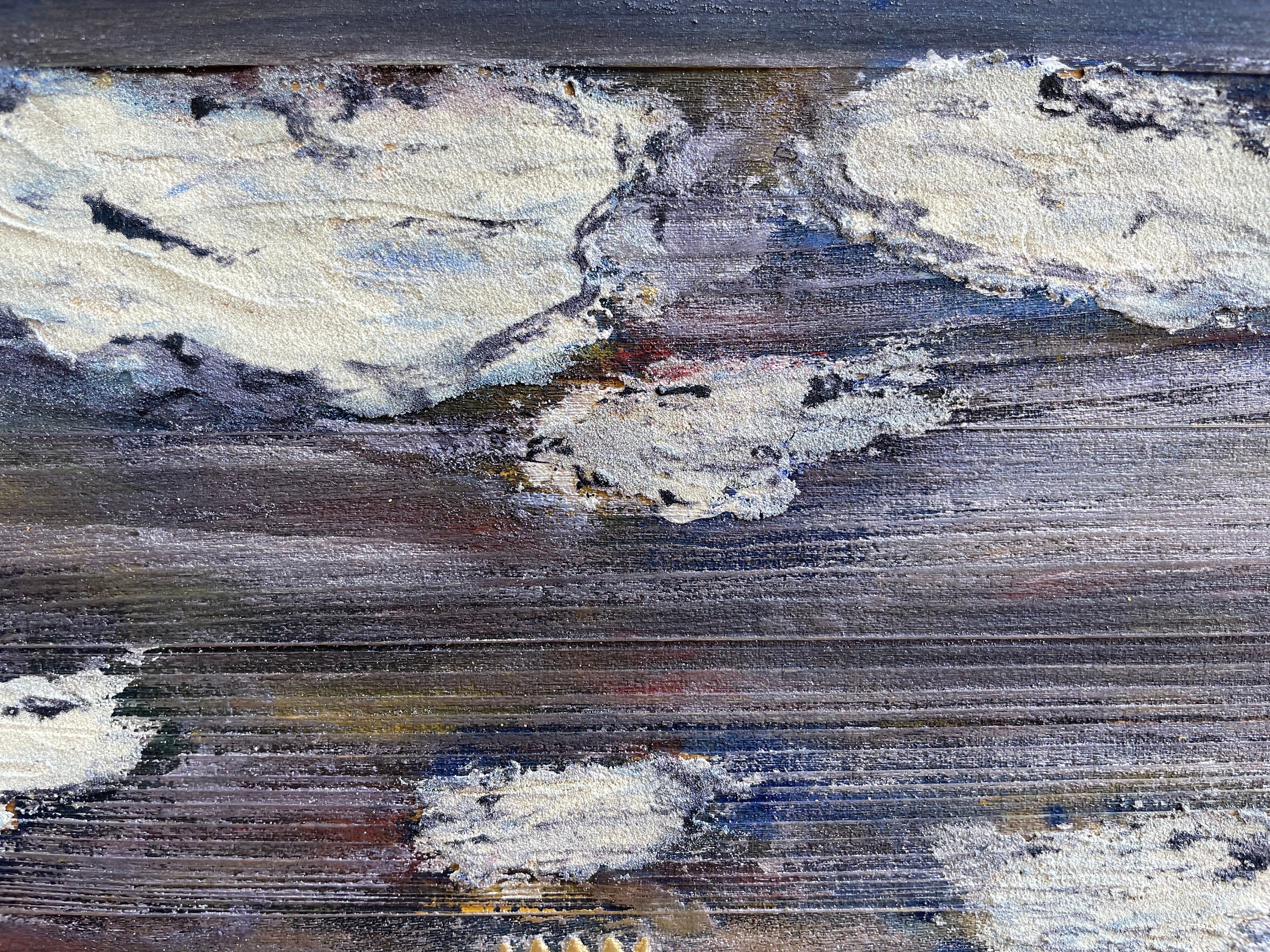 The Al-Hakim Mosque, also known as the al-Anwar mosque, was built in Fatimid Cairo at the end of the tenth century. At the time, it was one of the largest mosques in the world. The mosque suffered the winds of time and entered a dilapidated state in the early modern era. Napolean's army turned this once great Fatimid structure into a stable, and over time, its remaining structures began to be replaced. However, since the mosque had significance to the Dawoodi Bohra community of India, in 1978, they chose to renovate and rebuild it, to resemble its former glorious state. There was a lot of work to be undertaken and this community rebuilt the mosque.

This engraved and detail painted wall art is a tribute to the mosque's history and heritage. This work of art serves as a testimony to the luminosity that the mosque and its history reflect.

It is a perfect addition to your home or office. We really hope that you will consider this work of art for your space. We really love how it turned out.