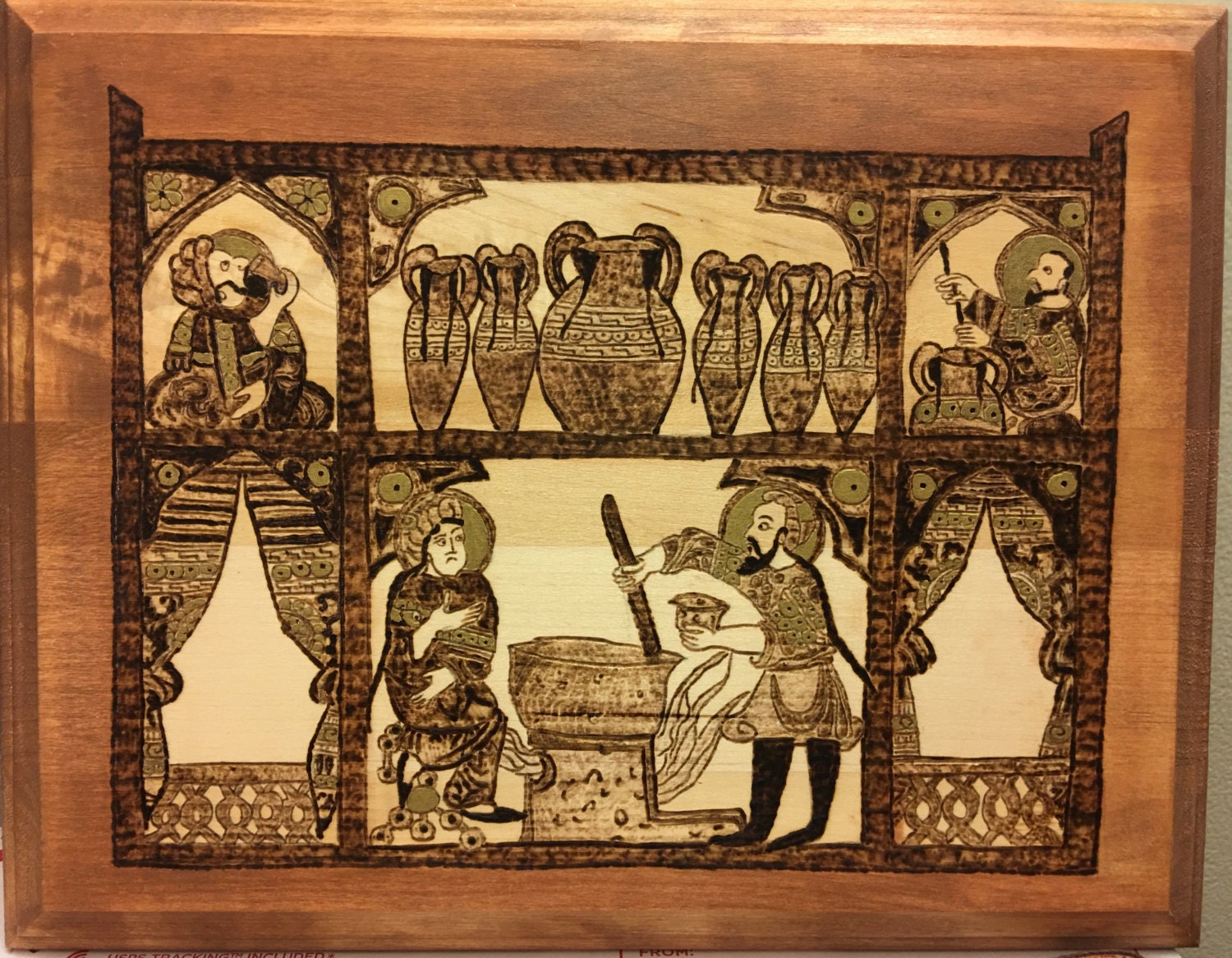 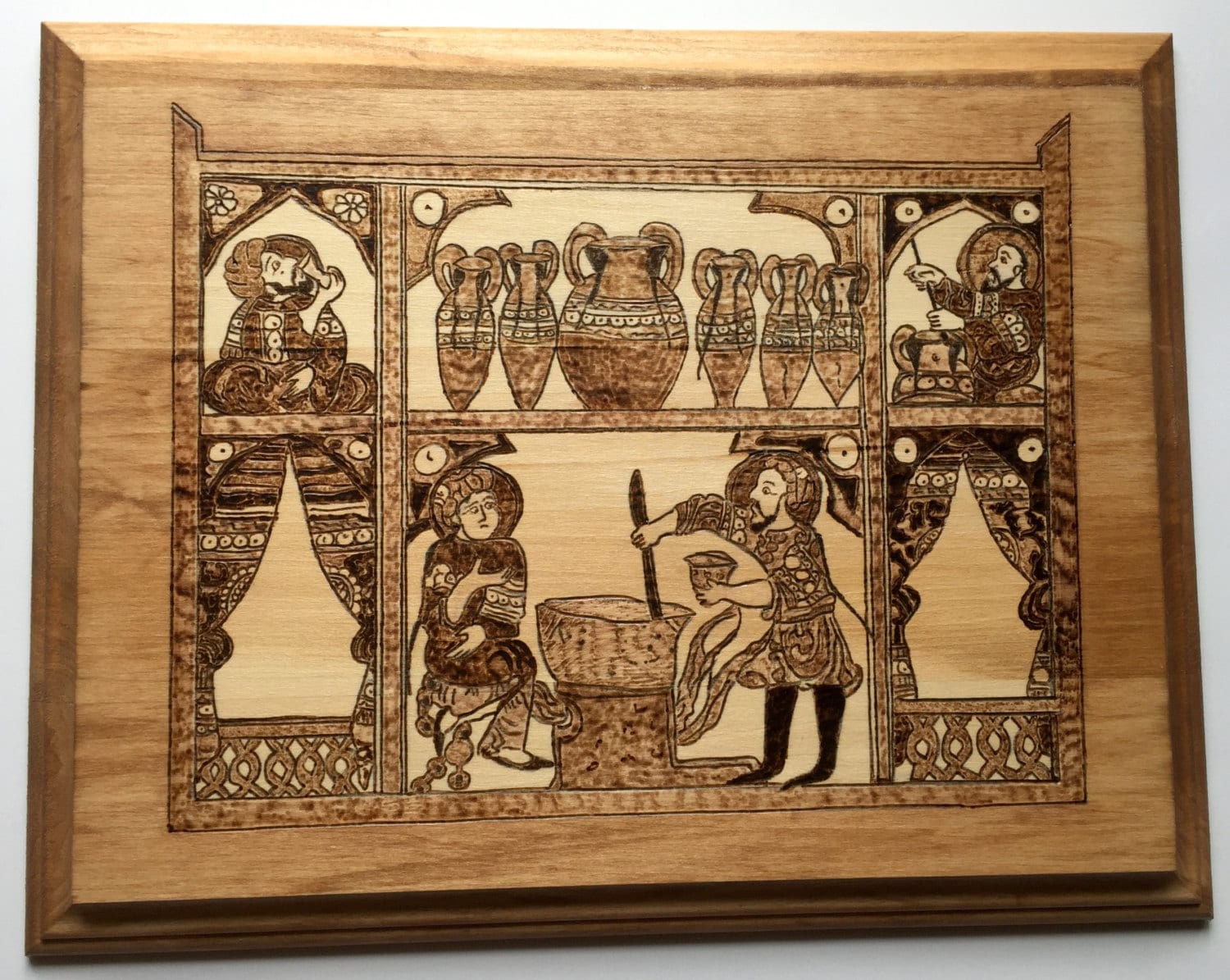 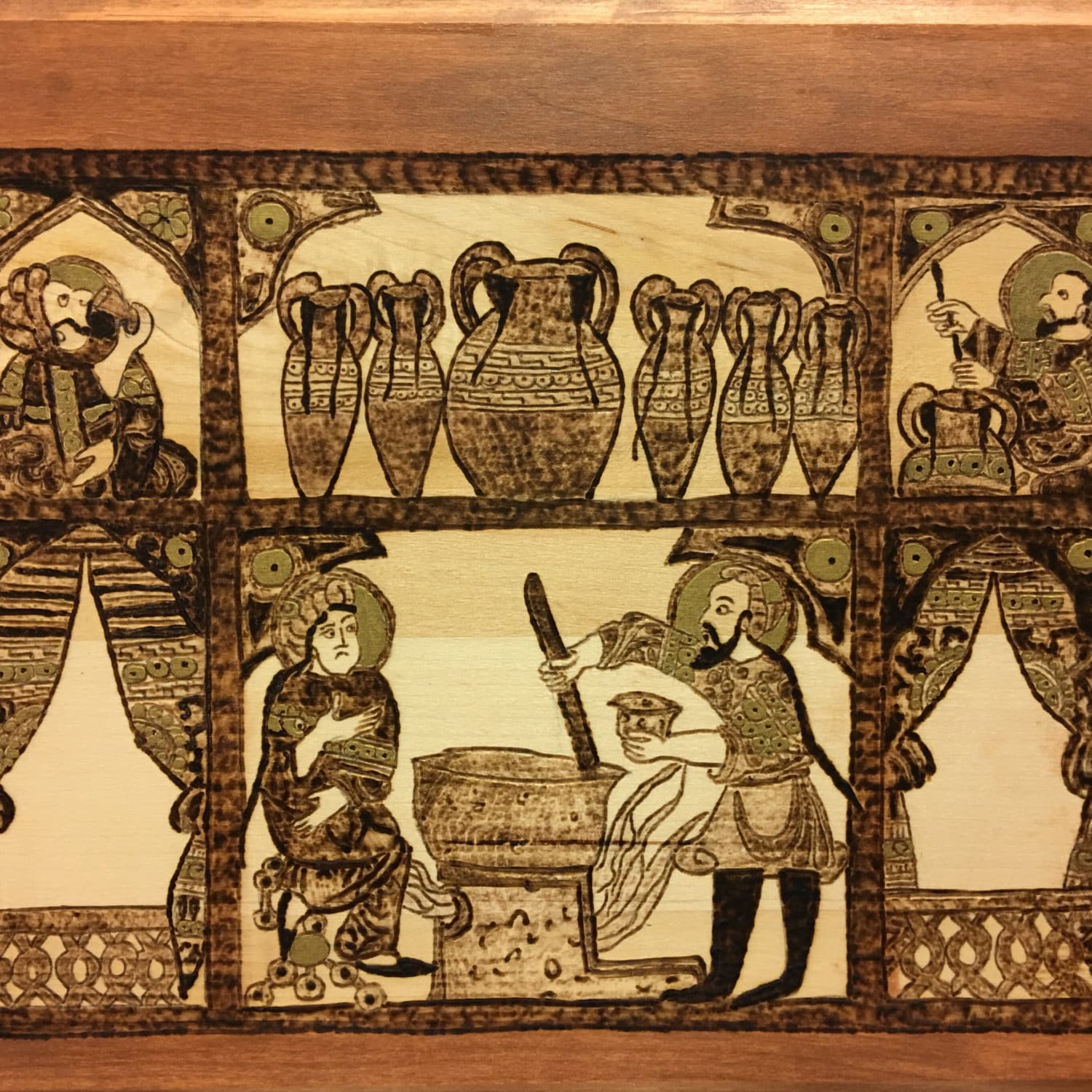 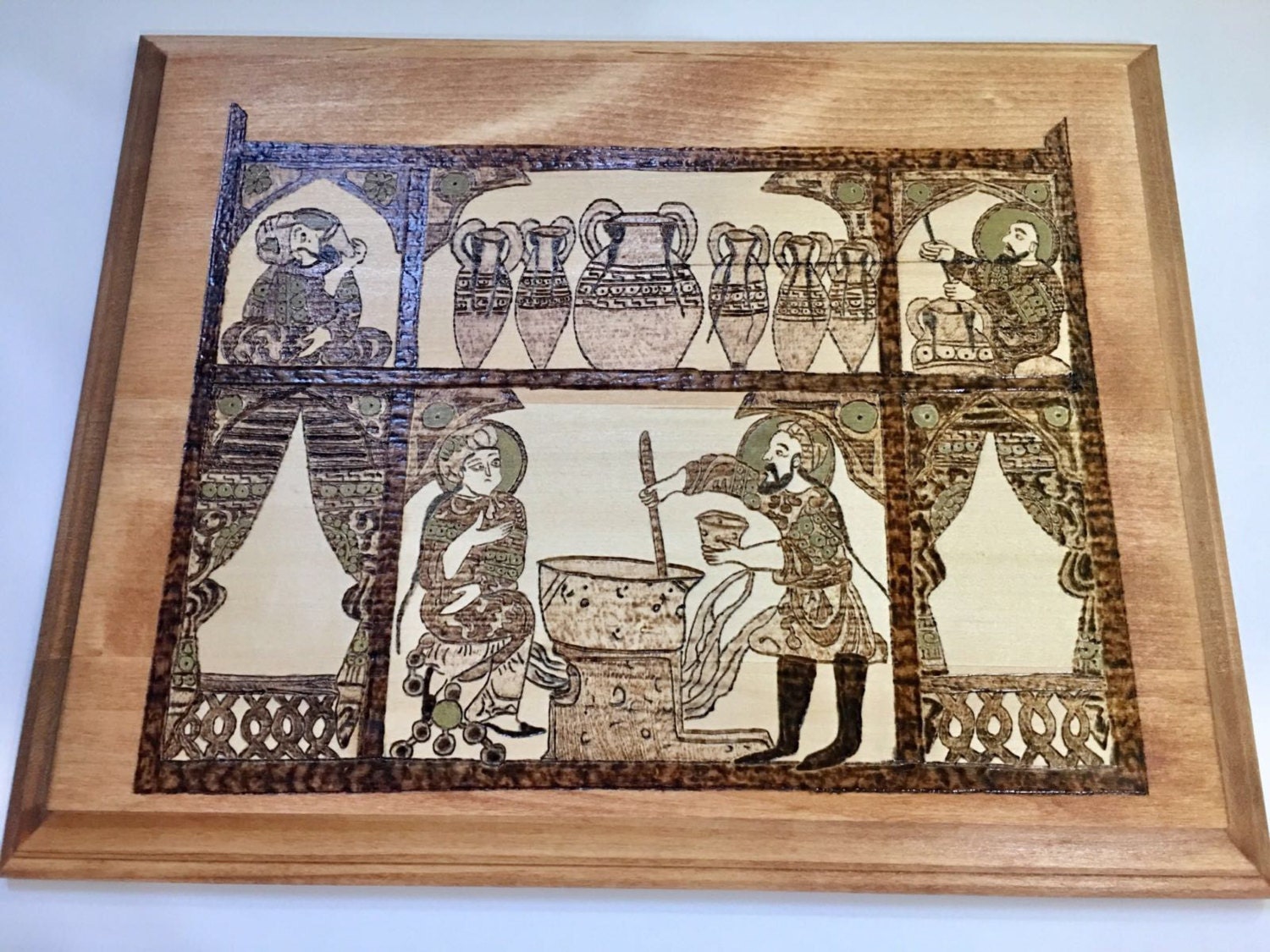 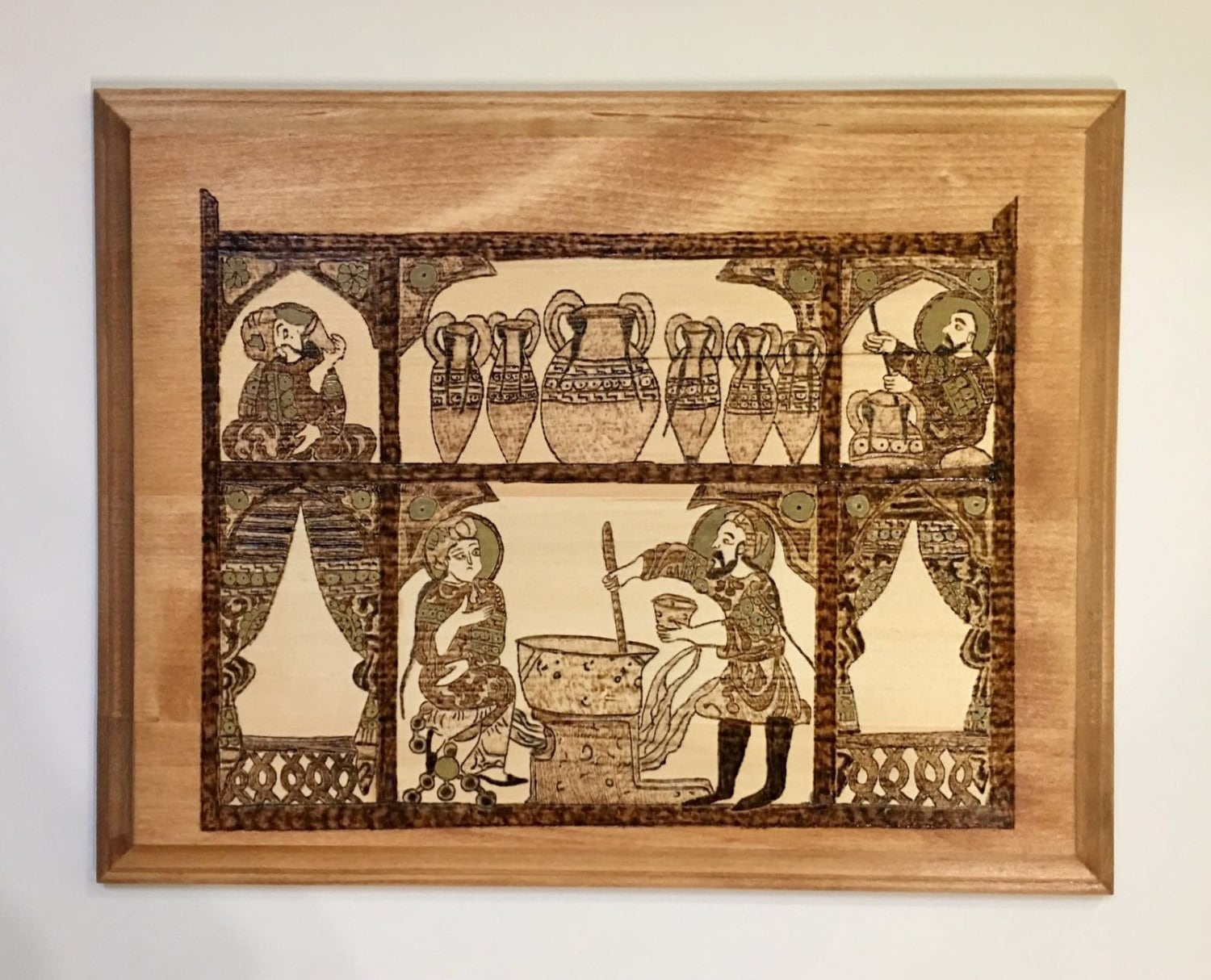 De Materia Medica (Latin for "On Medical Material") is an encyclopedic work containing various ingredients about medicinal drugs and information about the plants and substances used to make them. It was written between 50 and 70 AD by a Roman physician named Dioscorides. It was translated in Arabic in the Middle Ages. The miniature from which we derived this revitalized scene depicts a medieval pharmacy in which the pharmacist and his coworkers are making medicine using honey. The original miniature is from an Arabic manuscript of the De Materia Medica which was produced in Iraq (probably Baghdad) in 1224 and is currently at the Metropolitan Museum of Art. The woodburned recreation of this beautiful historic medieval pharmacy scene on this 11 x 14 " basswood plaque will be the perfect gift for a pharmacist or anyone who is a historian at heart. Let us know if you have any questions.

Stunning piece of work Looks lovely in my dads office

I ordered this as a gift for my father, who works in pharmacology. He absolutely loved it. The wood is of excellent quality. It is a handmade piece, and the careful attention to detail really shows. We particularly liked the description that accompanied the piece - it really helped bring the image to life! How else would we ever have had such close contact with a centuries-old image with its own long genealogy (dating back to early AD)? Such a cool gift, and wonderfully done.