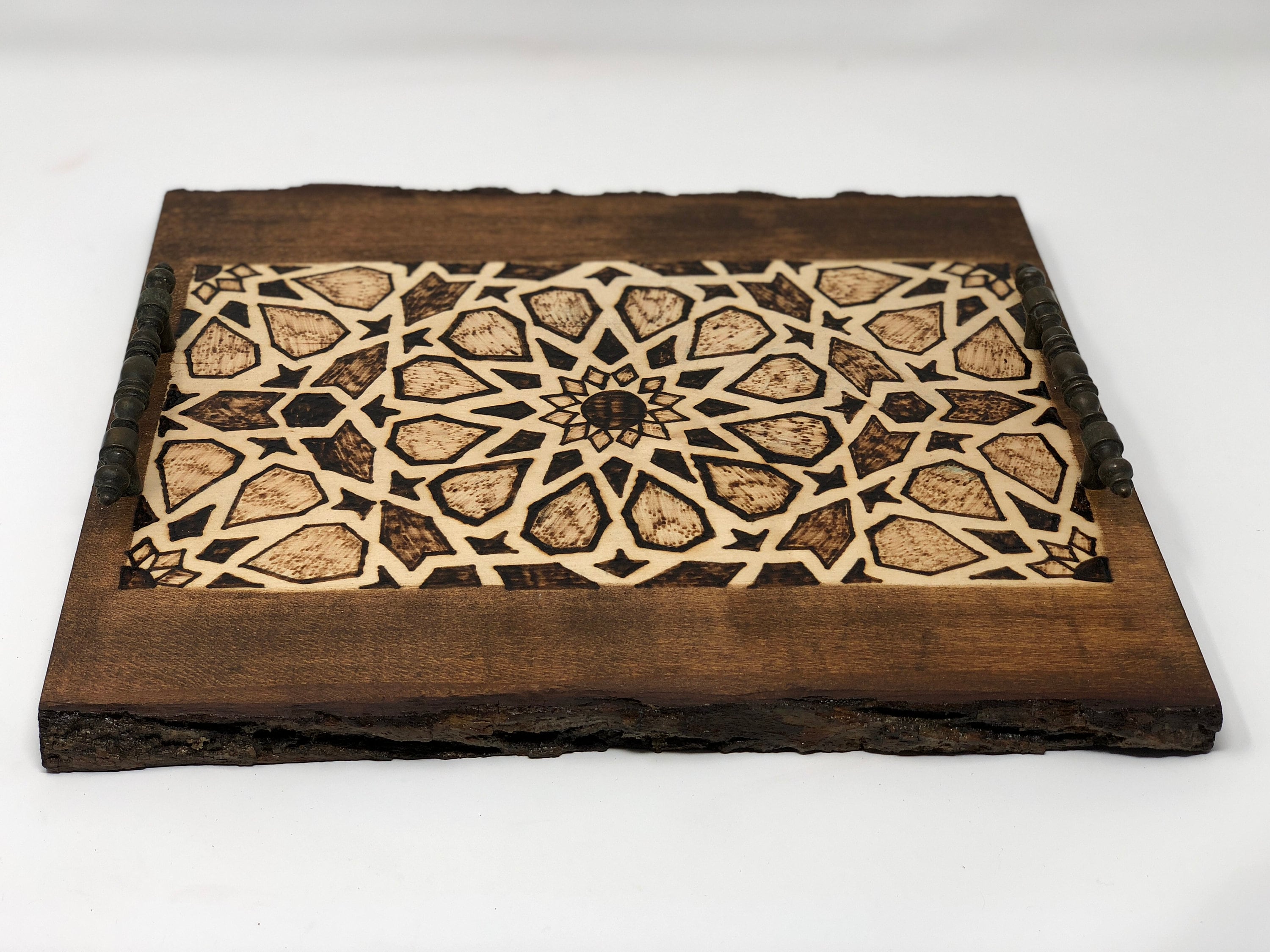 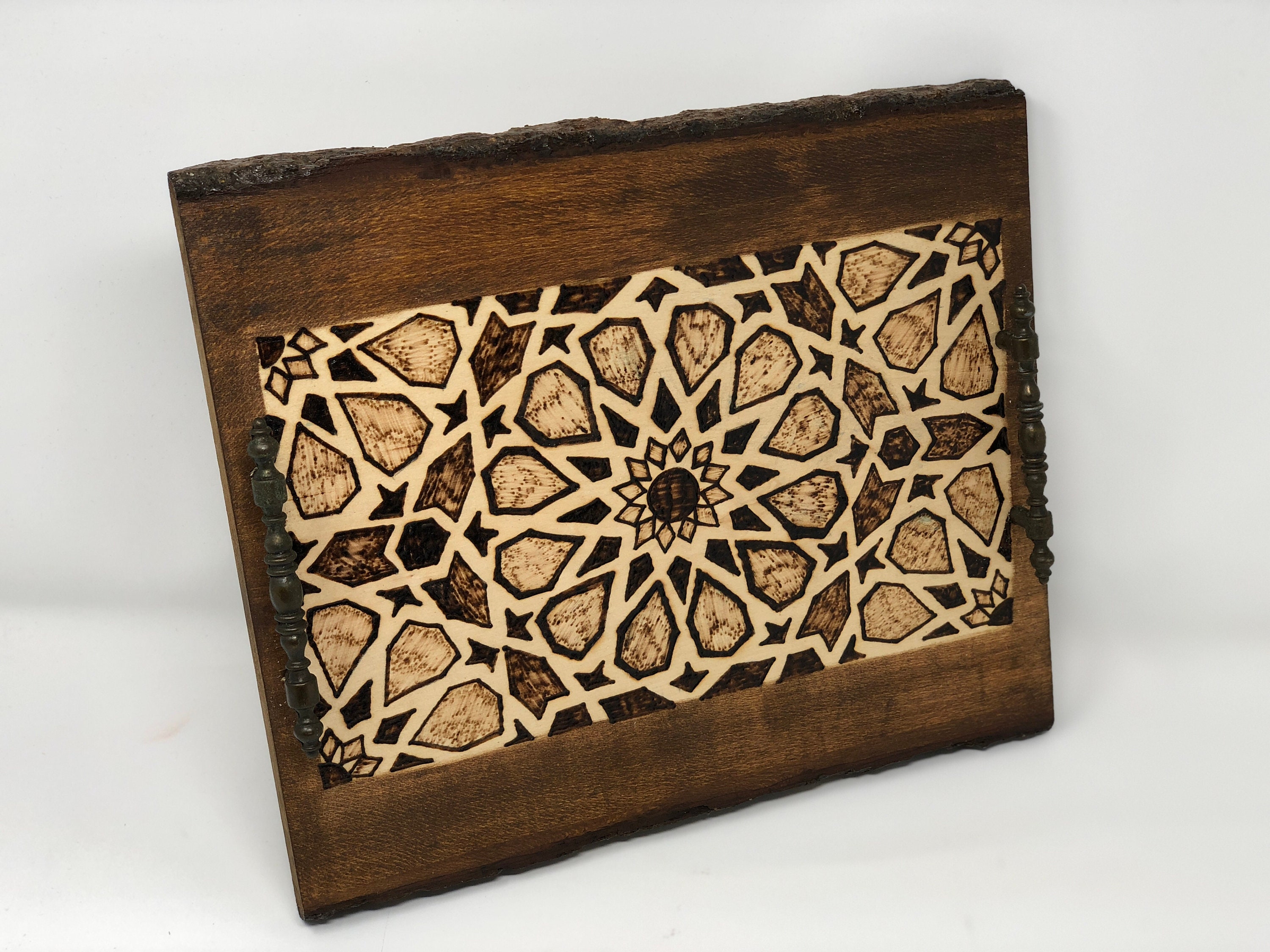 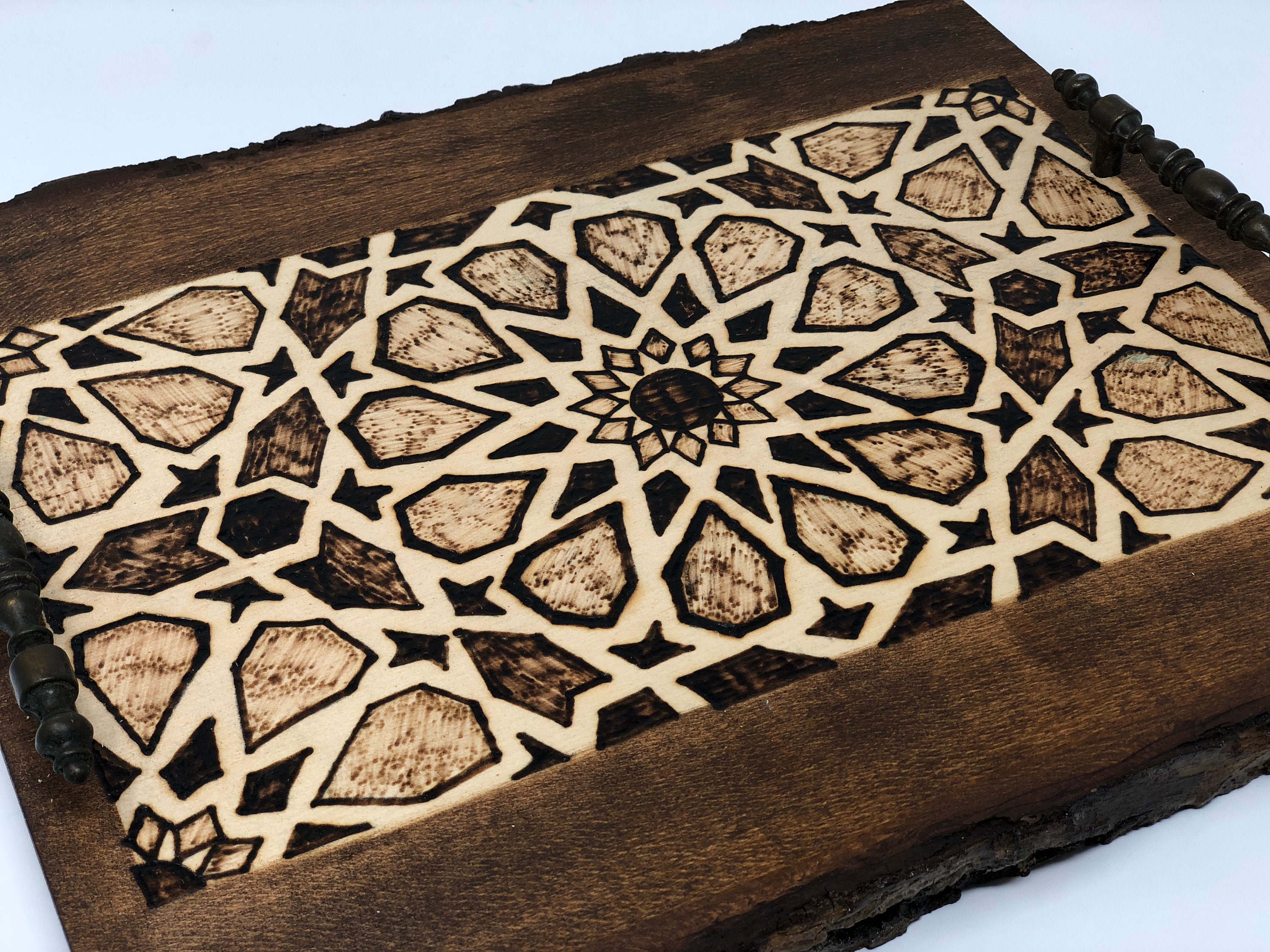 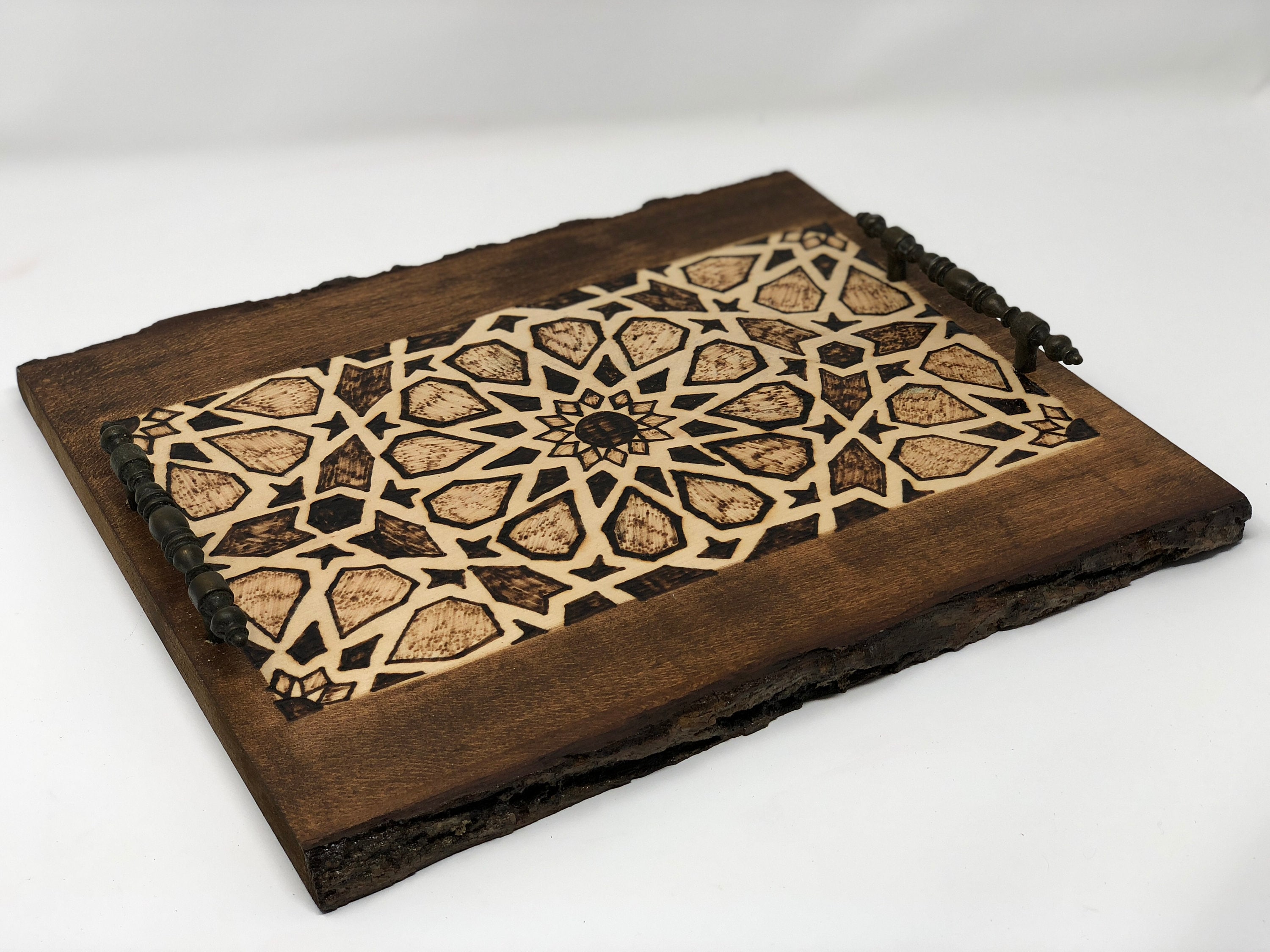 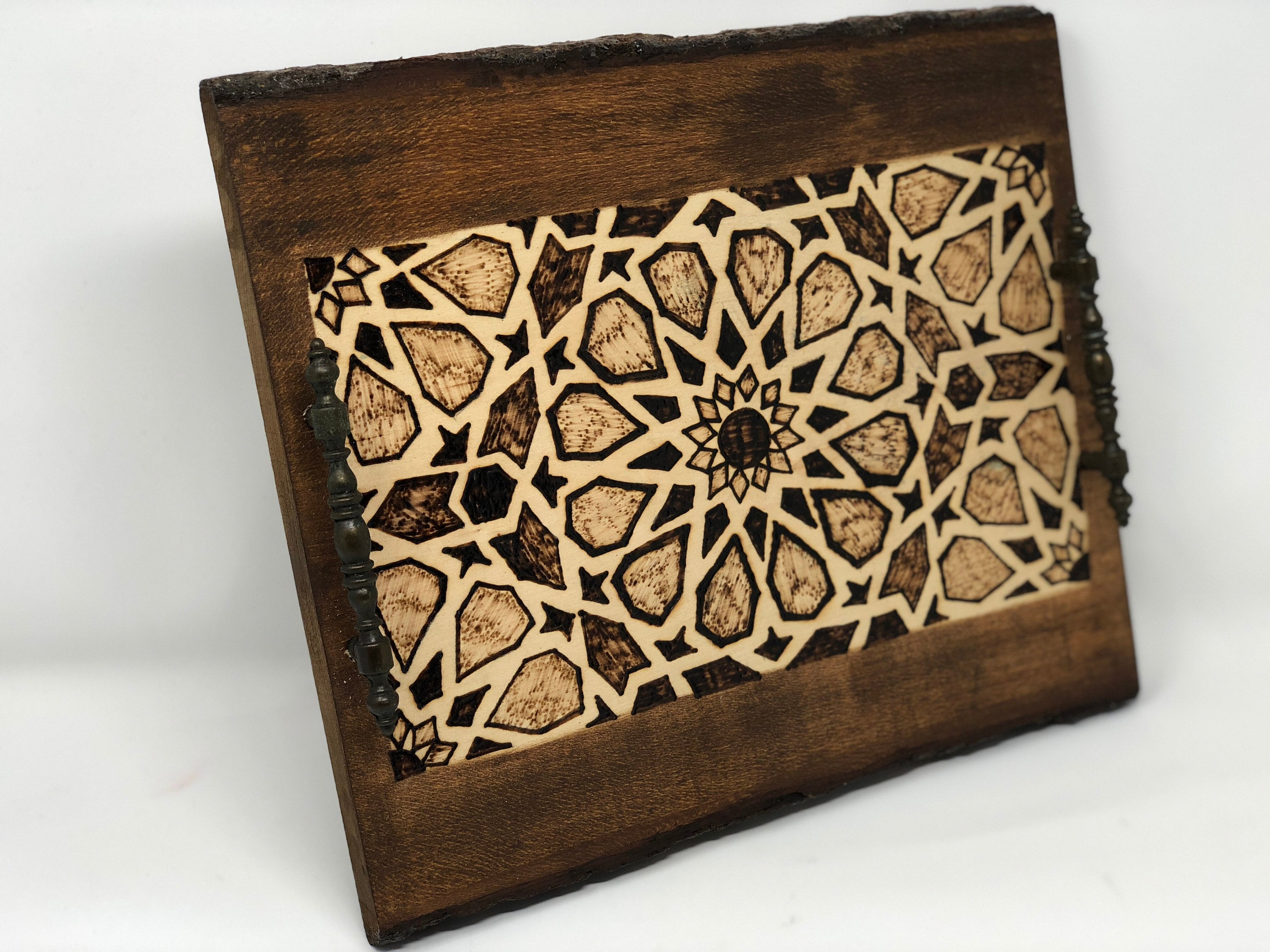 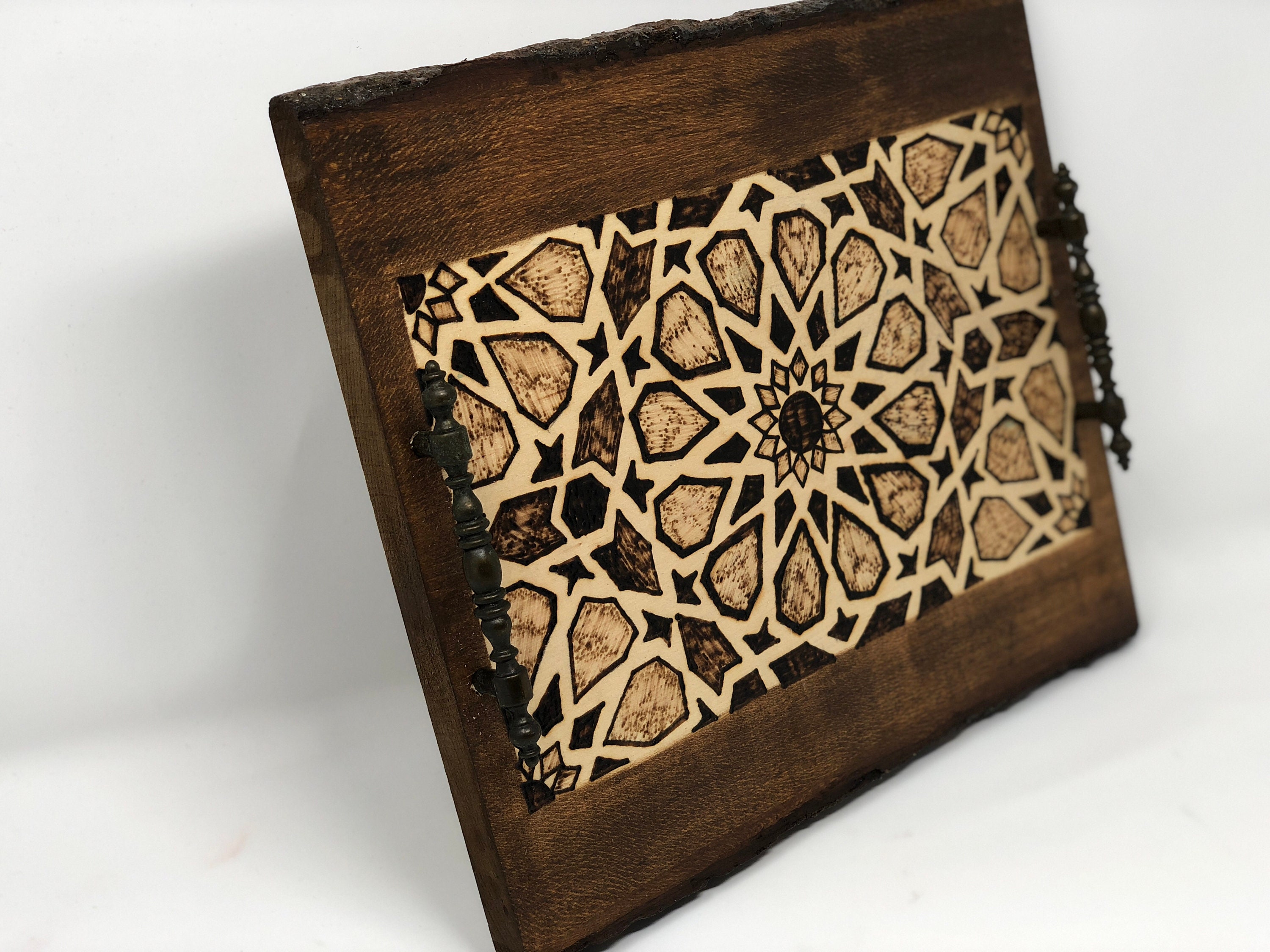 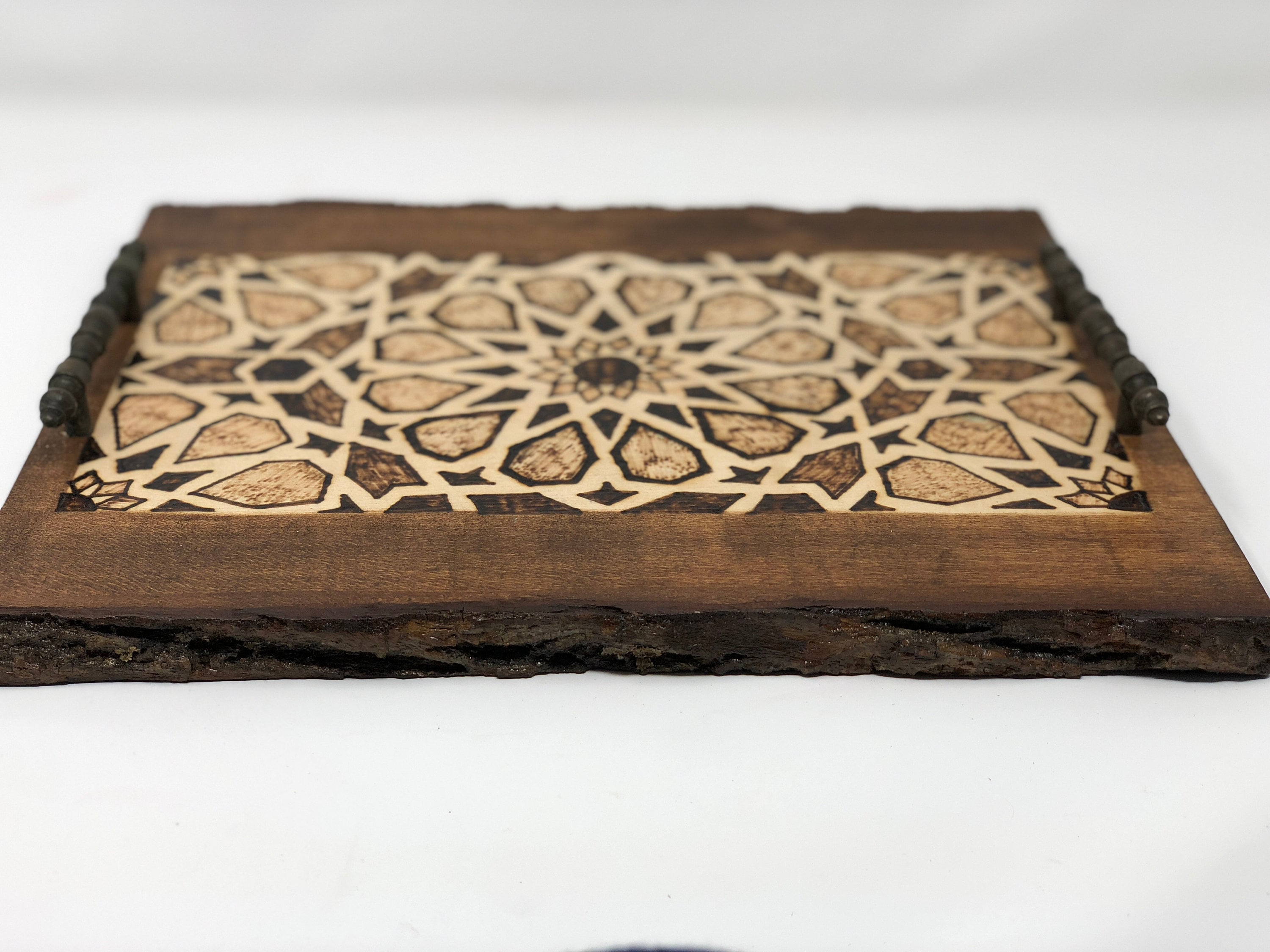 The geometric arabesque design on this tray was inspired by a Mamluk wall panel originally from the Mosque of Aqsunqur built in 1347 C.E. in Cairo Egypt by the Mamluk Amīr Shams al-Dīn Aqsunqur. He was the son of the famous Mamluk Sultan Nasir Muhammad Ibn Qalawūn who ruled Egypt and Syria for three reigns almost spanning fifty years. This mosque is often called the “Blue Mosque” of Egypt because of the blue Ottoman tiles that were imported and used to cover the mihrab wall space when the complex was restored by Ibrahim Aga al-Mustahfizan in 1654. The design belongs to a stone inlayed mosaic panel from the mosque which is from the original Mamluk construction and is located on a panel in the mosque and is in contrast with the Ottoman ornament within the mosque. The 16-star geometric pattern that we used on this tray is very common in Mamluk geometric arabesque patterns and used in manuscripts, architecture, woodwork, and metalwork throughout the Mamluk period of history. It is a timeless motif and we thought it could bring historical beauty and wonder through this tray to your home or office space.