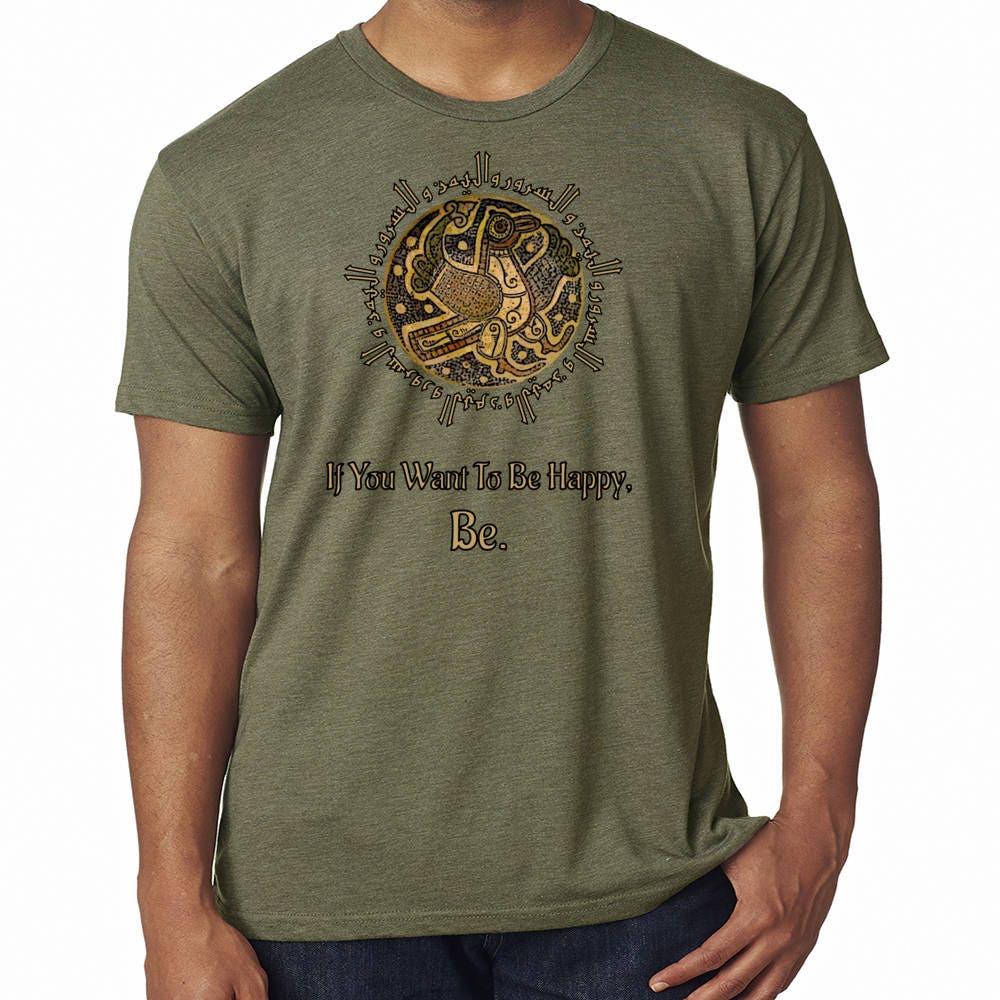 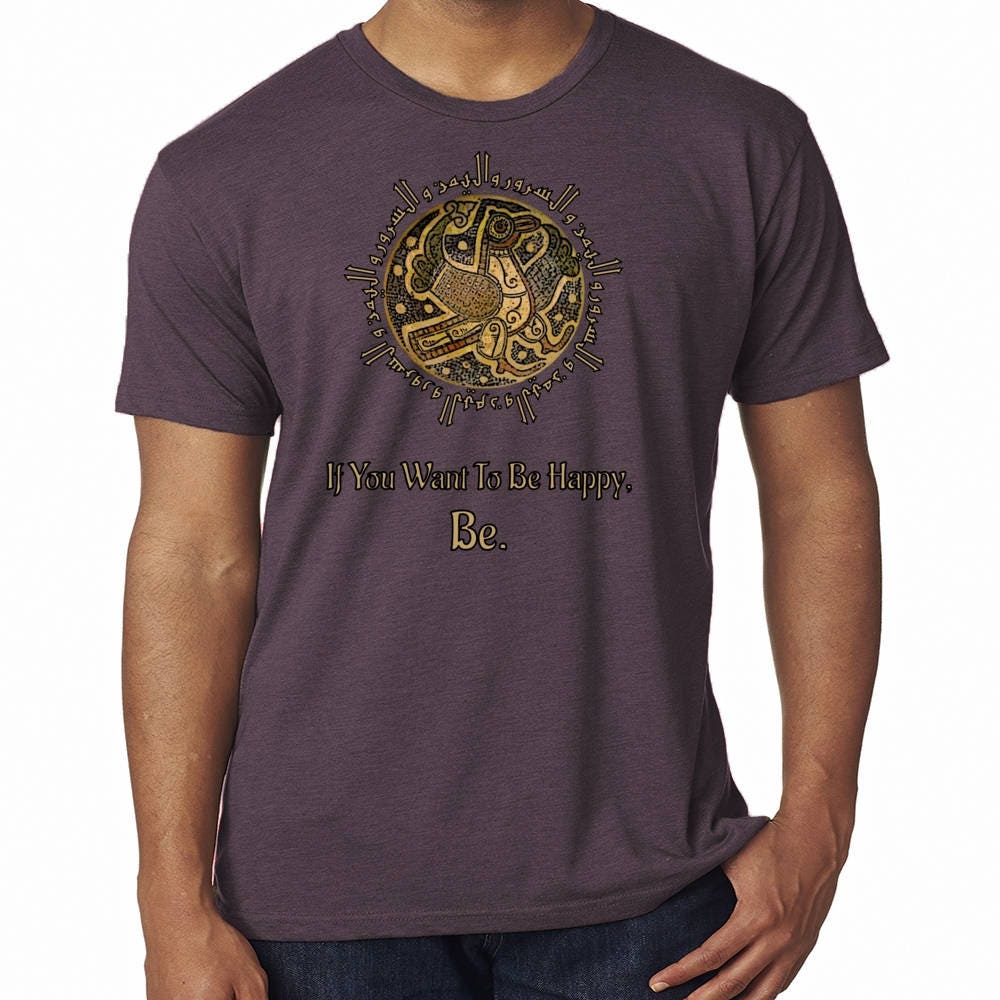 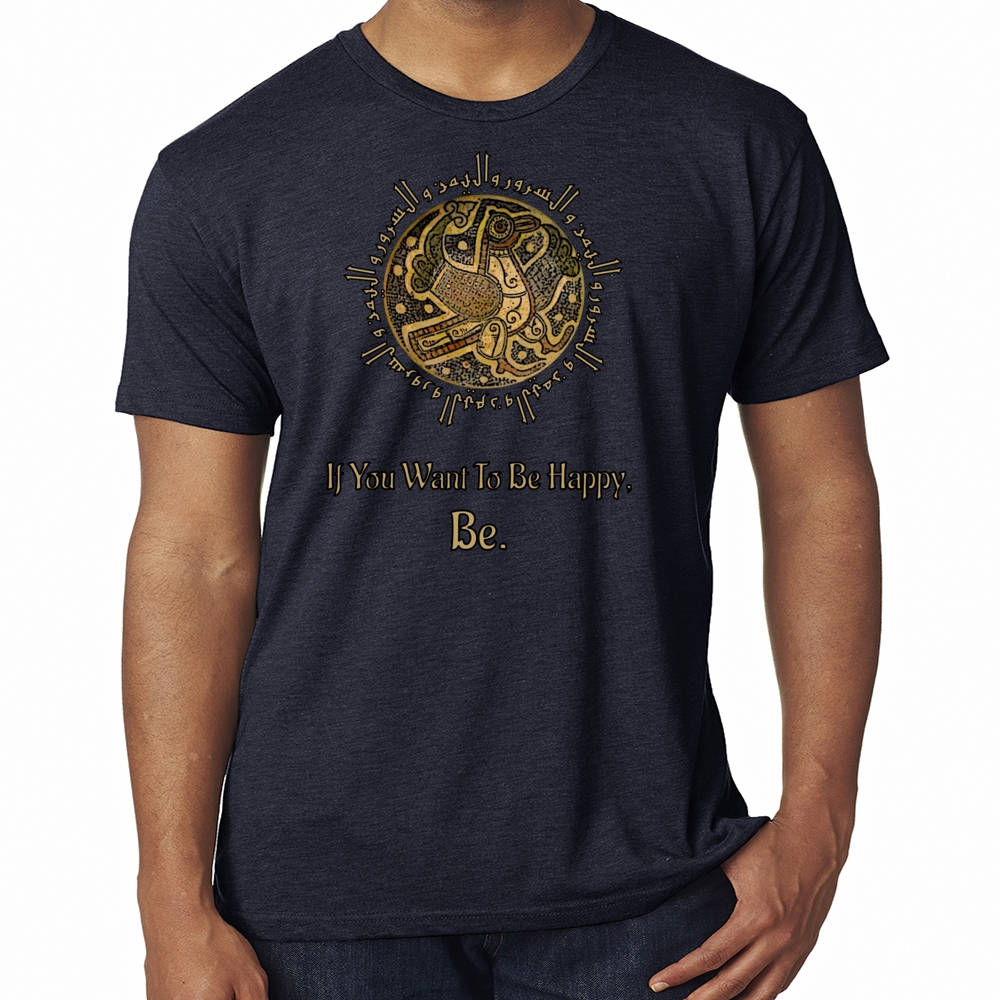 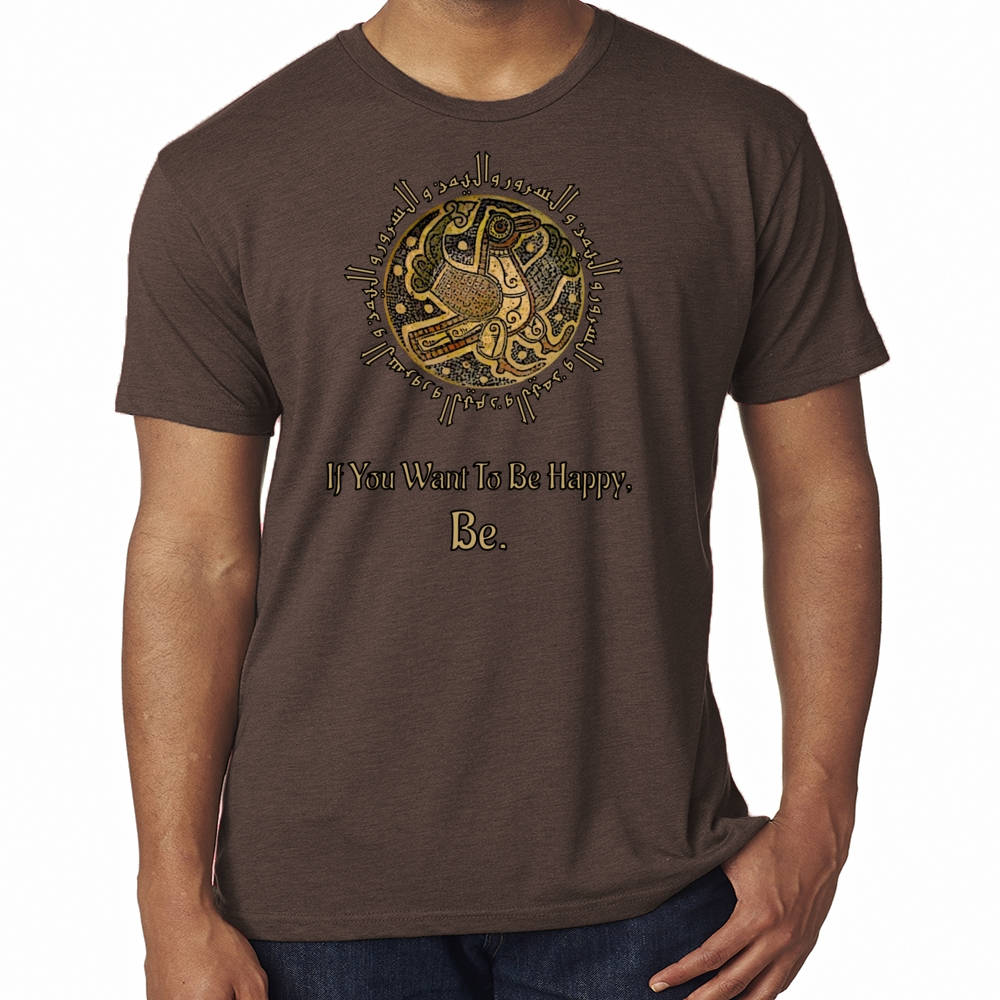 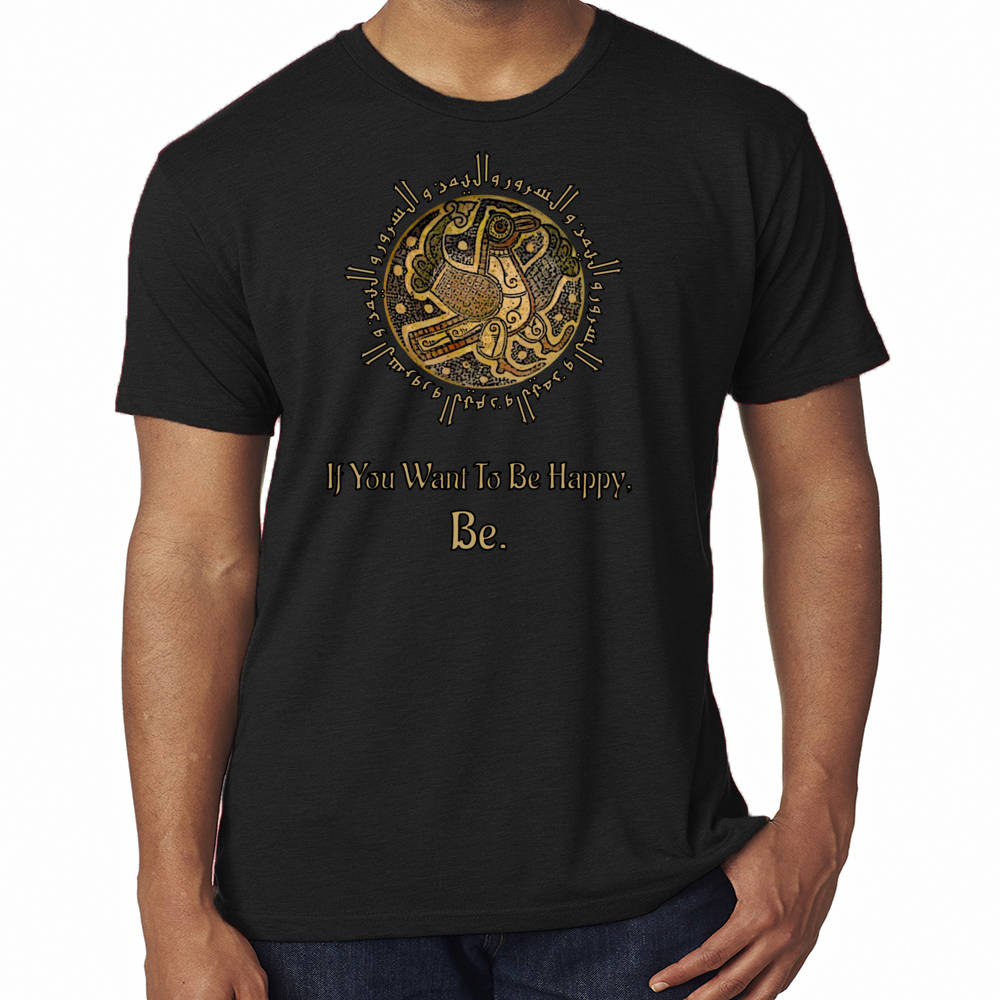 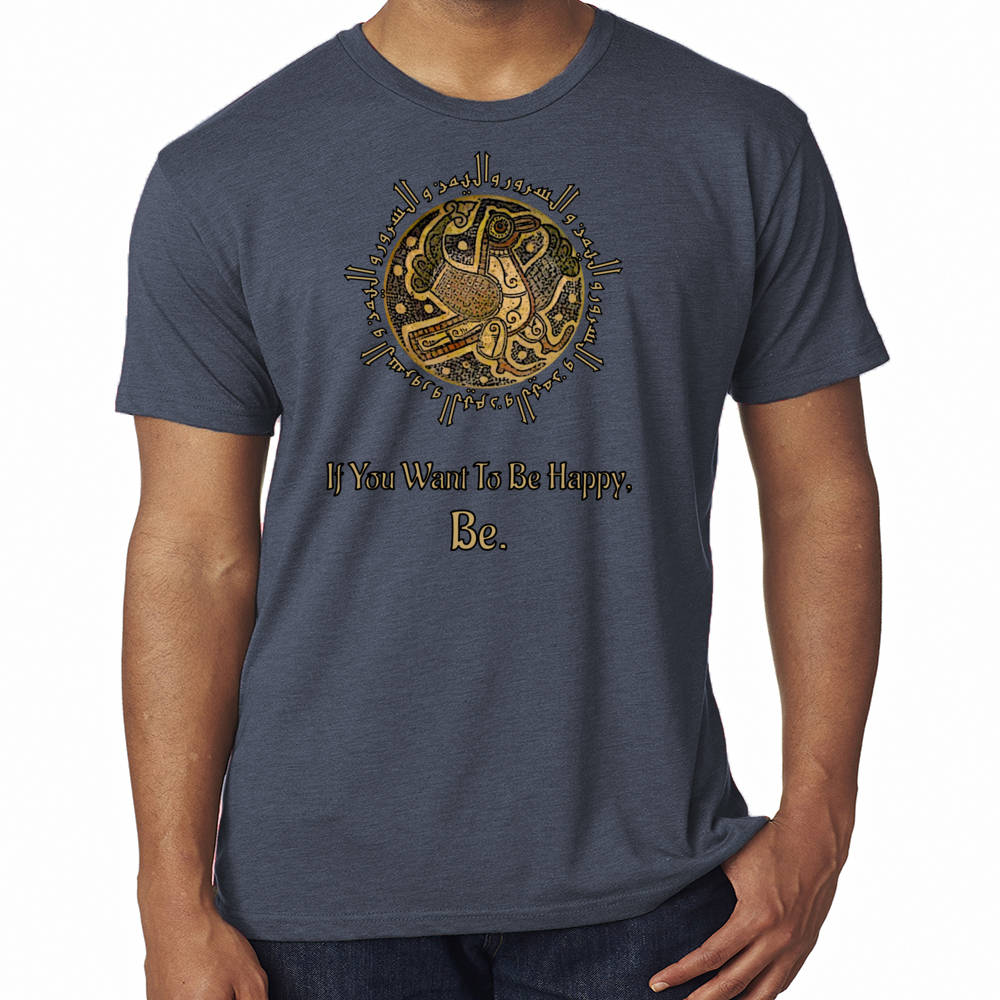 Happiness is a strange concept. The fictional Russian poet, Kozma Petrovich Prutkov, who was invented by Aleksey Konstantinovich Tolstoy as a pseudonym for him and his cousins during the mid 19th century. For Prutkov, happiness was just being. He wrote, "If you want to be happy, be. This is an interesting philosophy for life and the meaning of happiness. We wanted to bring this concept in a t-shirt featuring a 10th century bird motif originally created on an earthenware bowl in Central Asia. The motif has been surrounded by the phrase "Happiness and Joy" repeating itself in a kufic style handwriting. This t-shirt is aimed to remind us of the joy and happiness which comes from just being who we are in all our diversity and differences. When we aren't afraid to just be - then life becomes full of happiness. We saw this 10th century bird as a depiction of that philosophy. Designed and sold exclusively by The Arabesque.