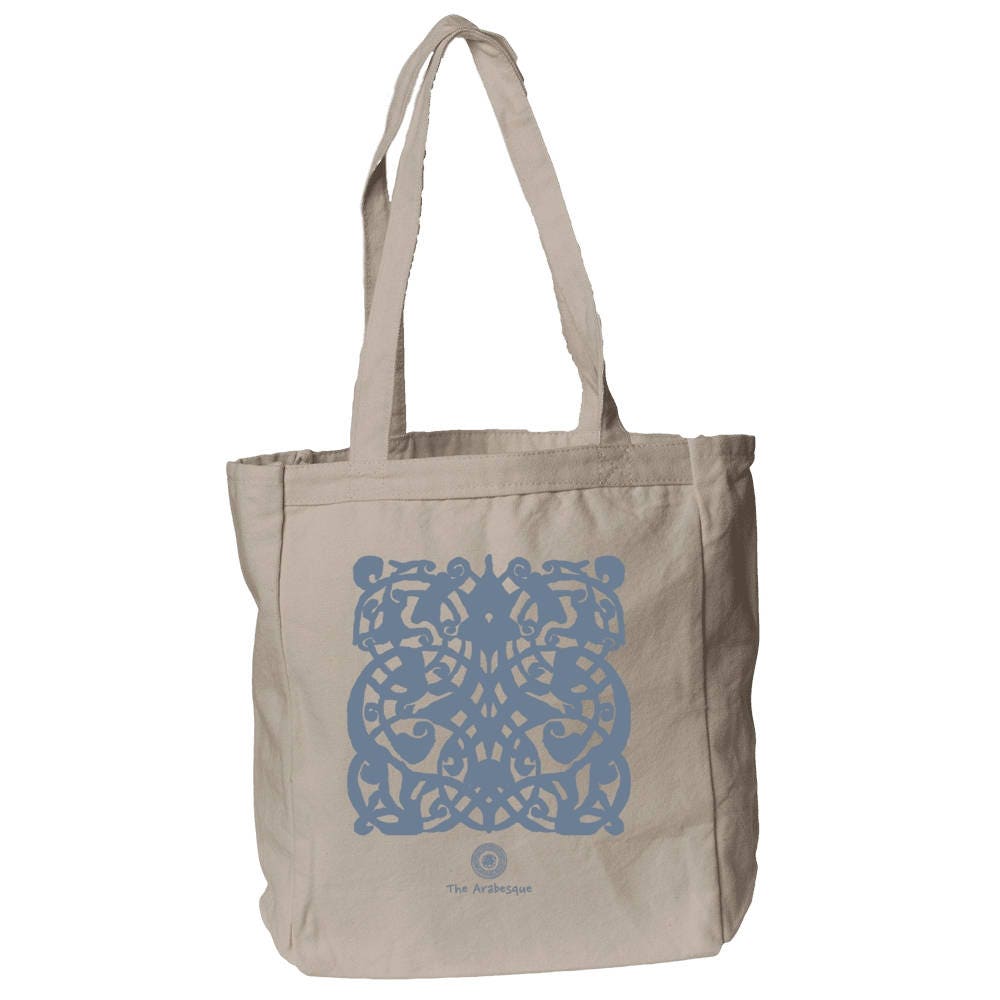 The design for "1389" was inspired by a 13th - 14th century Mamluk arabesque design depicting entwined vines and palmettes. The original art from which our design was inspired is a carved ivory panel made in medieval Egypt which was intricately carved with this complex arabesque design. The original ivory panel was most likely part of a larger wooden work like a door, wall, minbar, or Quran stand - all decorative surfaces which in the Middle Ages often used arabesque designs to enhance their beauty. The Mamluks were a dynasty of slave kings who ruled Egypt and parts of Syria between 1250 - 1517. The arabesque designs that they have left behind on the surfaces of architectural buildings and works of art are some of the most beautiful productions of the medieval period. This tote bag's design resonates the beauty produced in that time period.