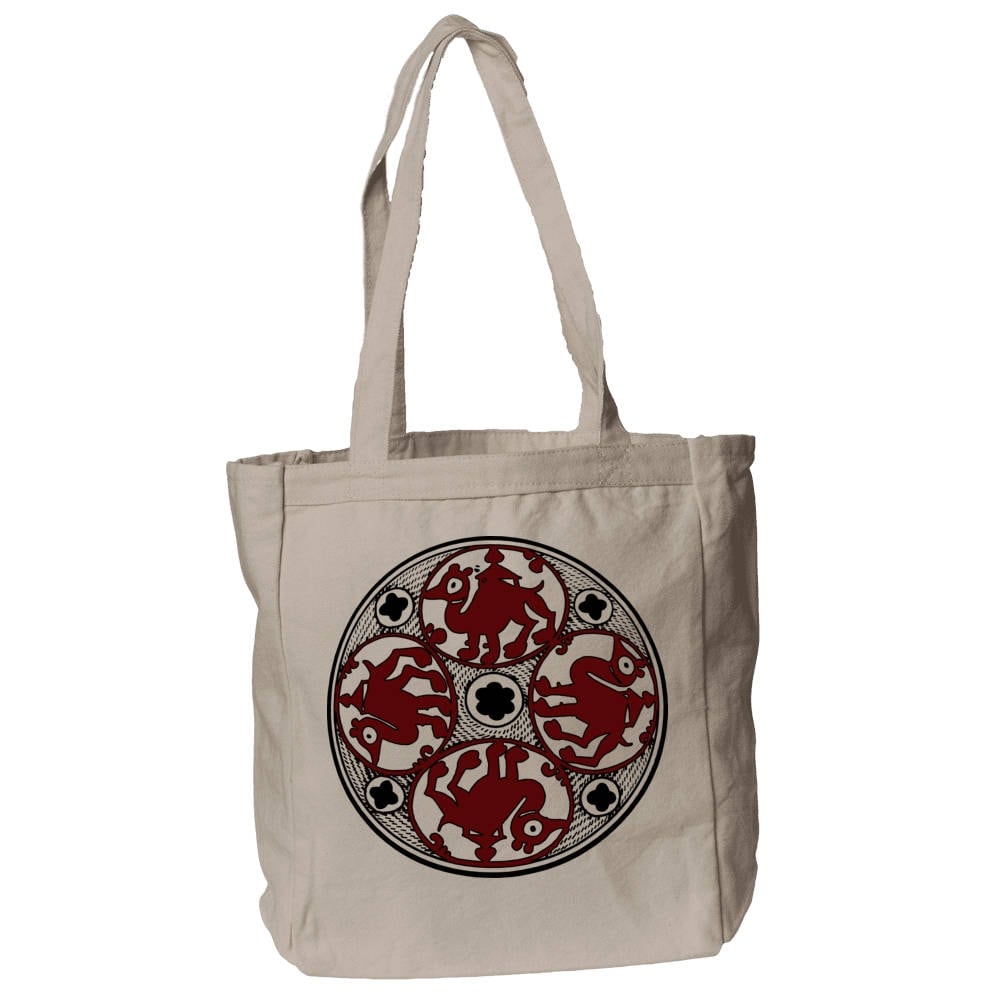 The camel was the main means of transportation used in the medieval Middle East. In fact, for a long period of time the Roman invention of the wheel wasn't used in the premodern Middle East and North Africa because camels and transportation via caravans were so efficient. Beginning from the classical period, camels also had a significant influence on Arabic literature since they had been the prized animal of Bedouin desert culture. They also found there way into the art of the medieval Islamic world. The motif on this tote bag is from a lusterware bowl made in Abbasid Iraq in the 10th century. The original bowl is currently housed at the Metropolitan Museum of Art in New York City. Whether you like to travel and history or simply love the Middle Ages and 'camels a lot', this tote is perfect for you. Designed and sold by The Arabesque.