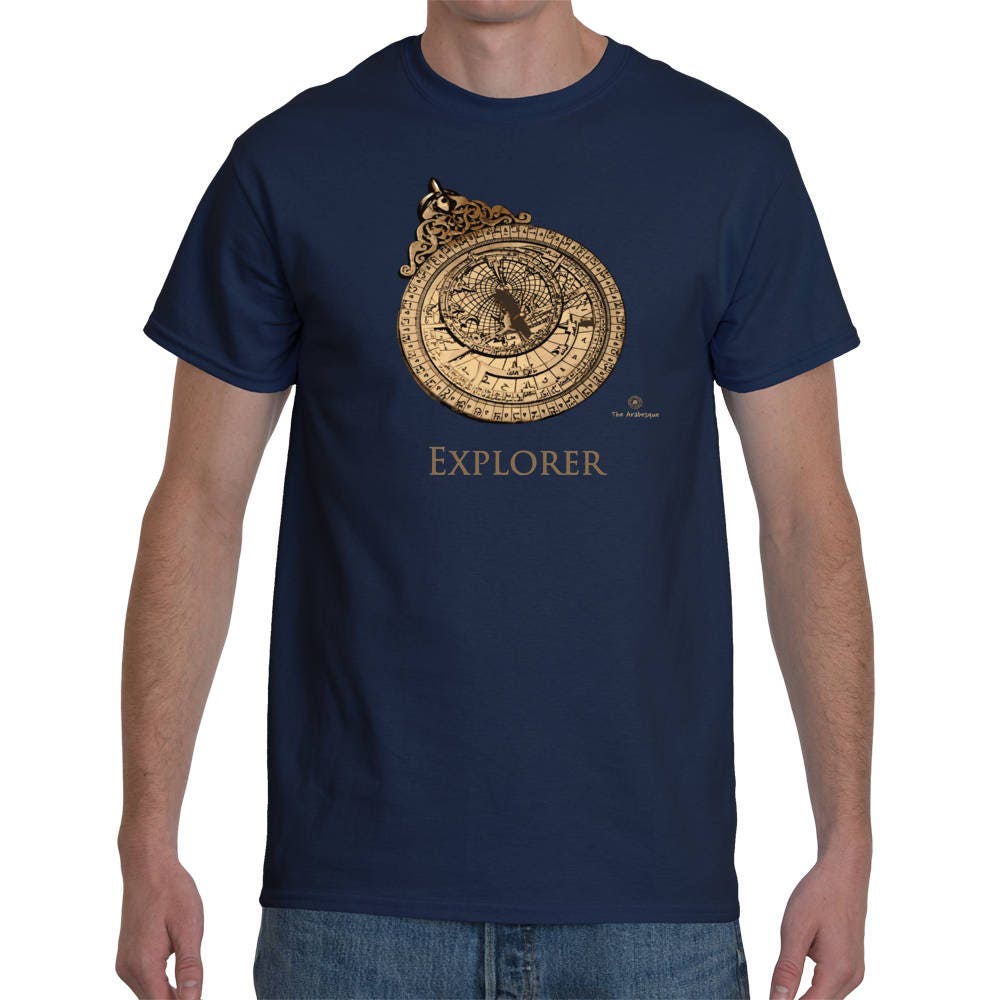 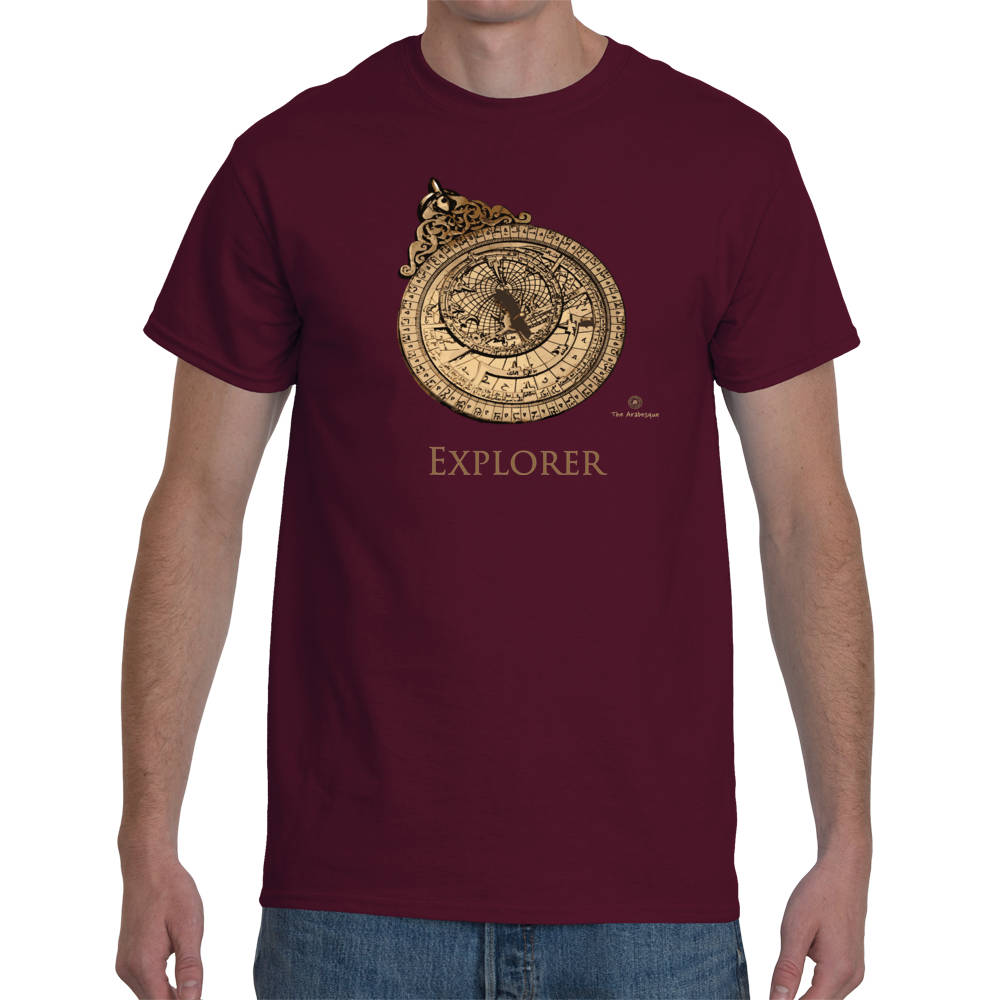 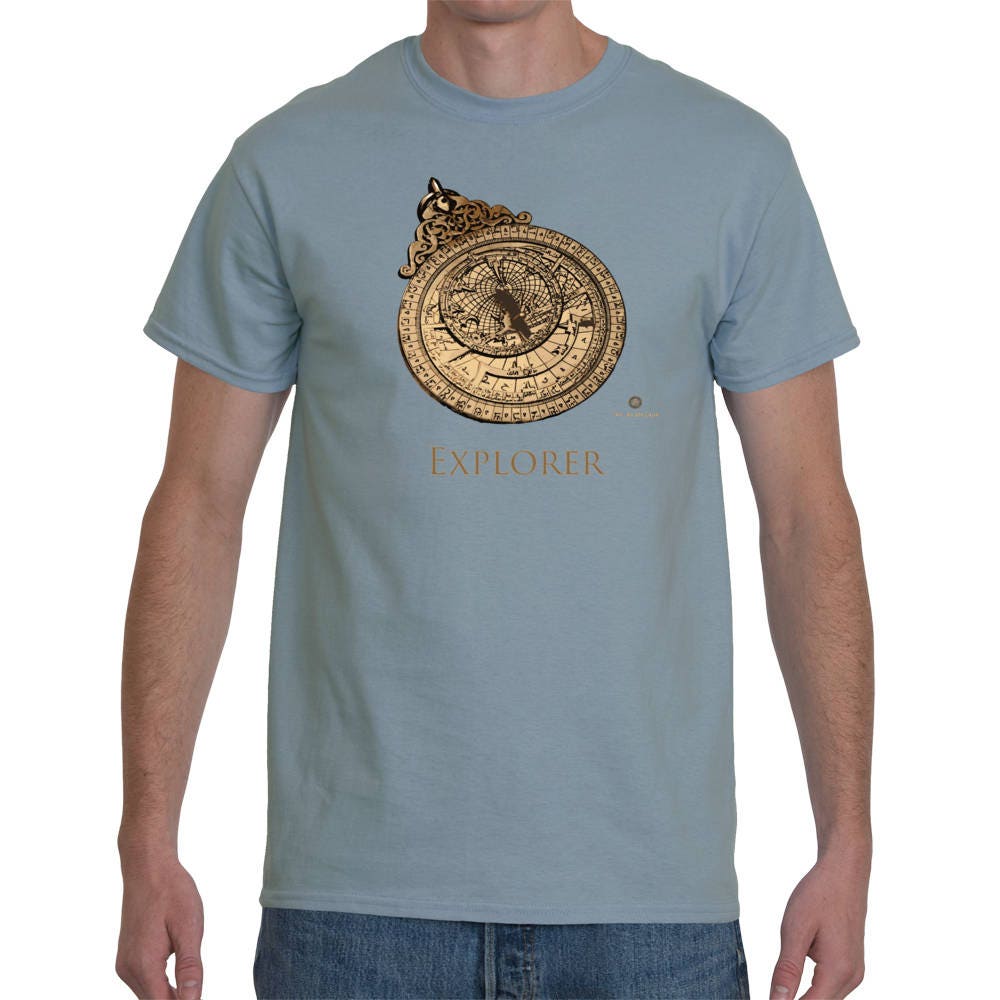 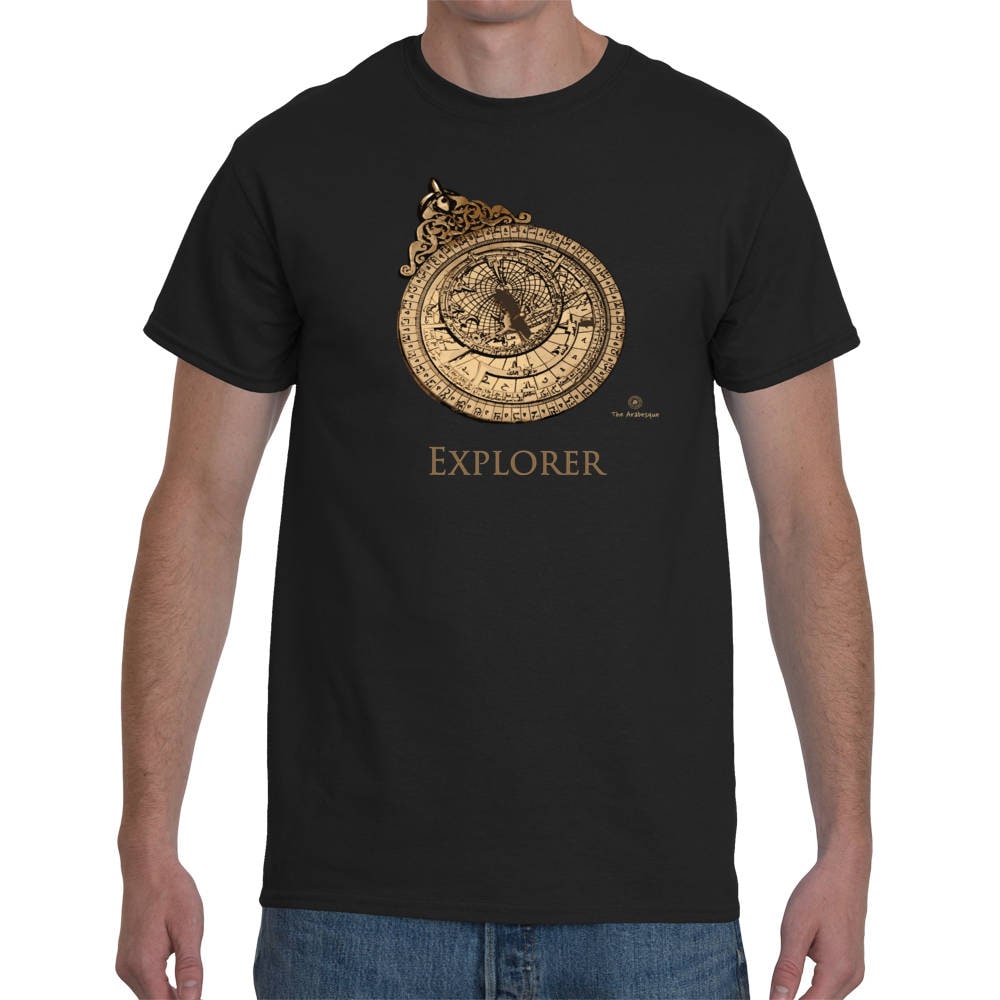 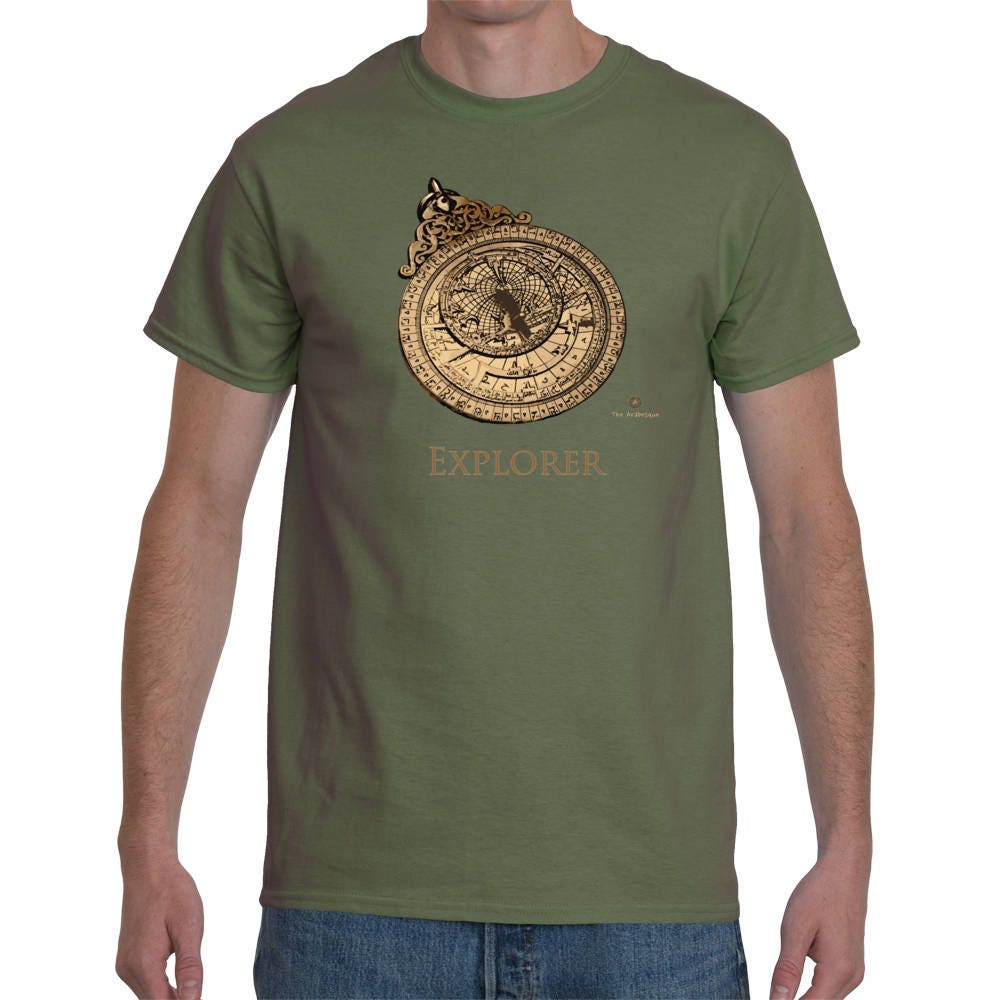 The astrolabe was a device from the ancient and medieval worlds which astronomers and navigators used to identify the position of the stars and sky to determine direction, time, and location. Before the compass was created, this device was the main instrument through which one found direction. The particular astrolabe in this t-shirt was commissioned by a 13th century prince of Yemen named Umar ibn Yusuf ibn Umar ibn Ali ibn Rasul al-Muzaffari. He was very keen on the sciences and even wrote a treatise on astrolabes. This particular astrolabe, on display at the MET in New York, is a testimony to the scientific achievements of the medieval Middle East.