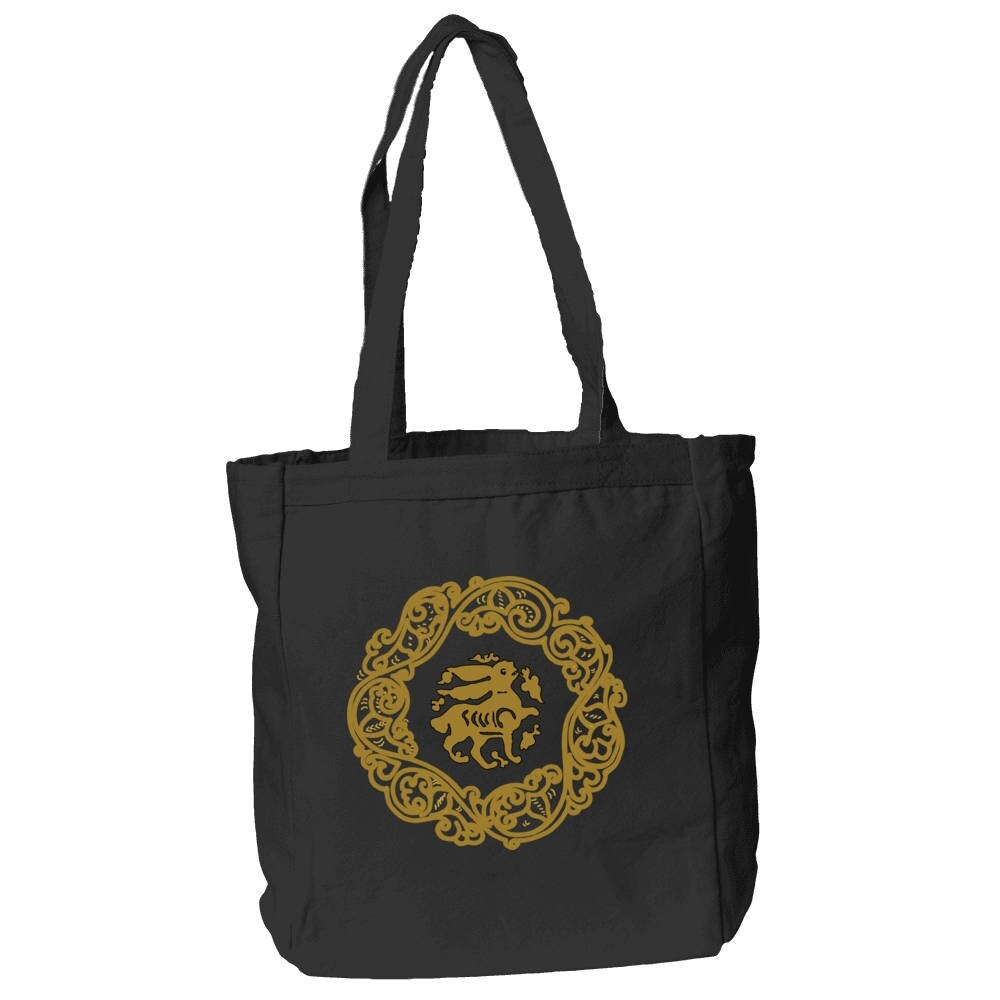 This tote features a medieval Fatimid hare motif which originally was painted on a bowl from 11th century Egypt. The hare was considered a lucky and prosperous animal in the ancient world and the Middle Ages. For this reason, it was a frequent animal used in medieval art, textile design, and all kinds of decorative objects. It appears frequently as the main animal in medieval Islamic ceramics. We combined two historic patterns, the Fatimid bunny and a medieval Persian floral arabesque pattern, to create this tote bag's print and show our 'obsession' for the arabesque technique. We want to share that obsession, fun, and love for medieval art with you with this bag. It is perfect for historians, medievalists, history buffs, animal print enthusiasts, professors, and bunny and arabesque obsessed people. This motif was designed by the youngest member of our team, our eight year old daughter. Sold and designed by The Arabesque.