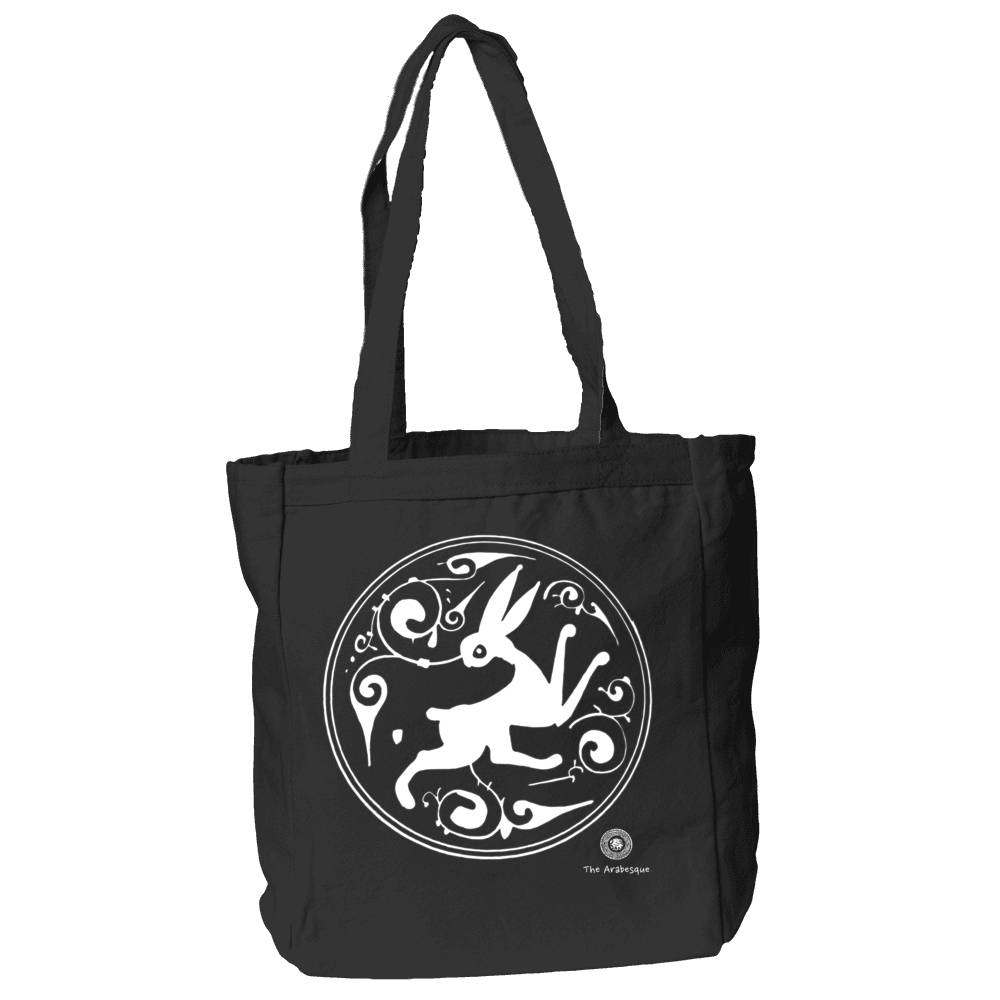 When you have 'bunny power' you just know it. This fun medieval history themed tote bag features a hare arabesque design which originally was carved into the lid of a metal container in 12th and 13th century Iran. The hare was a legendary creature known for prosperity and luck in the Middle Ages throughout several cultures. Therefore, it widely appears in many forms of art and a frequent subject of abstract animal arabesque patterns. The Arabesque has been greatly inspired by medieval bunnies and this new addition, "Power to the Bunny" design is part of that growing collection. Designed and sold exclusively by The Arabesque.