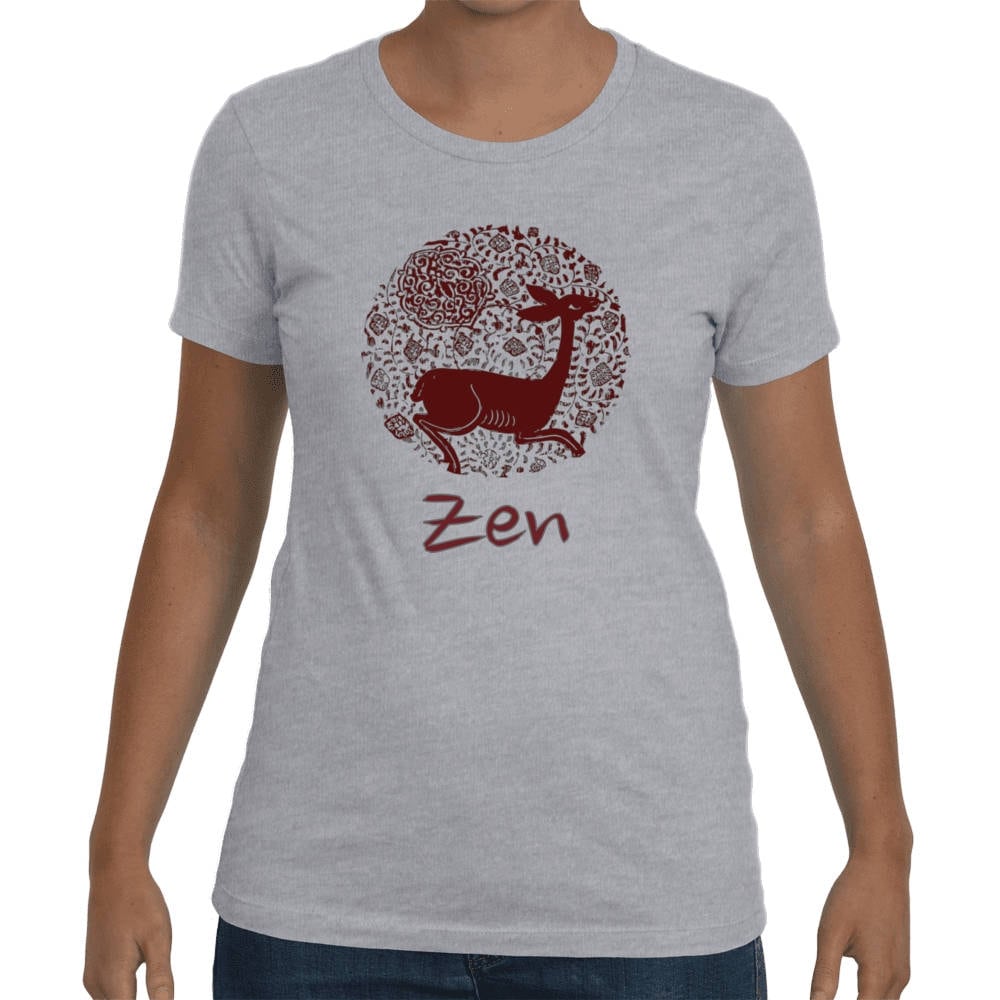 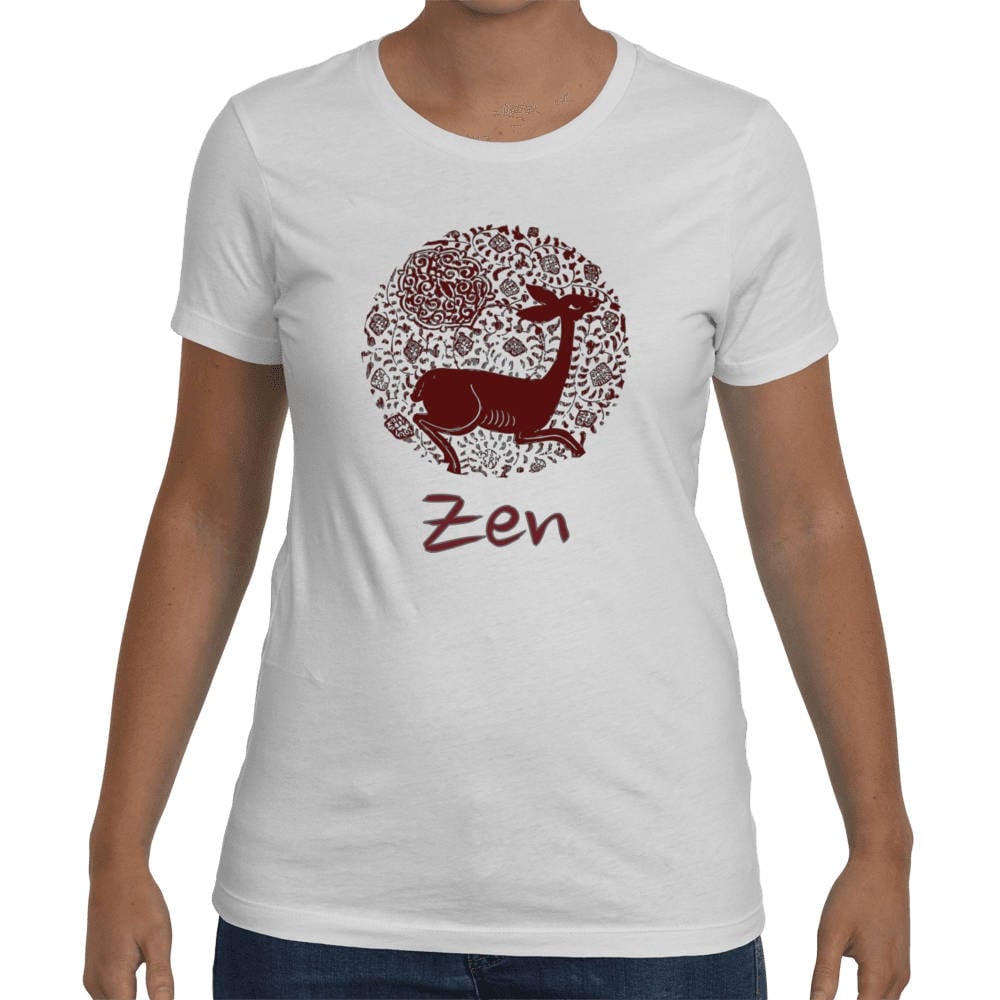 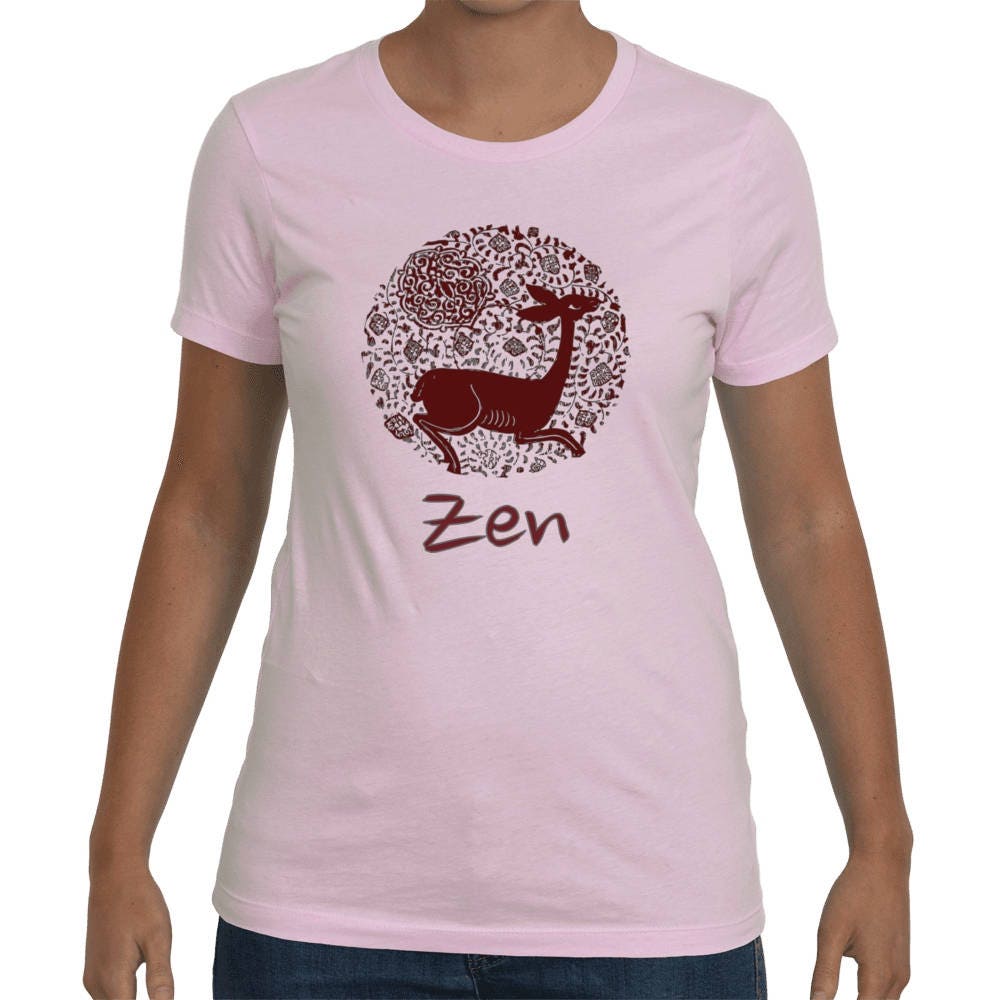 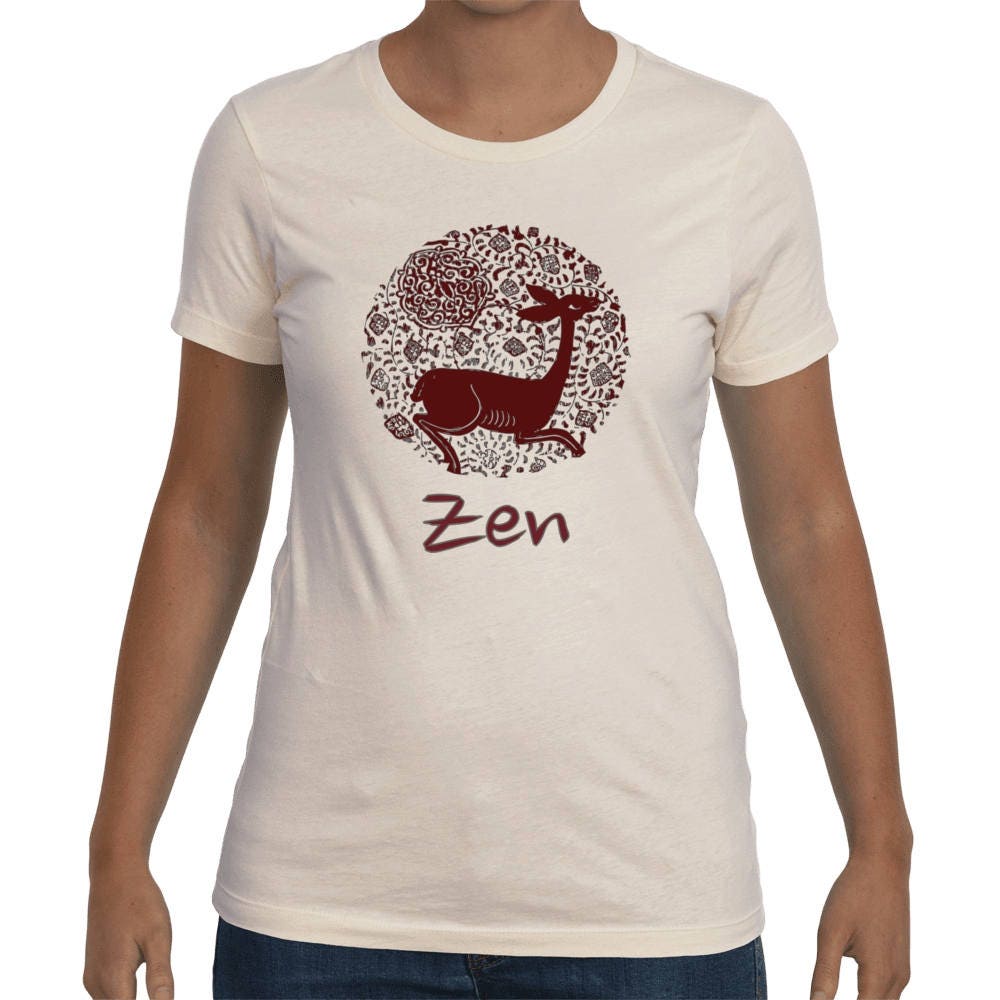 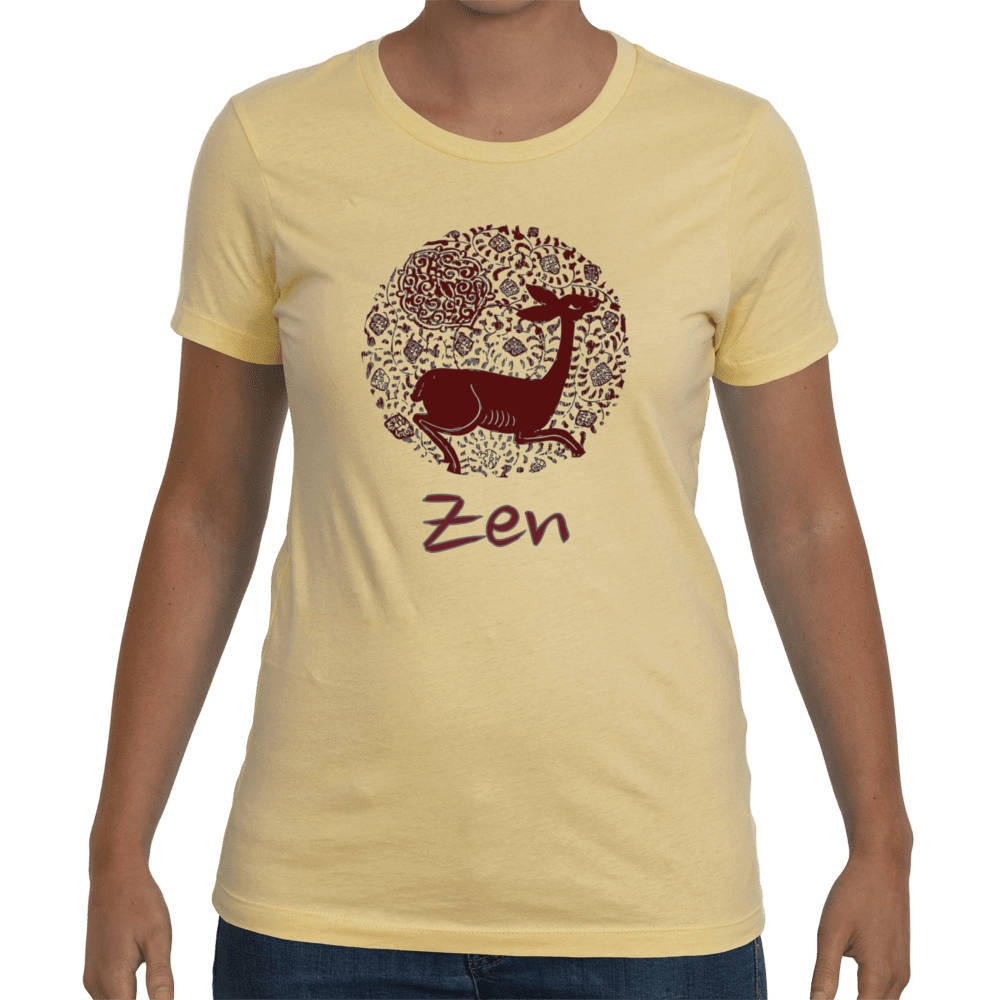 Southern Andalusian Arab art traveled to the north of Spain and influenced the artisans there in the late Middle Ages. The fusion of two cultural arts created amazing works of art, especially lustreware pottery. This t-shirt's design was inspired by a motif of a red hart (deer), surrounded by Hispano-Moresque style arabesque patterns common to 15th century medieval Valencian styles produced in Manises. Animal motifs and arabesque patterns undoubtedly brought their owners a peace of mind and zen when they looked at them and that is why they are such a frequent artistic subject in medieval decor. We wanted to bring that same feeling to you with this unique historical t-shirt which is part of our Zen Collection. Available in men, women, and children sizing. Designed and sold by The Arabesque.