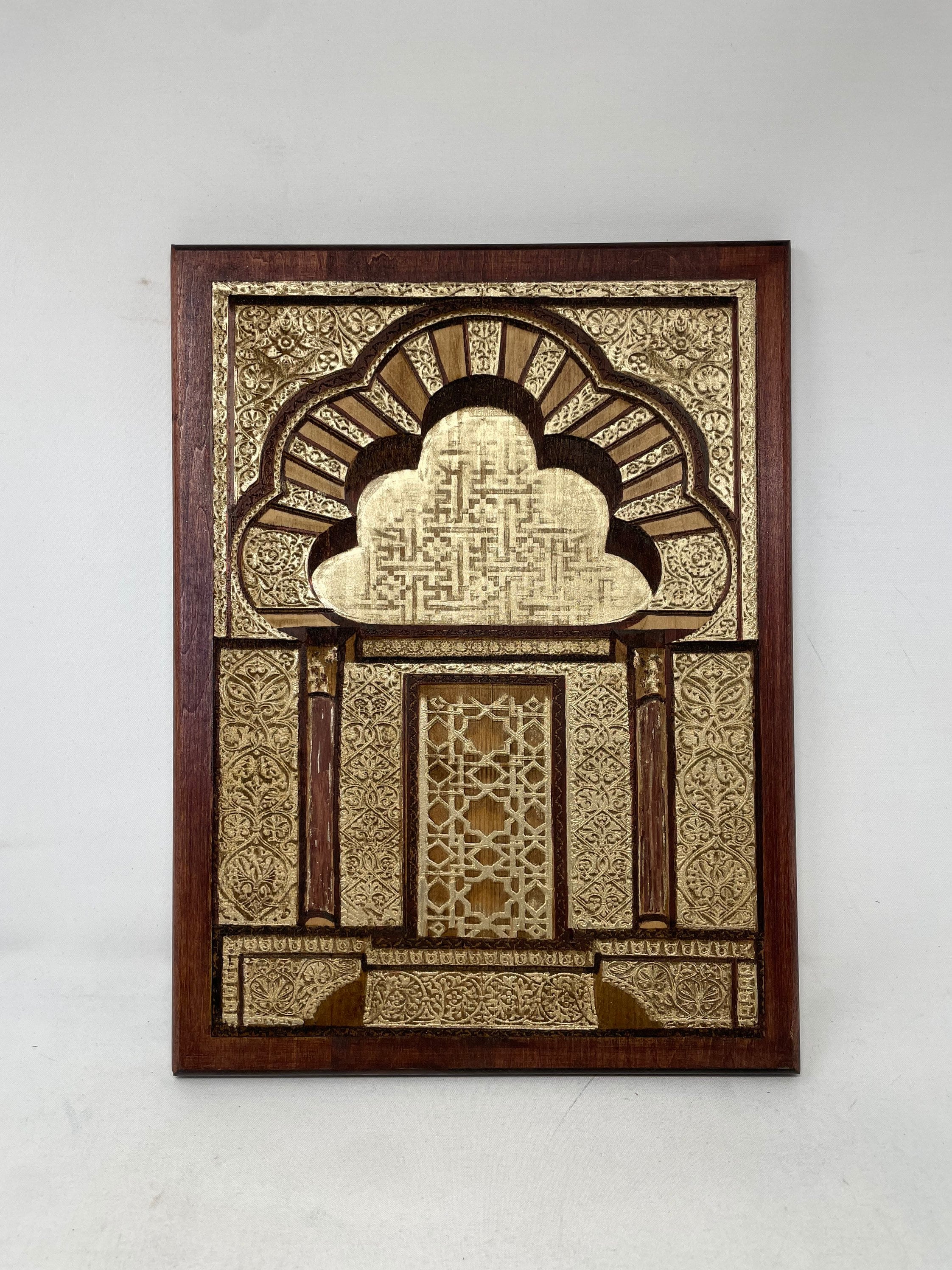 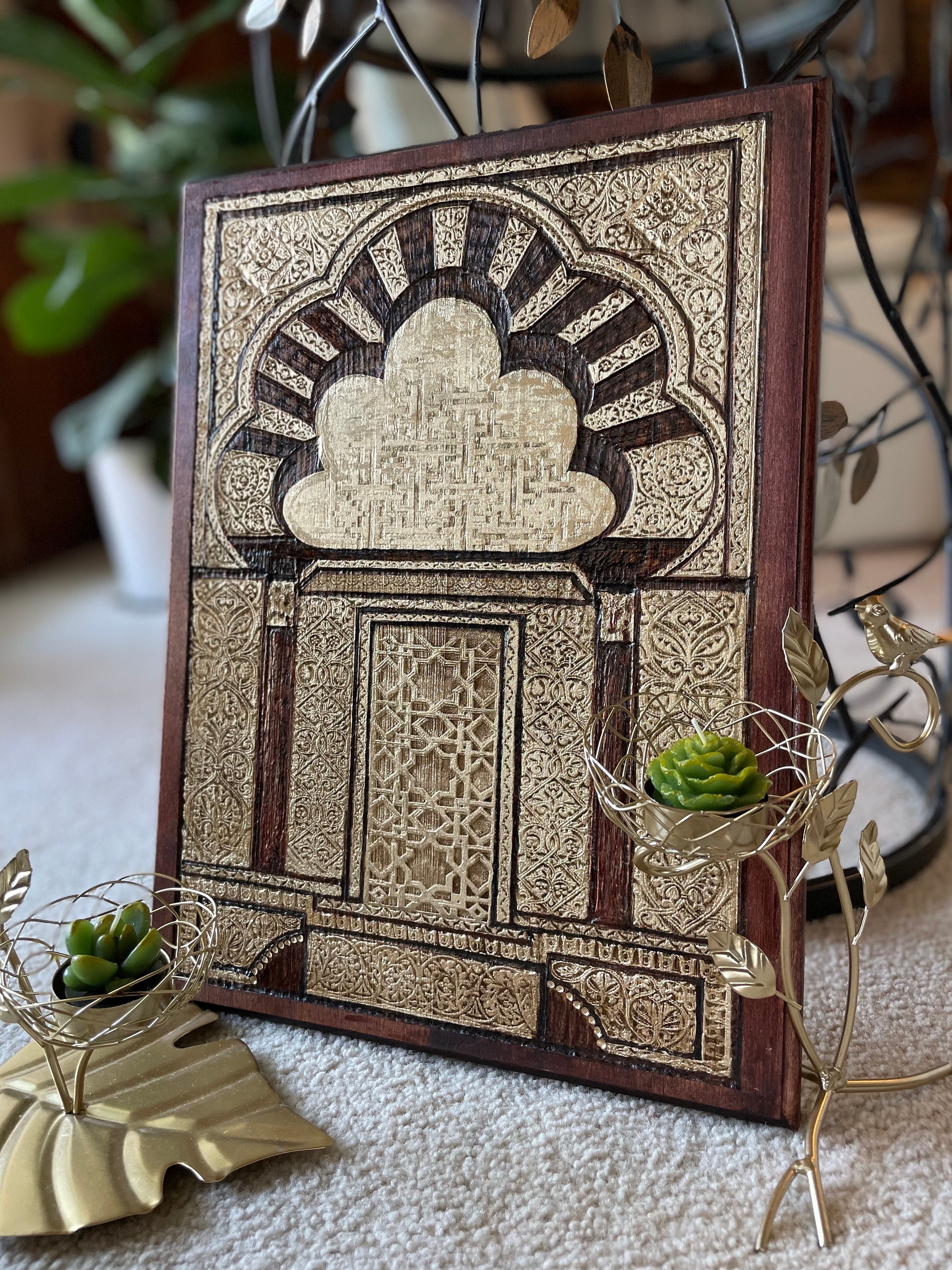 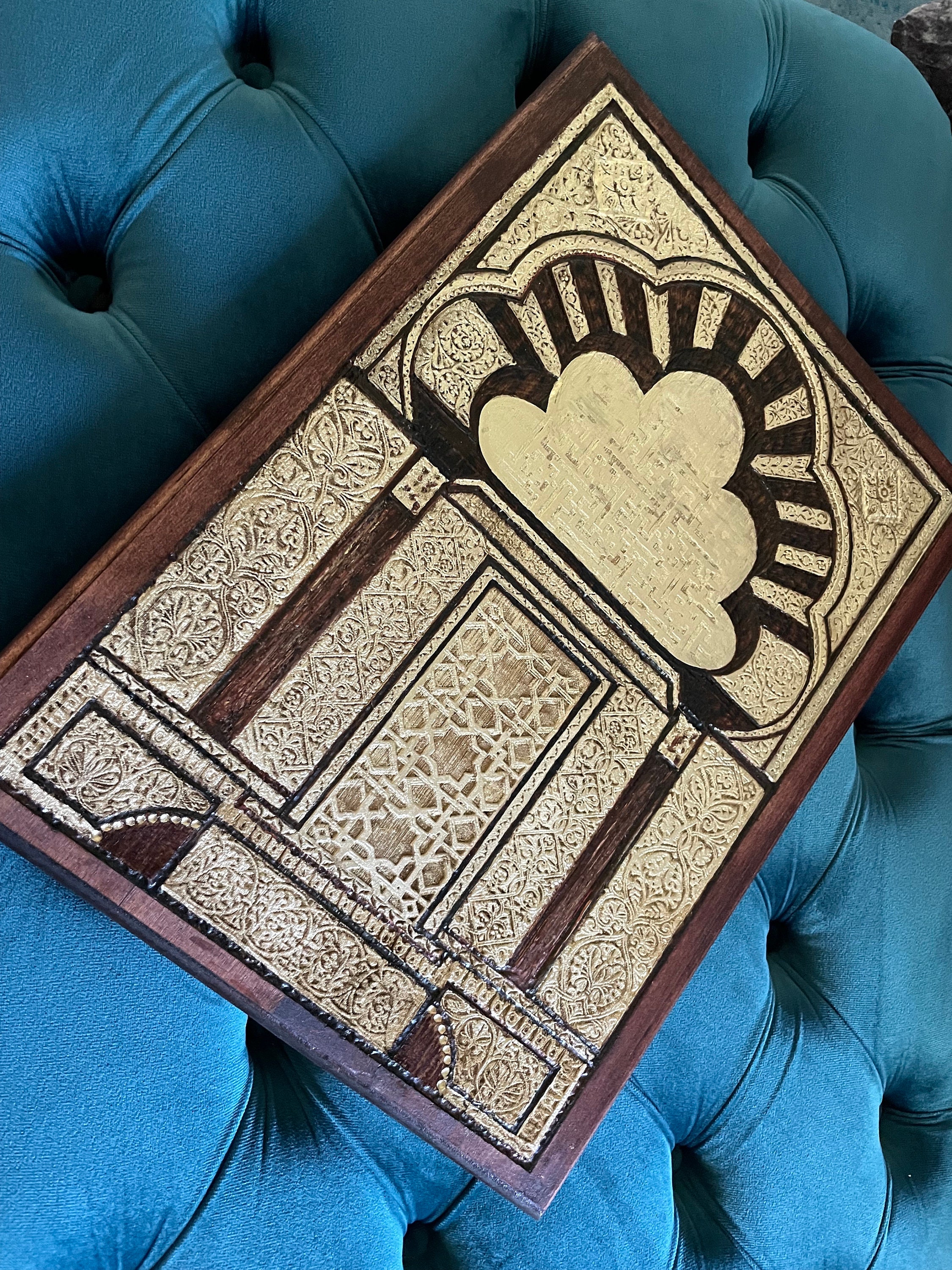 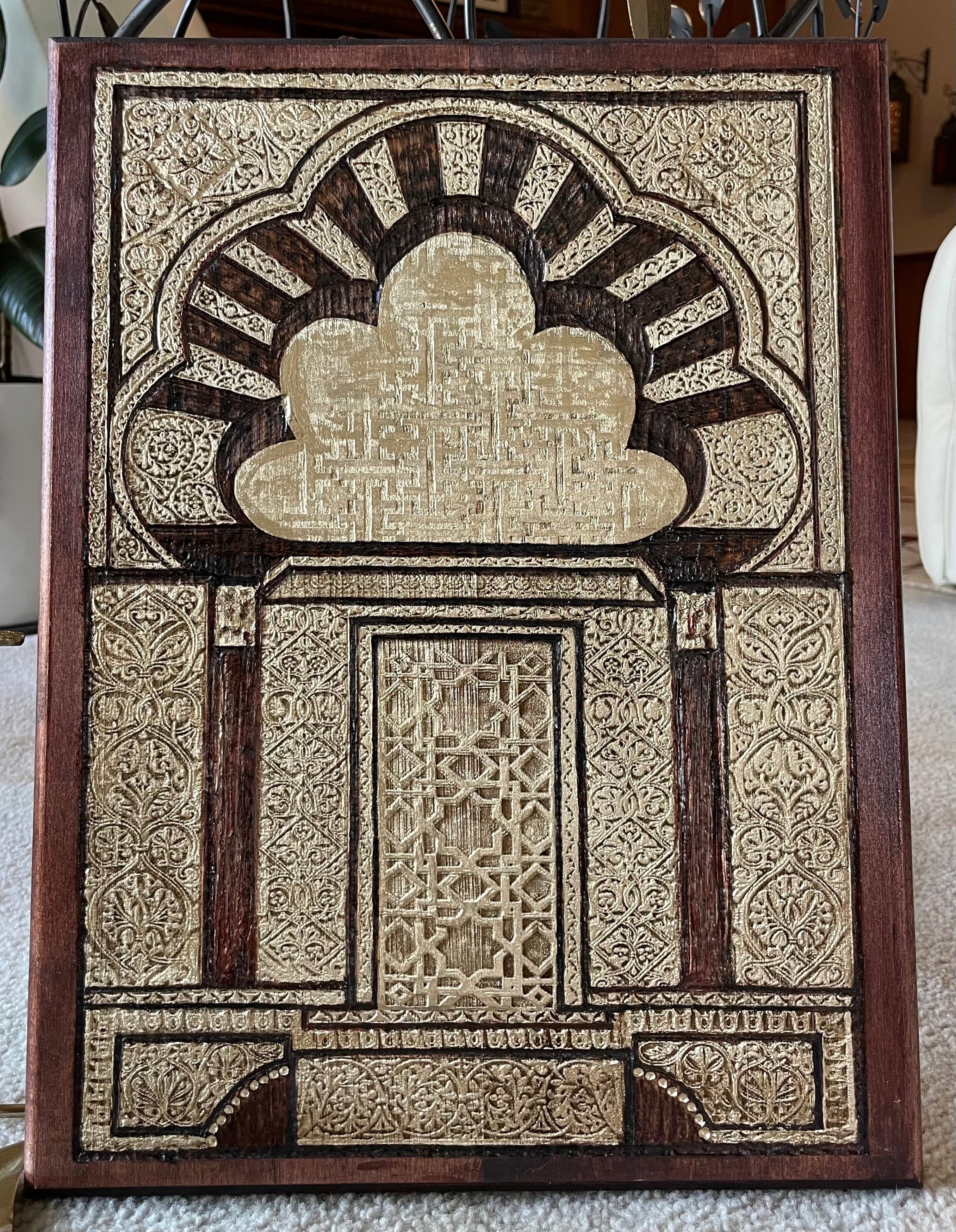 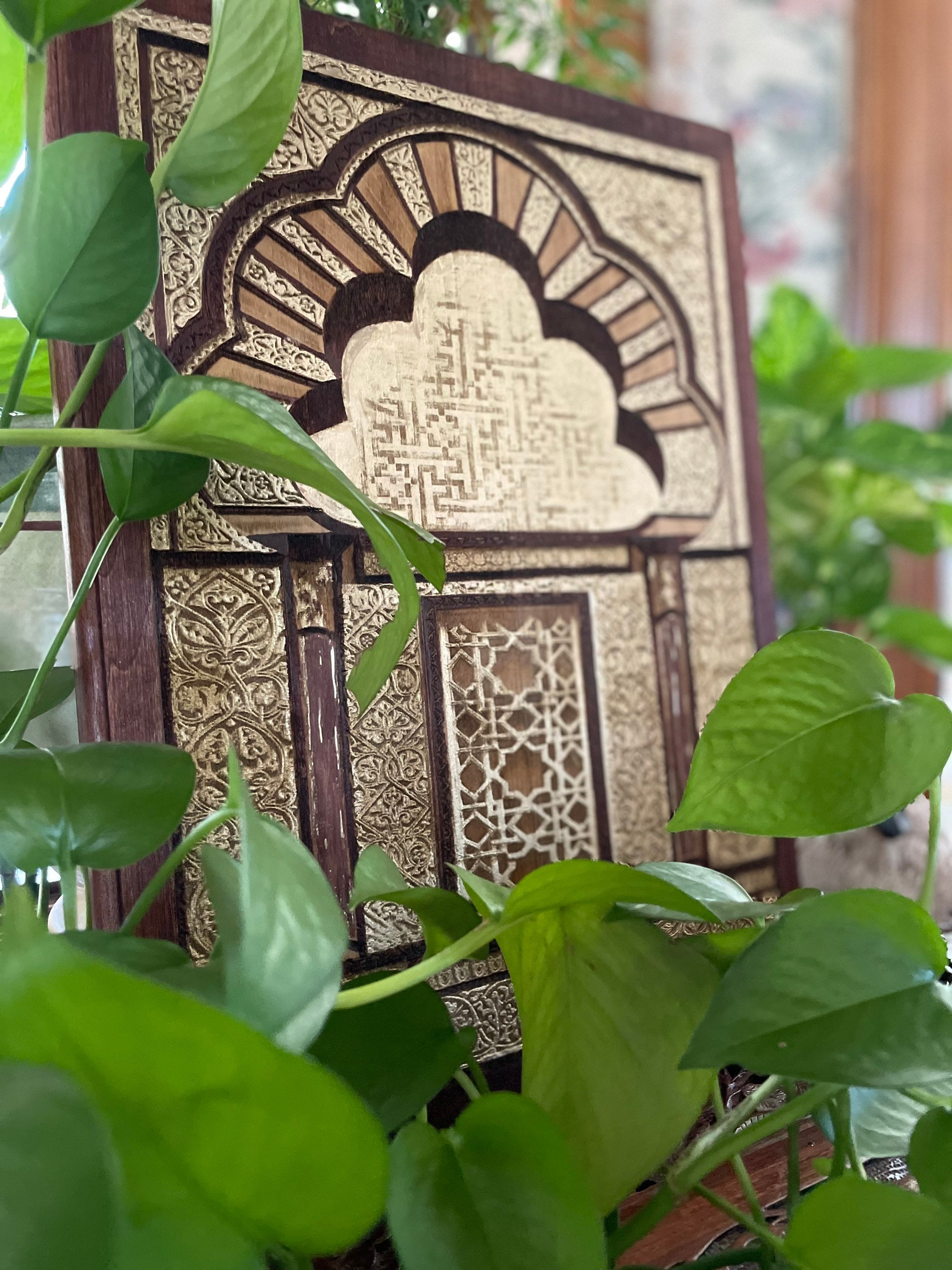 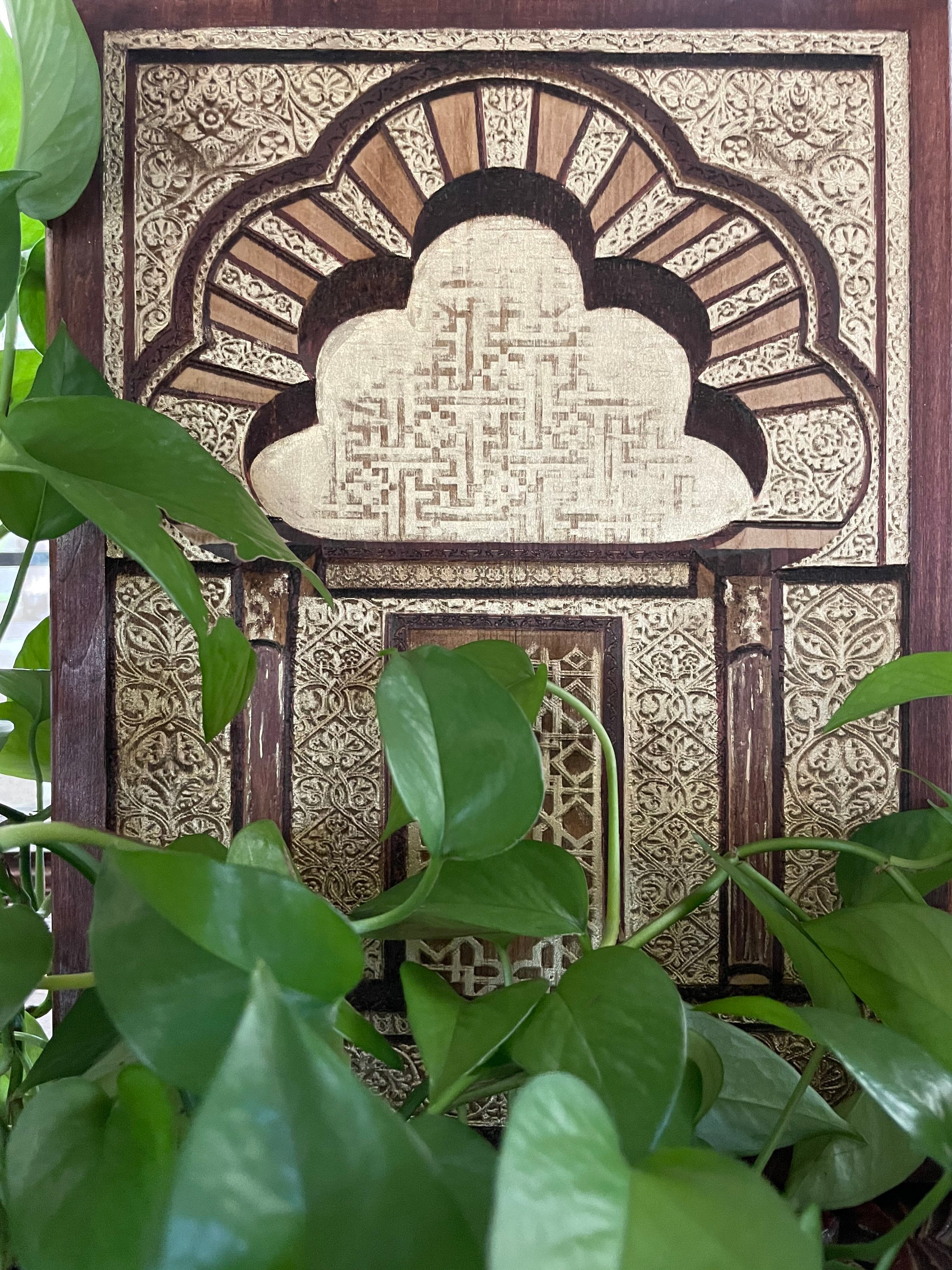 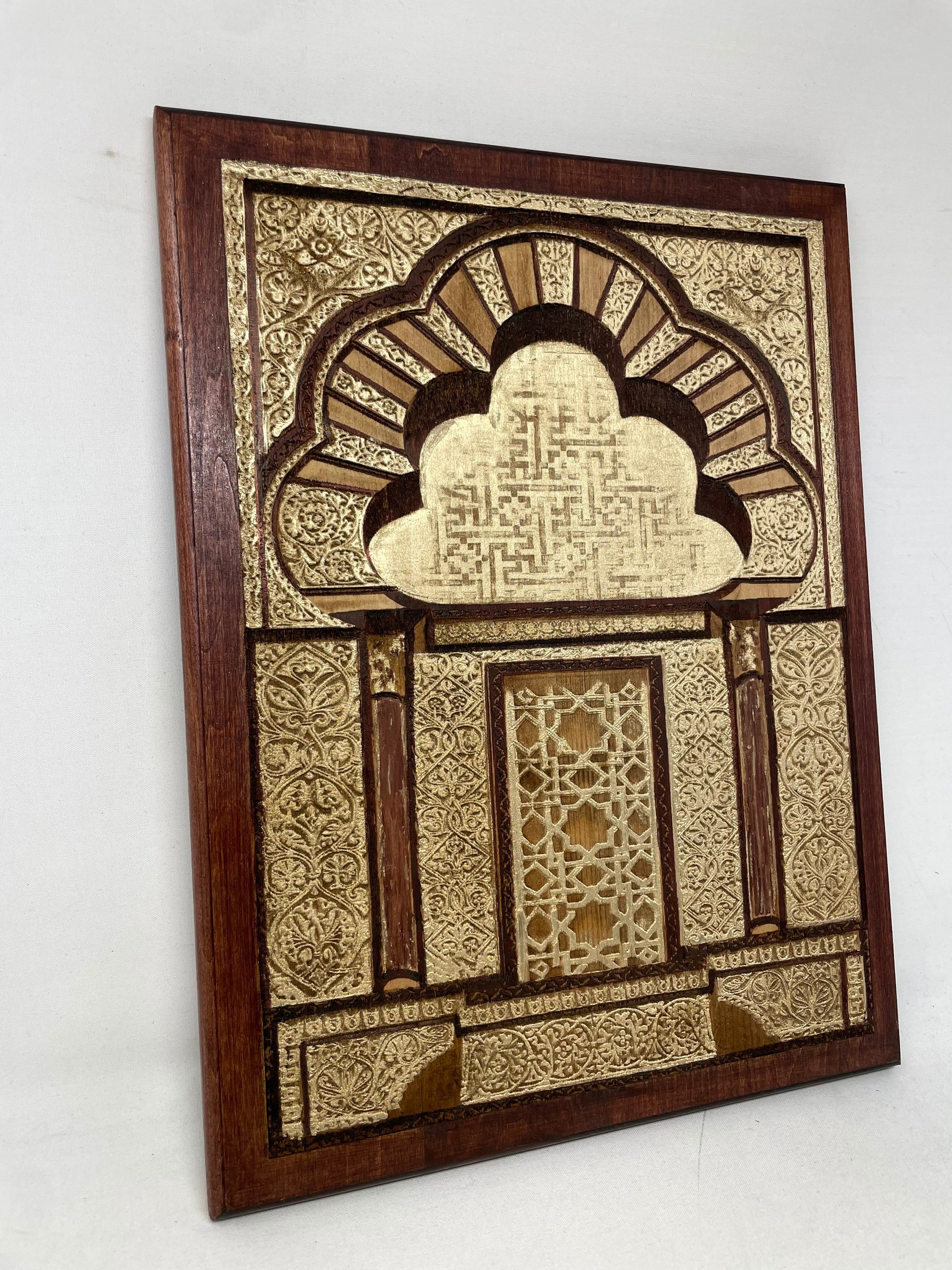 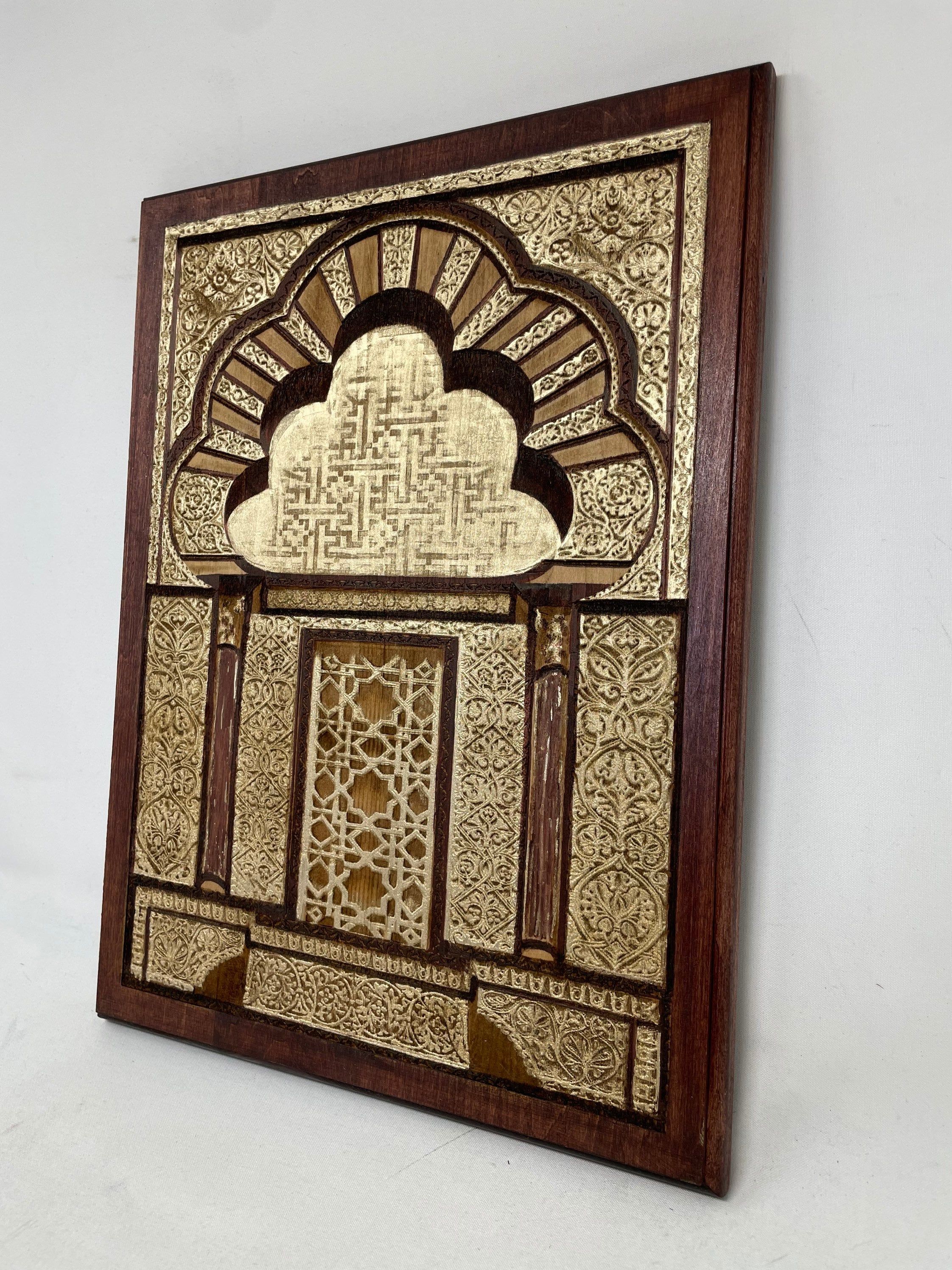 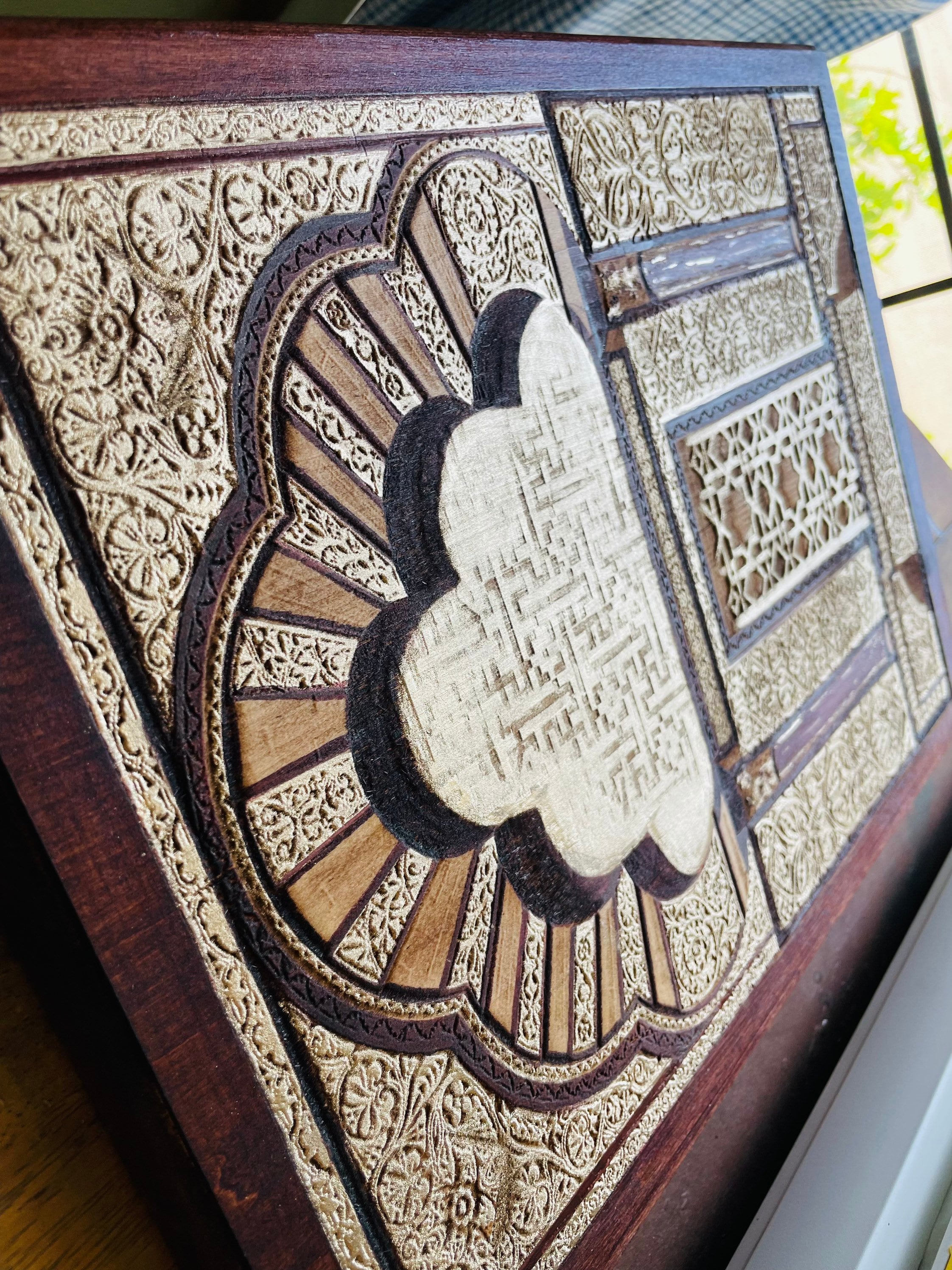 This beautiful laser etched artwork done on a 12 x 16 inch wooden plaque depicts a window and horseshoe arch architectural feature from the 8th century structure of the Great Mosque of Cordoba in Spain. This mosque, a UNESCO World Hertiage site, is the oldest mosque in Europe and one of the oldest mosques in the world. This site remained one of the most important locations for Spanish Muslims in the medieval period for over four centuries. Work on the mosque began in 784 under the patronage of the Hispano-Umayyad Prince Abd al-Rahman I. The building went through several renovations throughout the years of Muslim rule until Cordoba was captured by Ferdinand III of Castille in 1236 who converted it into a church. Even after years of being converted into a church, this site still retains many of its original Islamic elements including its minaret, mihrab, and distinctive horseshoe arch design. The window we have burned on this plaque is from the exterior of the mosque and is an architectural element repeated throughout the facade. This plaque is truly one of a kind and is one of the most beautiful pieces The Arabesque has created. If you're in love with it, take it before someone else does.

This is one of my favourites