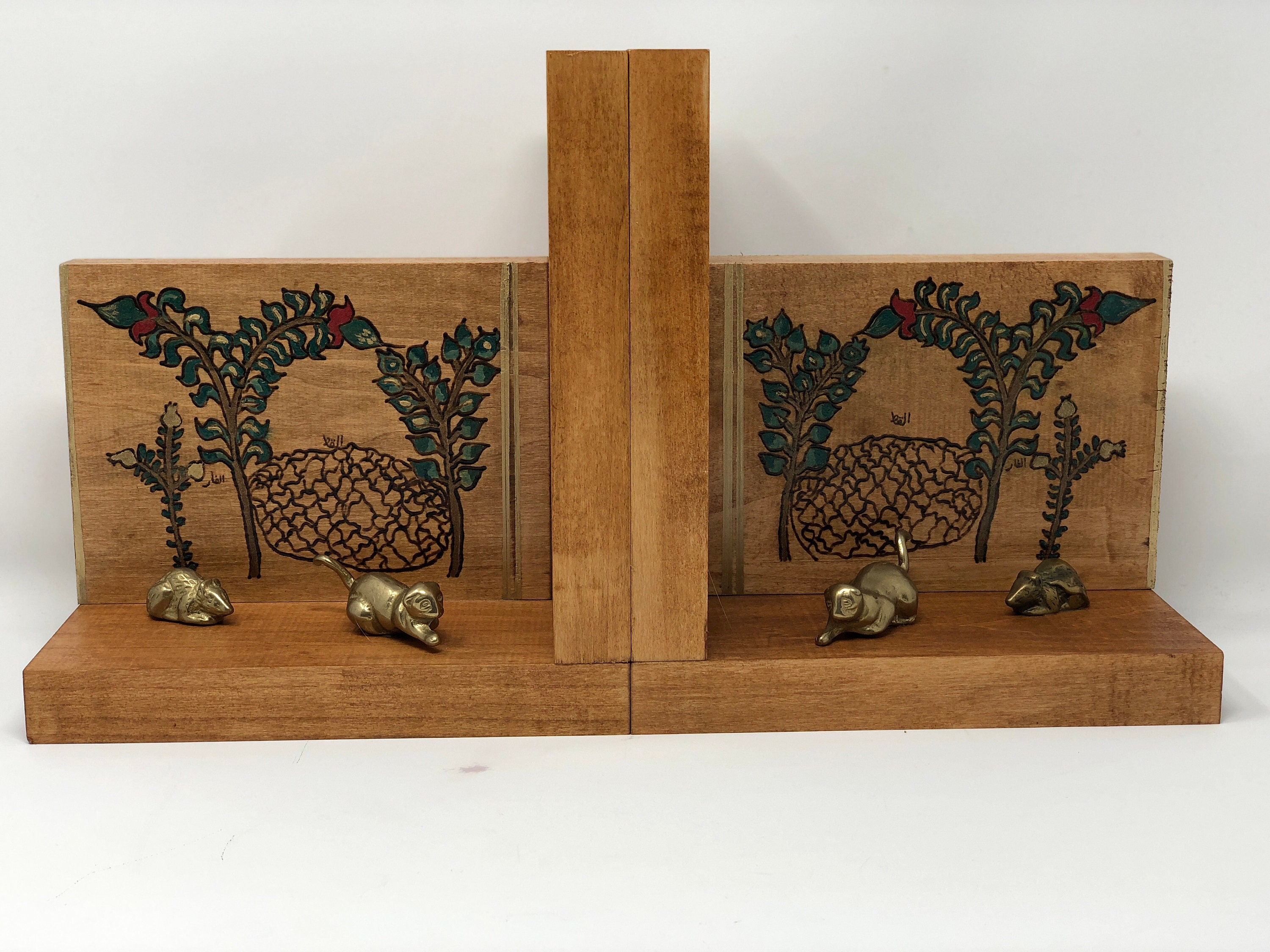 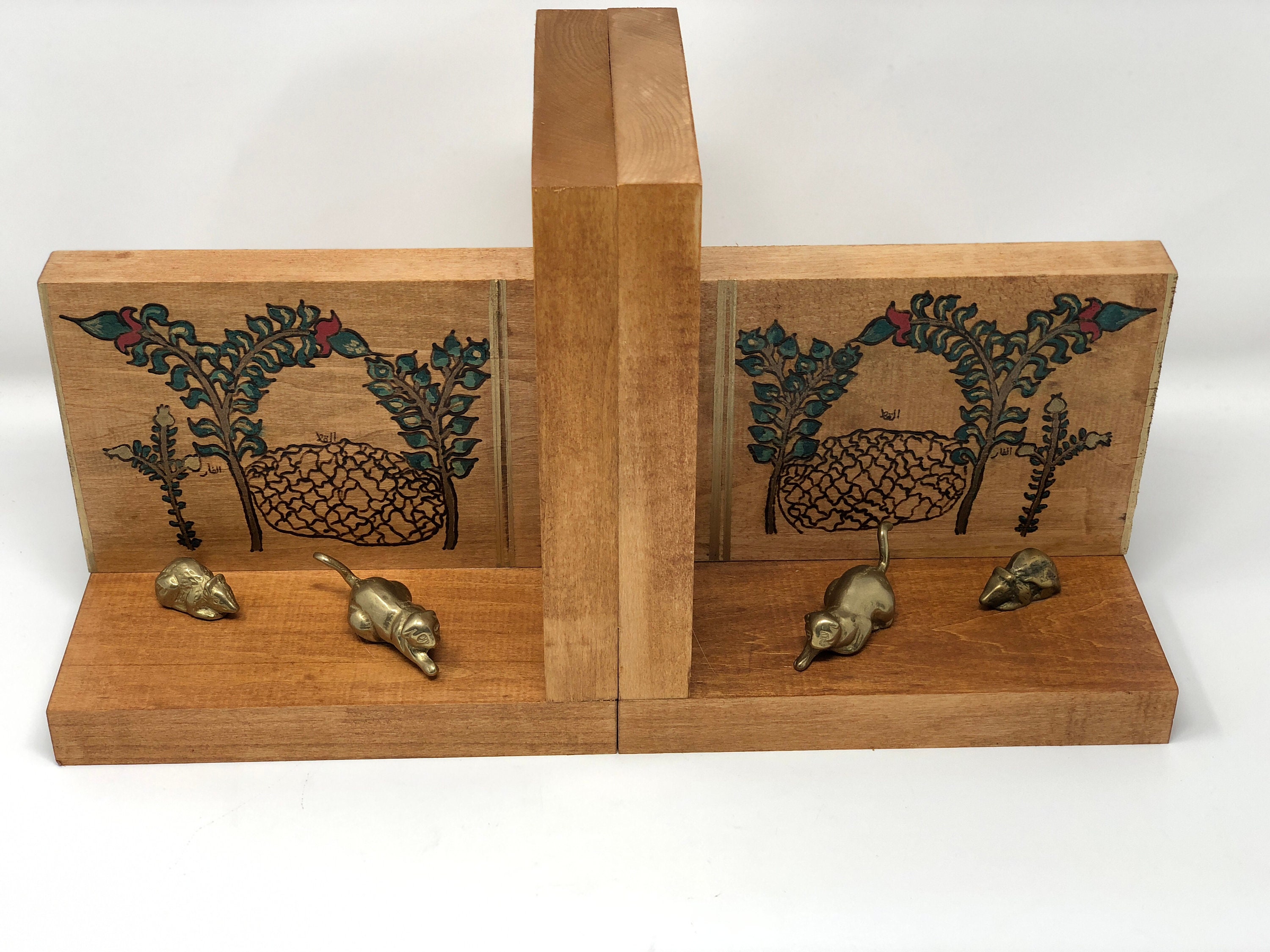 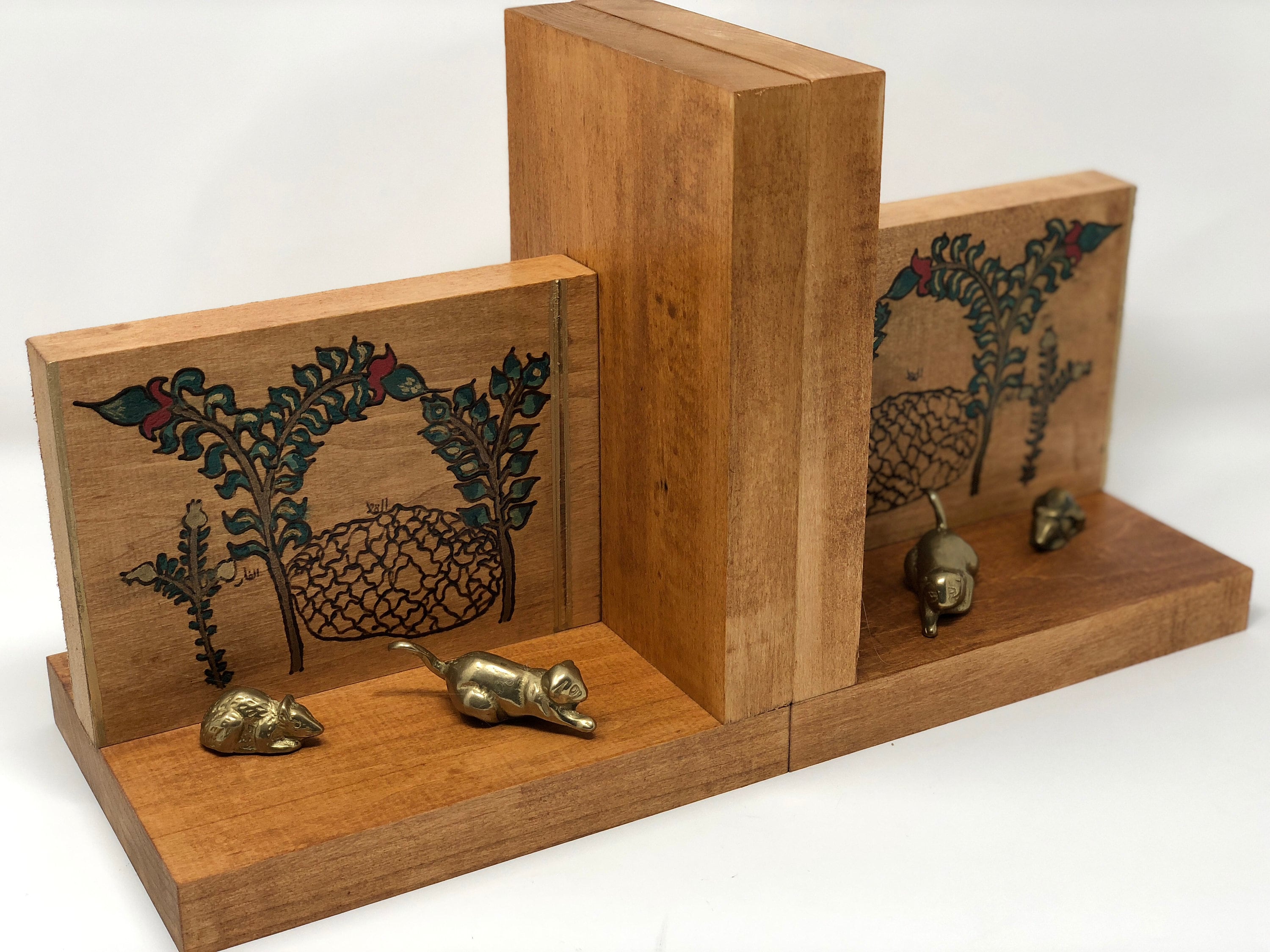 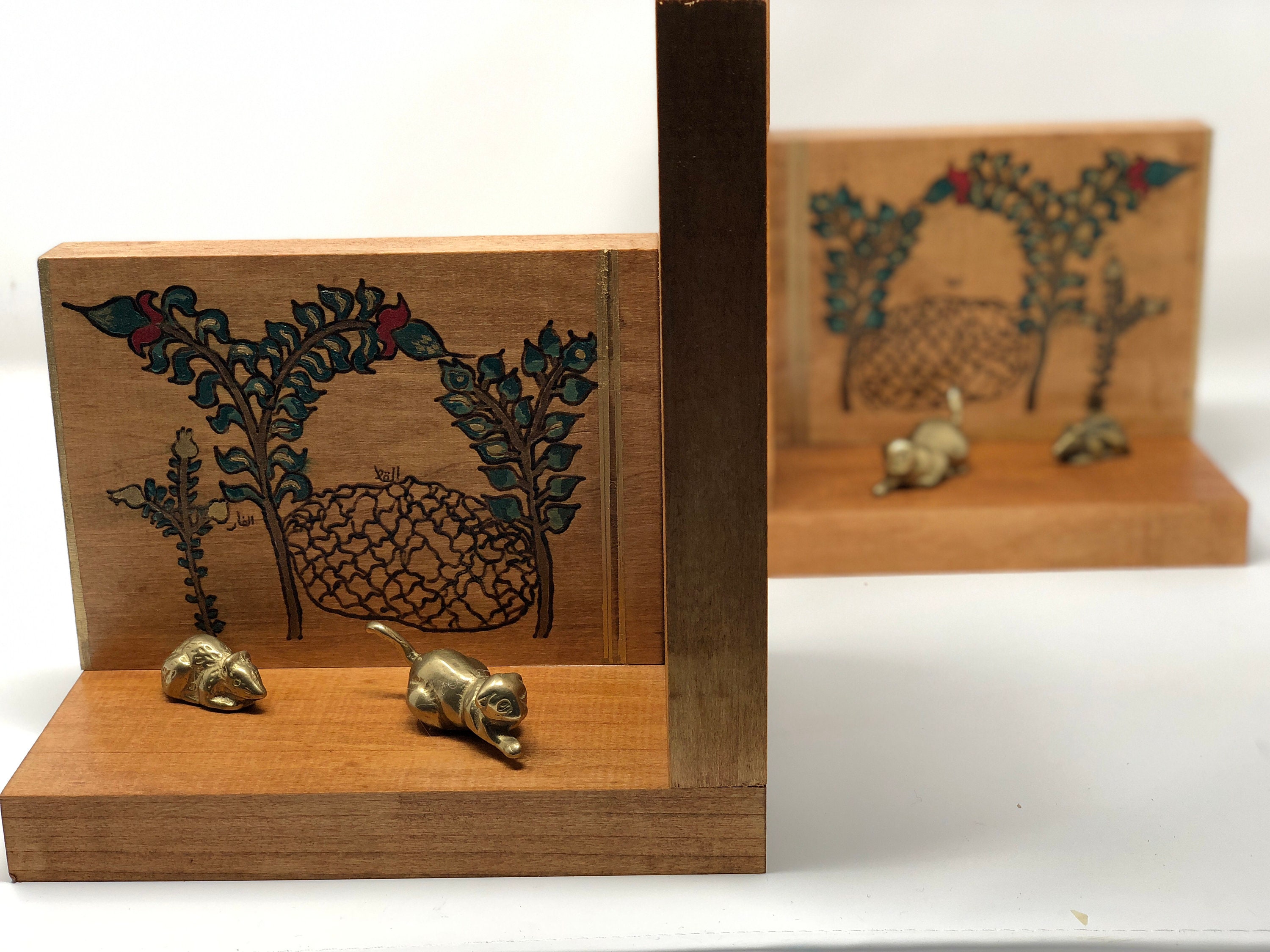 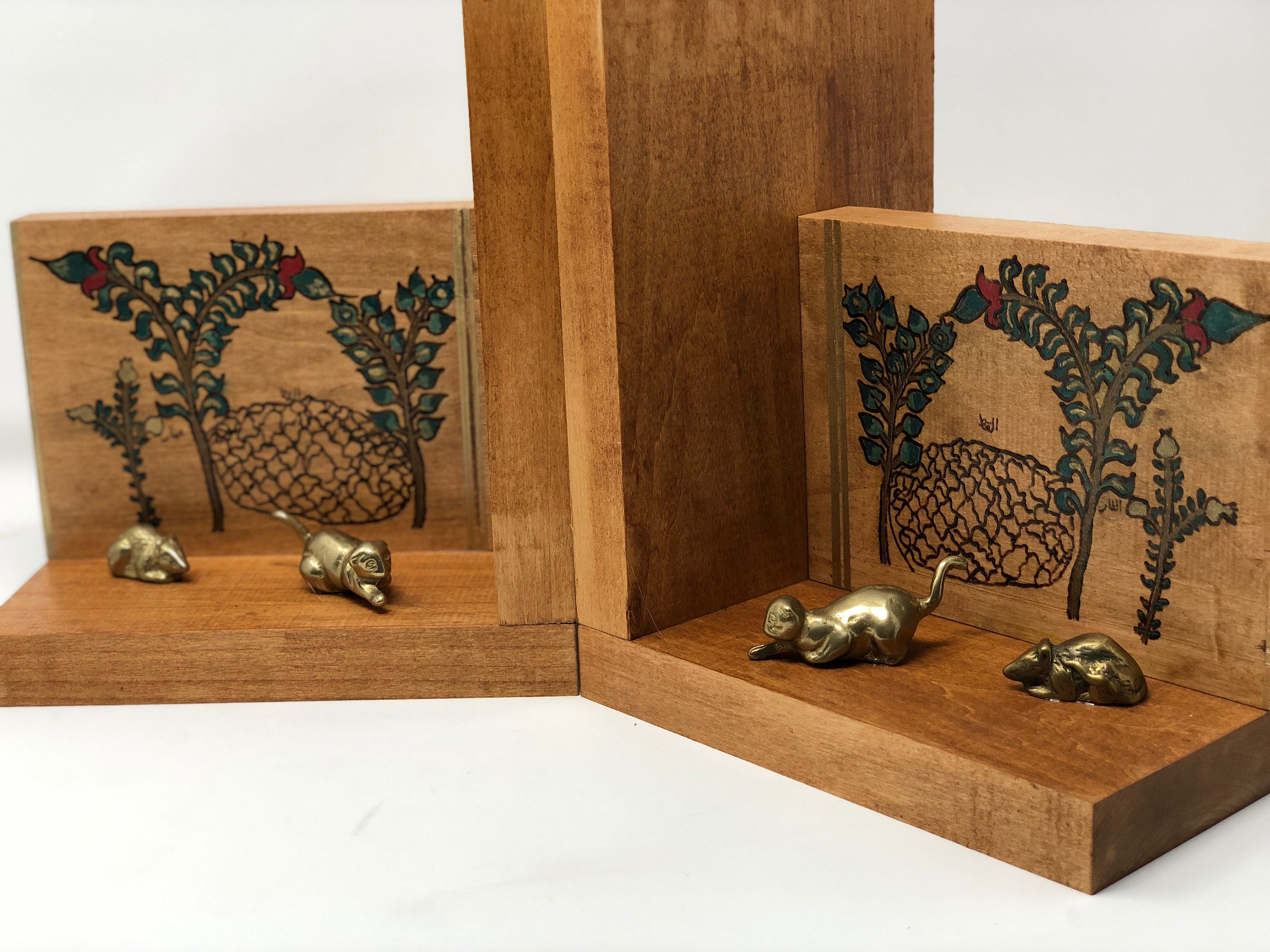 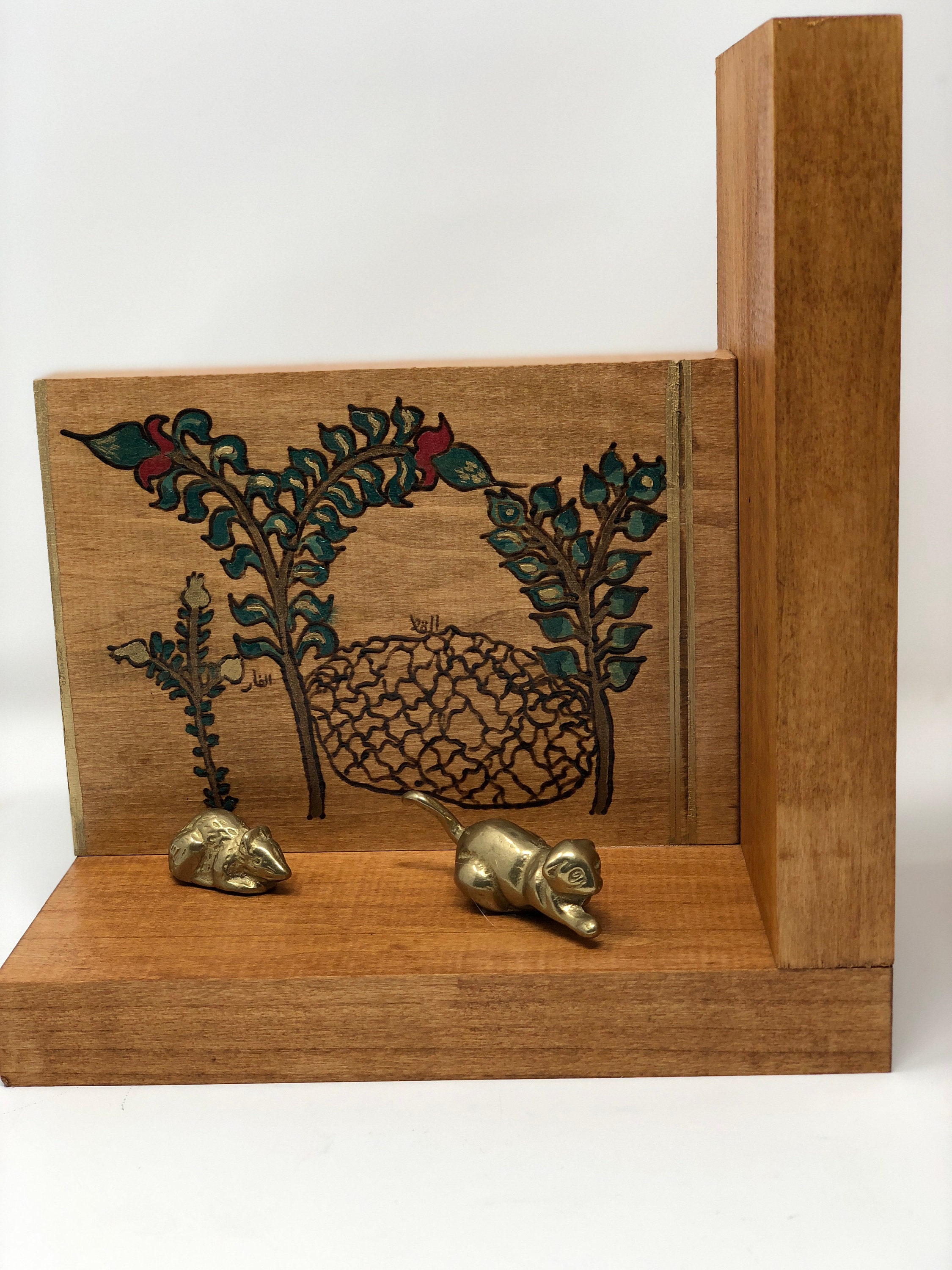 A popular manuscript in the medieval period in the Middle East was the Kalila wa Dimna, a collection of fables about animals which contained lessons and morals for the reader. This text was written in India in the 4th century CE. and was knowns as the Panchatantra. It was translated from Sanskrit into Pahlavi (Middle Persian) two hundred years later when the Persian king sent his physician named Burzoe to India to search for a plant which could give everlasting life. The physician returned with this book and had it translated. The Panchatantra was translated into the Kalila wa Dimna and into Arabic by a writer and statesman in the Abbasid court named Ibn Muqaffa in the 8th century. From its Arabic version it spread to the rest of the world.

Kalila and Dimna are two jackals who tell the stories of different animals as parables to understand good conduct (adab) and proper manners in which all classes of society should abide by. In this set of bookends we have recreated a scene from a circa 1200 copy of the Kalila wa Dimna from Syria. In it, a cat gets caught up in a hunter's net. This trap was set next to the home of a rat. Since the cat and mouse are natural adversaries, the story records a conversation between the cat and rat in which the cat must convince the rat that he won't eat him after he the rat gnaws the trap so the cat can escape. The rat is distrustful, yet begins to gnaw the net in which the cat is trapped because he sees that an owl and a weasel are standing by to prey on the trapped cat. The rat saves the last bite of the net to when the cat is distracted and runs to his dwelling for safety soon after ensuring the cat can break free. The hunter returns to find his net empty and gnawed open.

These bookends try to capture the original scene from the 1200 manuscript with the art of woodburning and painting the background of the scent to mirror the manuscript and the inclusion of vintage figurines from the 20th century.