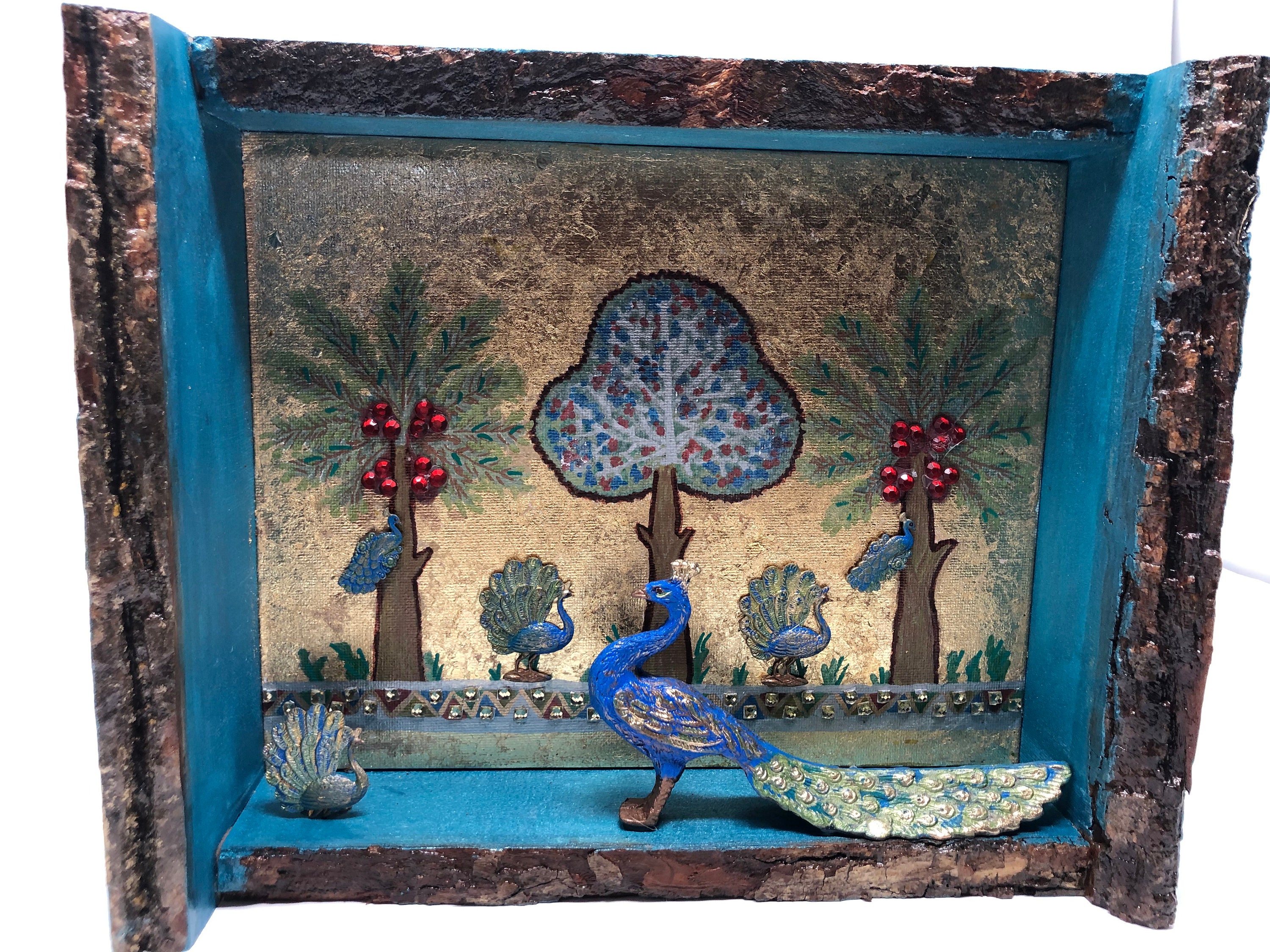 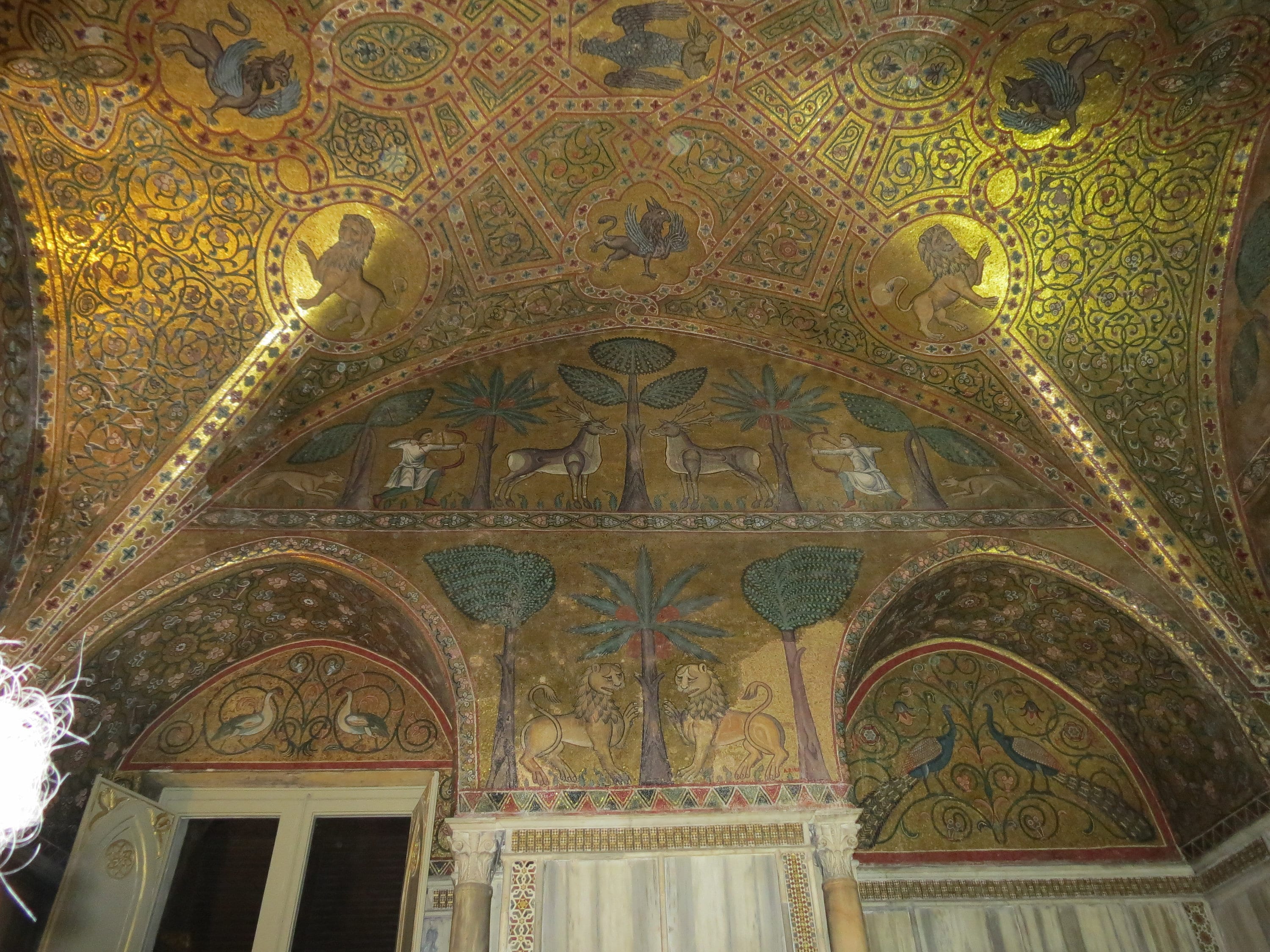 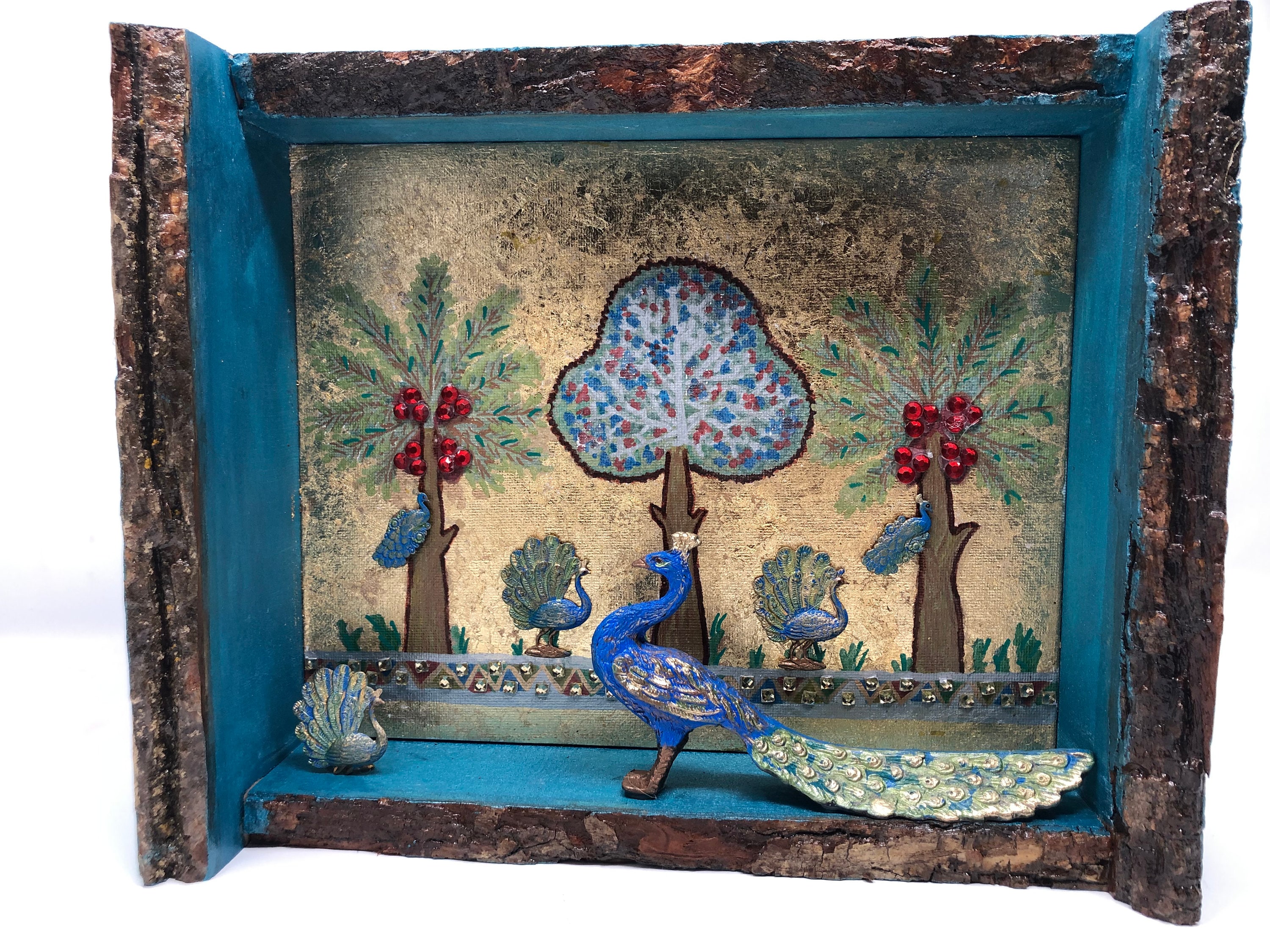 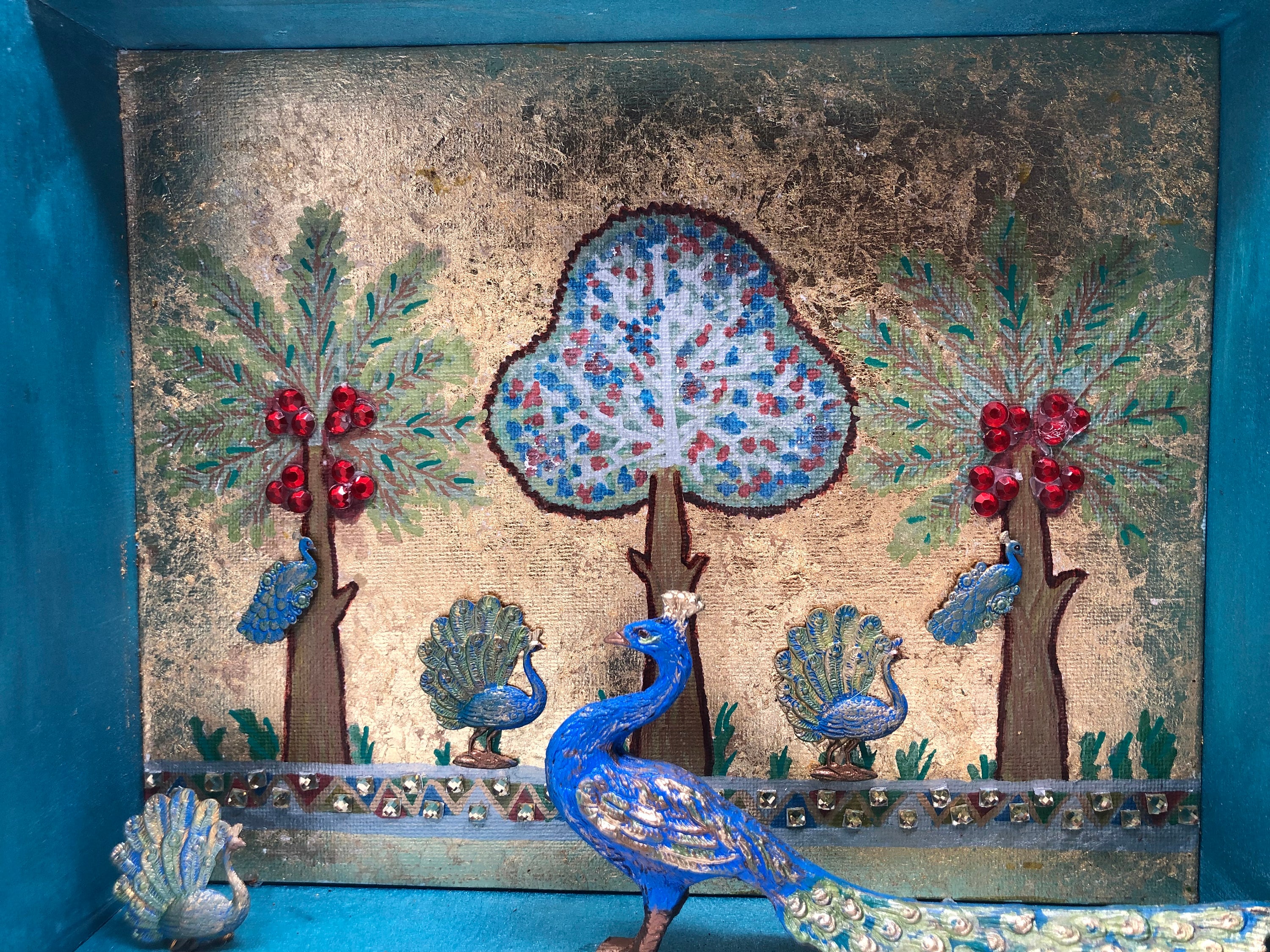 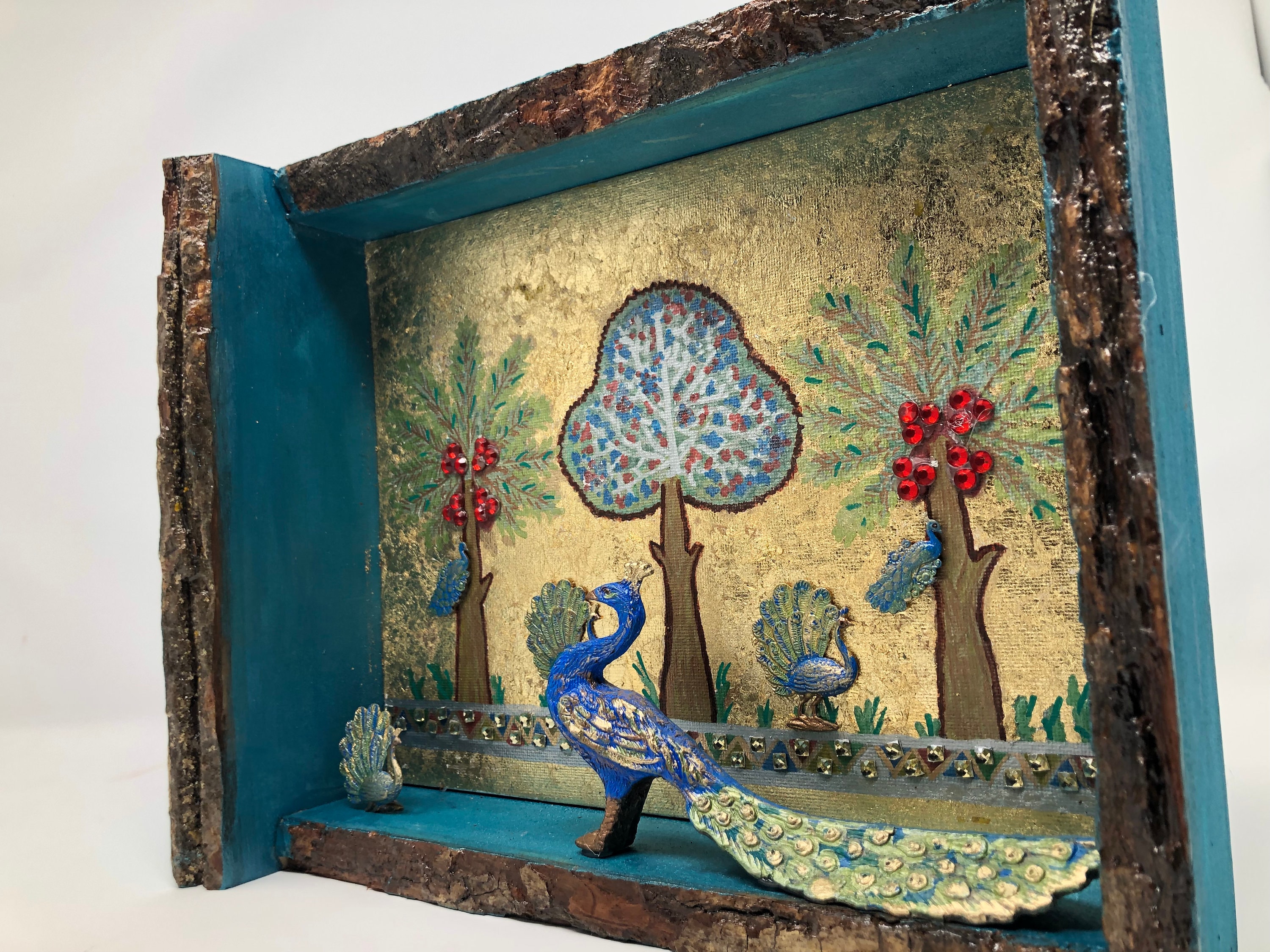 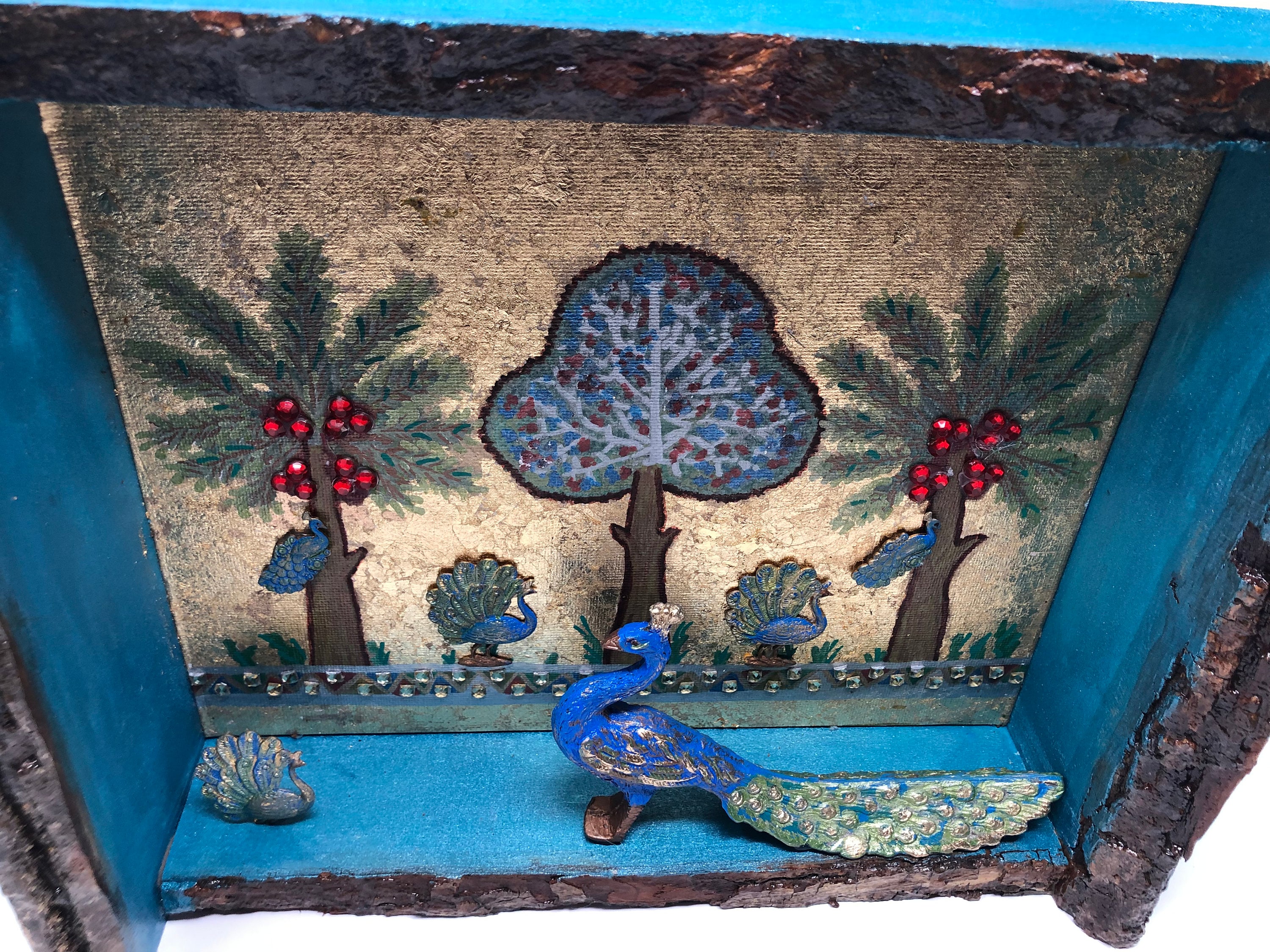 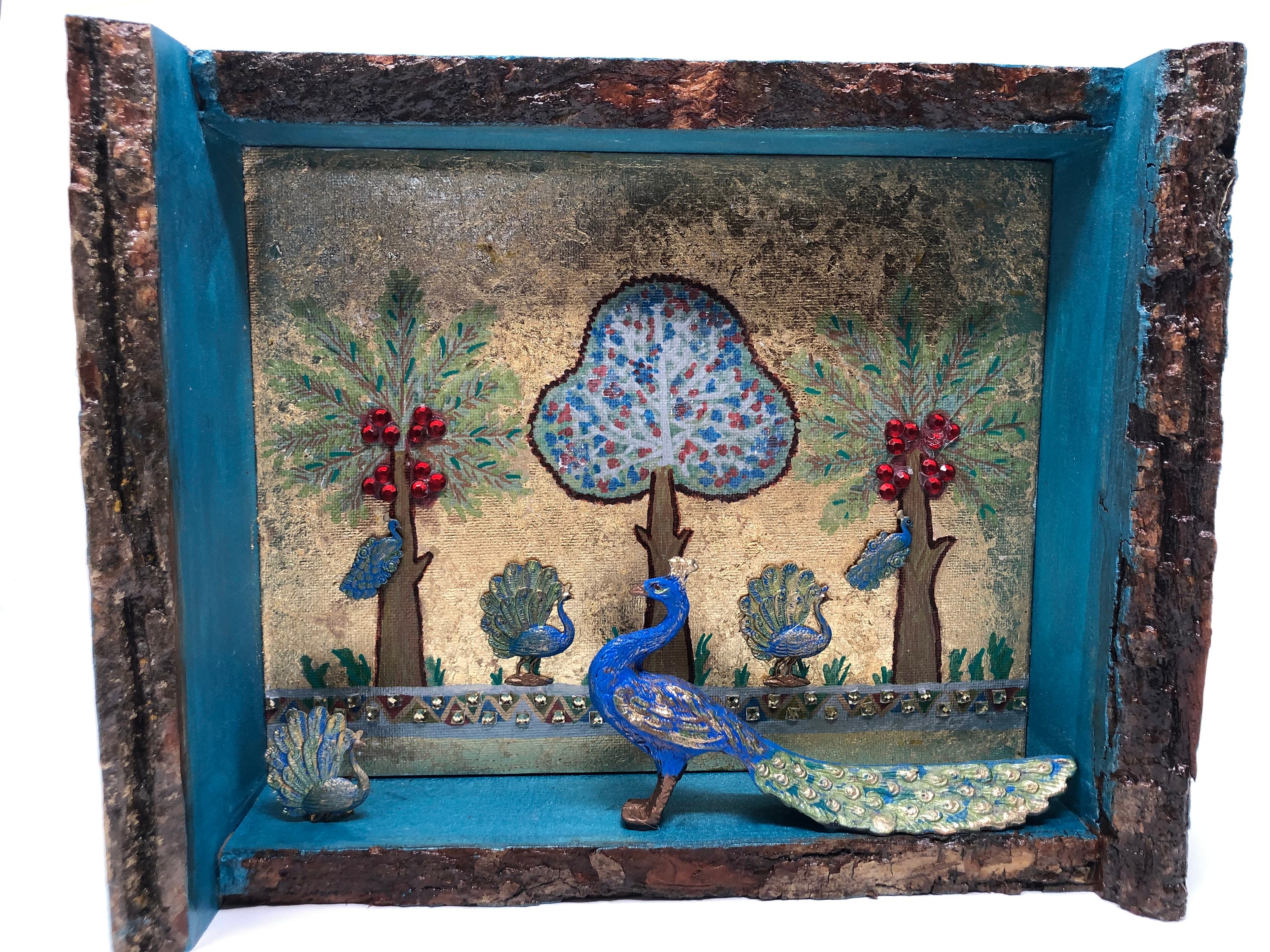 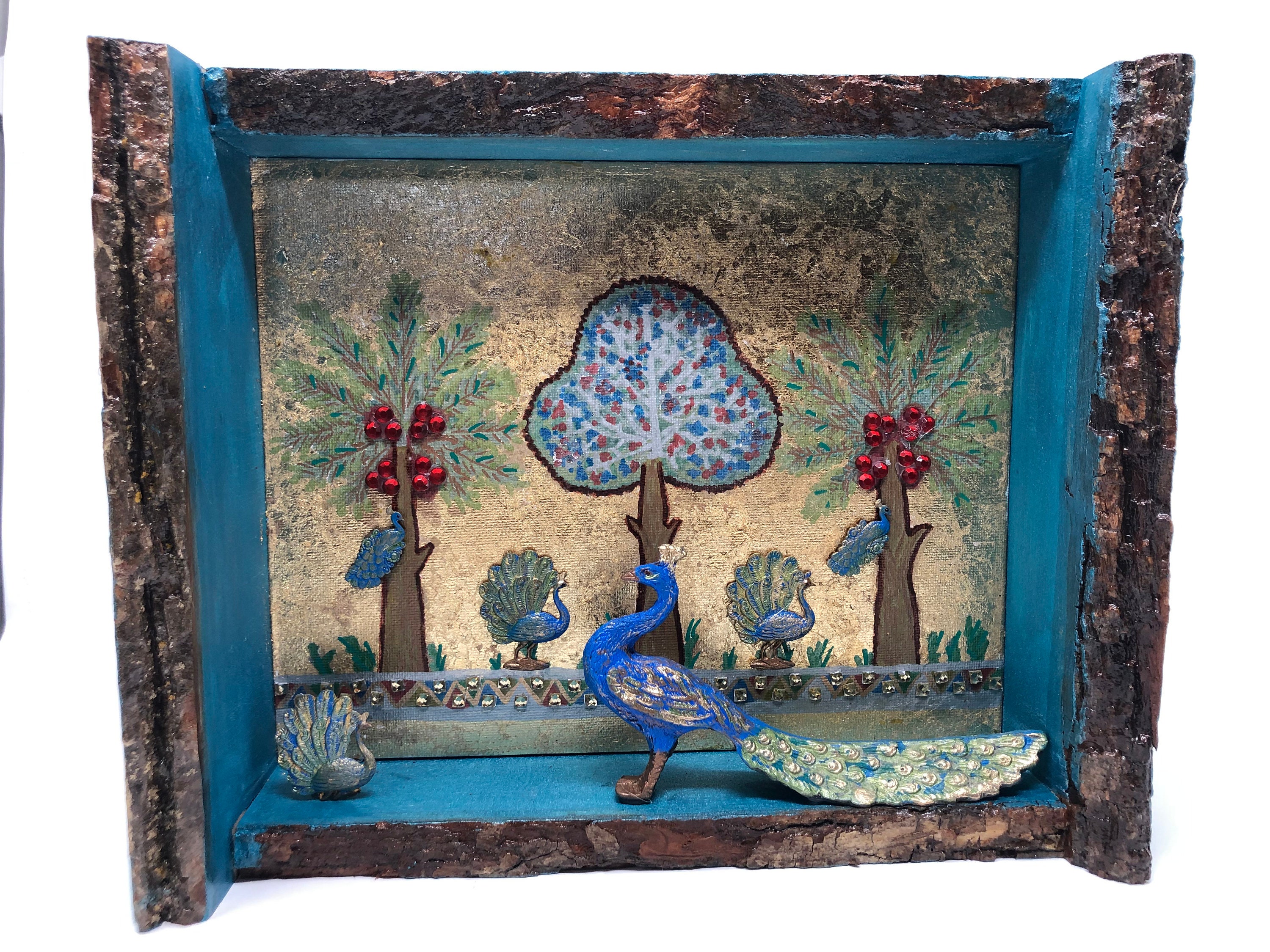 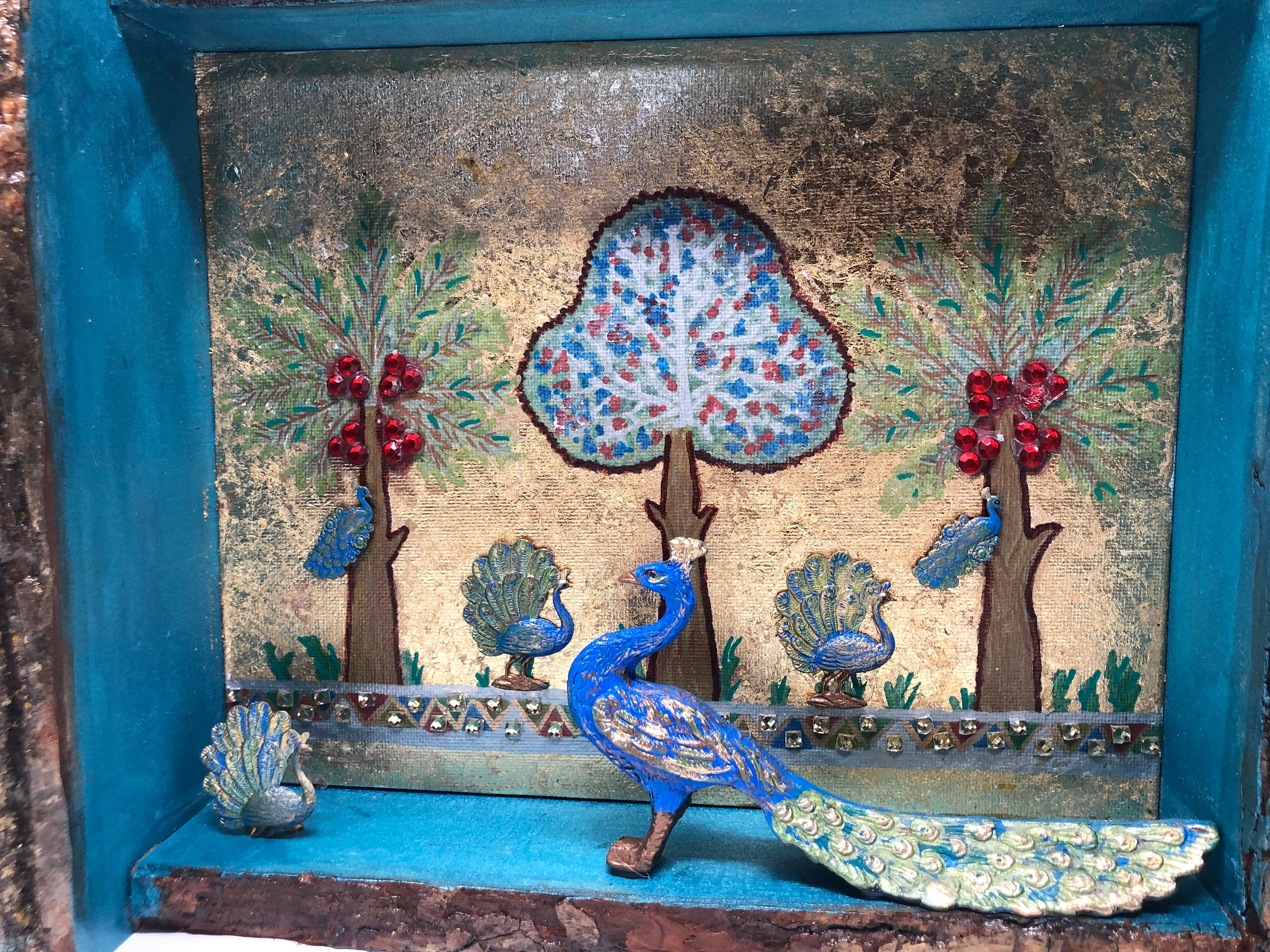 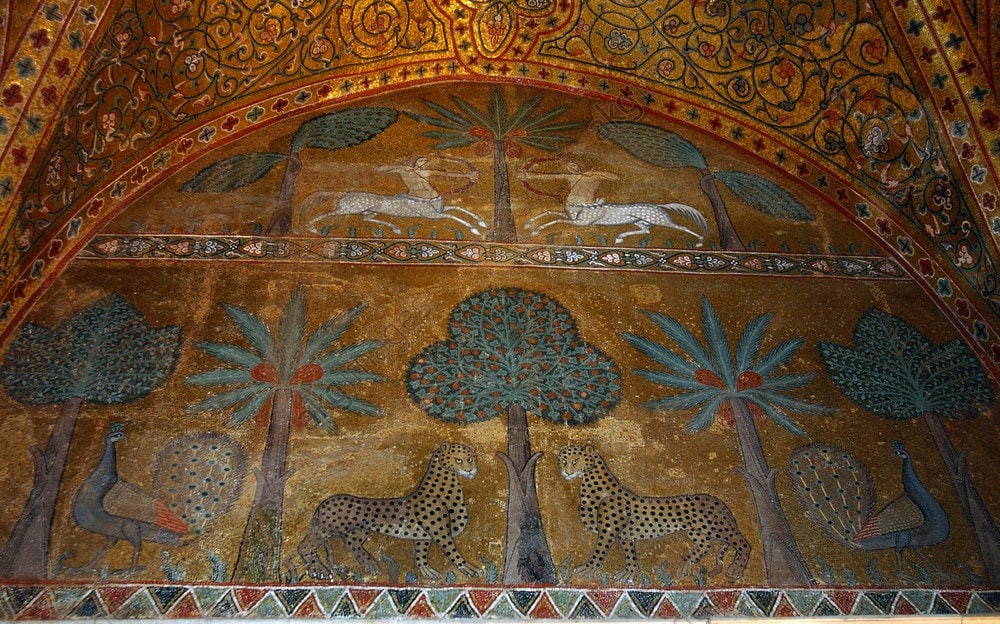 This shadow box diorama brings several artistic elements together using mixed media to create a one-of-a-kind home decor item depicting an Norman Sicilian inspired peacock garden. The peacock was used a royal symbol in many ancient and medieval courts across many cultures. The Normans of Sicily, and especially Roger II used it as decor in their palaces and chapels. The artwork in this decor diorama was inspired from the throne room of Roger II bearing gold mosaic walls and ceilings from his royal palace in Palermo. The mosaics in this room feature all sorts of animals, both royally iconographic like peacocks and lions, and mythical like centaurs. We took the inspiration of this room and through the use of mixed media, vintage ornaments, and creativity made a beautiful dioramic Norman peacock garden. Our concept was to create an artwork that creates the effect that Roger II's royal throne room surrounds the viewer.

Be transported to medieval Norman Sicily and be inspired to learn more about the history of this unique place and time period in the 12th century. Roger II created a kingdom which drew upon several Mediterranean artistic elements including Islamic, Byzantine, and European to create a cosmopolitan court like no other. This work of art uniquely depicted in a shadowbox decor piece is a tribute to that magnificent medieval court.