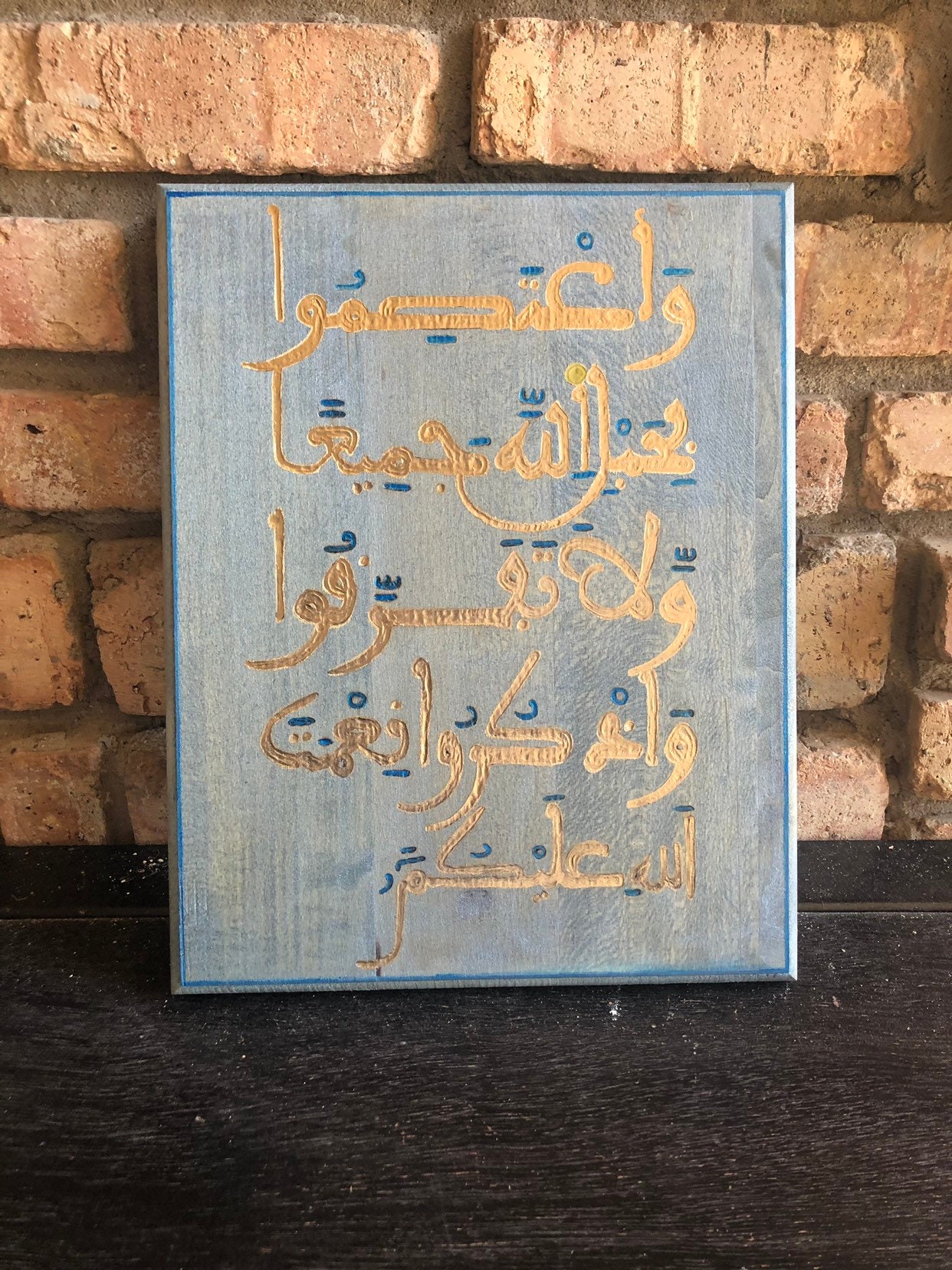 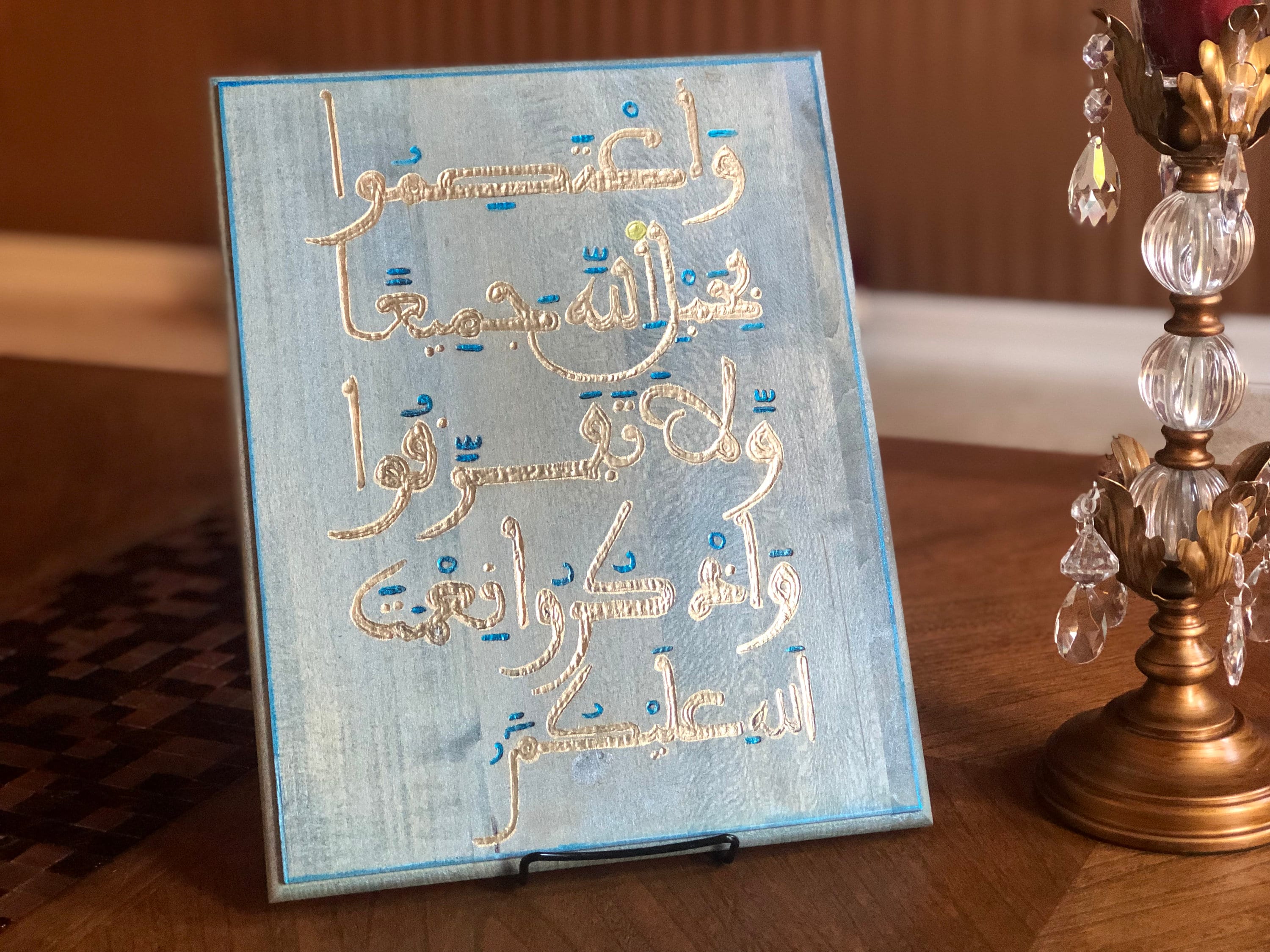 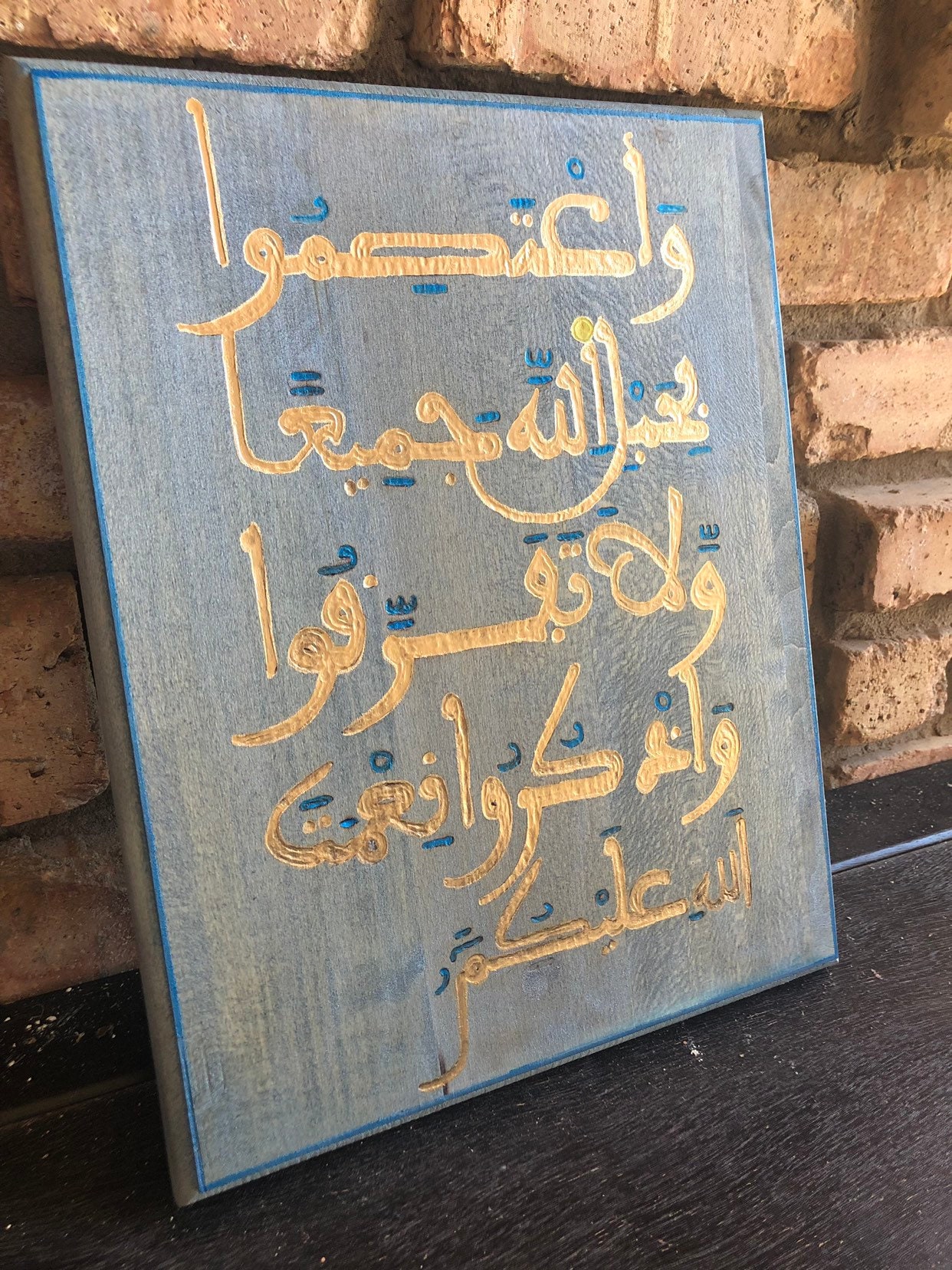 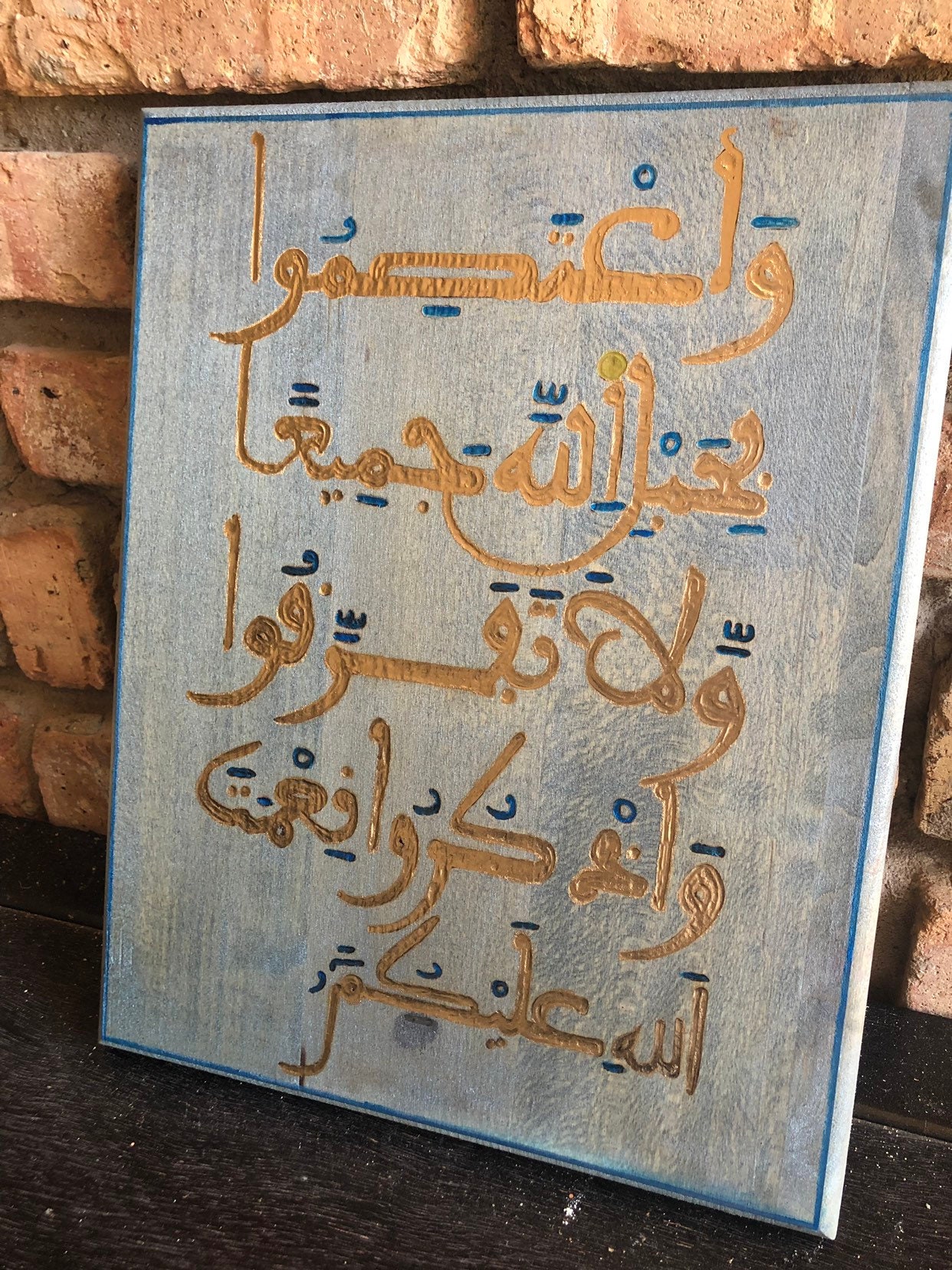 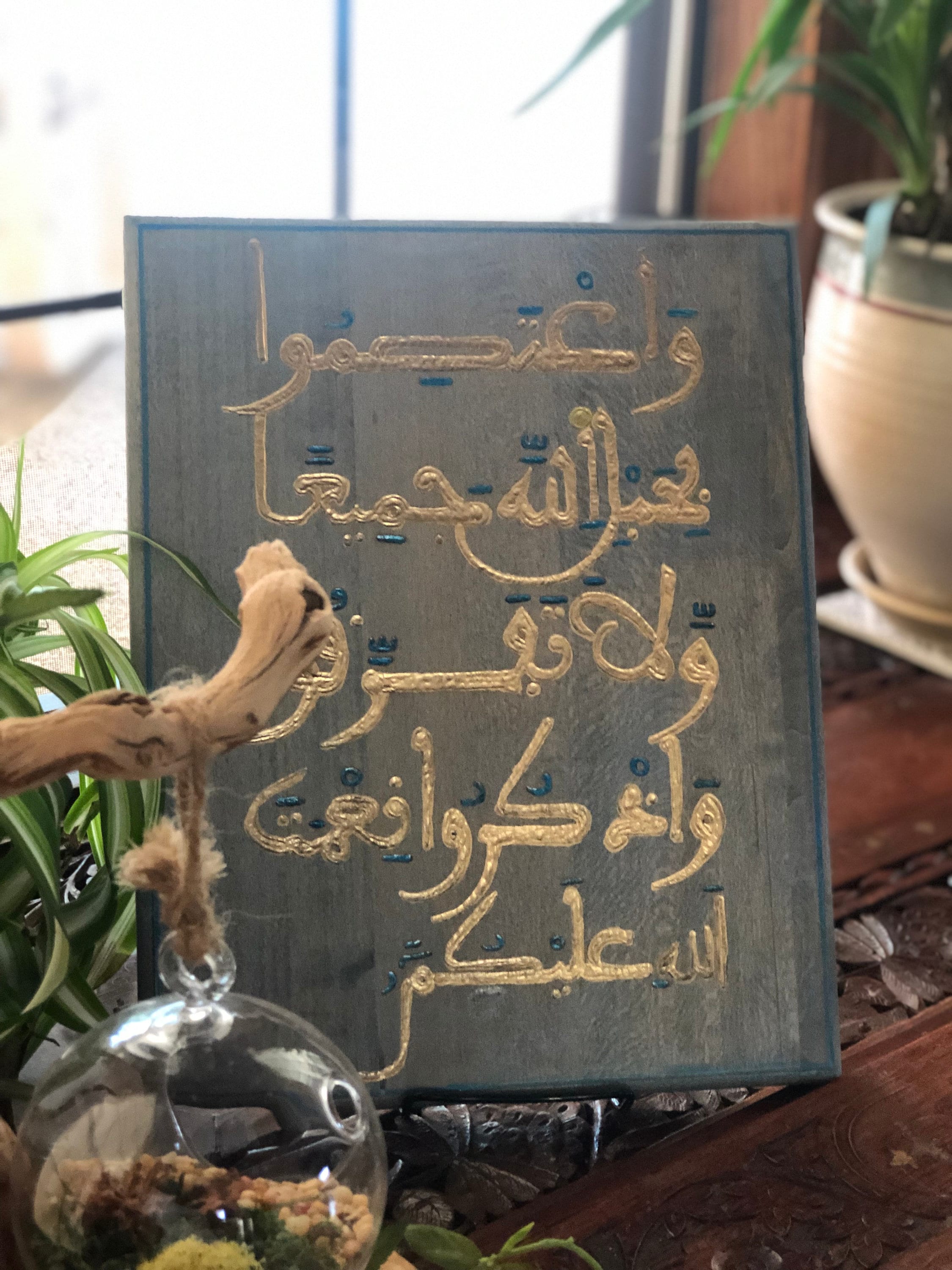 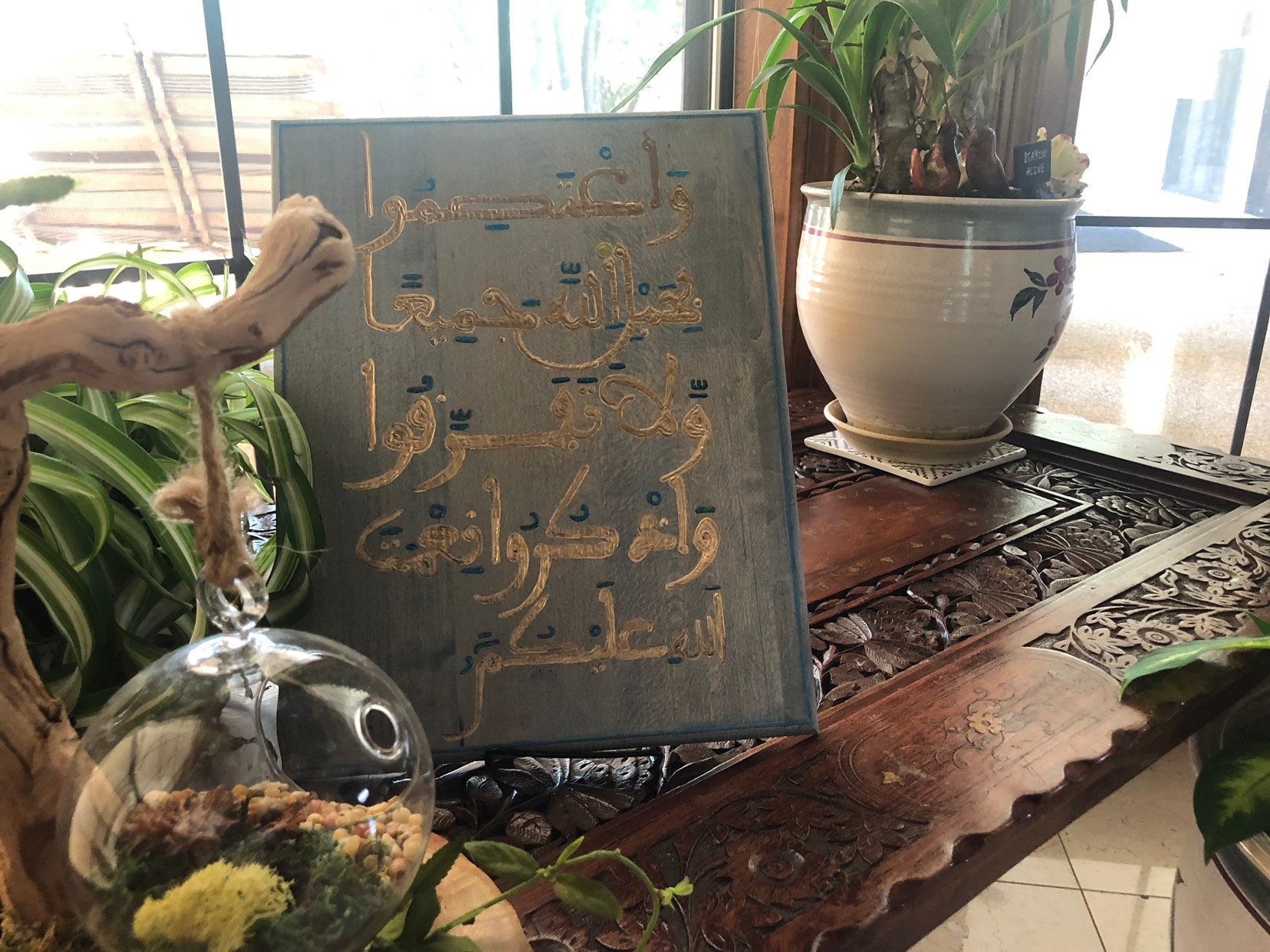 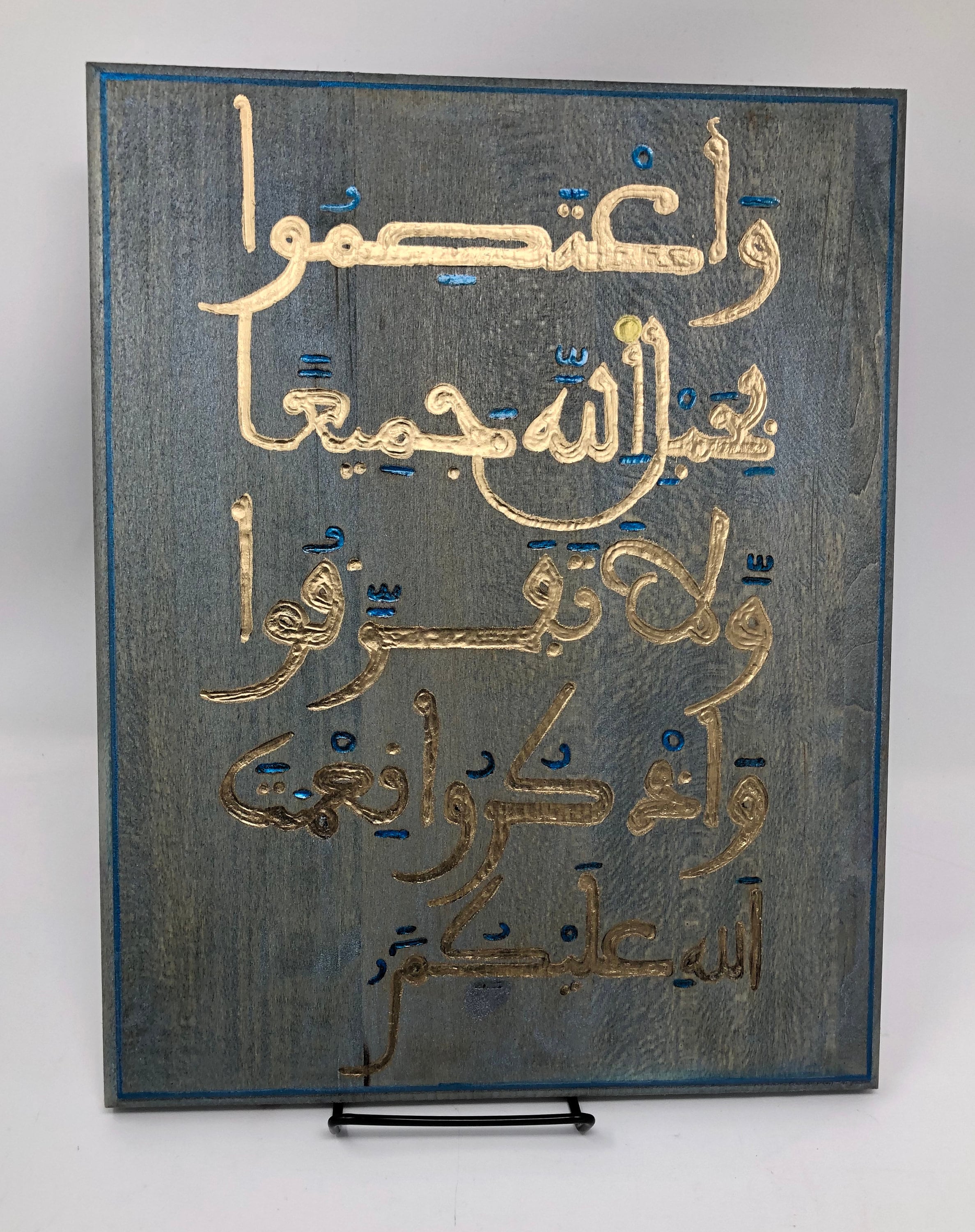 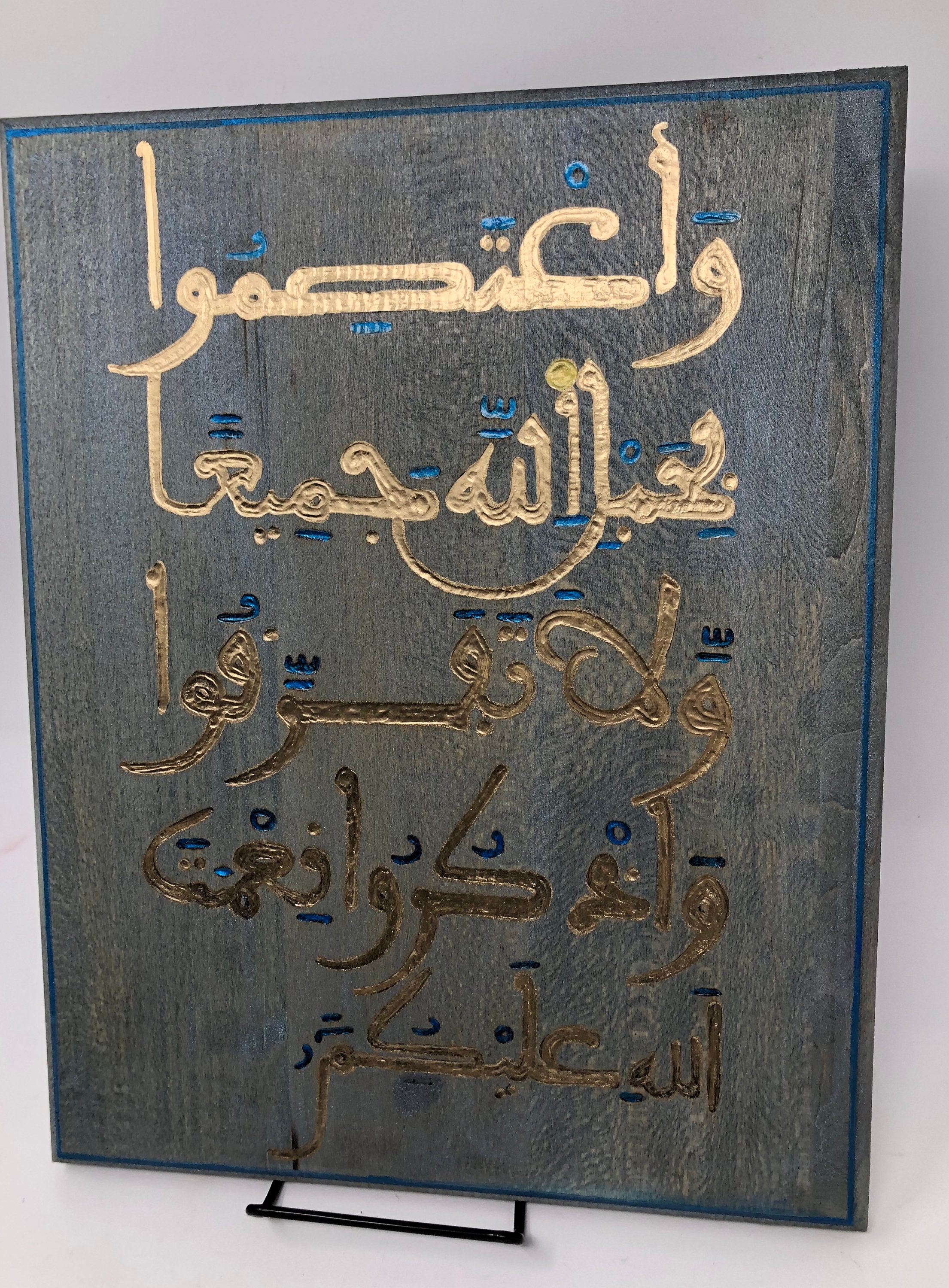 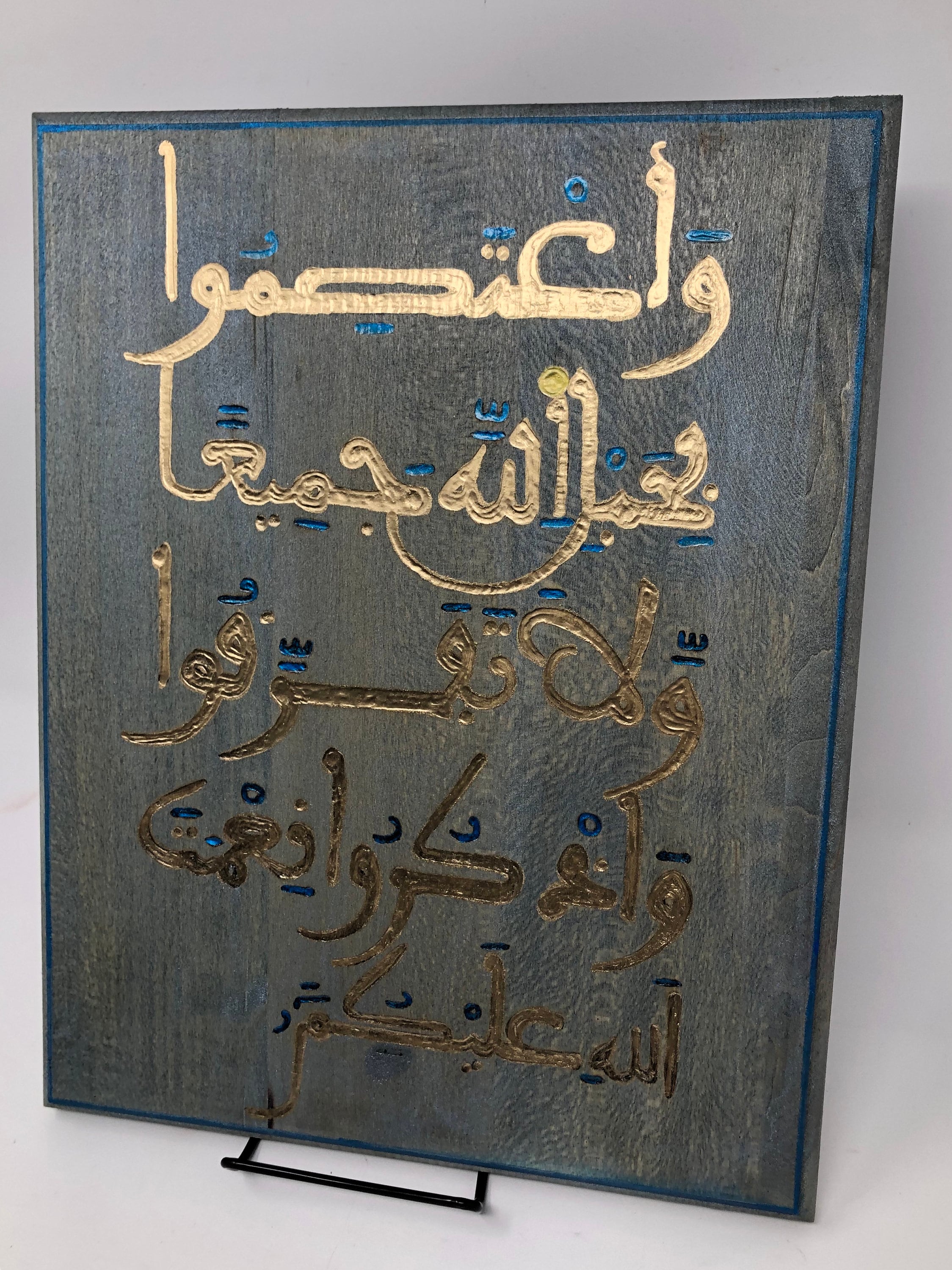 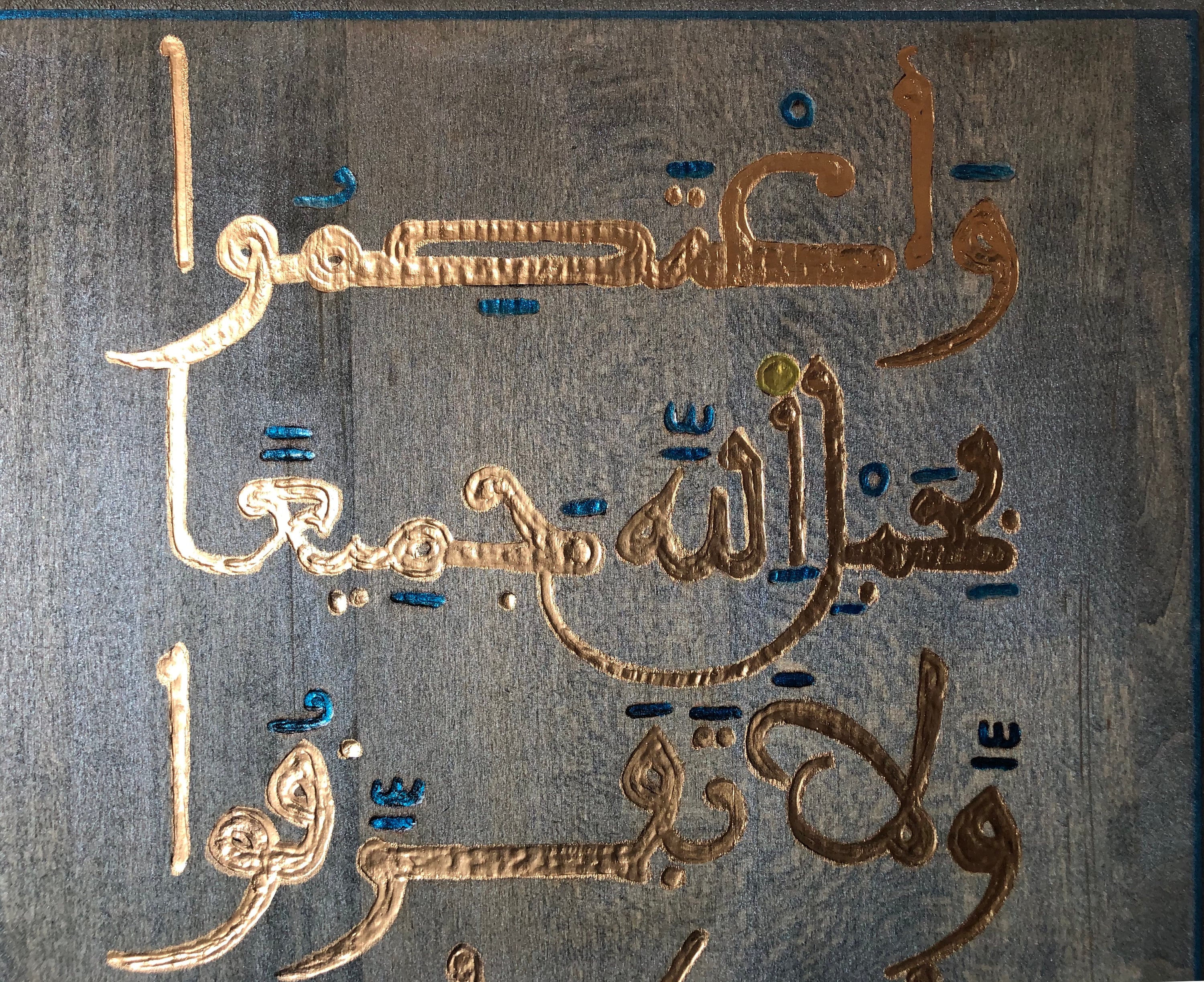 This work of art features medieval Maghribi (western) Arabic calligraphy and is a woodburned copy of the handwriting from the handwriting of a Quran manuscript known as "The Golden Quran" or MS Arab 18 in the John Rylands Library at the University of Manchester. This original manuscript was produced in vellum and the entire Quran was written in Maghribi calligraphy, a form of Arabic handwriting particular to Tunisia, Algeria, Morocco, and Spain in the medieval era. Maghribi calligraphy is identifiable through its curvy letter formation and varied lengths and directions of letter endings.

In this work of art, we reproduced the beginning of verse 3:103 as written within this manuscript: "And hold firmly to the rope of Allah all together and do not become divided. And remember the favor of Allah upon you.." The verse has been woodburned and carved into this 11 x 14 inch wooden plaque which has been stained in a beautiful stormy bluish-gray stain. Like the orignal manuscript, the handwriting was finished in gold leaf paint, and the diacritical markings are in blue.

Arabic calligraphy, and handwriting on its own, became a constant and widely used form of ornamentation in the medieval Islamic world. It carried on throughout the premodern period and is still widely used today. The depiction of these few words from the Quran and their gilded and illuminated appearance, show us exactly why calligraphy became such a revered and widespread form of art in Islamic culture. This work of art lacks any additional ornament surrounding the script, but it's complete and full of beauty and splendor.

We hope you enjoy it.