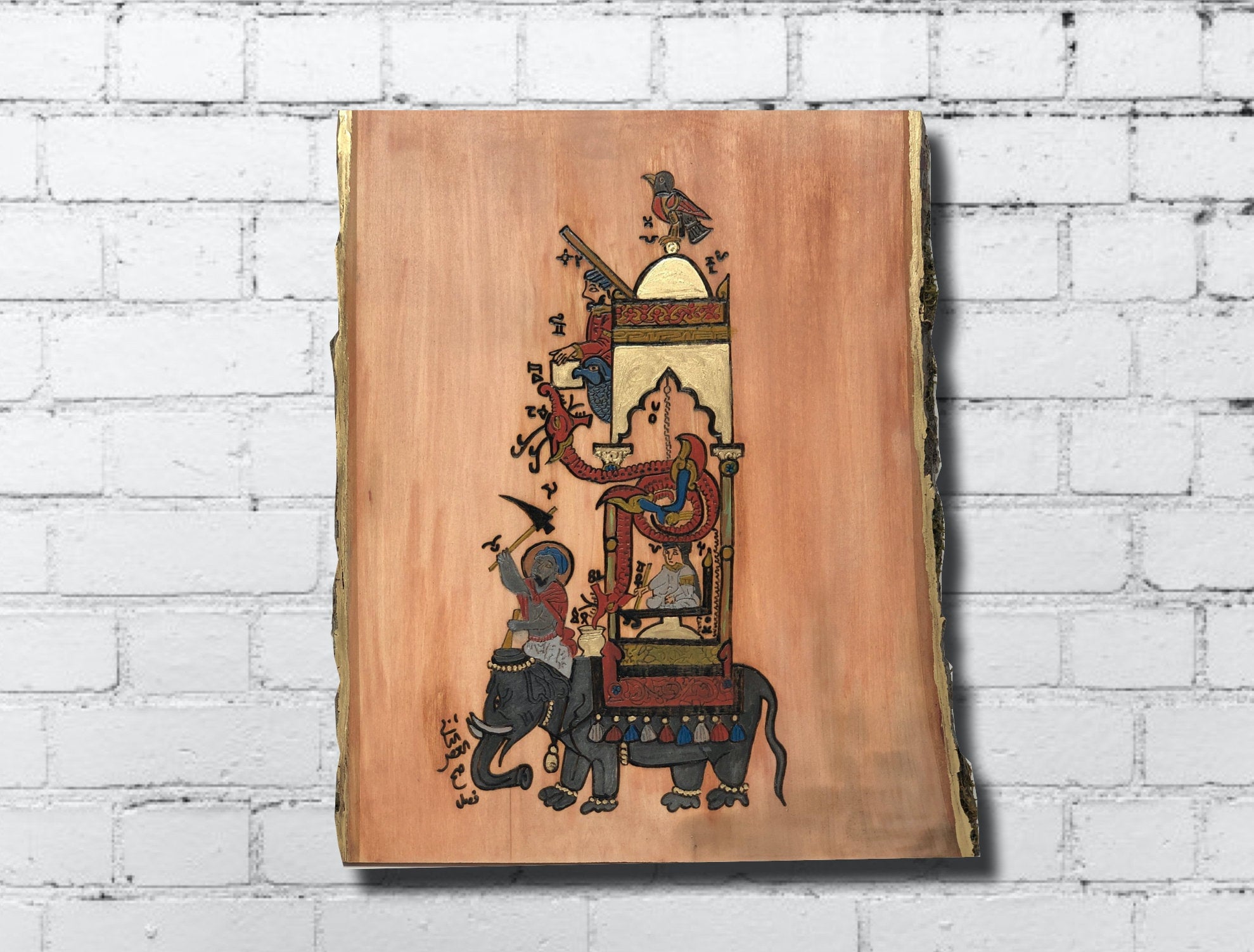 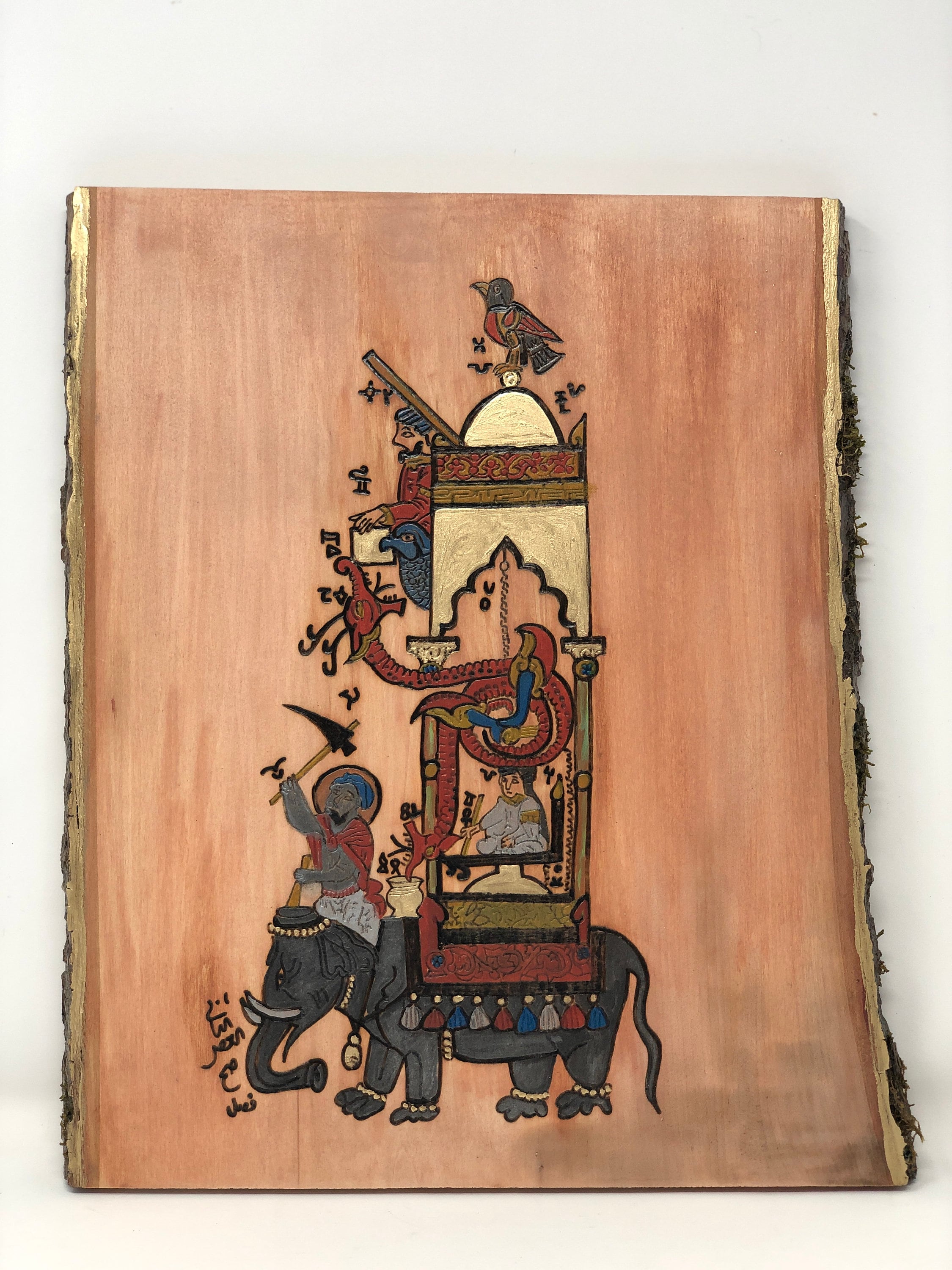 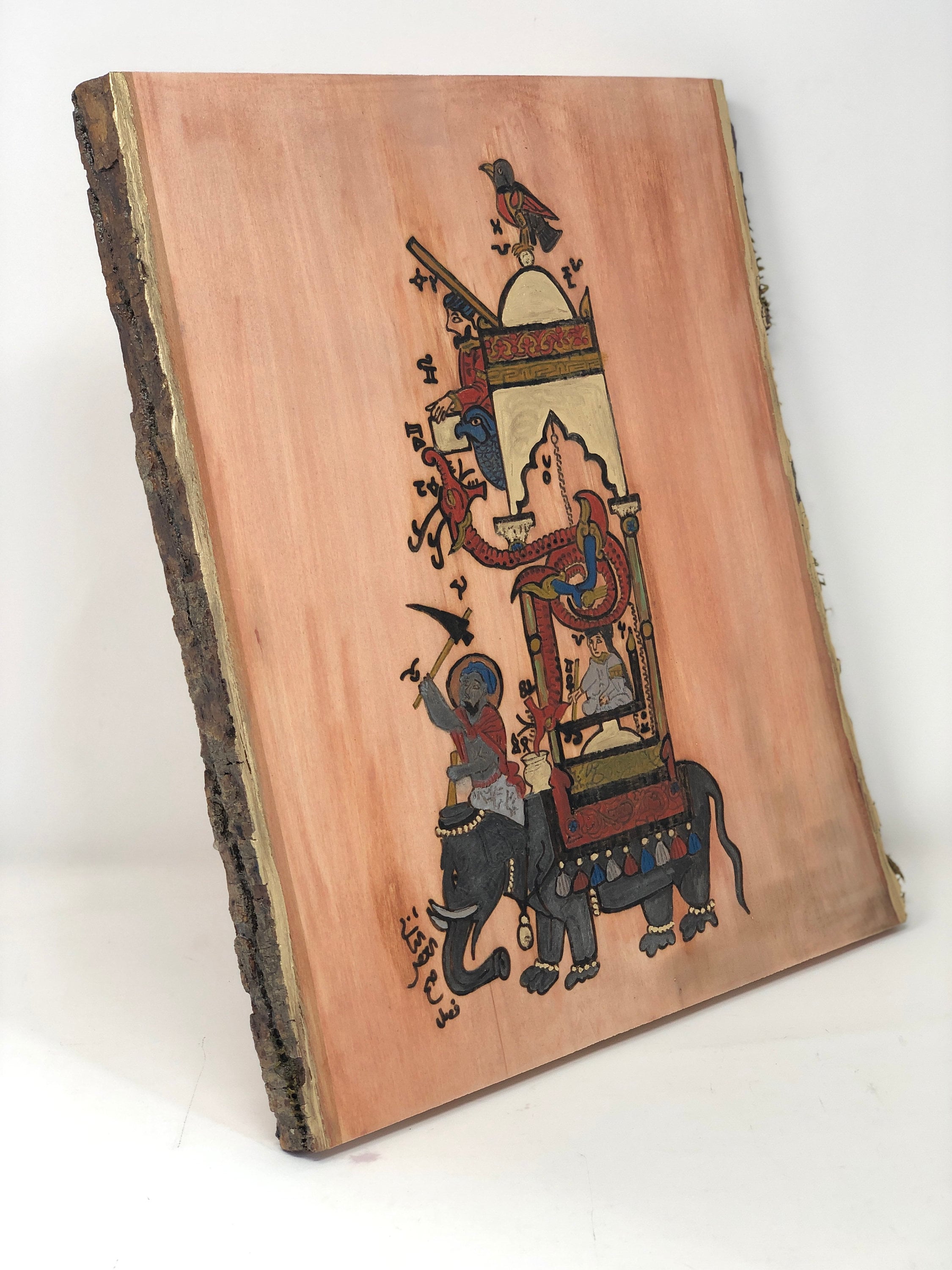 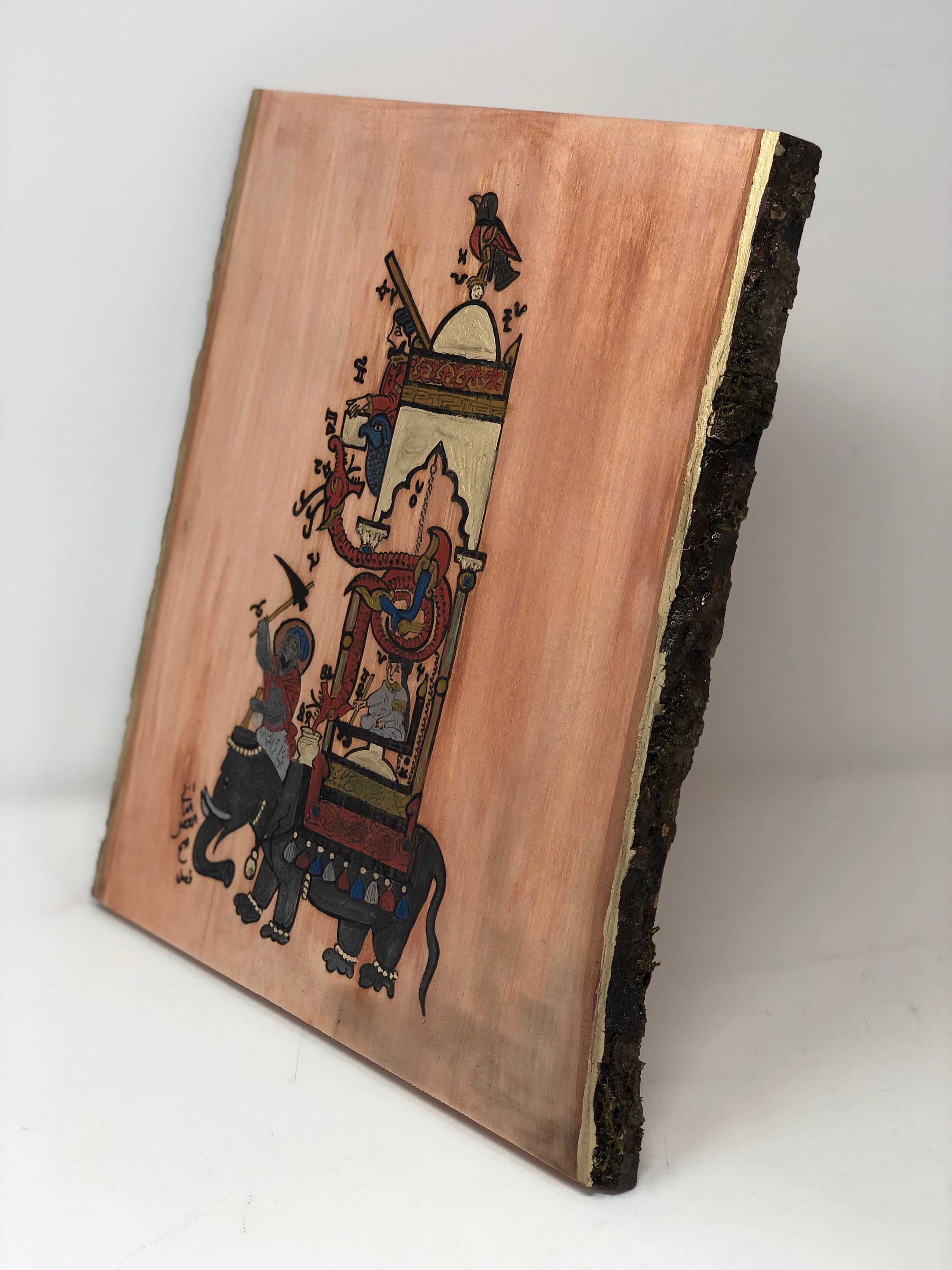 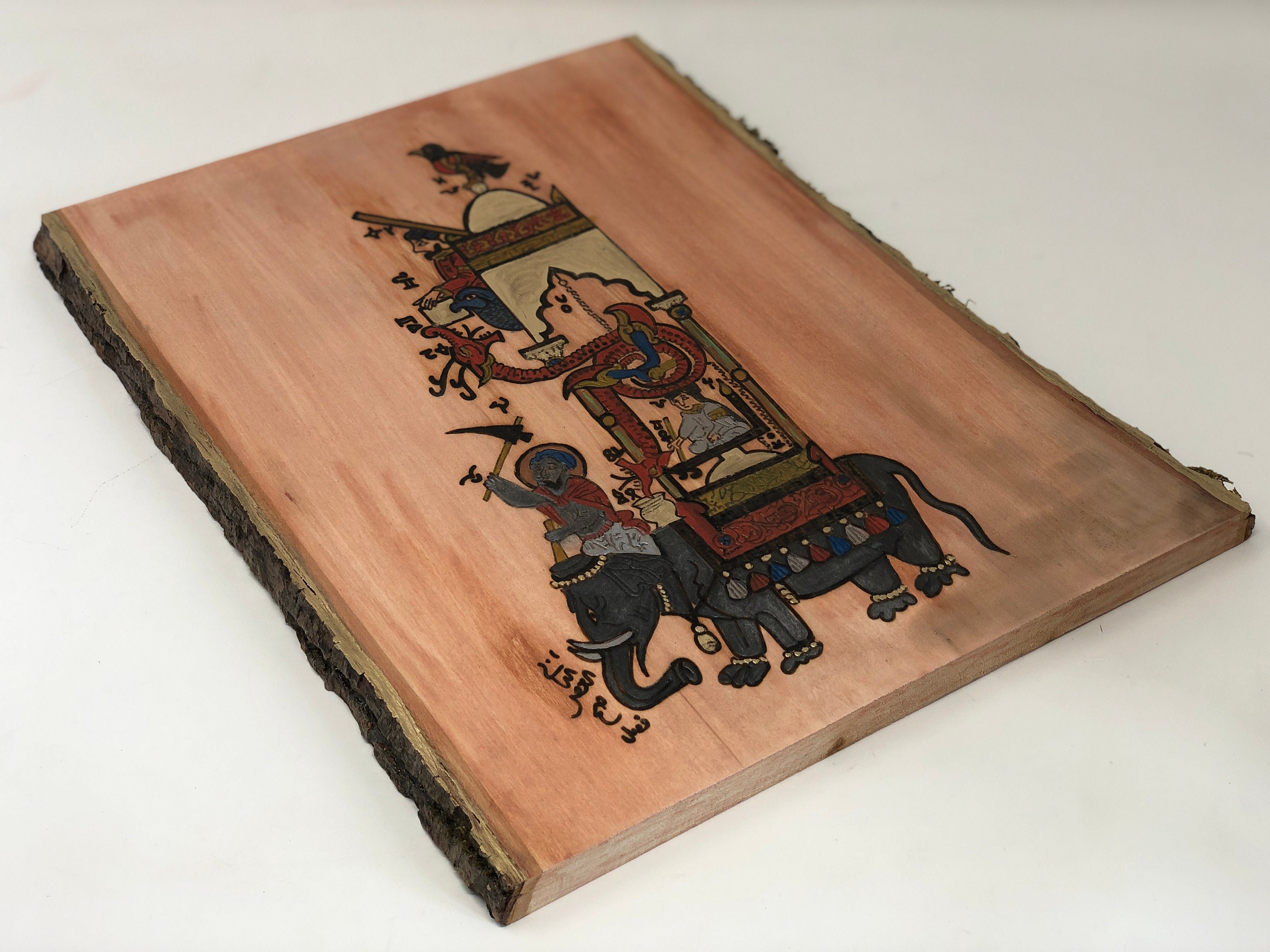 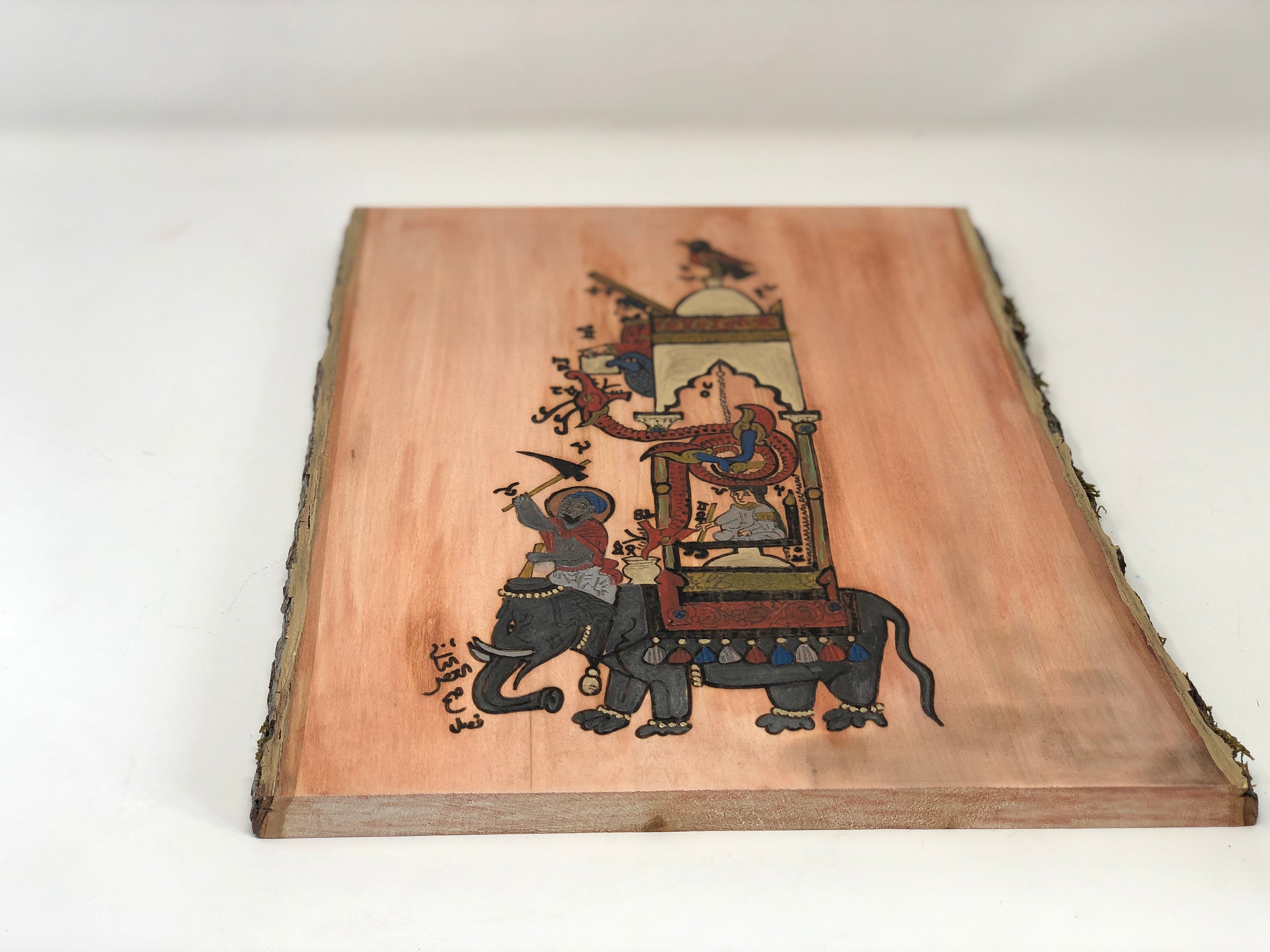 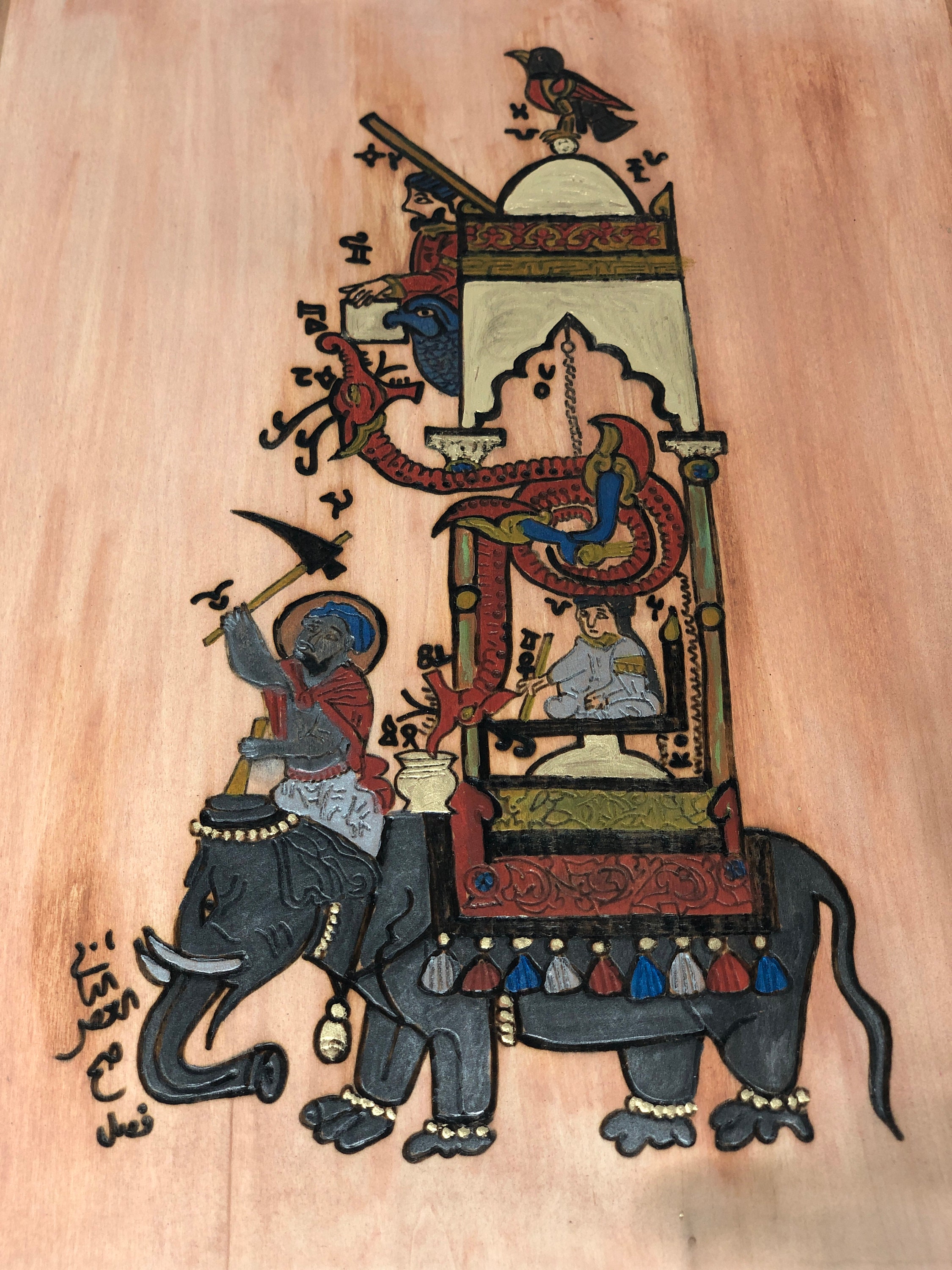 This decorative wallhanging depicts a woodburned and hanpainted copy of a scene from Al-Jazari's book on automata and mechanical contraptions. Al- Jazari was a mathematician, engineer, inventor, and scientist from the 12th century Islamic world who wrote a book on various contraptions and mechanical devices which used the power of physics and different technologies of the time in which he lived to operate. This particular drawing from his book features his famous elephant water clock. Al-Jazari designed this contraption to tell the time. The idea was that the stomach of the elephant was filled with water which had a bucket which would sink over the course of an hour. As the bucket sank, a string would pull the figure seated above the elephant, the scribe, whose pen would rotate marking the minutes of the hour. When the bucket would completely submerge in the water, a larger string would pull the device on top to cause a ball to drop from the bird on top into the mouth of the dragon which would fall and bring the elephant rider into motion causing him to drop his axe. This action was repeated every hour.

This handmade and handcrafted wooden wall hanging is a testimony to al-Jazari's creative genius and the wonders of history from the medieval Islamic world.