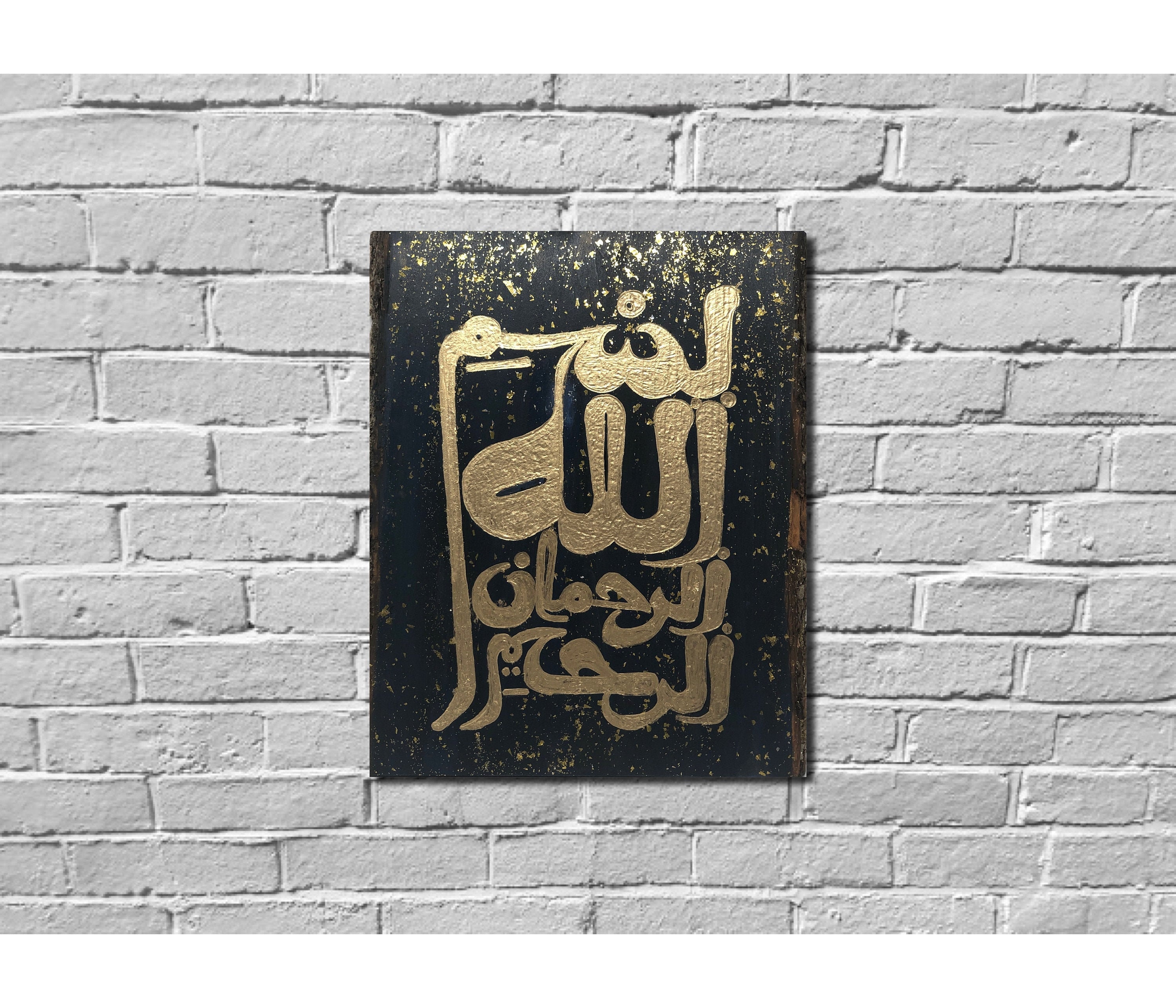 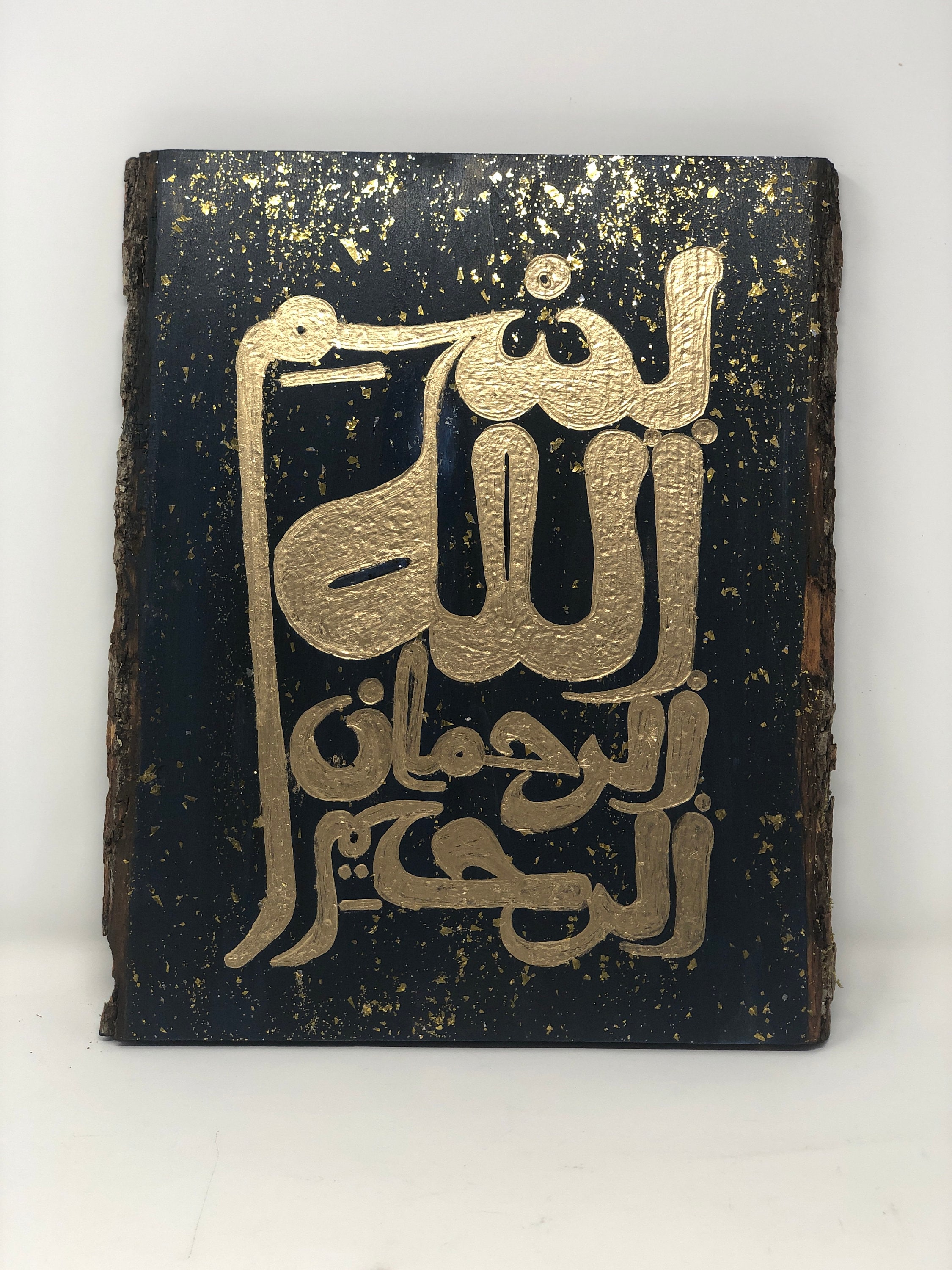 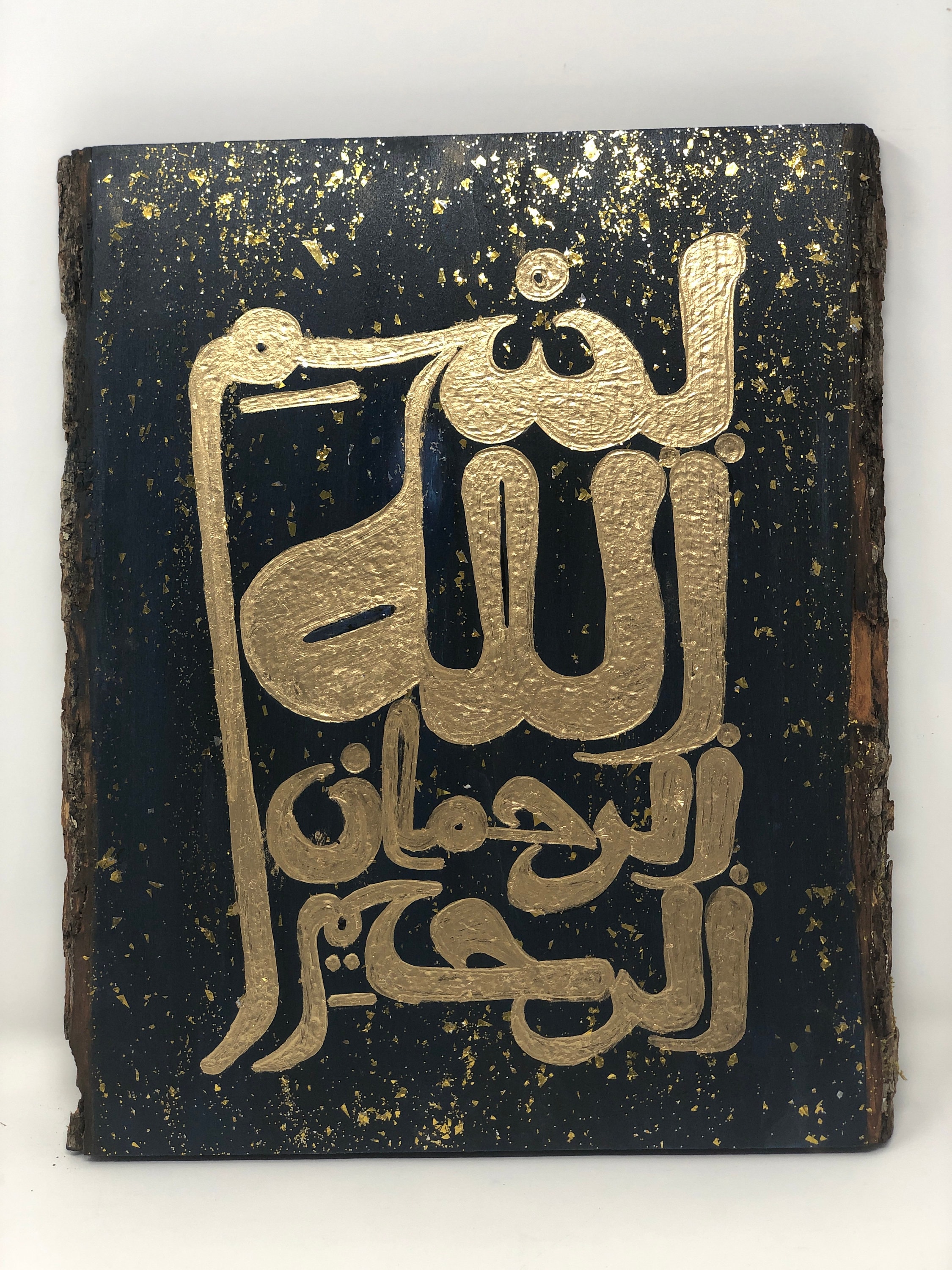 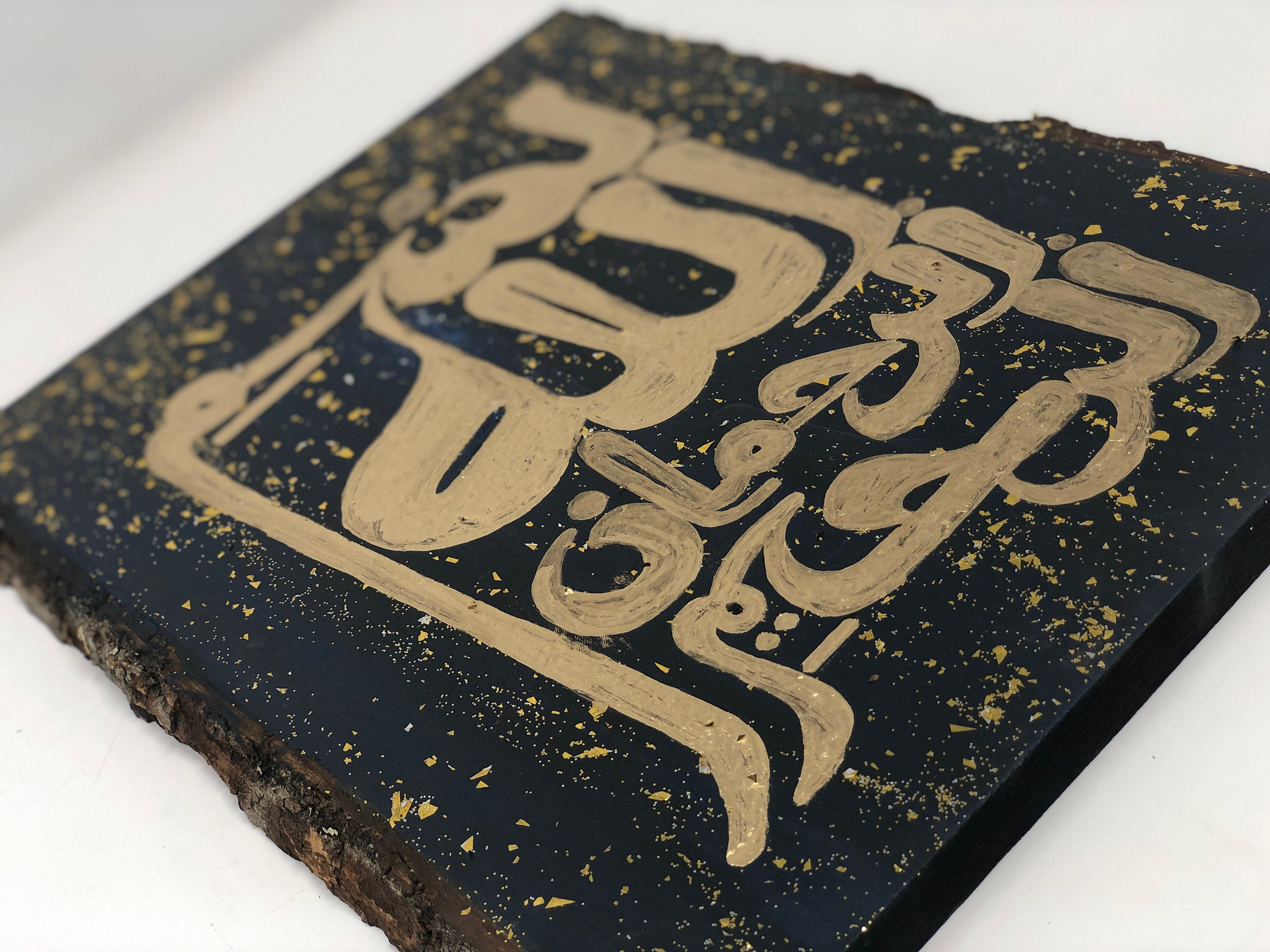 Although this Arabic calligraphy wall hanging appears to be a modern work of art, the actual handwriting which inspired this wall hanging belongs to a Sufi calligrapher named Shaykh Muhammad b. Qasim al-Qandusi. Al-Qandusi was born in Algeria in the early 19th century, but ended up moving to Fez Morocco in 1828 where he gained a reputation for his simple life and becoming a gnostic and knowledgeable person about religion. He died in 1861. During his lifetime, he wrote several books and also developed a revolutionary Maghribi style of handwriting, which we have showcased in this 11 x 13" wooden wall hanging.

This wall hanging has been finished in a blue stain and embellished with gold leaf and gold leaf paint. It is one of a kind and a good mix of modern style with historical sensibilities.