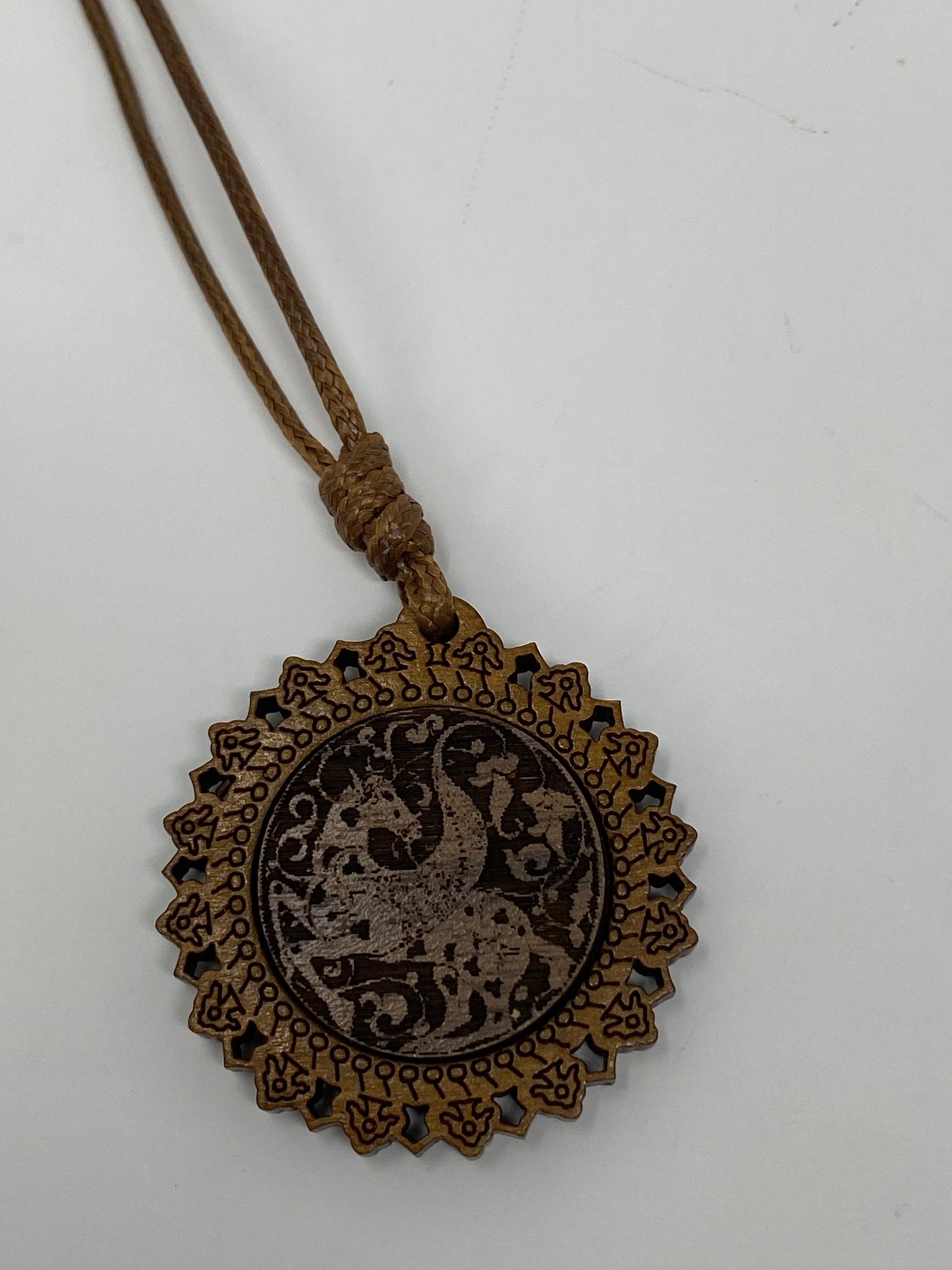 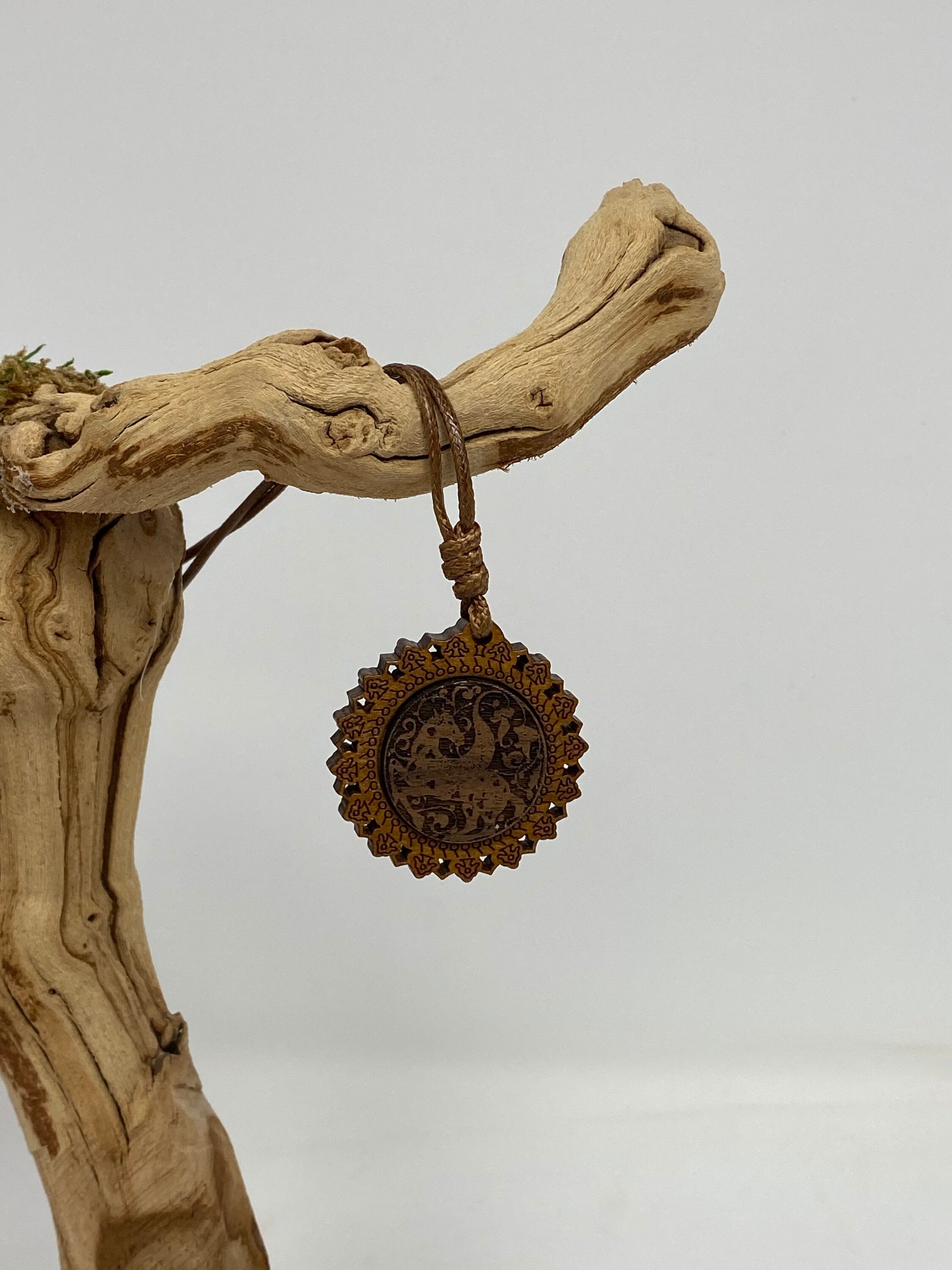 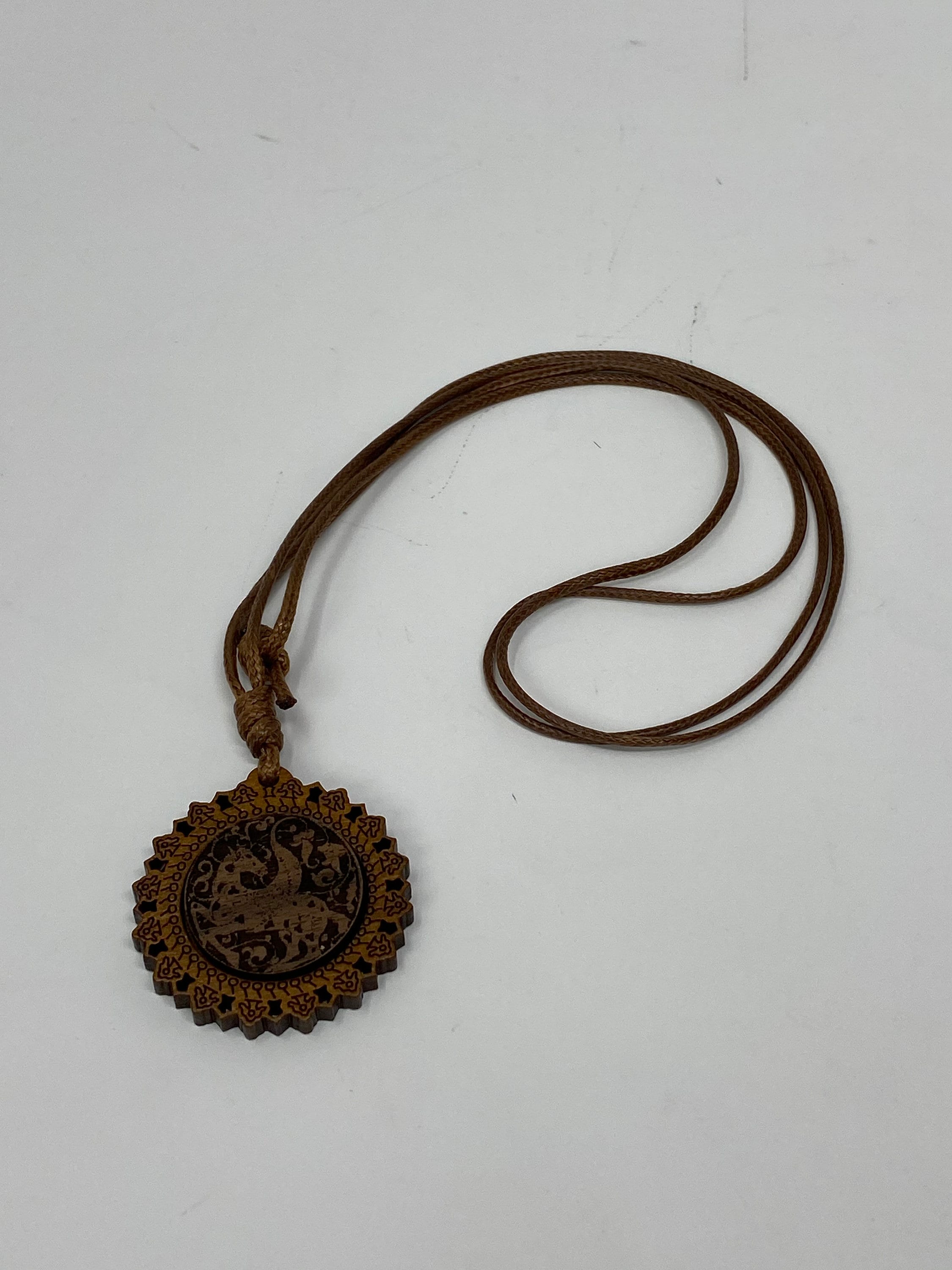 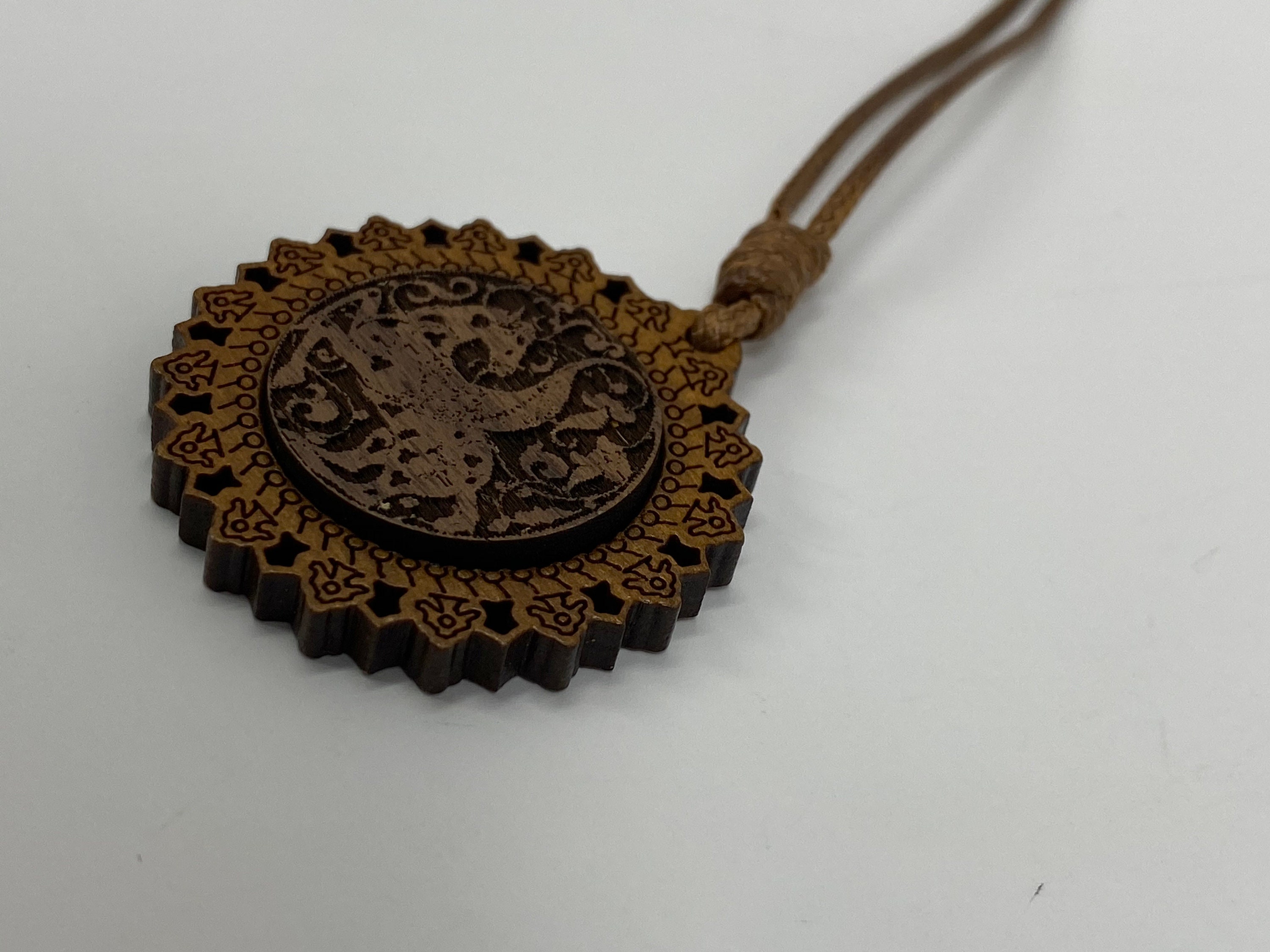 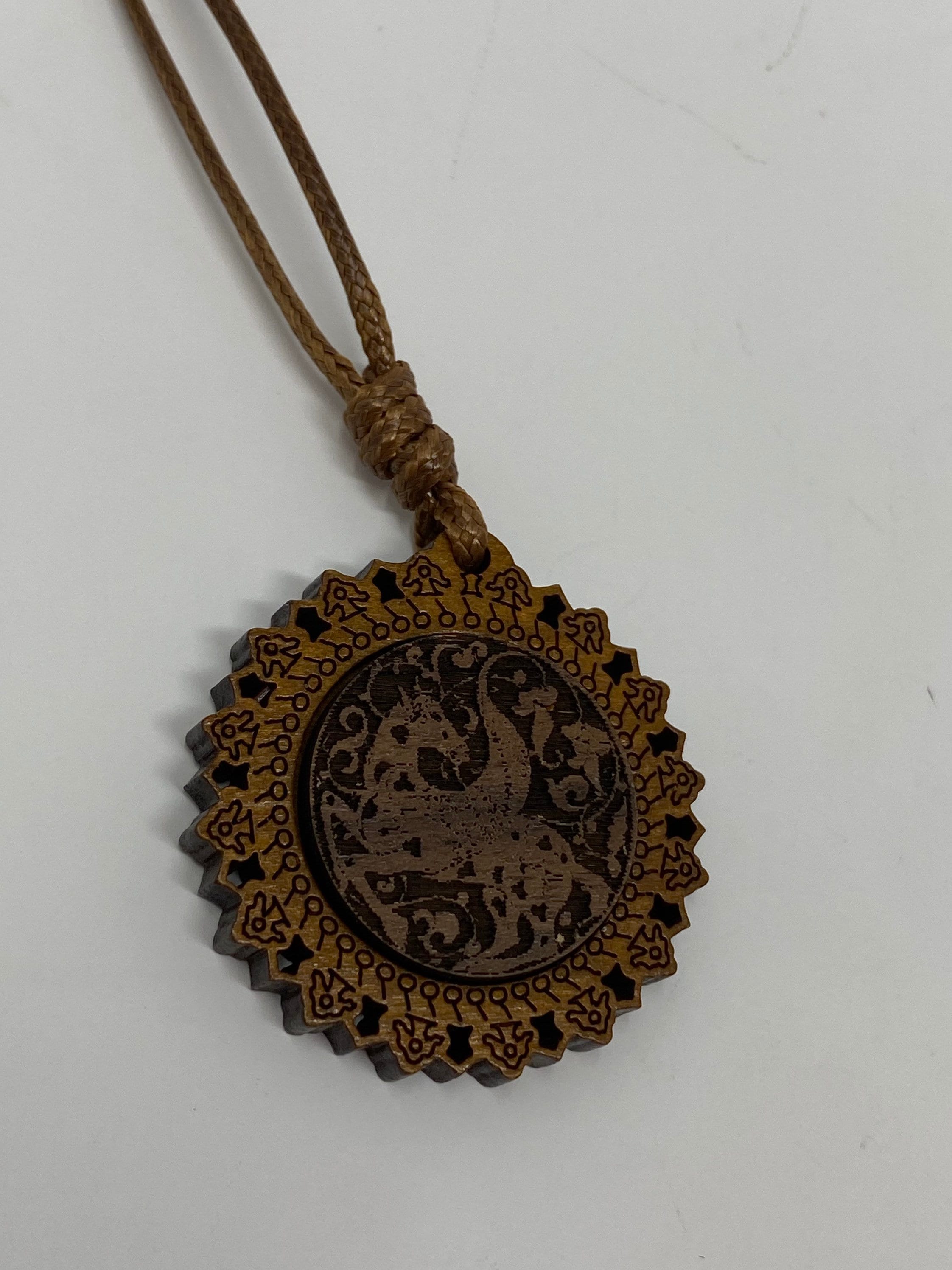 The Arabesque brings you stylish boho-chic jewelry featuring medieval art and other arabesque calligraphy elements. This pendant features a medieval winged horse which originally comes from a bowl made in 12th century Seljuk Persia and is on display at the Metropolitan Museum of Art in New York. This pendant is for all of you who defy gravity and shoot for the stars.

The winged-horse represented royalty and regality in medieval medieval and ancient imperial culture. Since we absolutely love this motif and the medieval work of art that it was derived from, we have used it in several items throughout our store. We believe you'll love wearing age-old art and history in a fashionable and elegant way.

Ask about our custom calligraphy pendants.

Pendant Made by The Arabesque in the U.S.A.