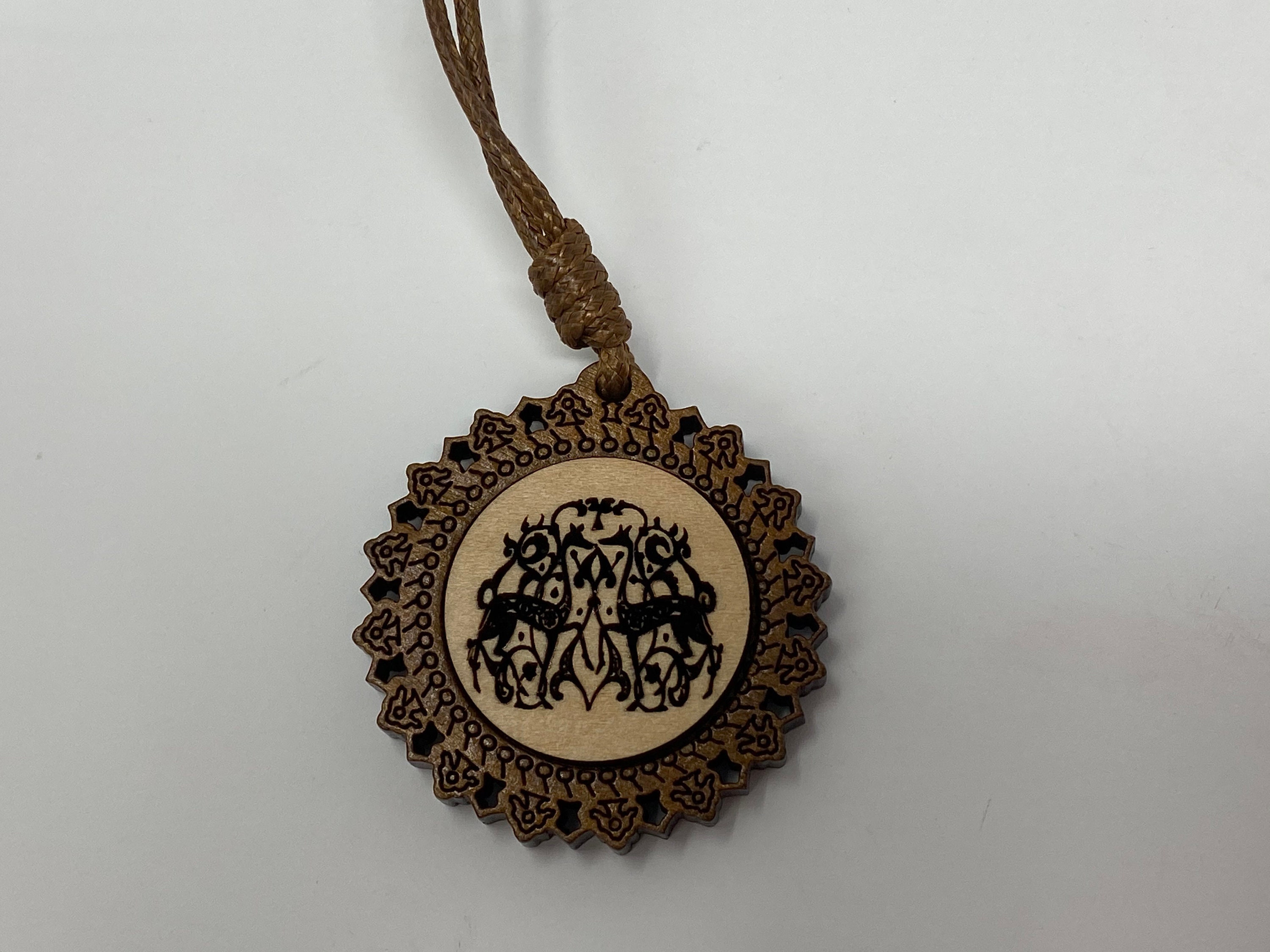 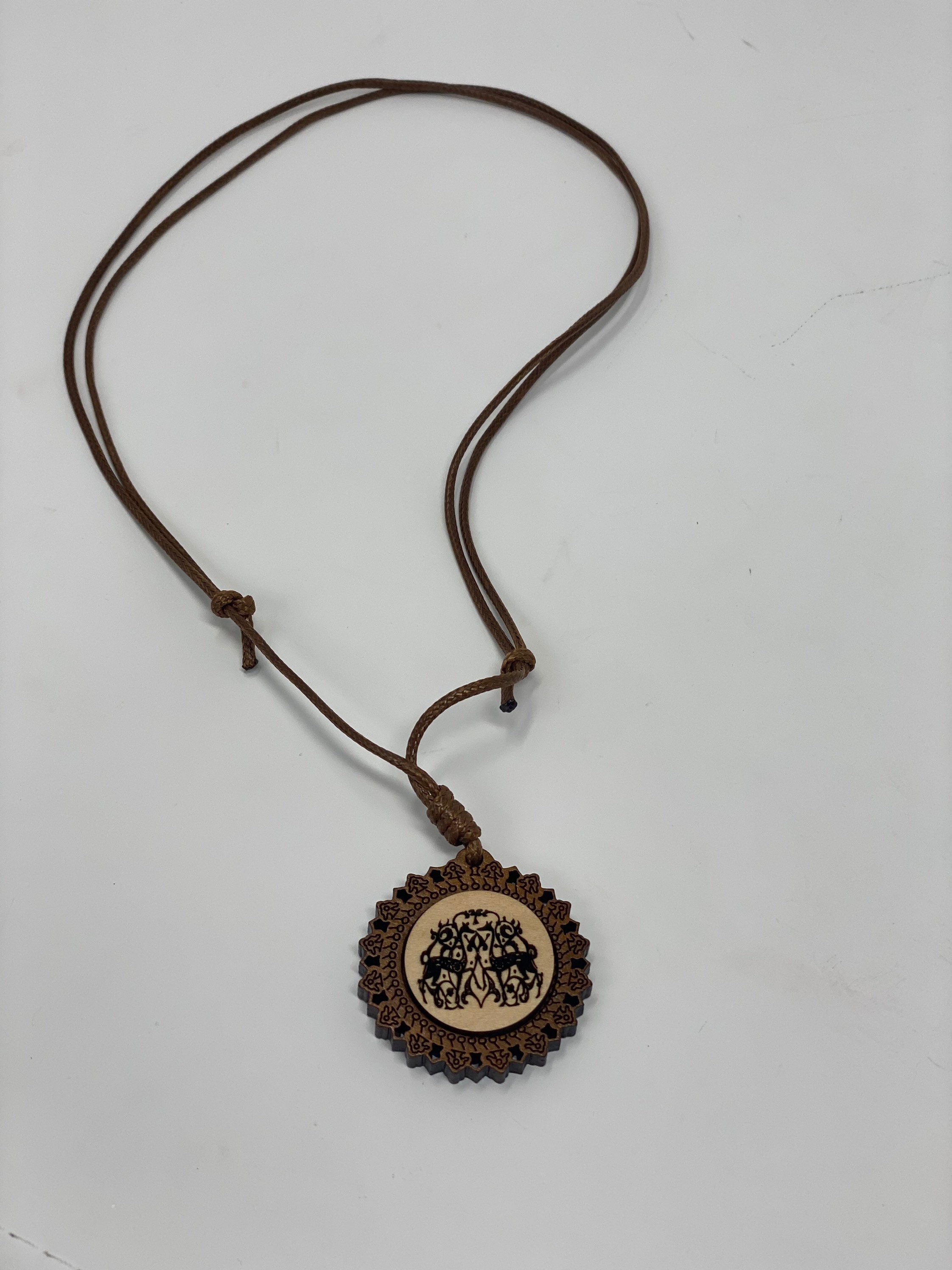 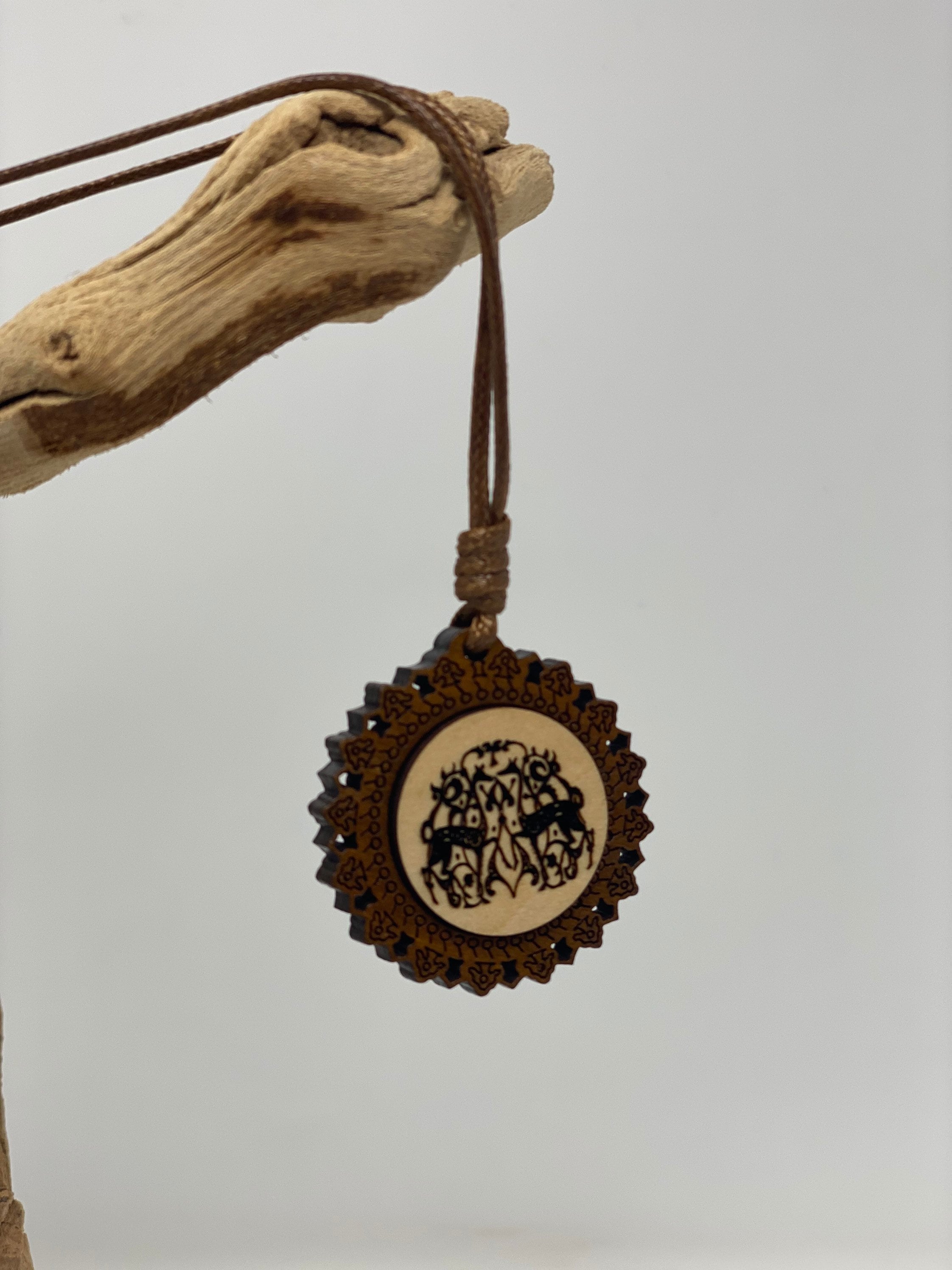 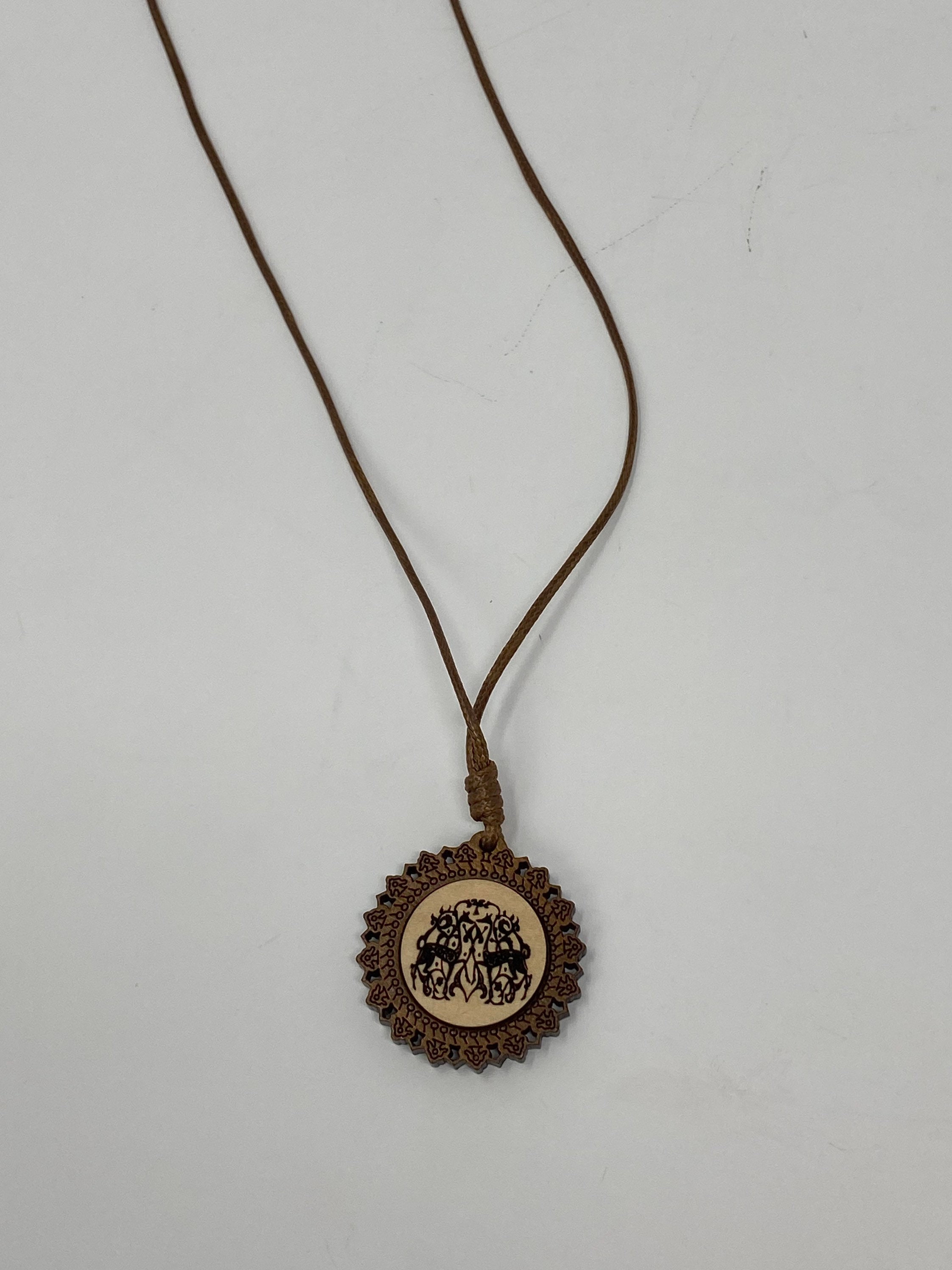 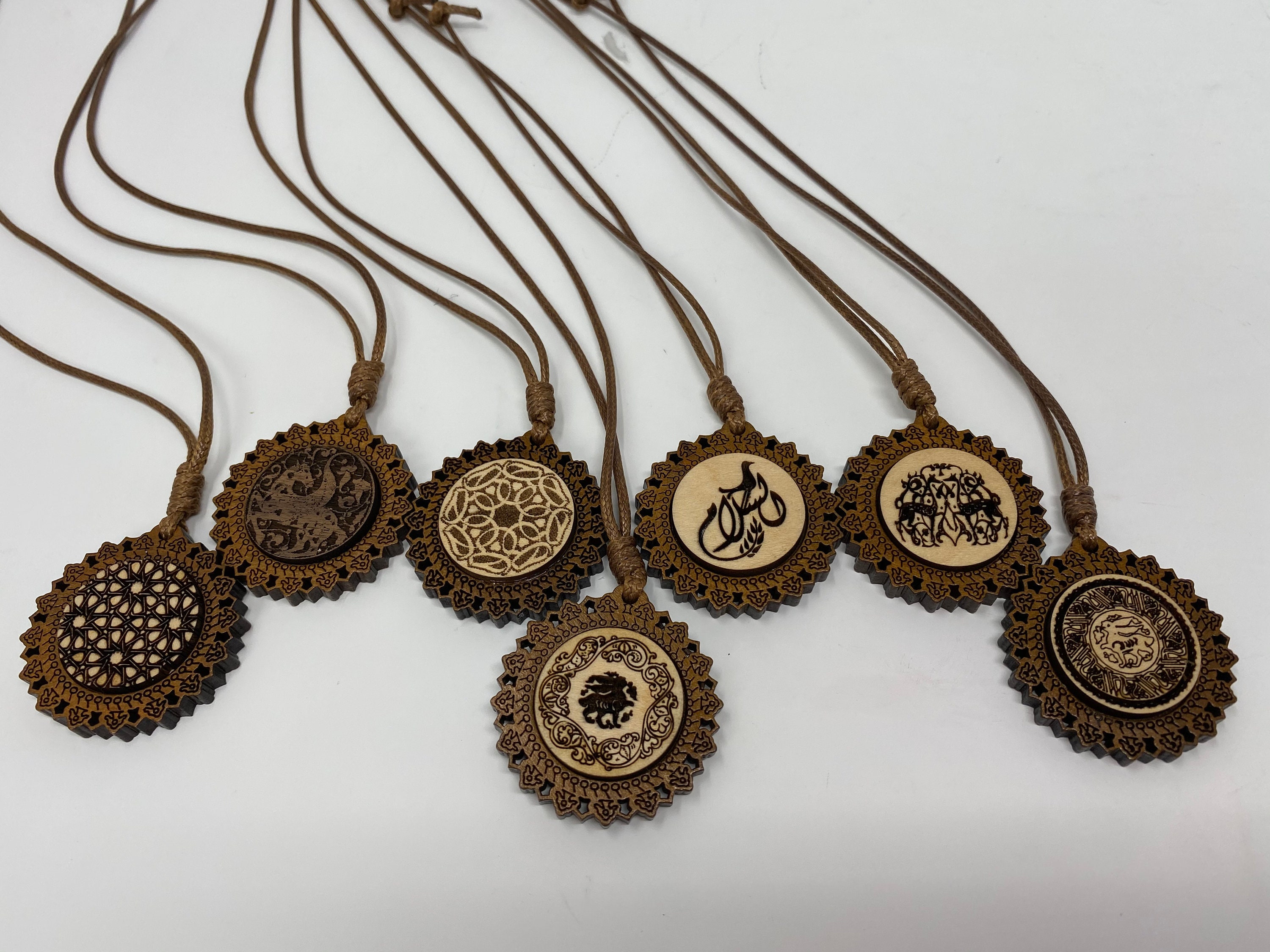 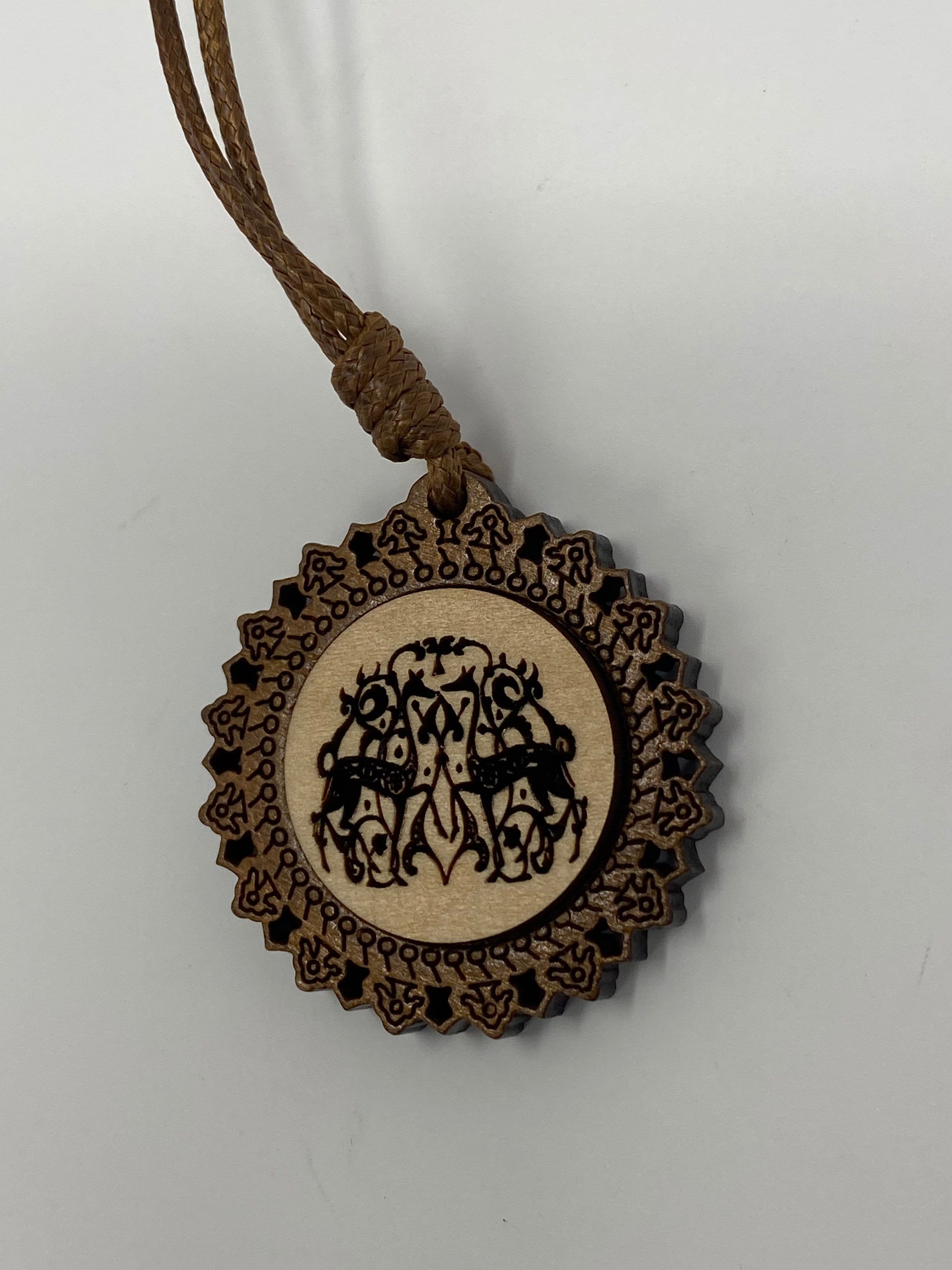 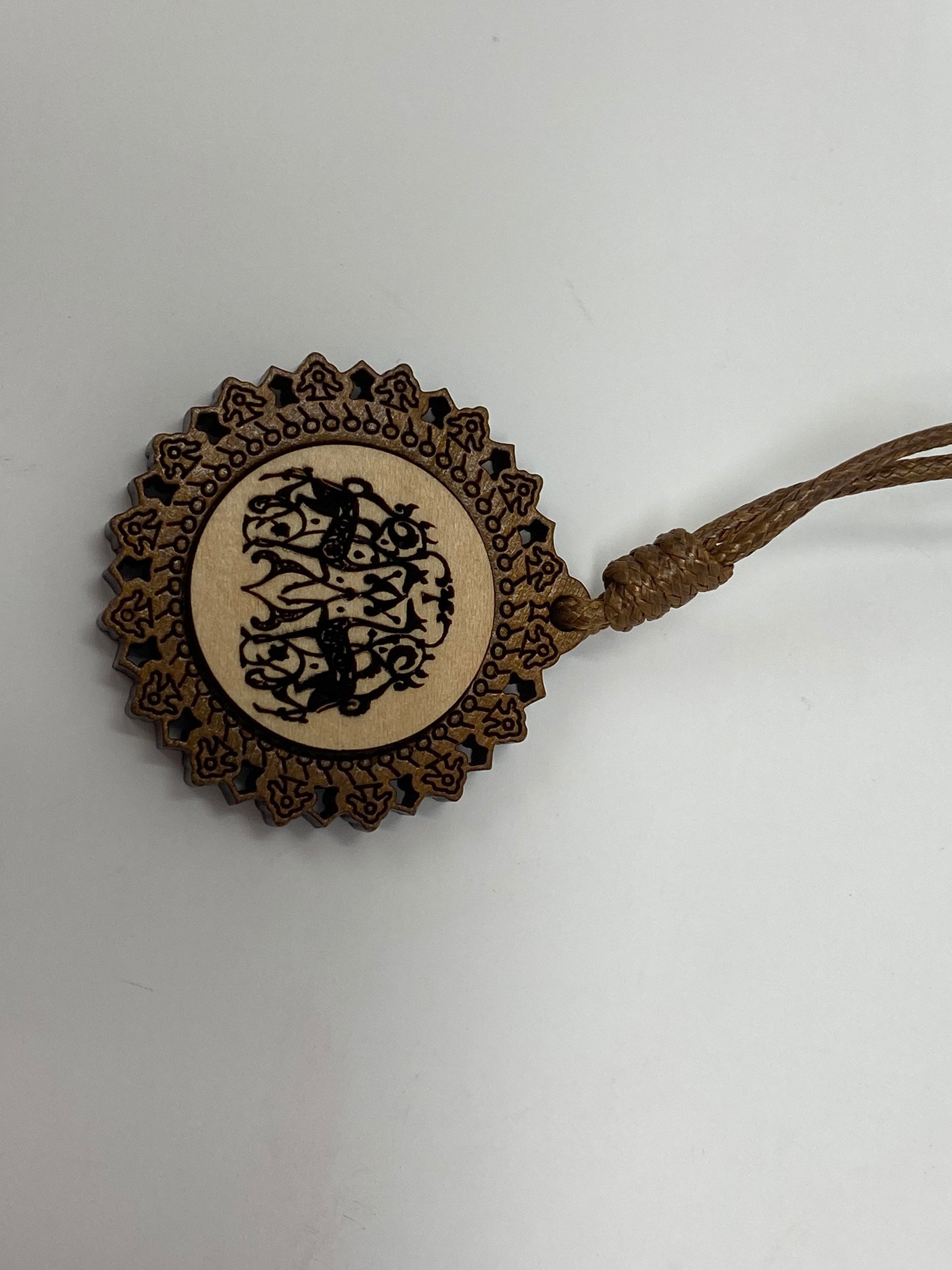 The Arabesque brings you stylish boho-chic jewelry pendant featuring medieval art and other arabesque calligraphy elements. This pendant's design was inspired by the two affronted arabesque gazelle patterns which originally come from a medieval vase from Granada which was once in the the 14th century Nasrid Alhambra palace in Spain. The Alhambra was and still is one of the most beautiful medieval Islamic palaces in the world still standing today. These two gazelles are just a small element of the entire decorative scheme which exists on the walls and ceilings of this grand palace complex which sits on the hills of Granada.

Each pendant has been laser engraved in premium basswood and placed in a stylish wooden bazel. It comes ready to wear with an 18" adjustable leather cord. We believe you'll love wearing this beautiful message in our signature calligraphy design inspired from age-old art and history.

Ask about our custom calligraphy pendants and take a look at our entire collection.

I can’t wait to wear this during my upcoming trip! Super excited!