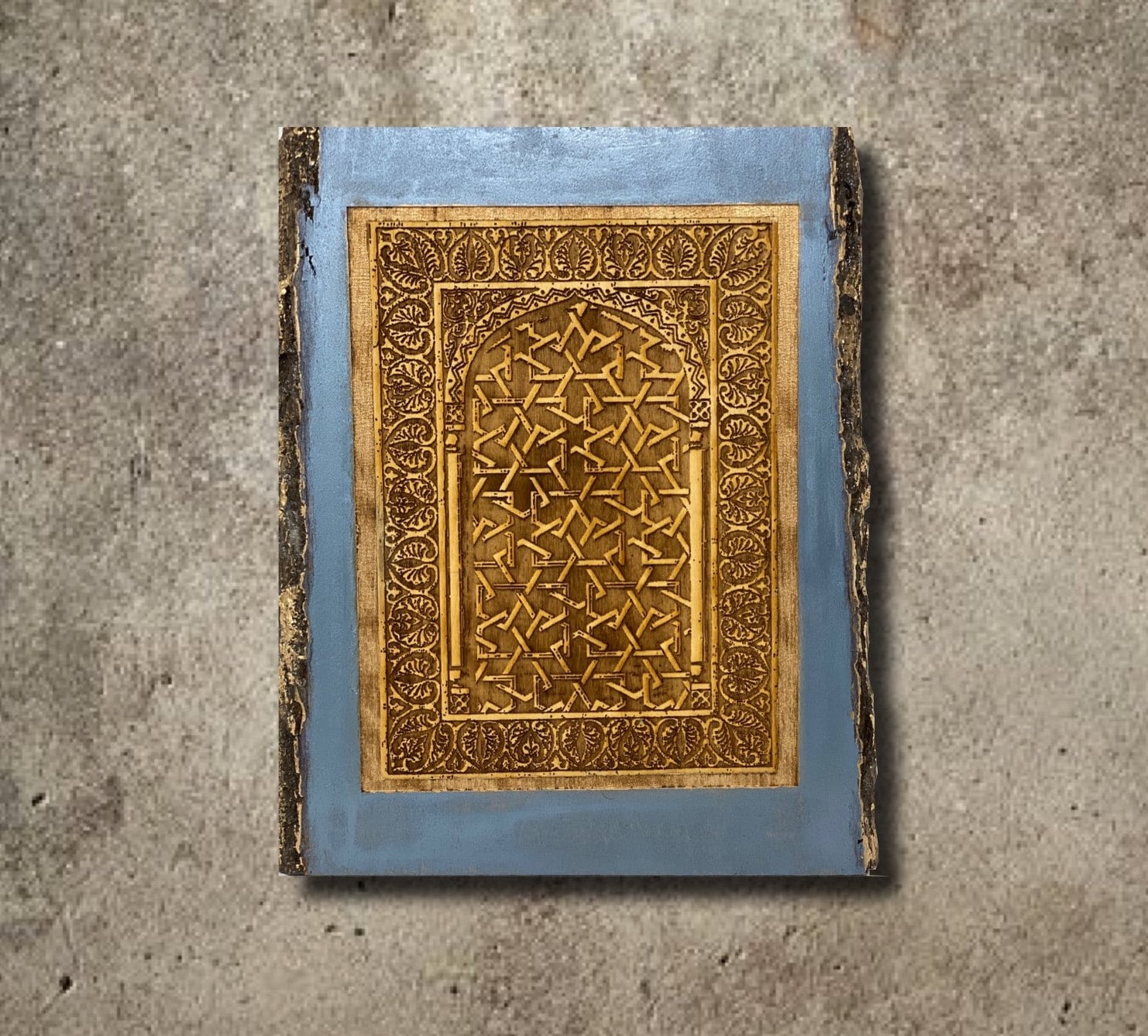 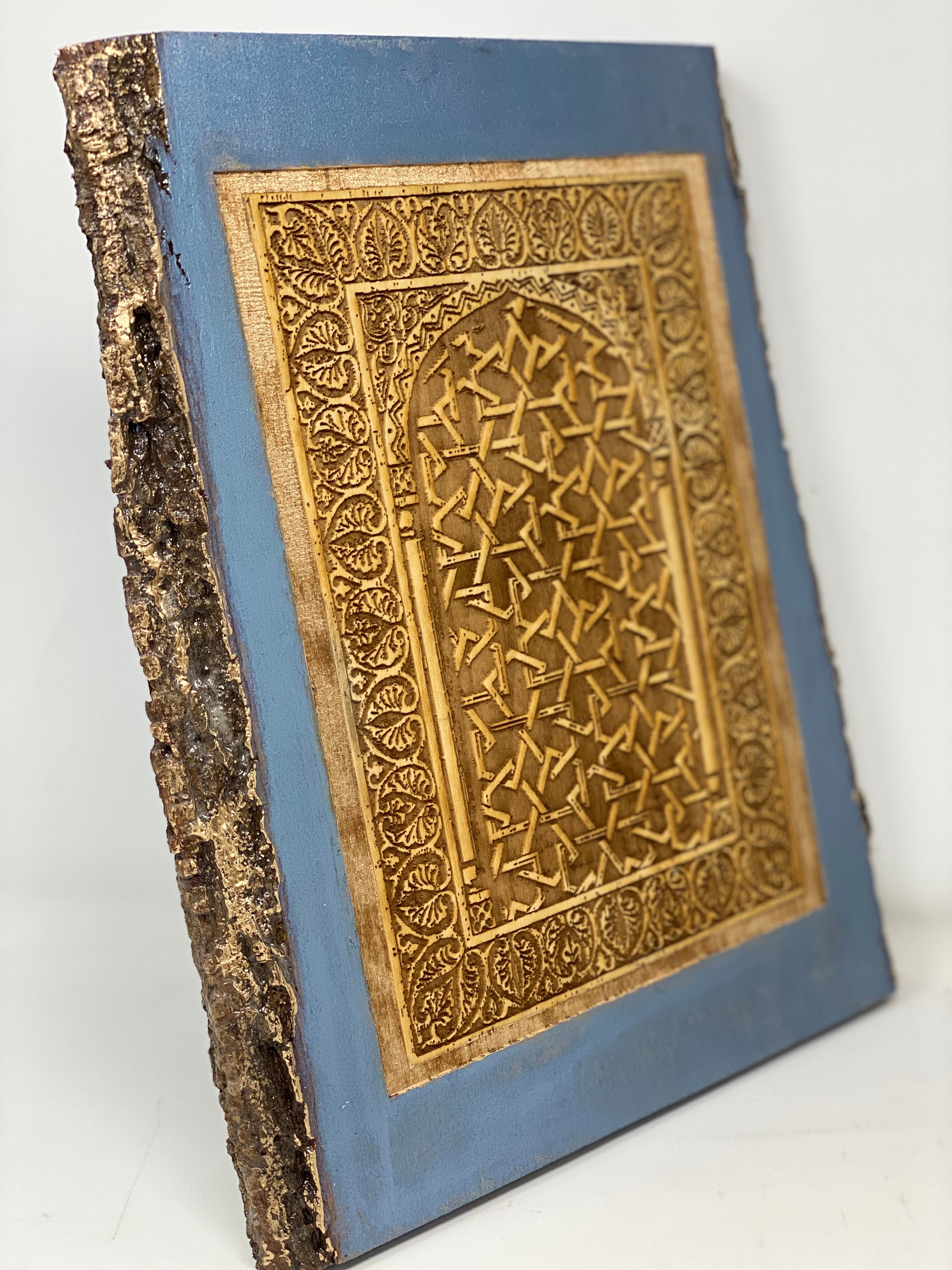 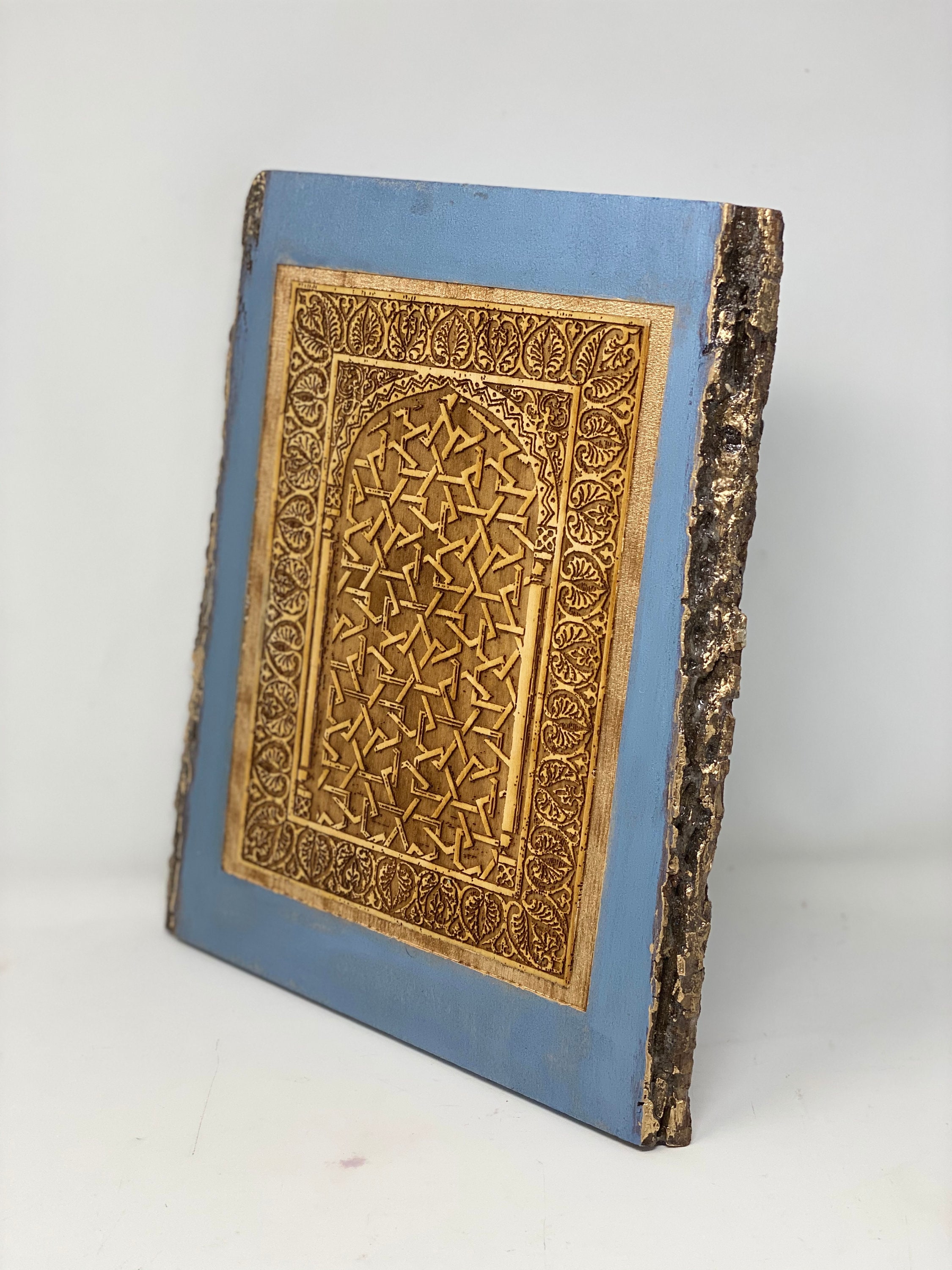 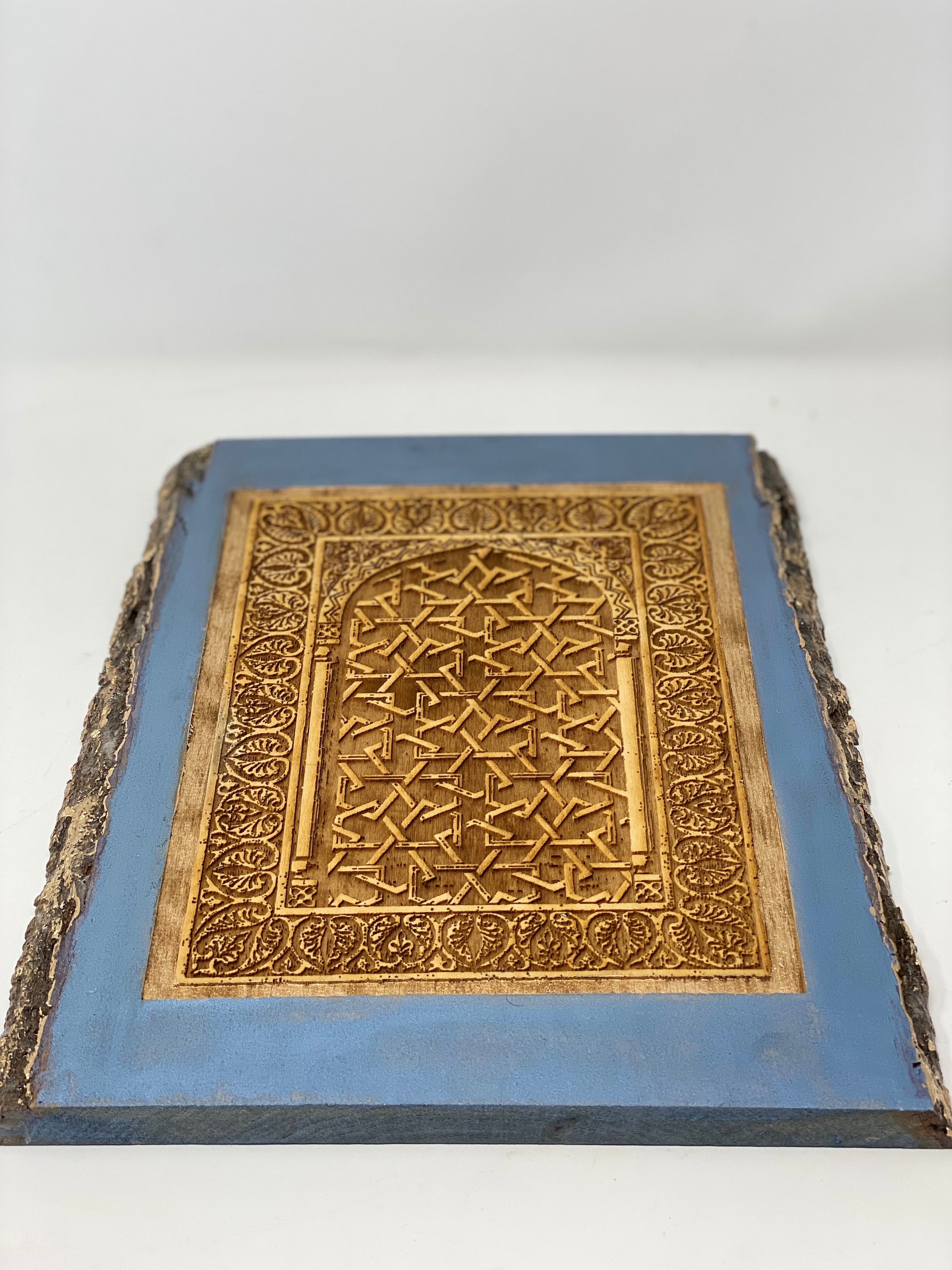 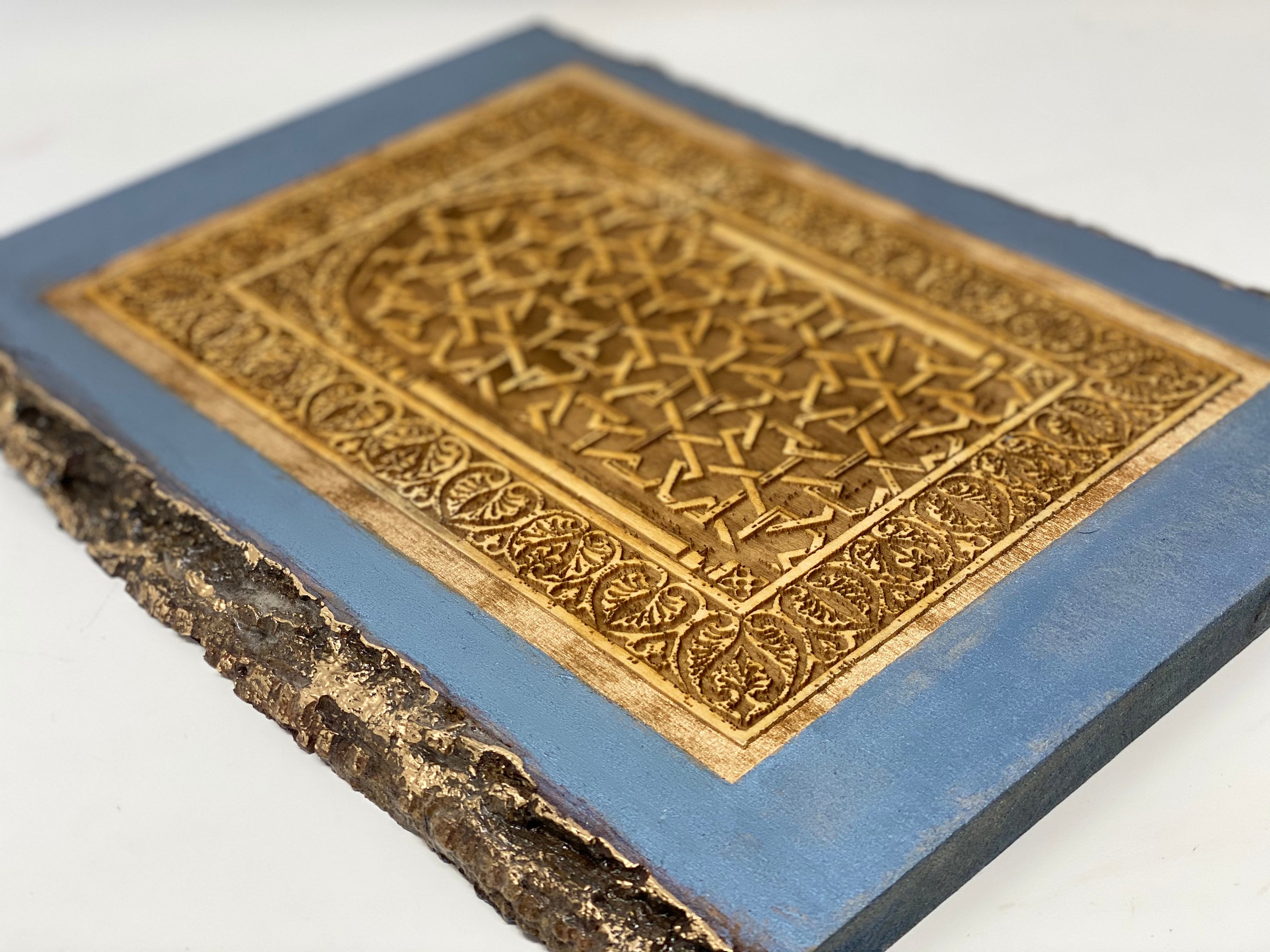 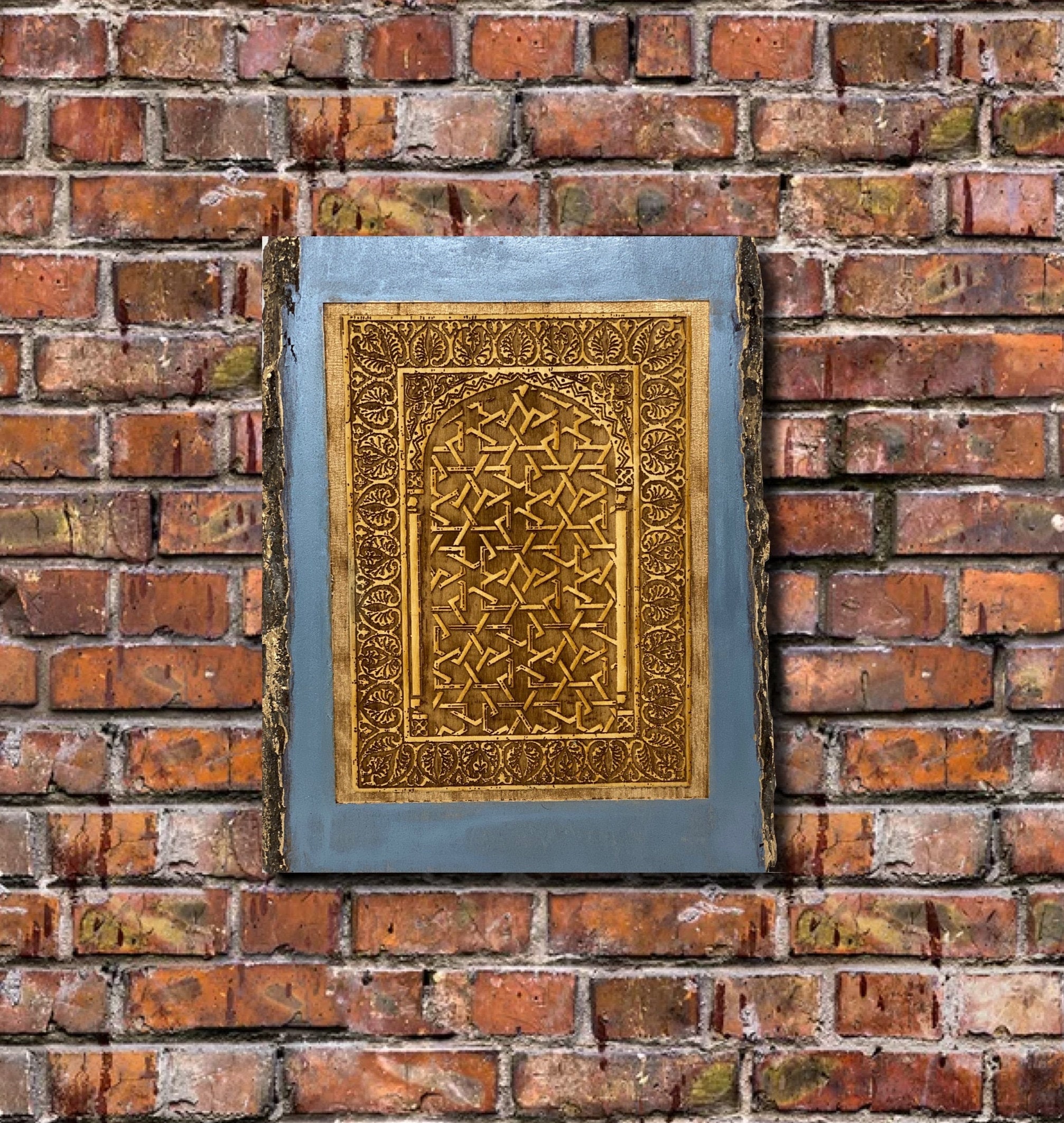 The Amir built a grand mosque in Mamluk Cairo. Most of the mosque was destroyed, several of the carved stucco windows of the mosque survived. This beautiful natural basswood engraved wooden artwork depicts one of those beautiful medieval Mamluk stucco windows of the 14th century from Amir Qawsun's mosque. It is a testimony to the splendor and elegance of the Mamluk era of rule over Cairo and Syria.