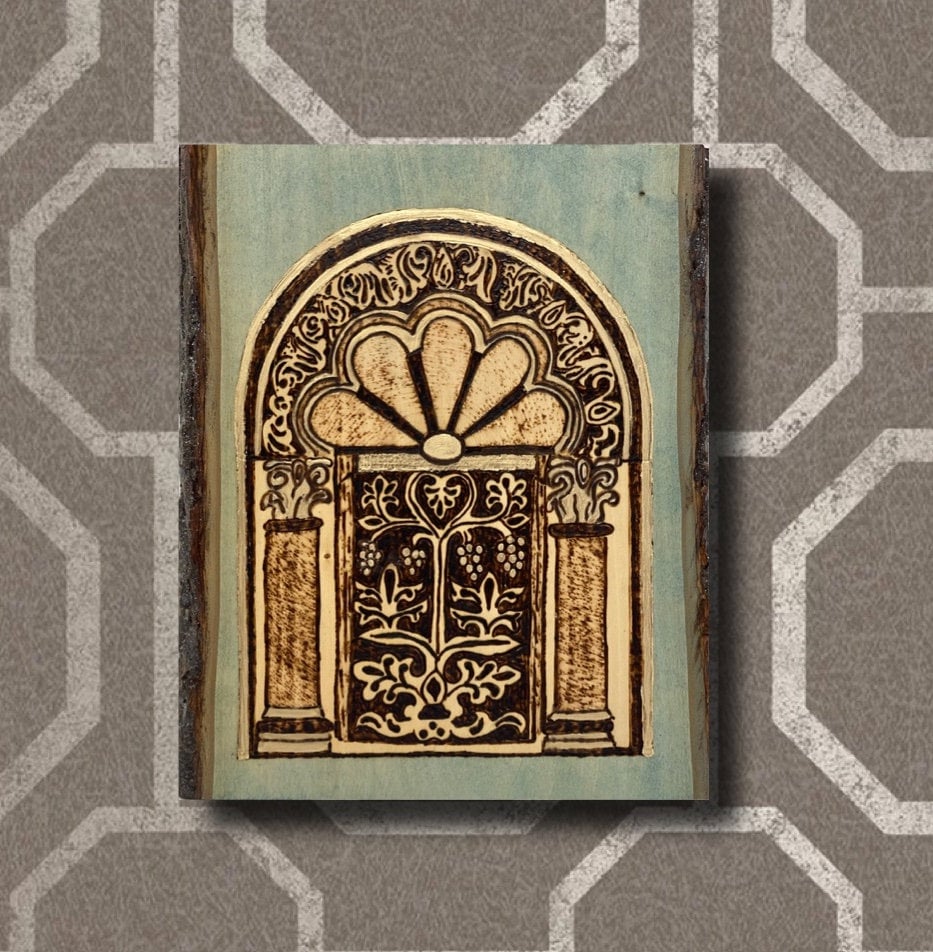 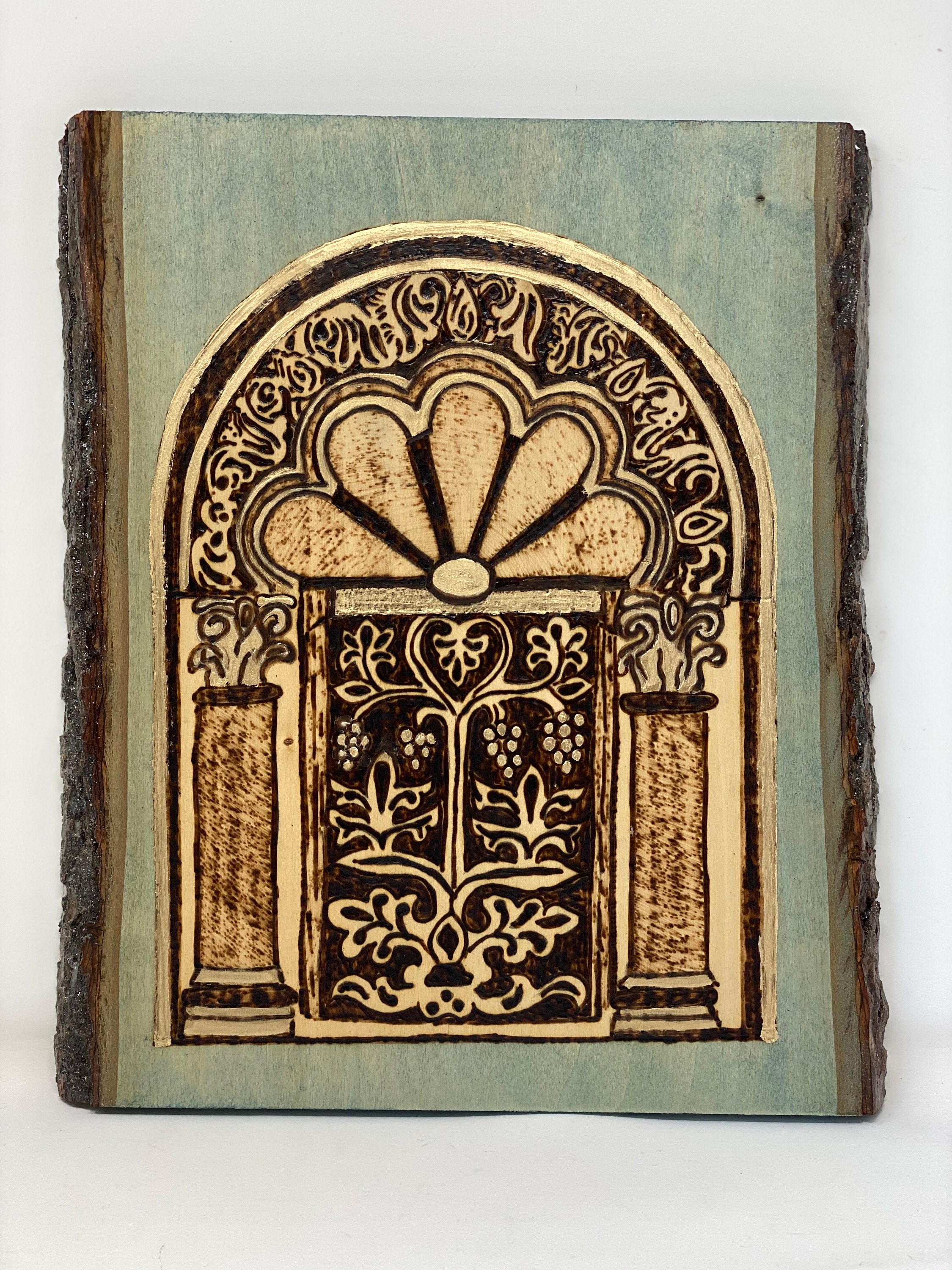 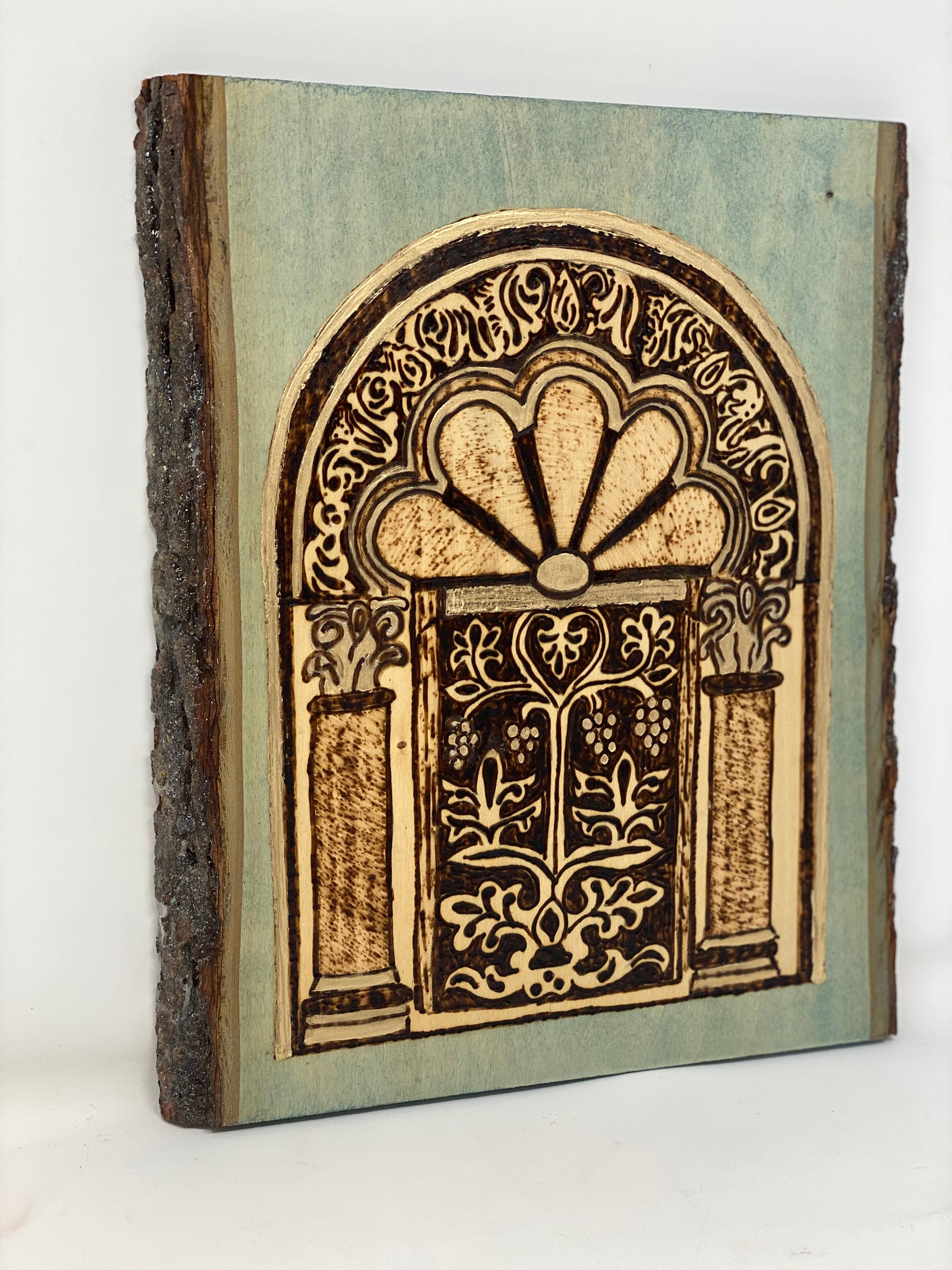 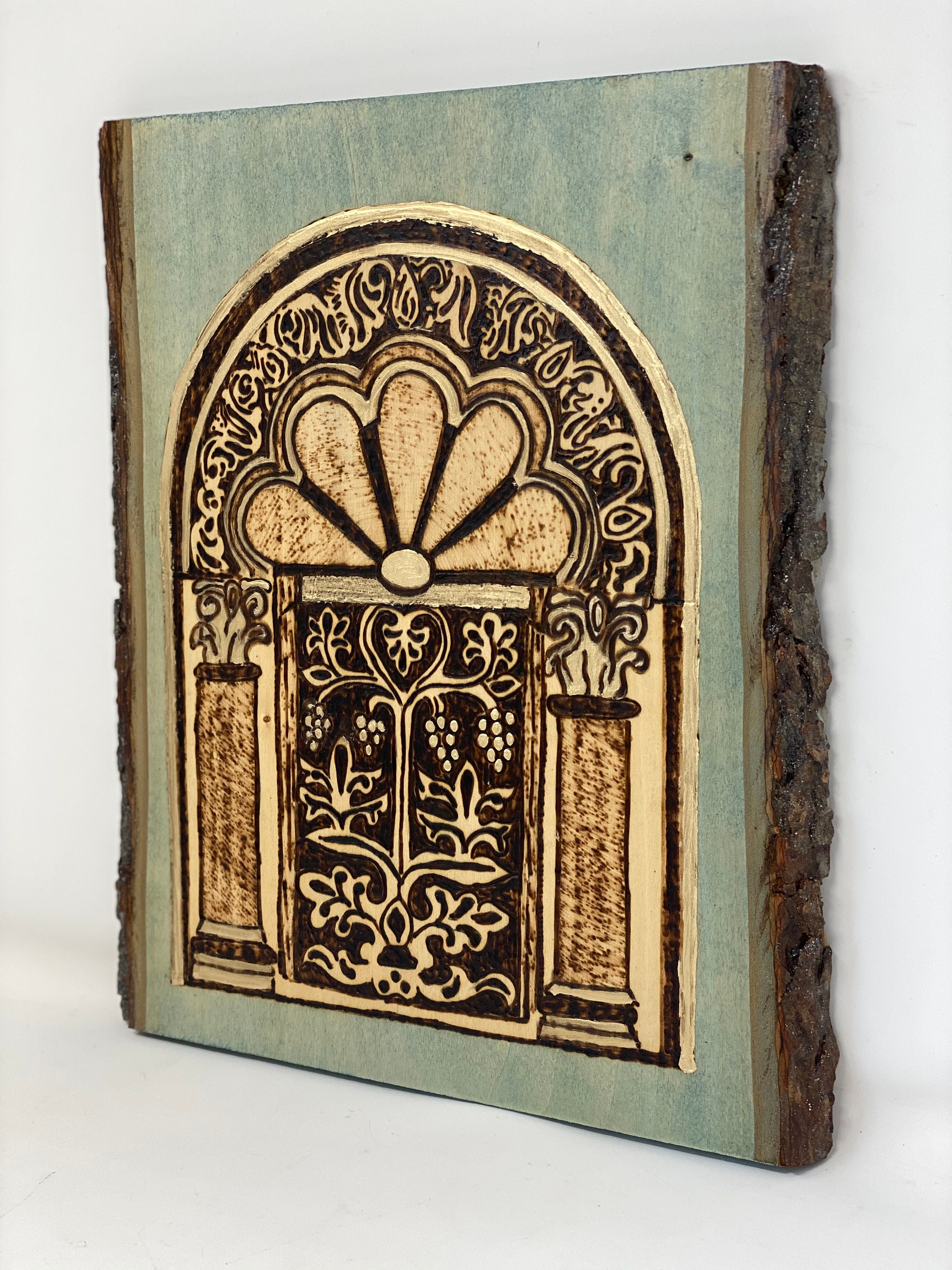 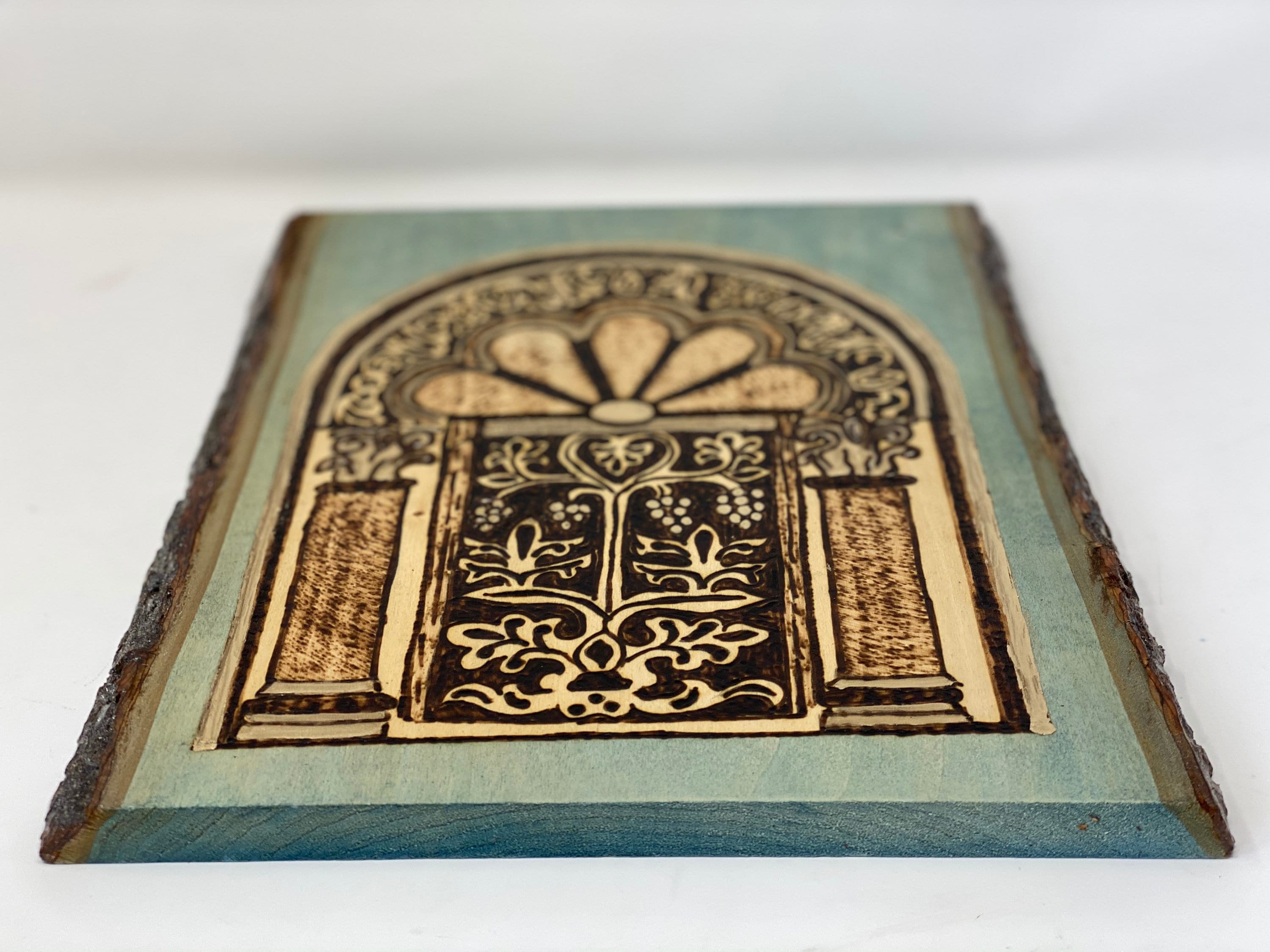 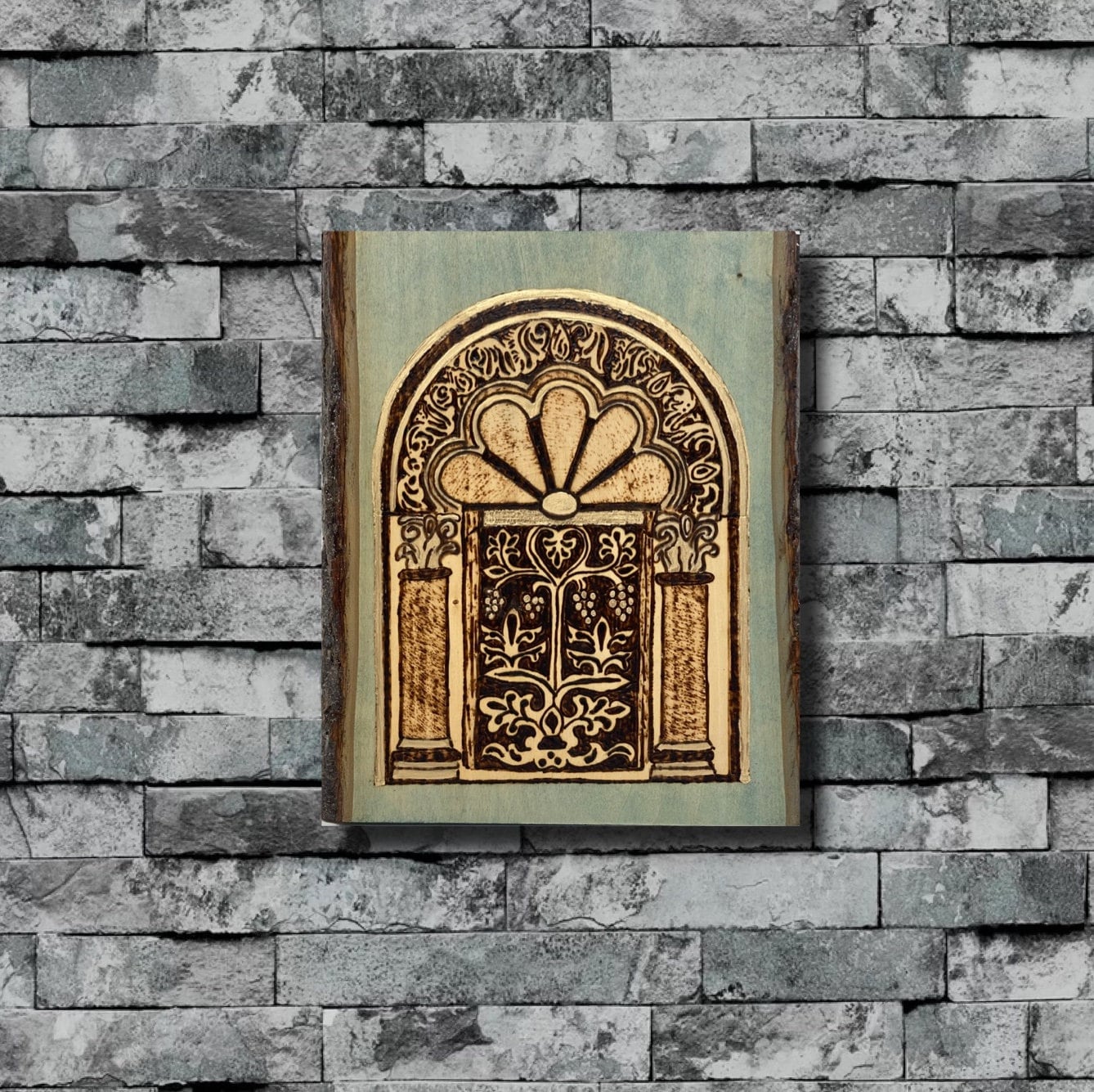 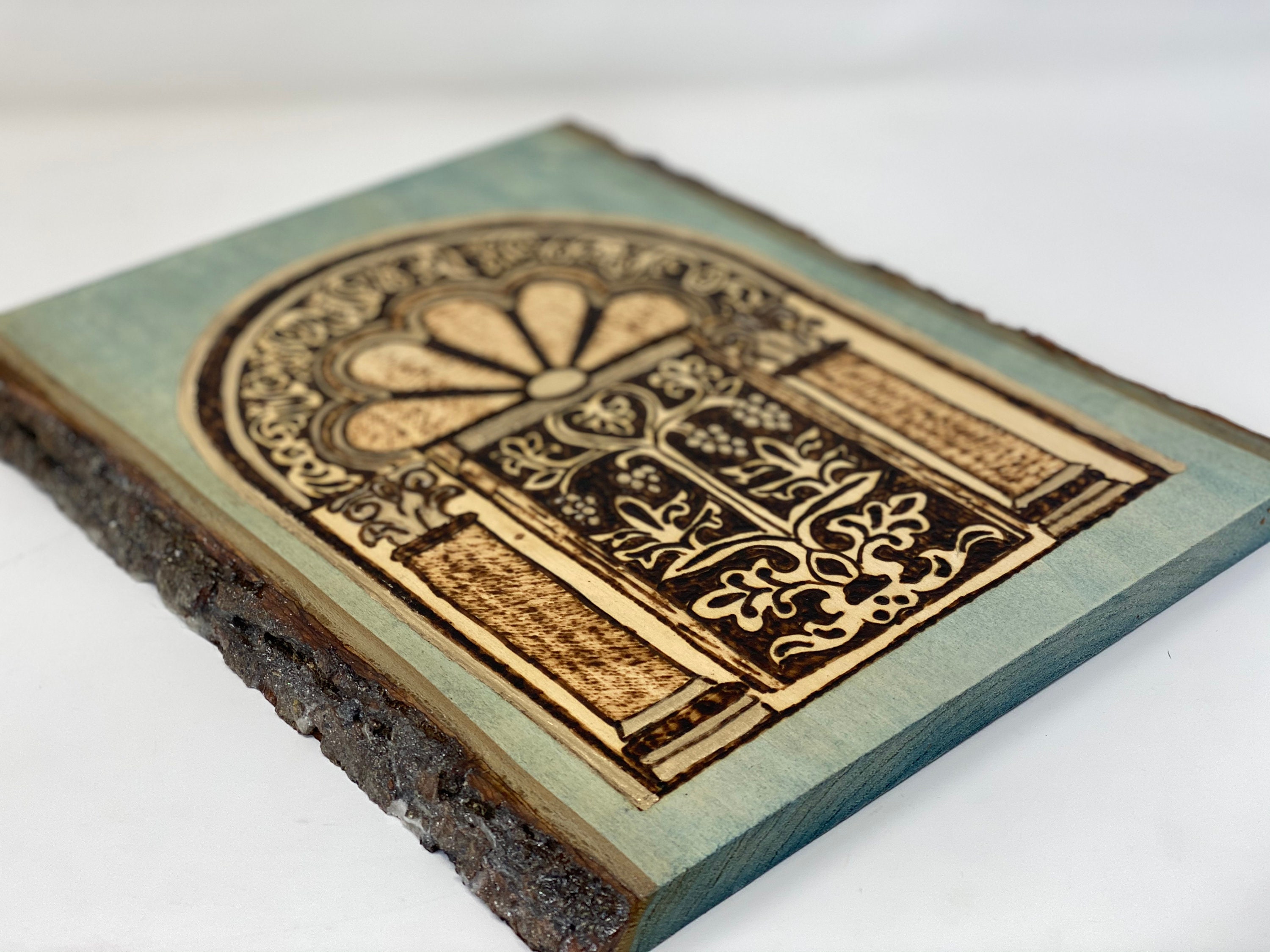 The Great Mosque of Kairouan is one of the oldest mosques of the Islamic world and dates to the late seventh century when Arabs first arrived in North Africa. Kairouan served as the regional capital for the province of Ifriqiya in the medieval Islamic world. The mosque has been renovated several times, and many of the interior decorations were done in the 9th century. This wooden wall plaque depicts a carving from the interior ornament of the mosque. It resembles a niche with grapes and vines.