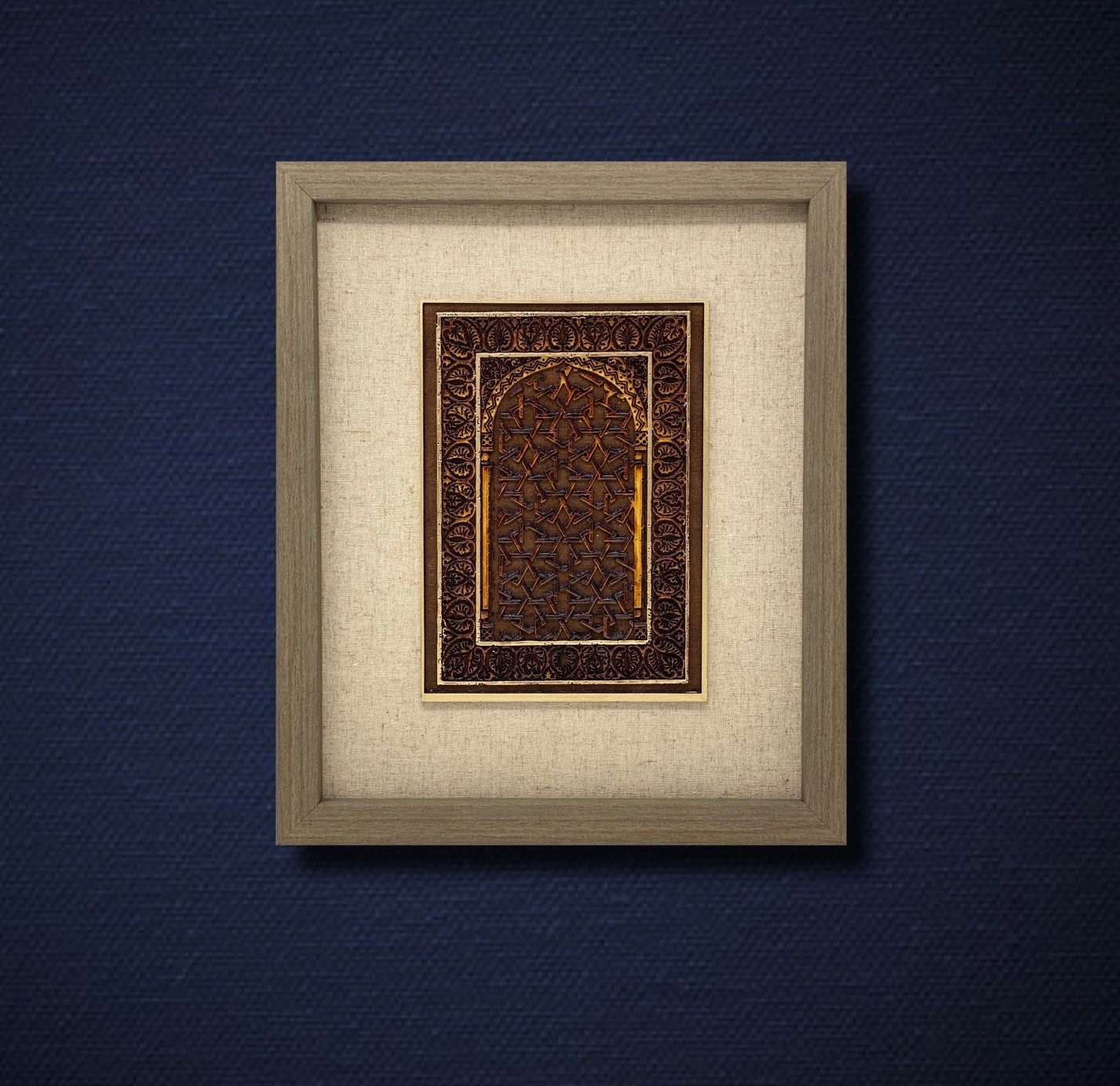 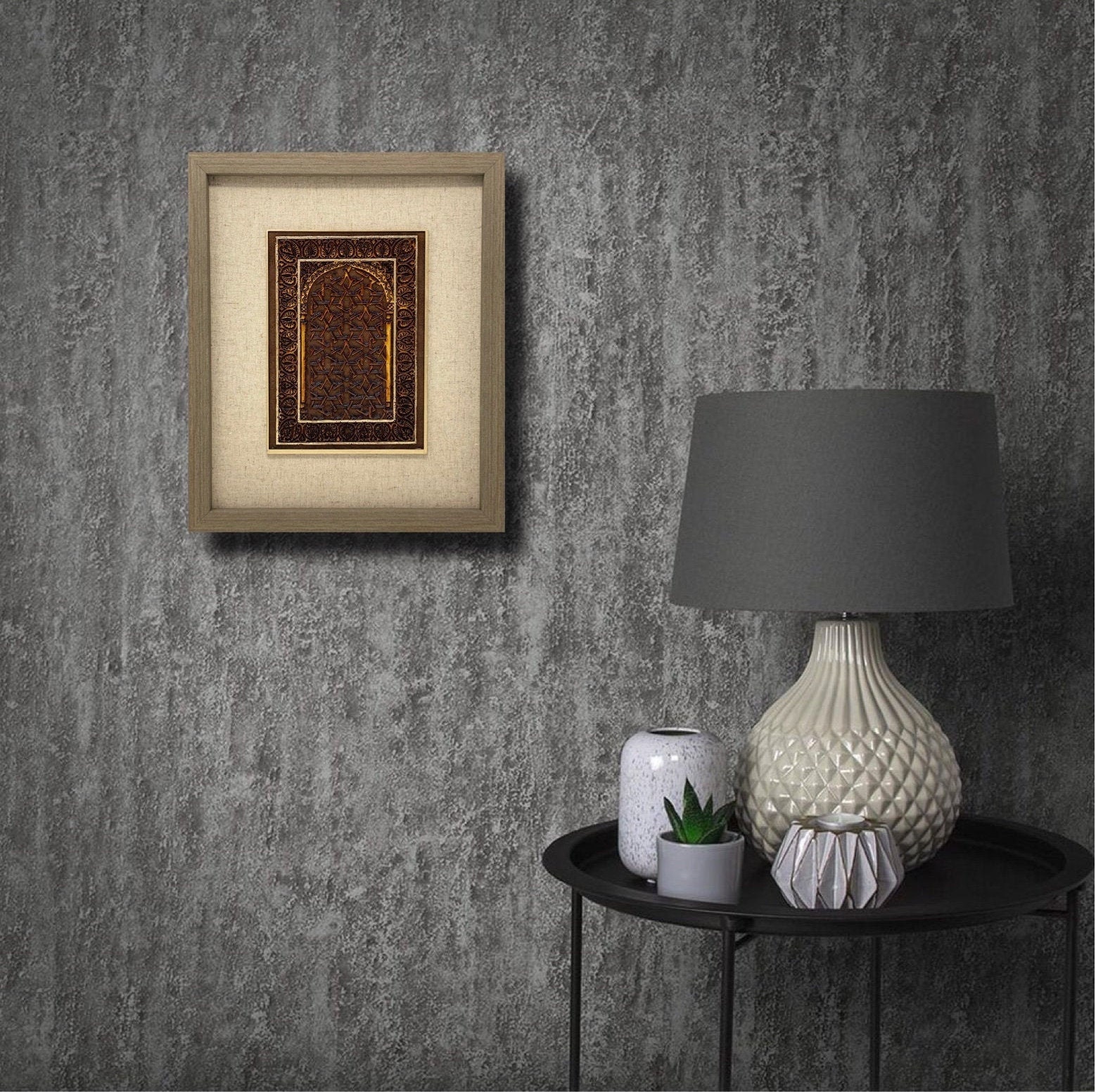 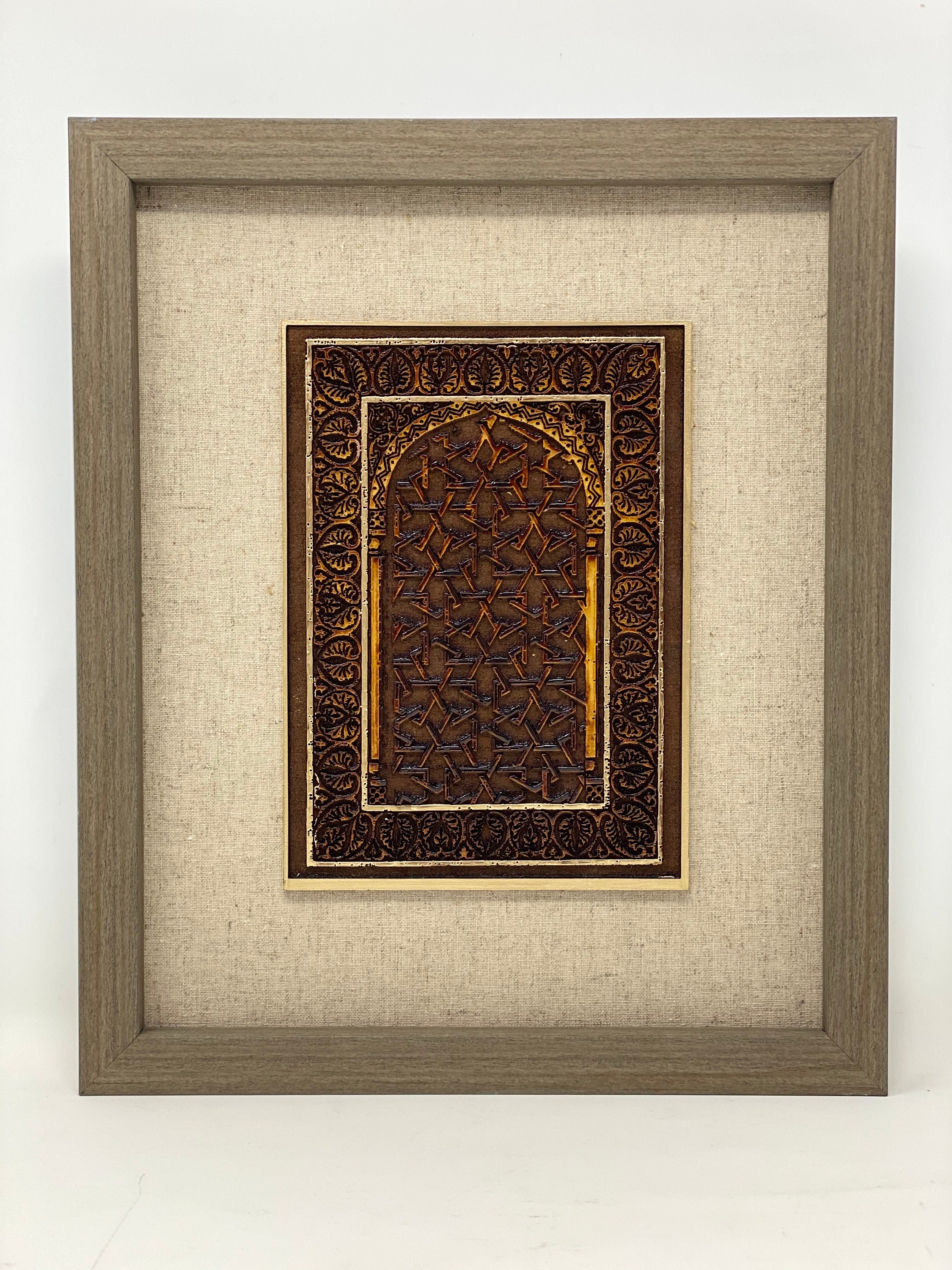 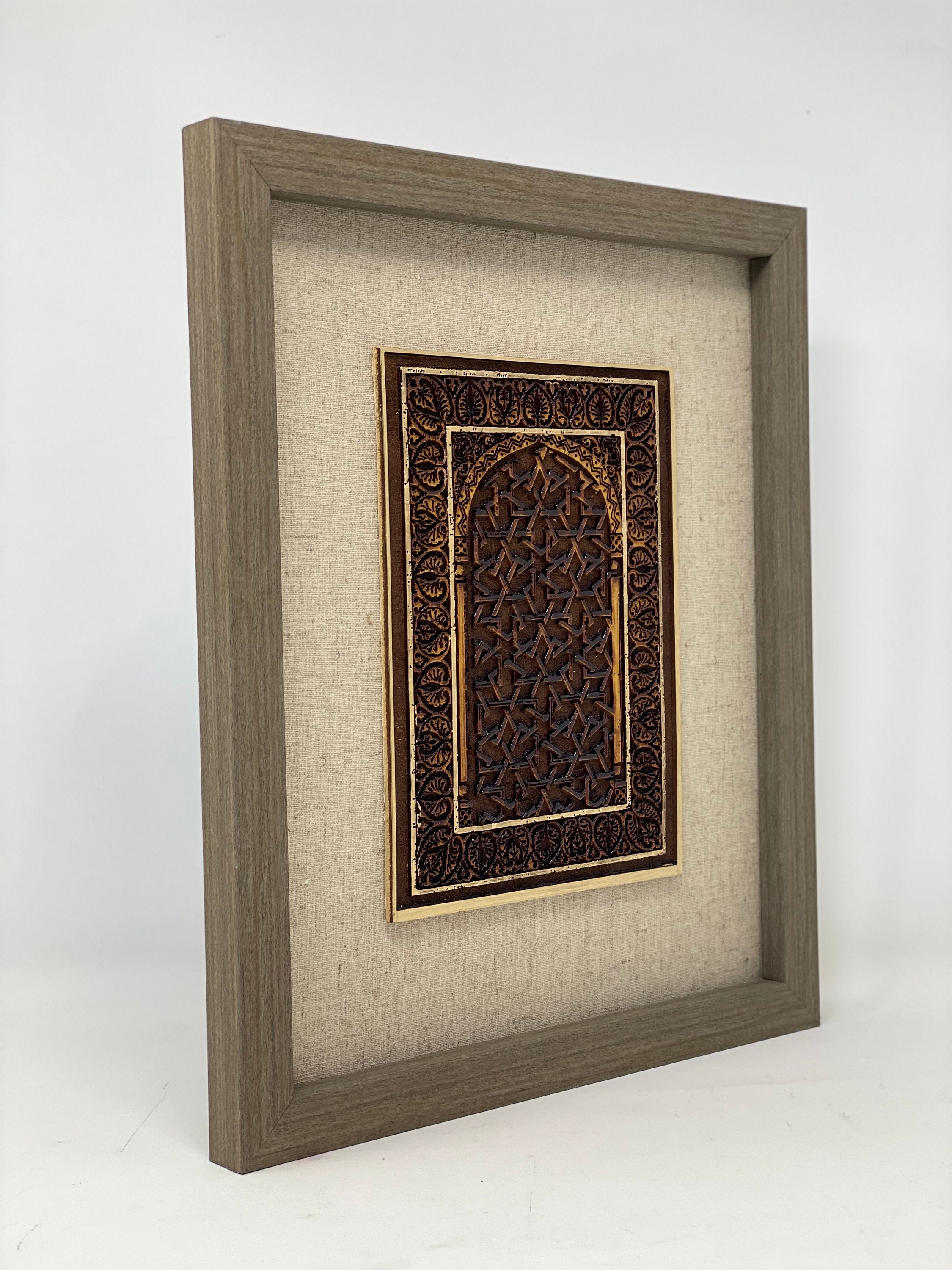 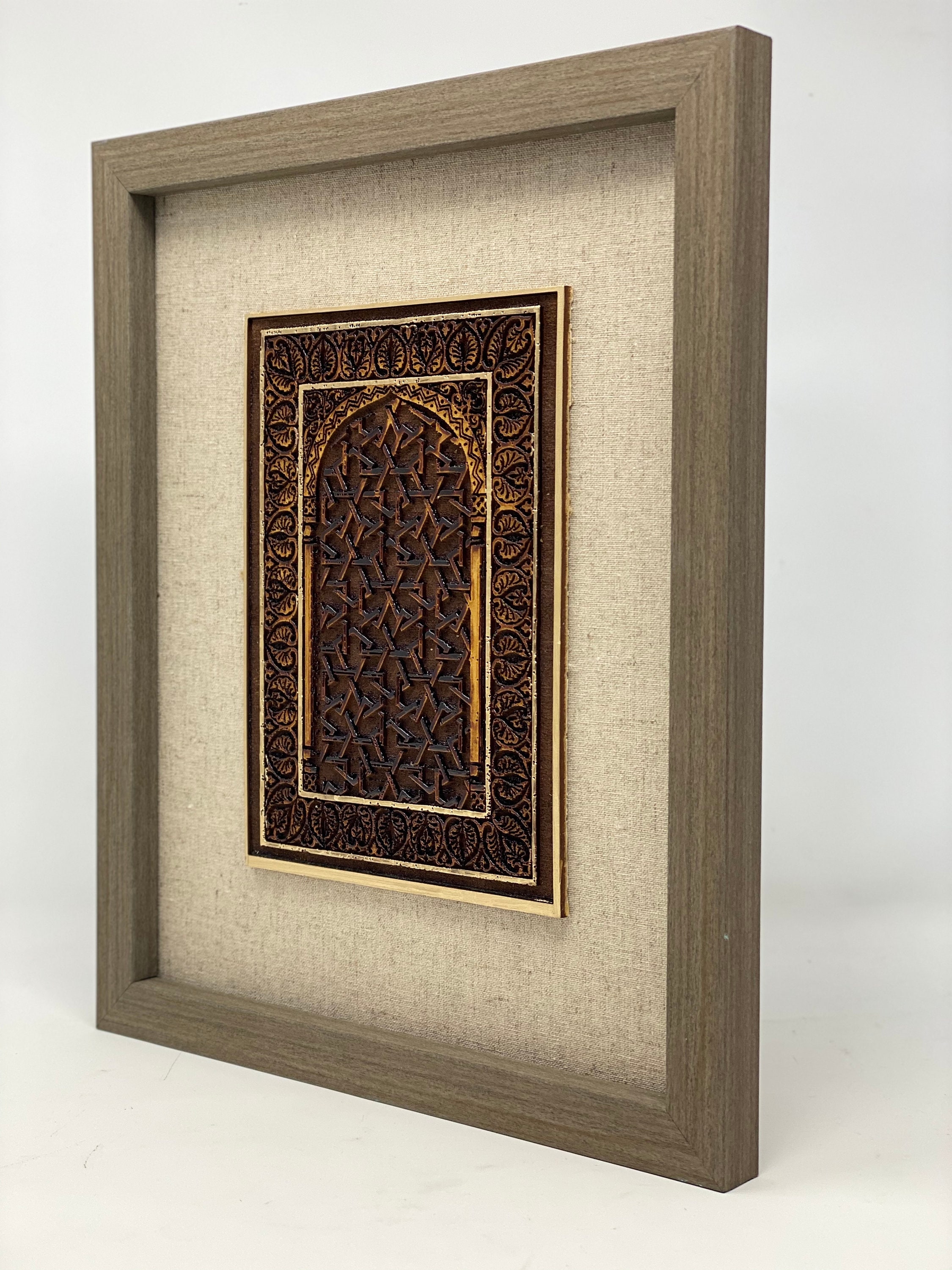 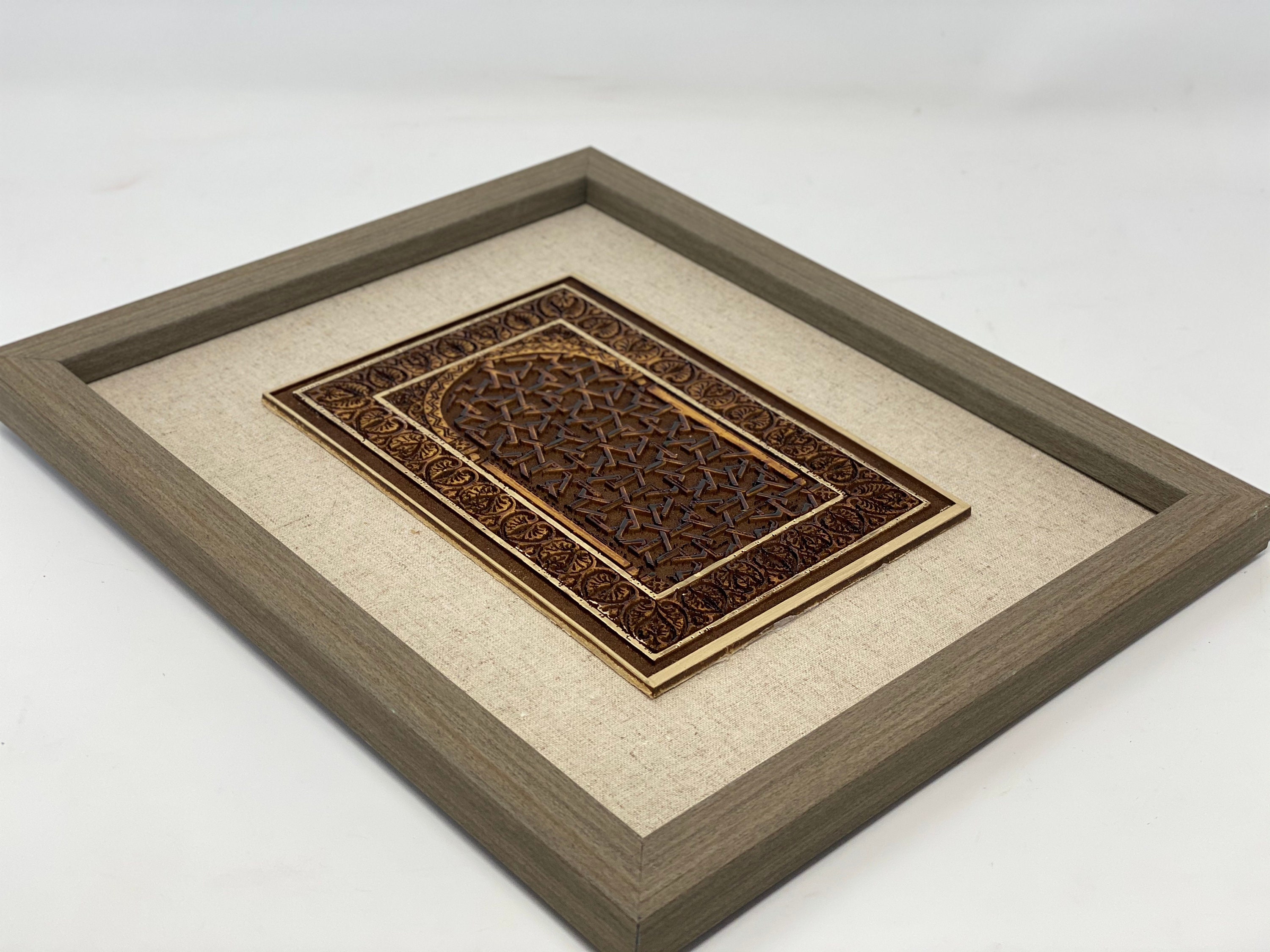 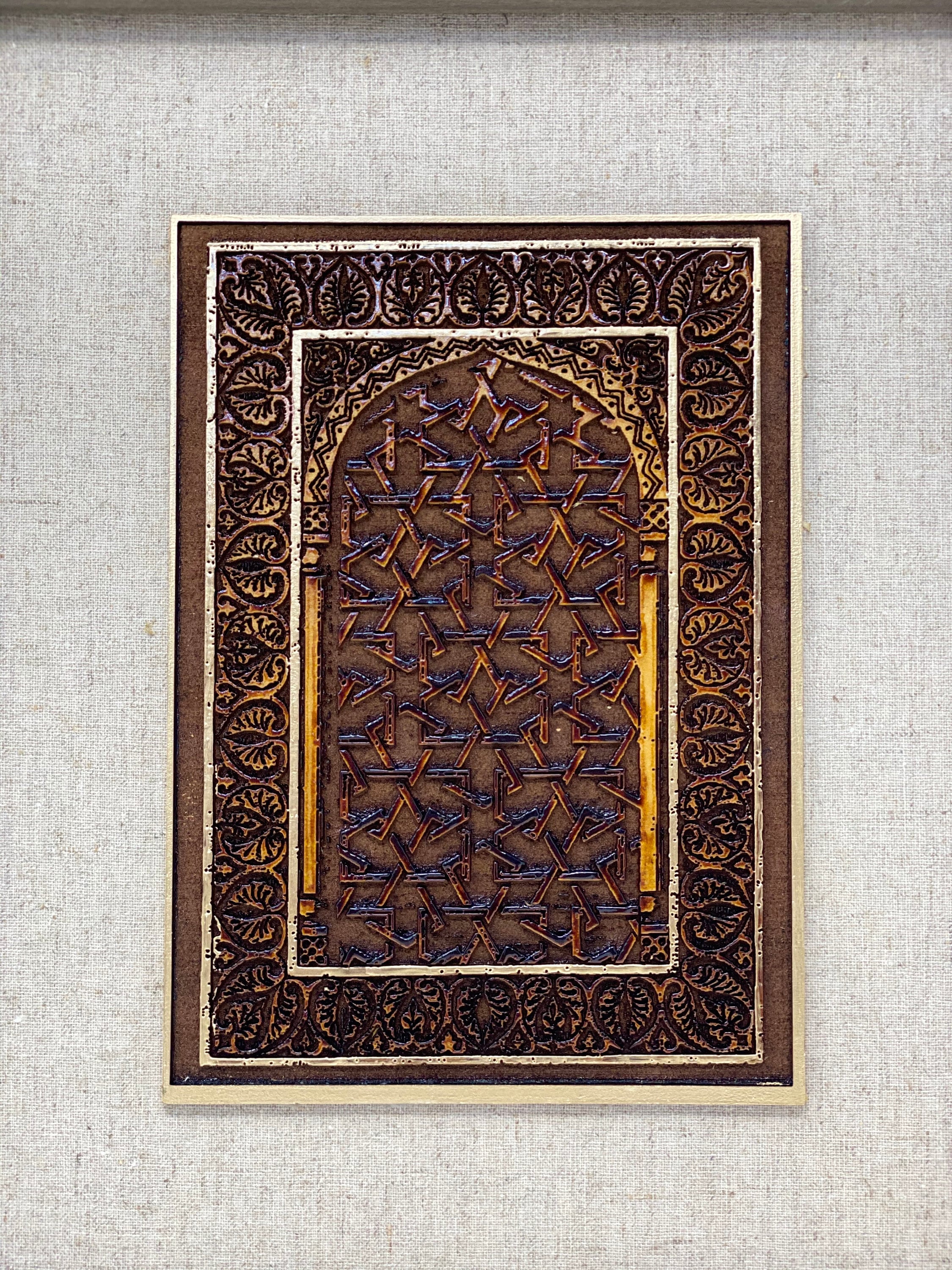 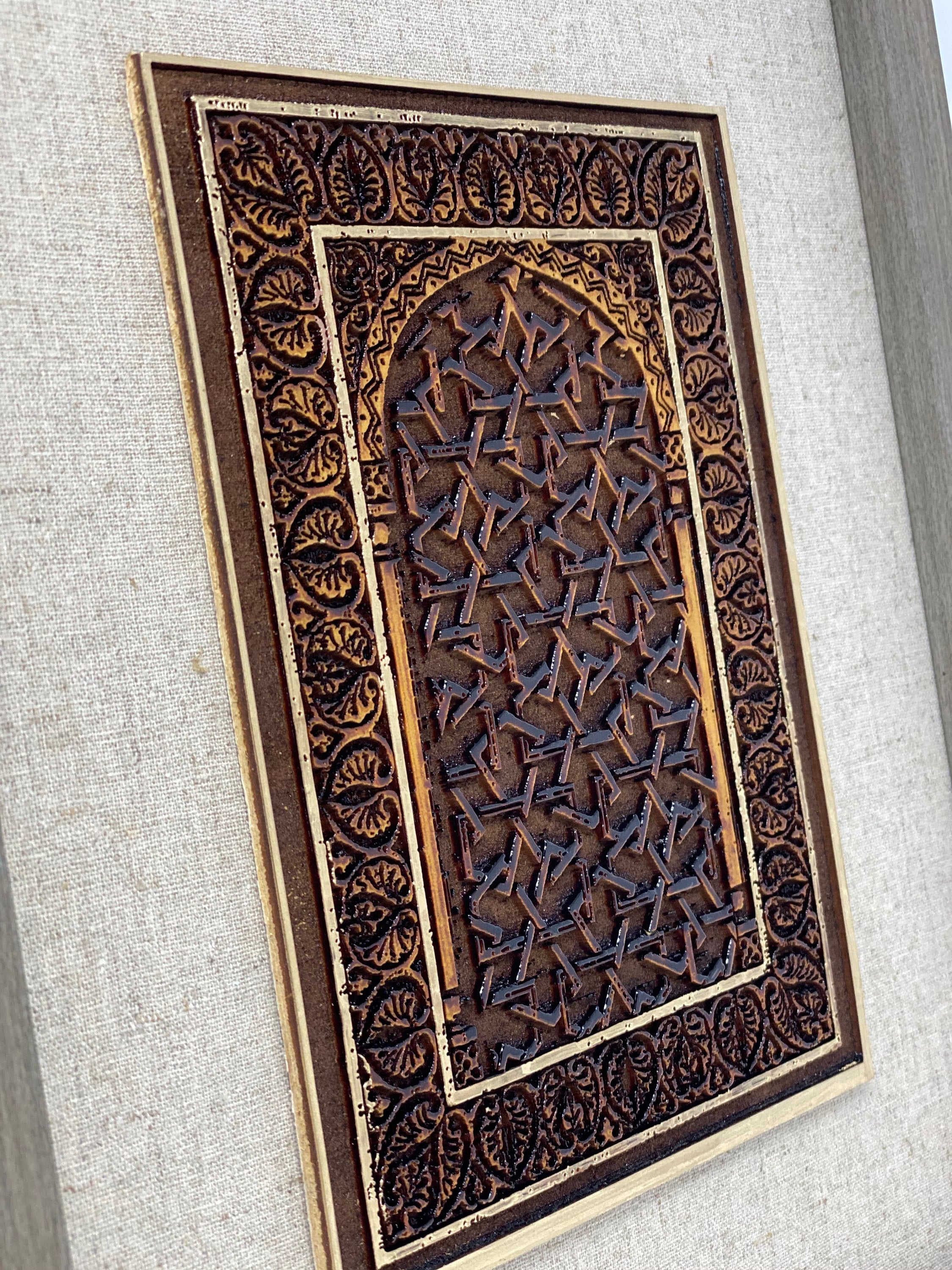 The Amir built a grand mosque in Mamluk Cairo. Most of the mosque was destroyed, several of the carved stucco windows of the mosque survived. This beautiful 5 x7 inch engraved wood artwork depicts one of those beautiful medieval Mamluk stucco windows of the 14th century. It is framed in a 8" x 10" wood frame with a canvas mat backing for the artwork.