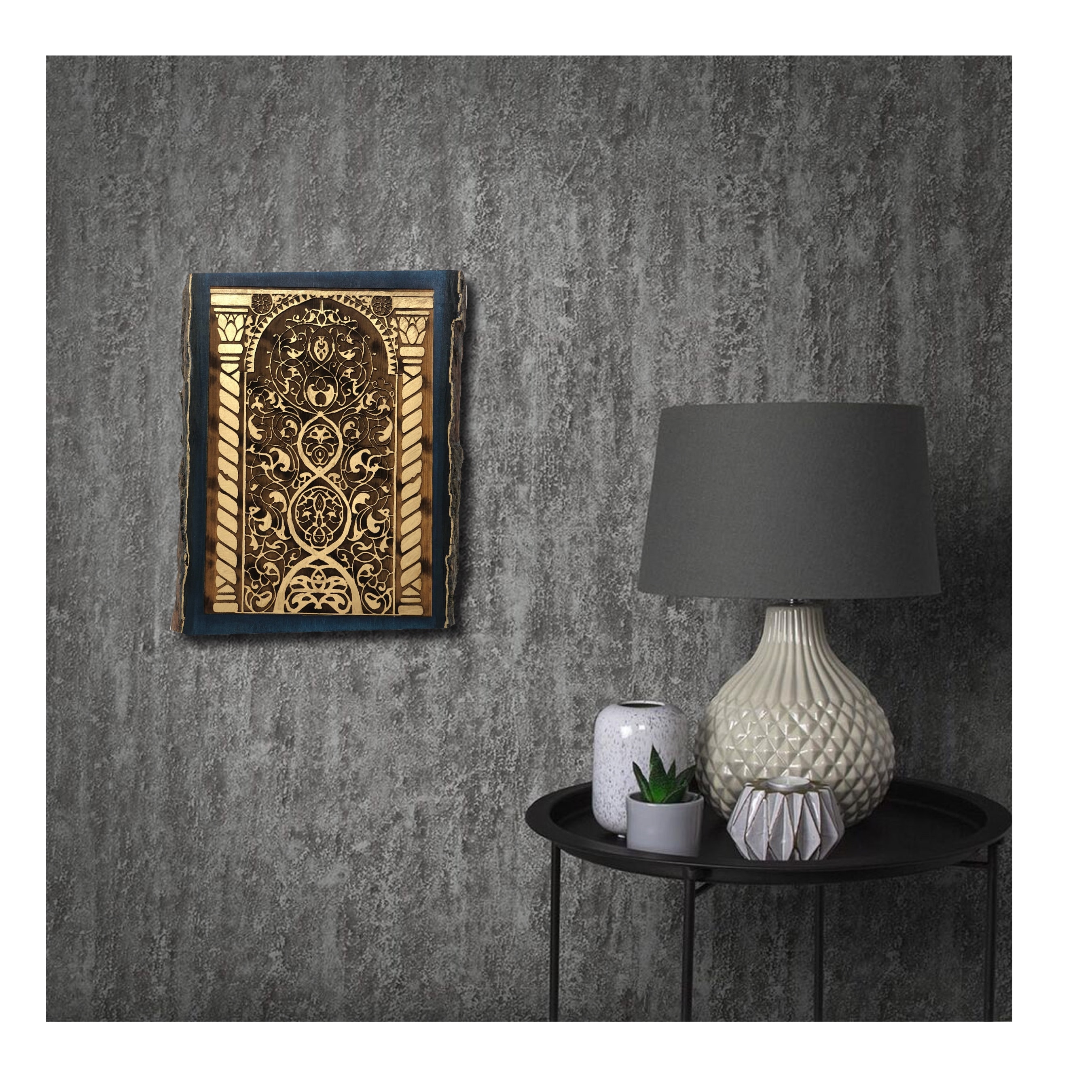 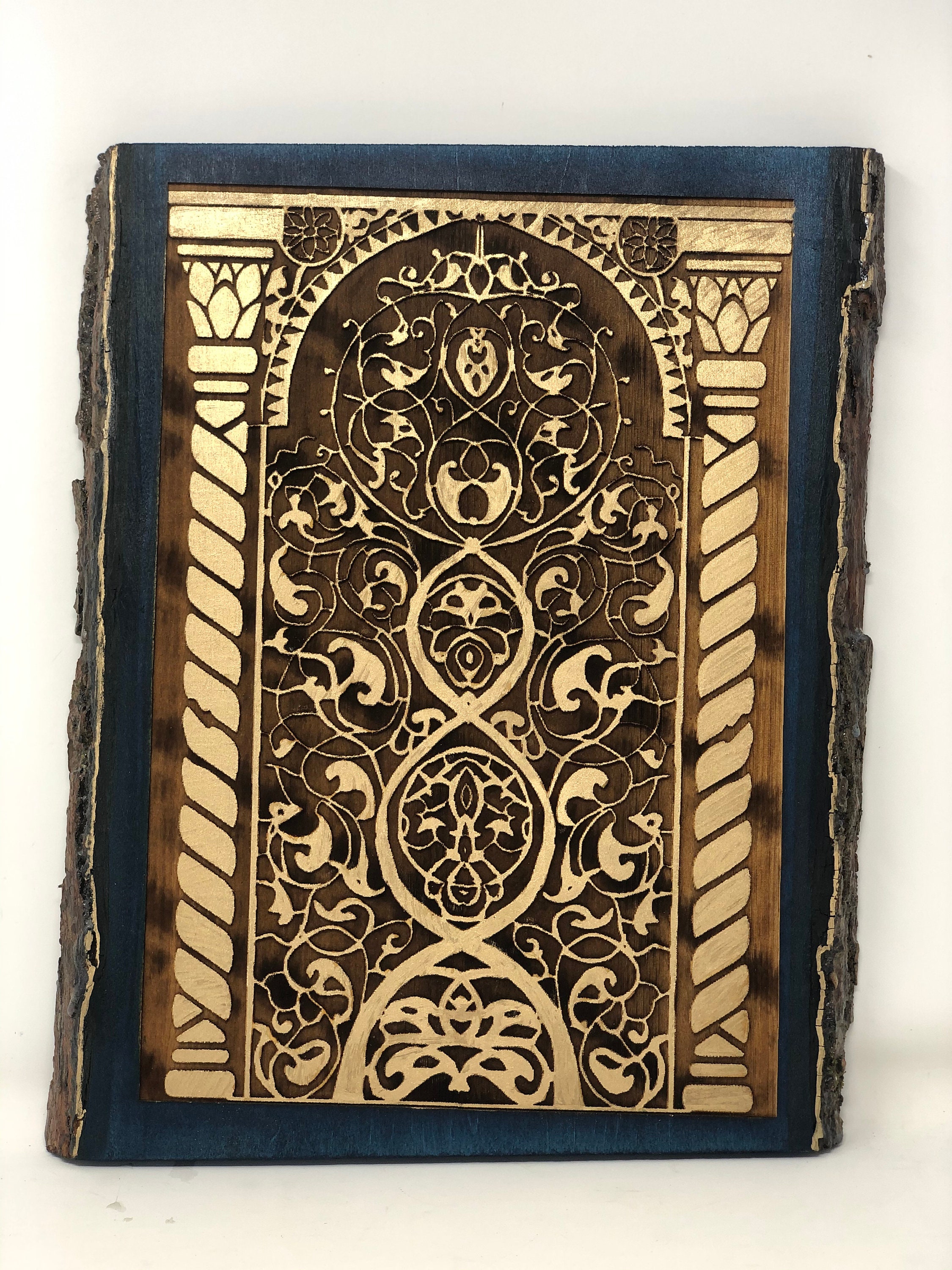 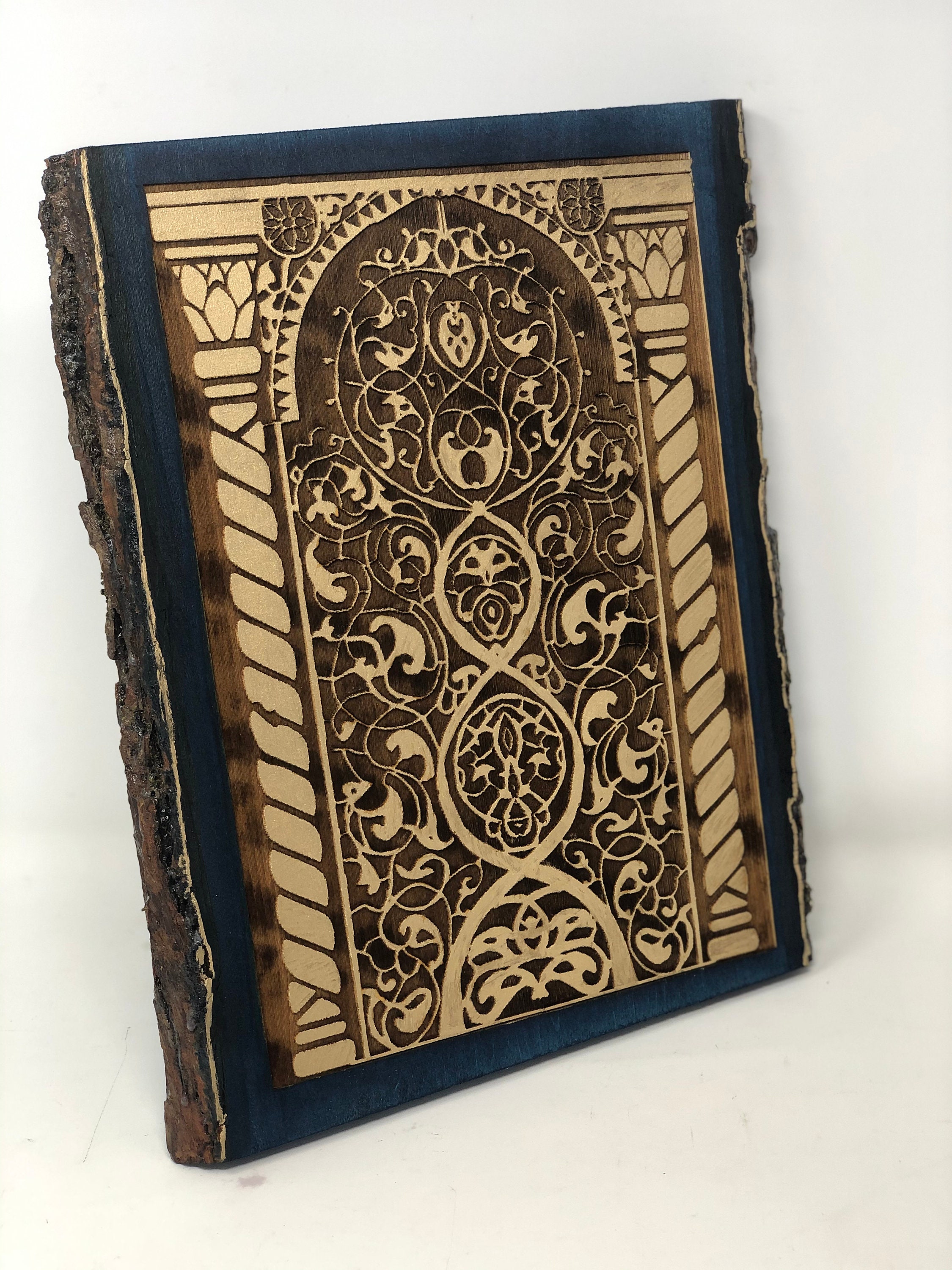 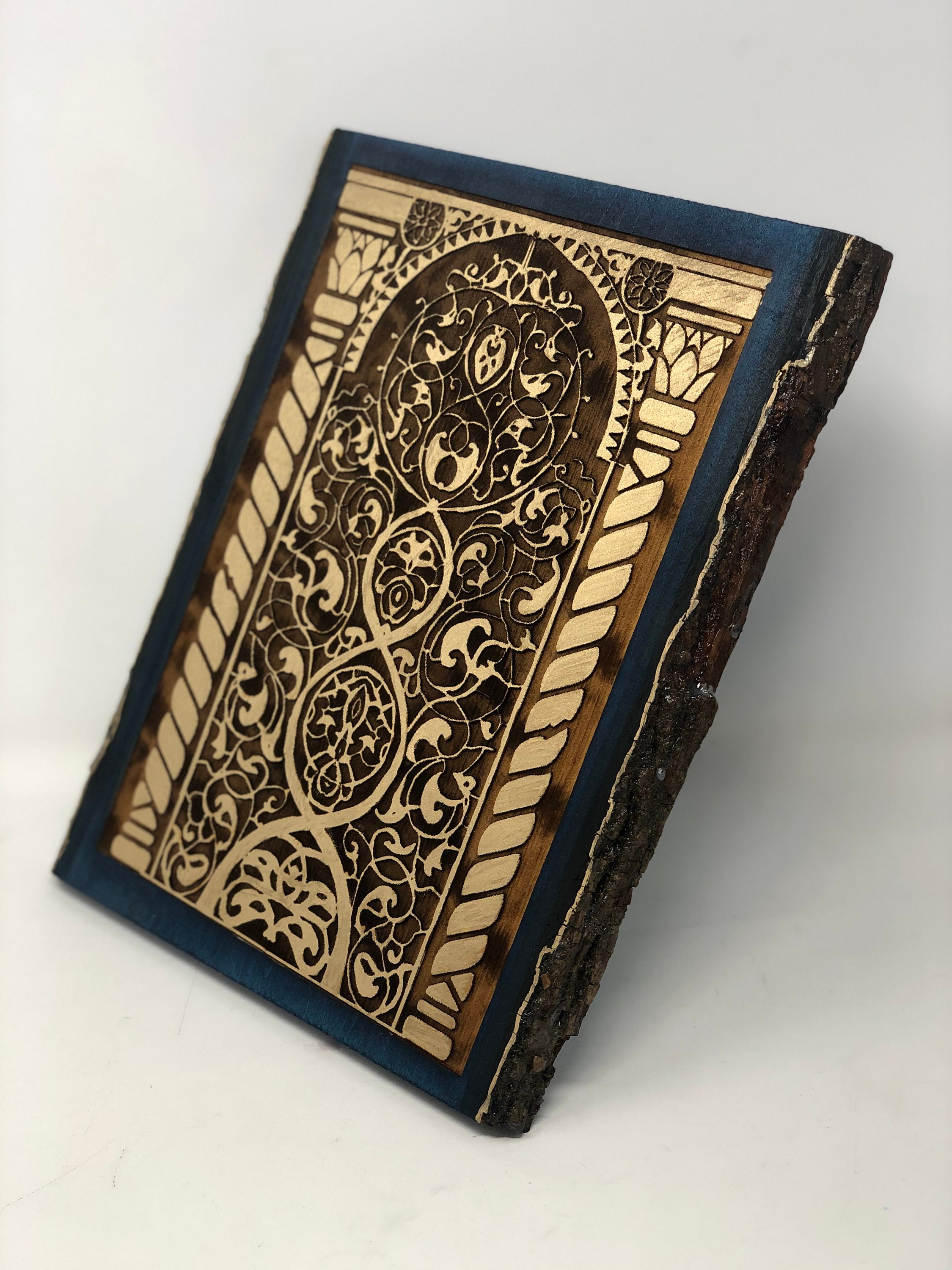 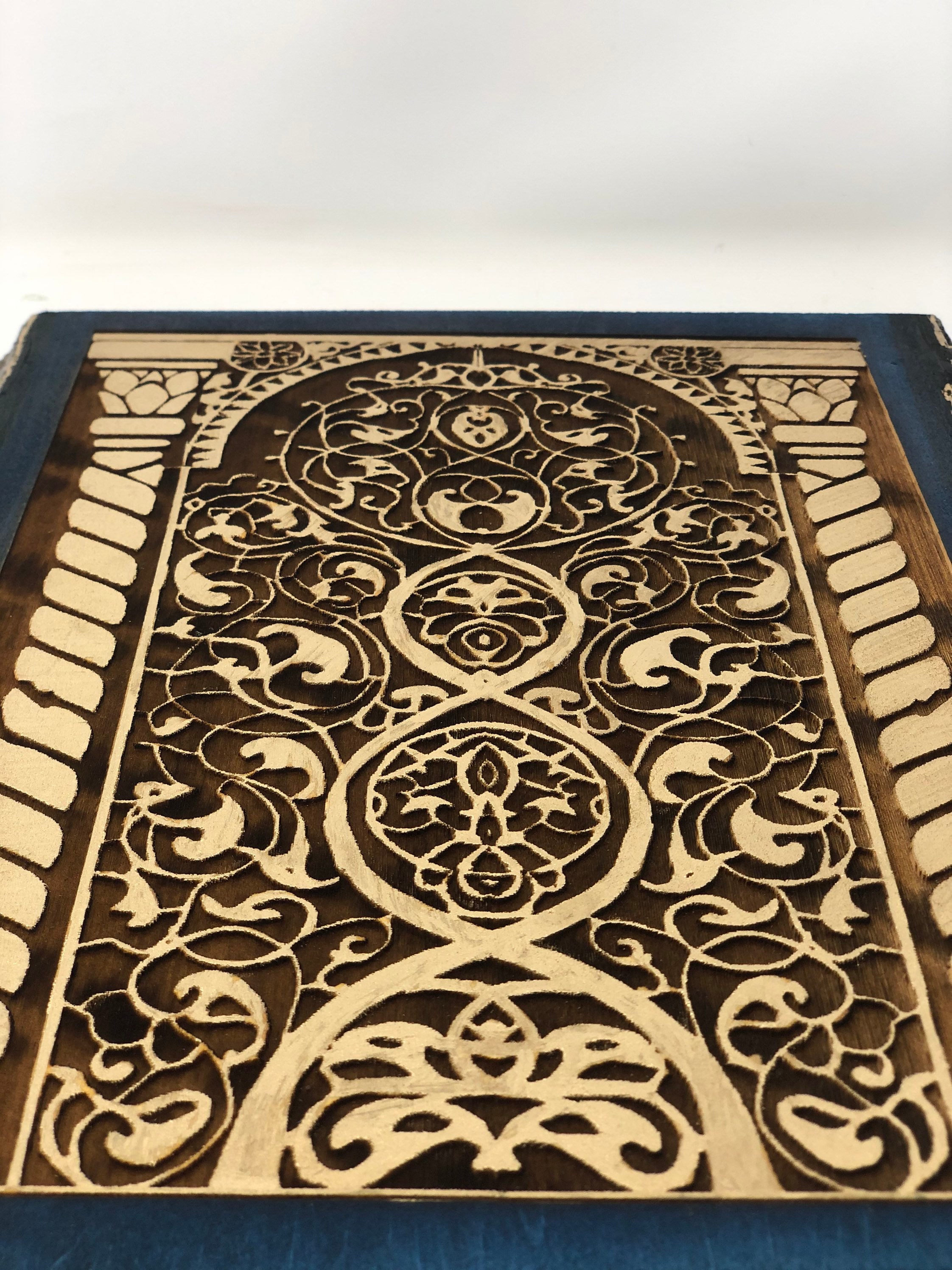 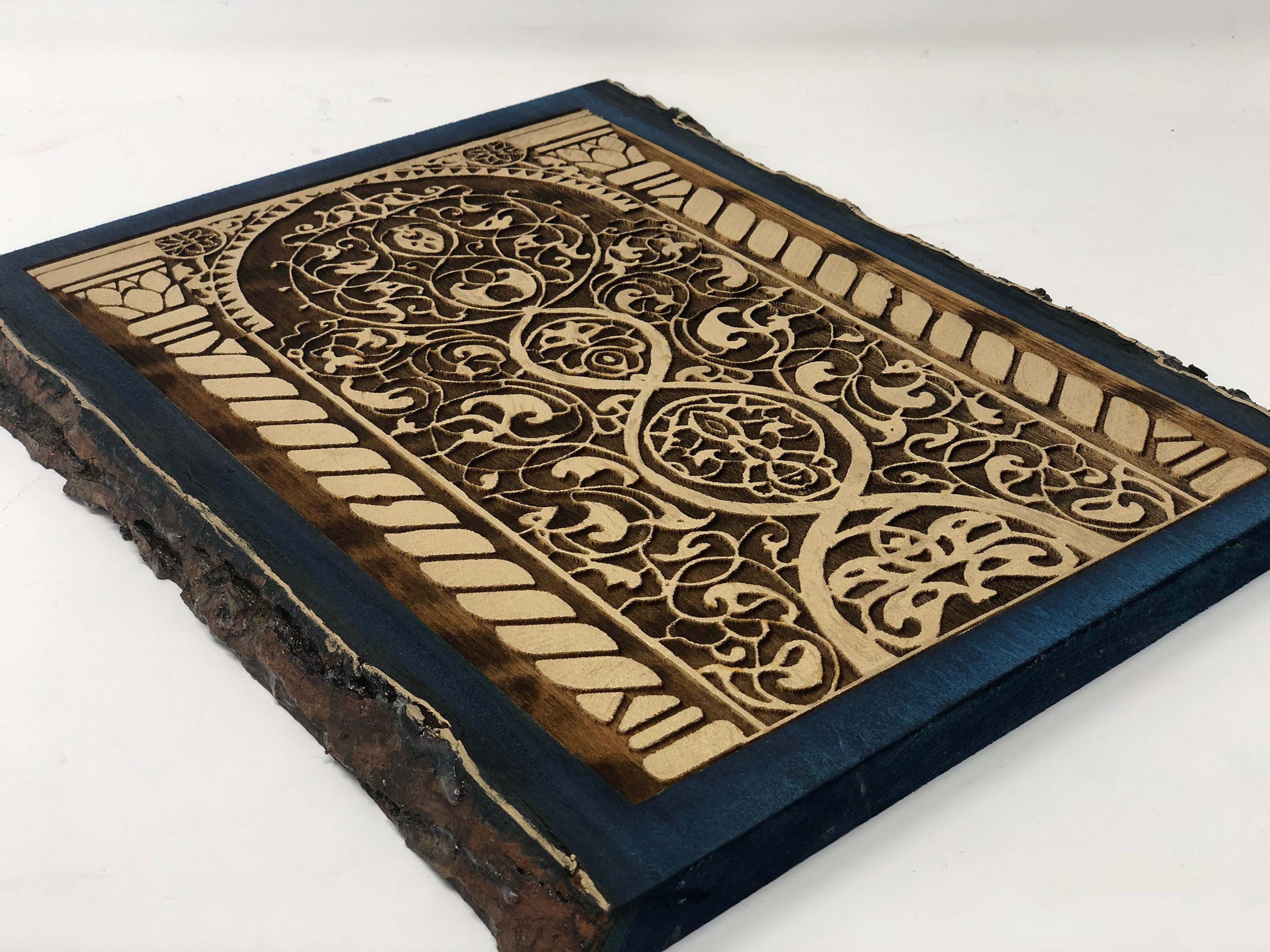 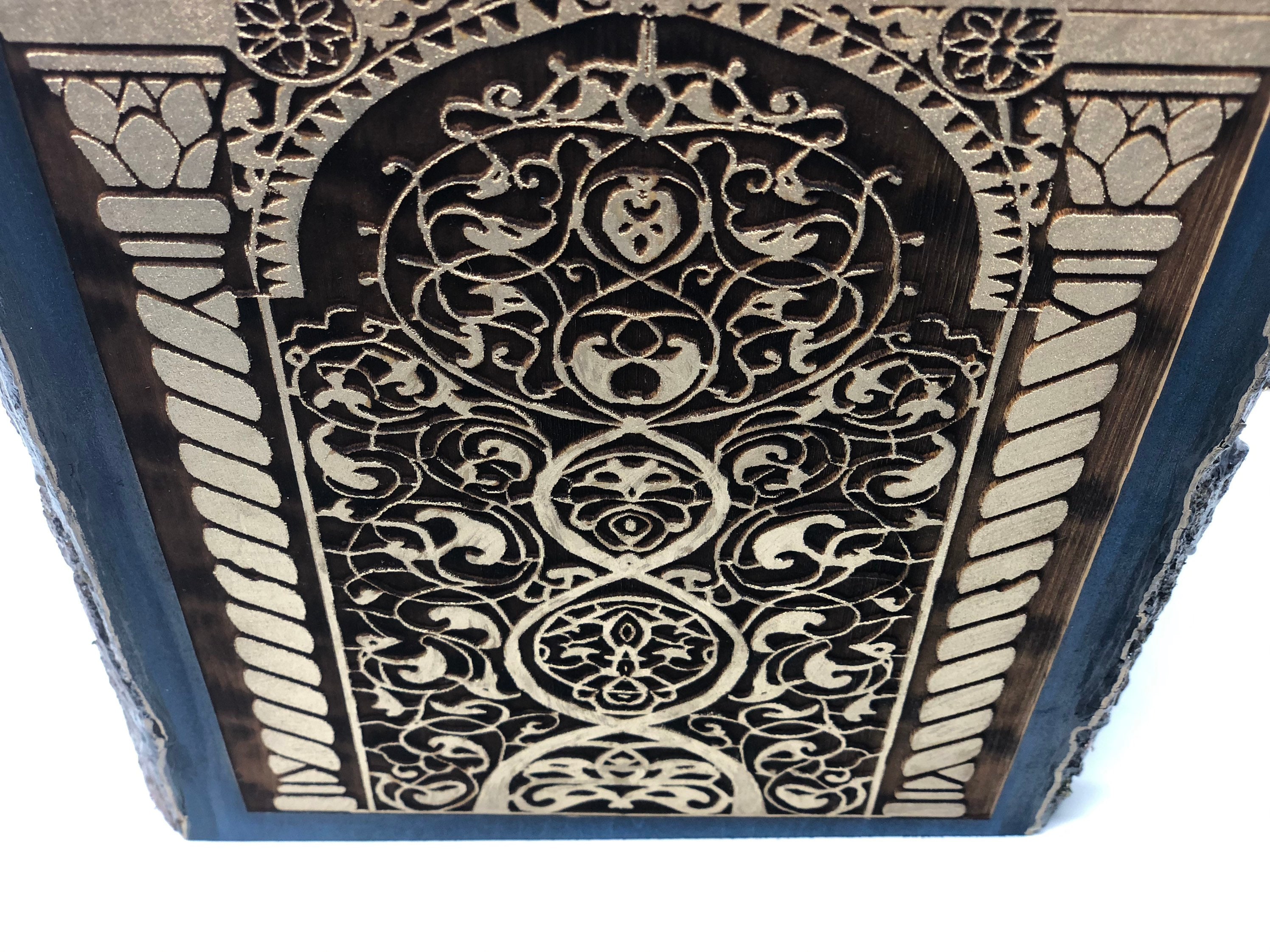 Champaner is a historical site in Gujarat India which was founded in the 8th century C.E. by the Chavda Dynasty. The city and its overlooking Pavagadh fort was later ruled by Rajputs in the Middle Ages. After the formation of the Gujarat Sultanate, the city was conquered by the Sultan of Gujarat, Mahmud Begada, between 1482 - 1484. For the next 23 years Mahmud continued renovating this city and brining in local artisans to create a wonderful architectural program of civic and religious buildings. This beautiful medieval city and its architecture was the source of inspiration for your design.

In making this beautiful rustic yet elegant basswood wall hanging, we looked towards the arabesque and Indic art elements which Mahmud brought into the city and especially the Jama Mosque which he constructed as a source and inspiration for the design. Mahmud brought in all local artisans from the neighboring region to complete his vision. He hired both Muslim and Jain artisans to execute the design elements he wished to portray and the magnanimity he aimed to display in his buildings. The artisans used arabesque techniques as well as age old Hindu and Jain religious motifs for which they were already masters. this means that the 15th century city of Champaner houses some of the most interesting Indic, Jain, Hindu, and Muslim fused design elements, making the city very multicultural and bearing a unique Indian identity.

The design you see engraved in this wooden basswood plaque is a mihrab style niche design with arabesque foliage. This design was inspired by a carving on the entry tower of the Jama mosque. The foliage design represents a tree of life, an ancient motif symbolizing life and prosperity. Many cultures in the Near East have employed tree of life designs in their art and architecture. This beautiful home decor wooden wall art is a testimony to a rich Indian tradition and fusion of cultures brought by Arabs, Persians, and commingled with an already ancient and rich Indic culture in the subcontinent. We also hope it sparks a little bit of interest in you for this historically and culturally rich time period.