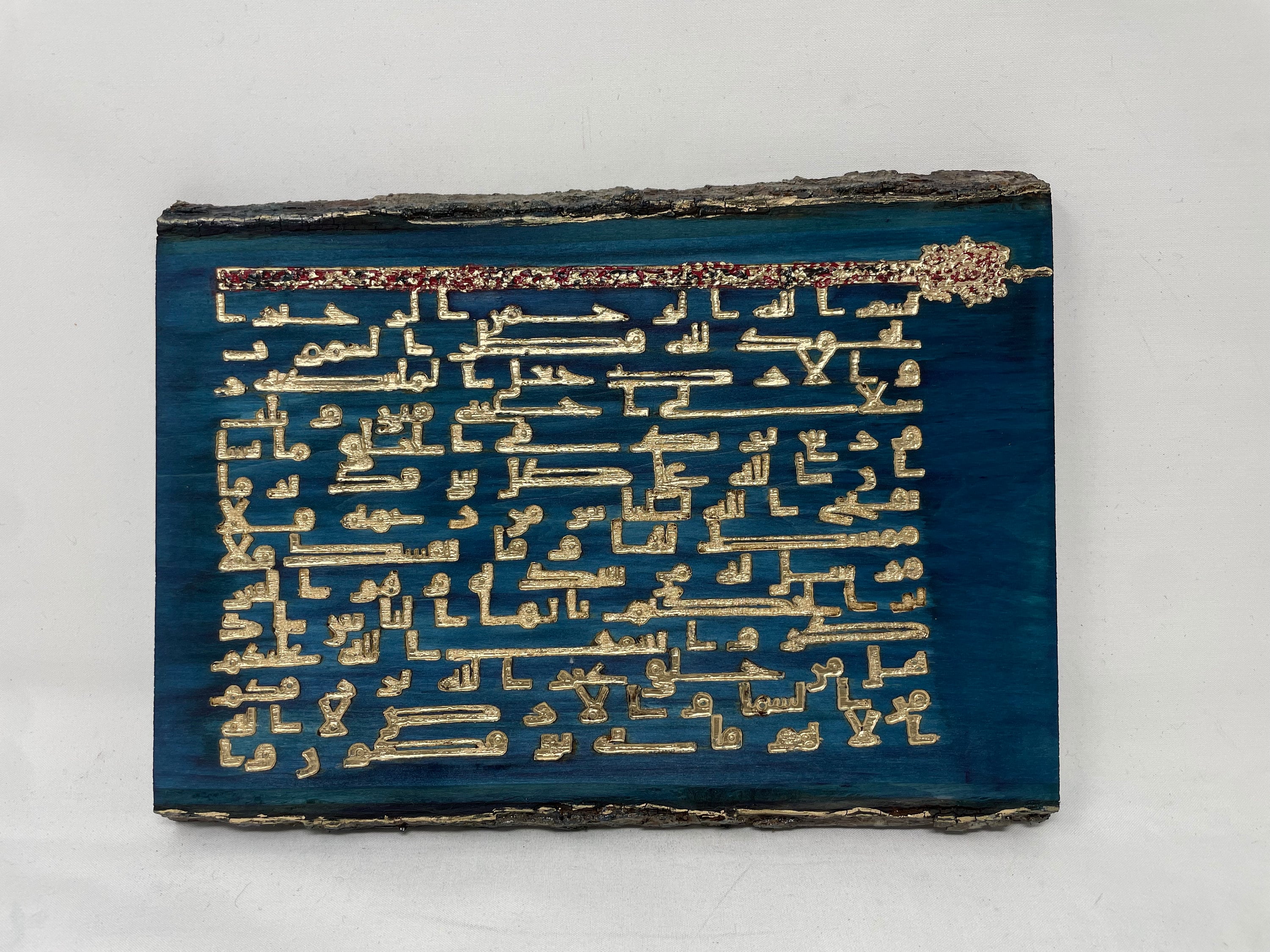 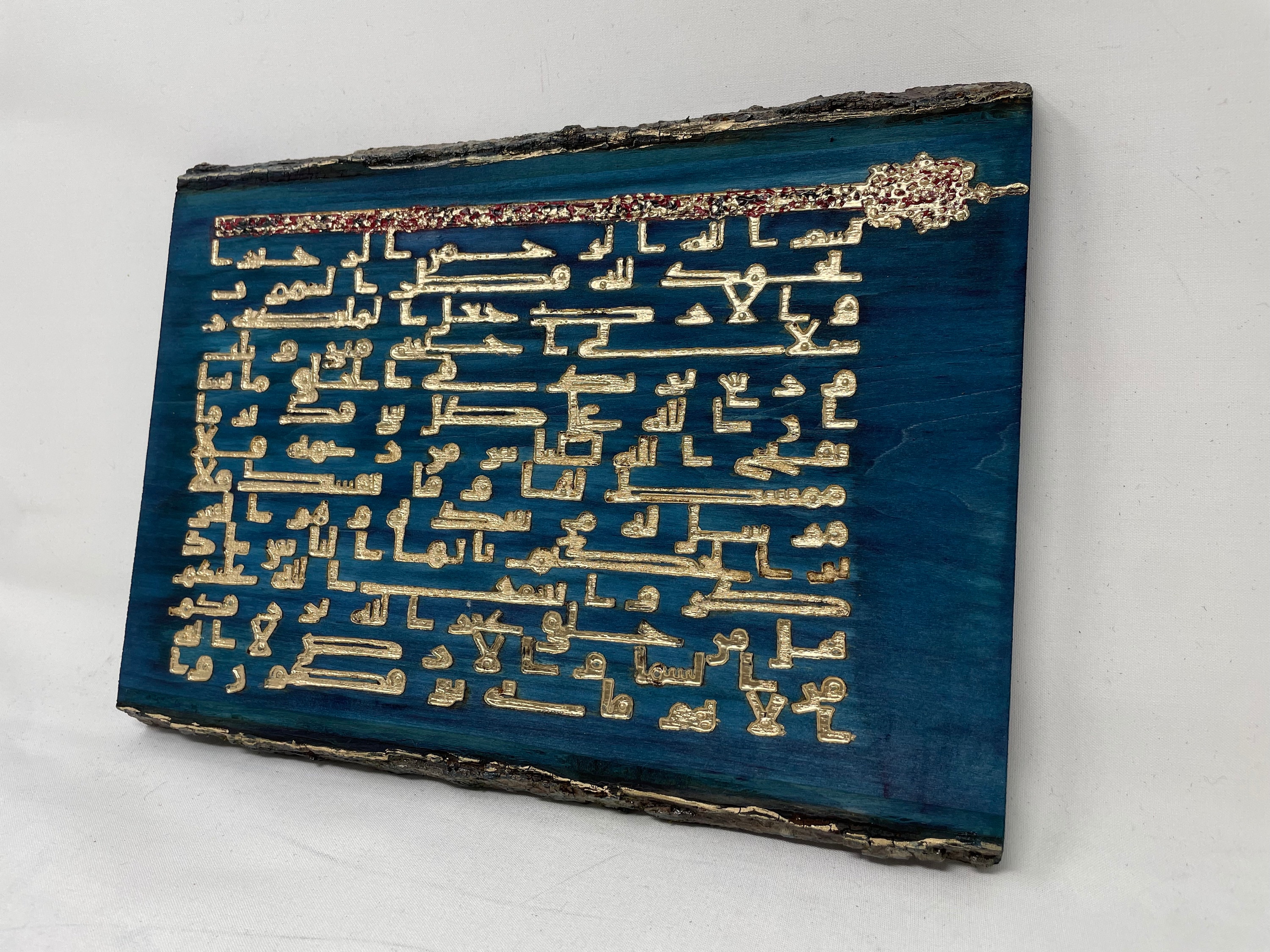 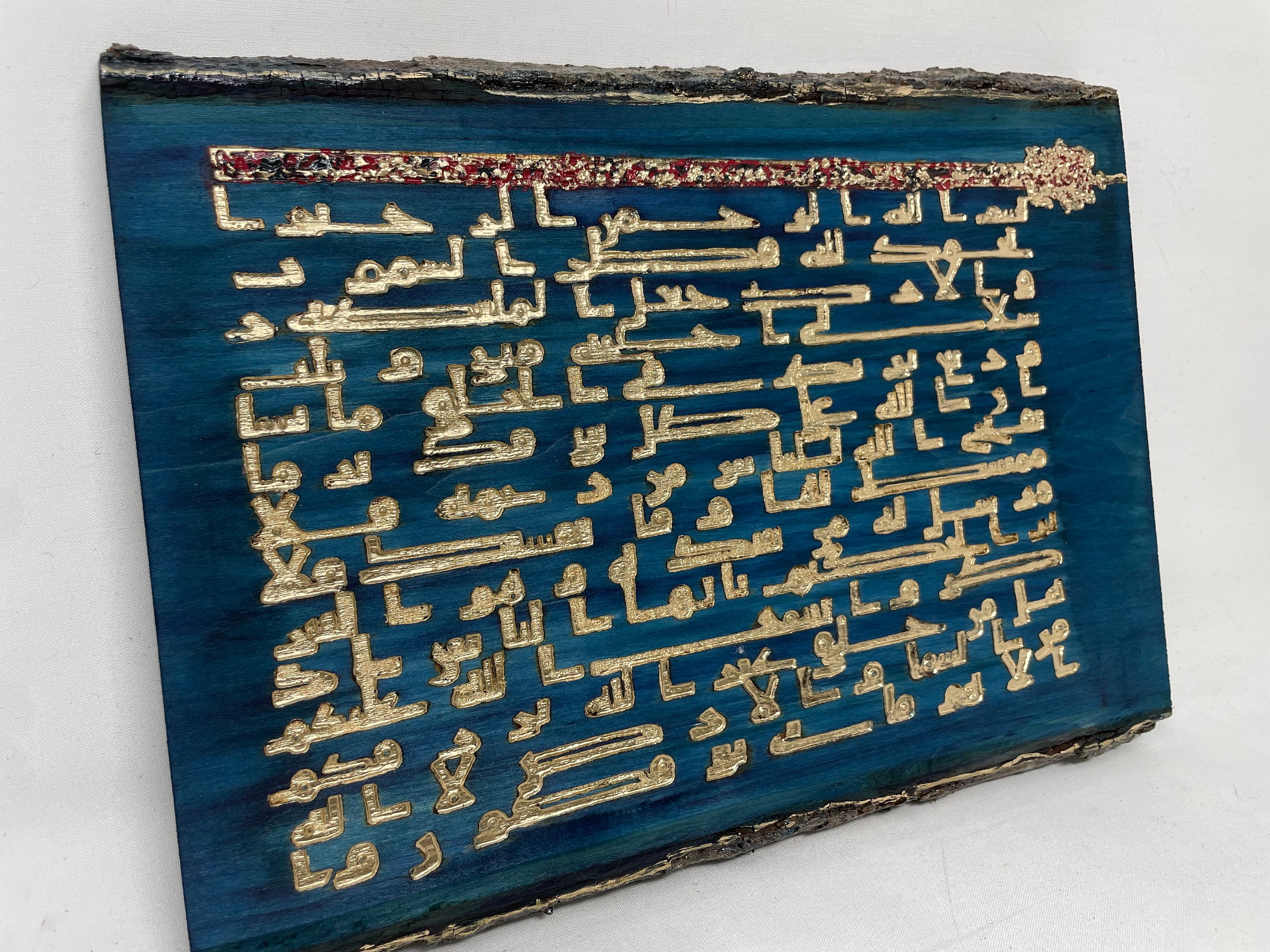 The Blue Quran is perhaps one of the most beautiful manuscripts from the Middle Ages. The entire Quran was produced in North Africa during the Fatimid period. The original Quran was made of parchment which was dyed blue. The entire blue parchment Quran was illuminated in gold ink. The laser engraved basswood plaque with live edge that we have created here at The Arabesque is a work of art in our store that makes us really happy to do what we do. We stained the wood in a custom blue indigo color which attempts to emulate the color of the original medieval parchment which was decorated with beautiful golden ink arabic script. The orignal Kufic handwriting from the original manuscript has been engraved into the surface of the basswood and embellished with tints of gold paint. The surface of this wall hanging has been protected with a clear coating of shellac. It is a unique tribute to the Blue Quran and our way to bring a little piece of history to your world.

The ayats featured here are the beginning verses of Surat al-Fatir. They translate as follows: “All praise is for Allah, the Originator of the heavens and the earth, Who made angels ˹as His˺ messengers with wings—two, three, or four. He increases in creation whatever He wills. Surely Allah is Most Capable of everything.”

This was beautiful. We gifted it to someone else. They showed it to us. So happy we found the The Arabesque shop.

Mashallah, a beautiful and unique piece!

Love this product - would recommend . It’s so elegant and intricate yet beautifully simple at the same time .