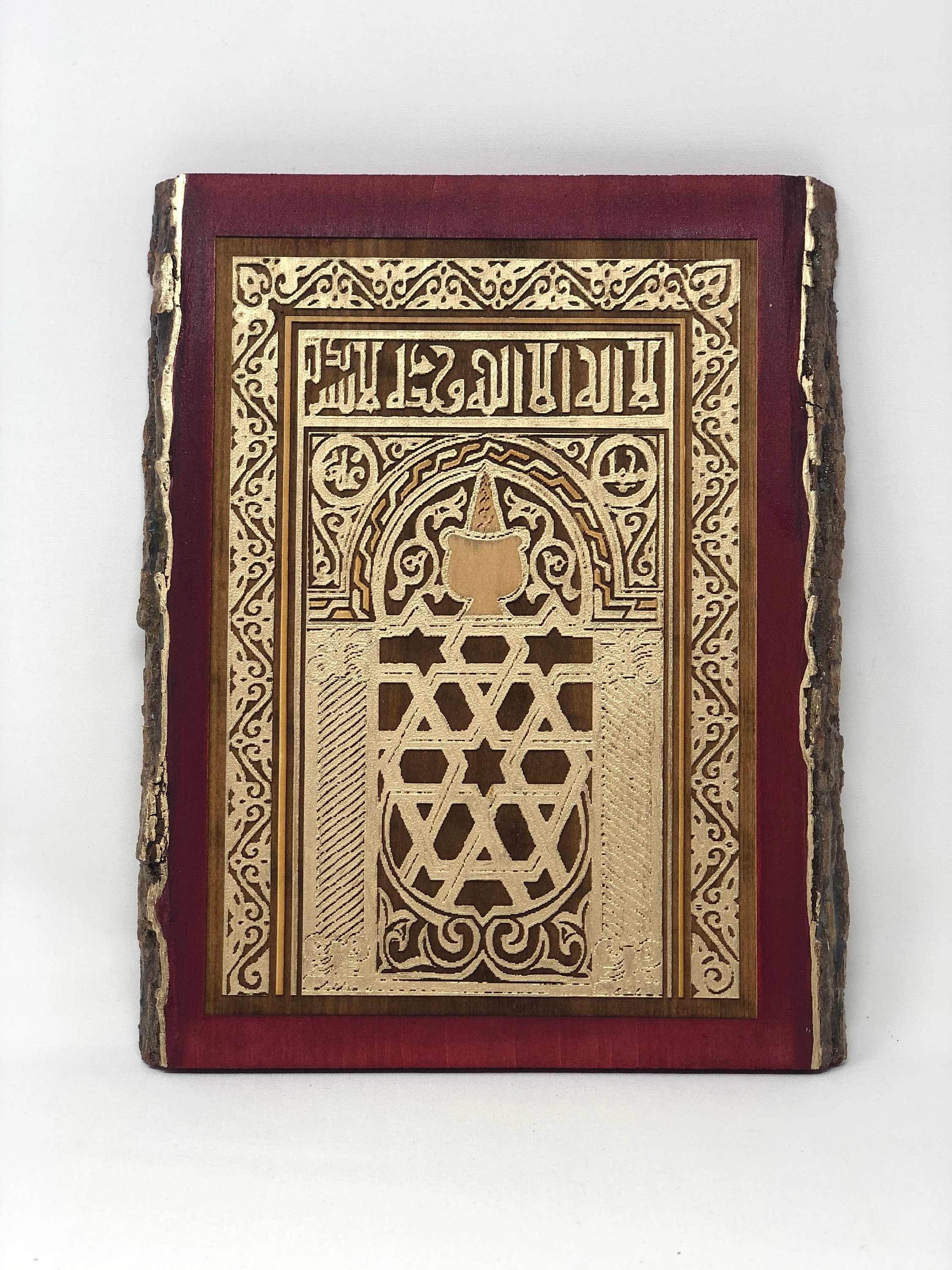 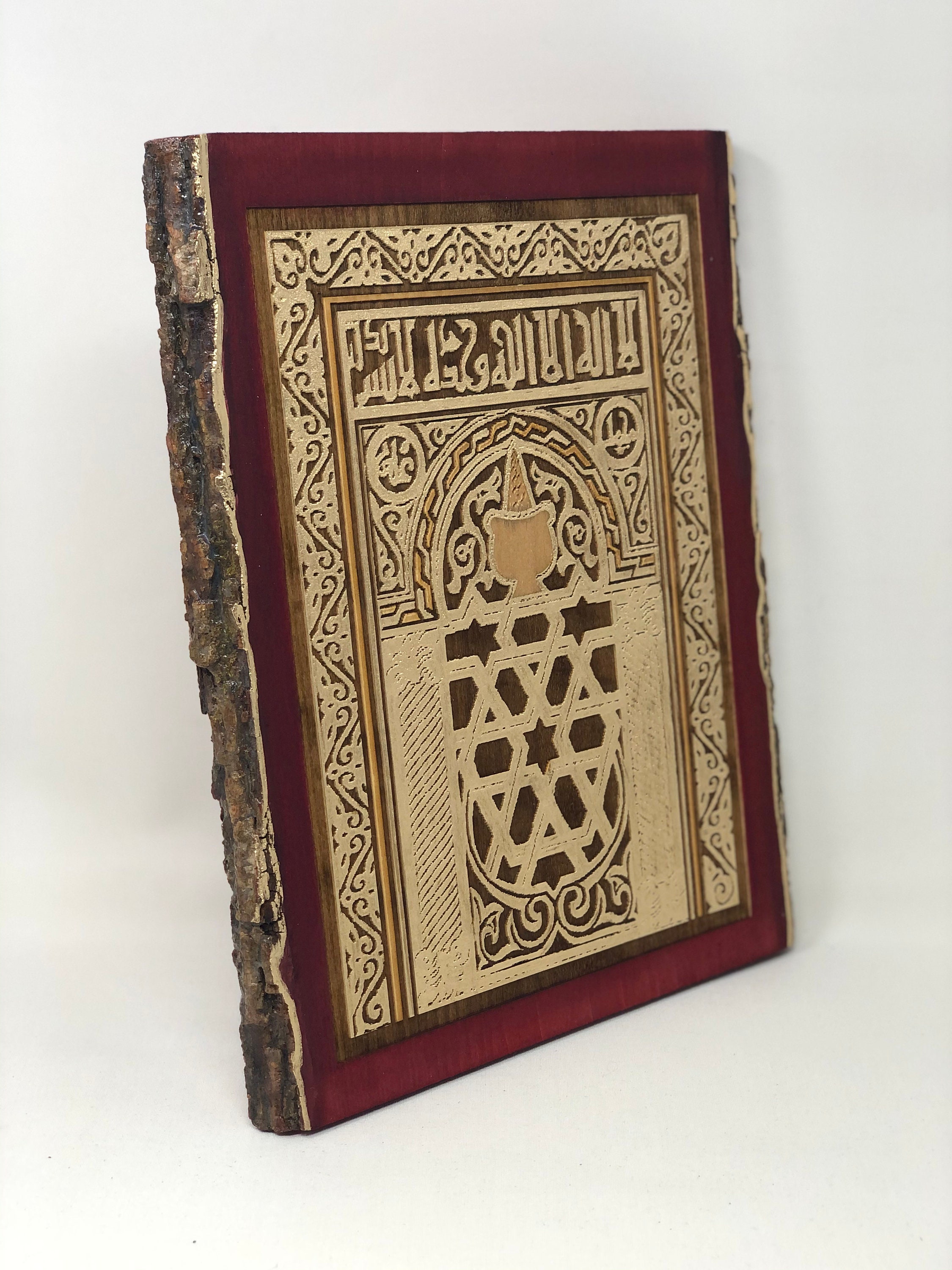 This wall hanging has been finished in an indigo stain and gold leaf paint. It measures 13 inches in height and 10 inches in width.