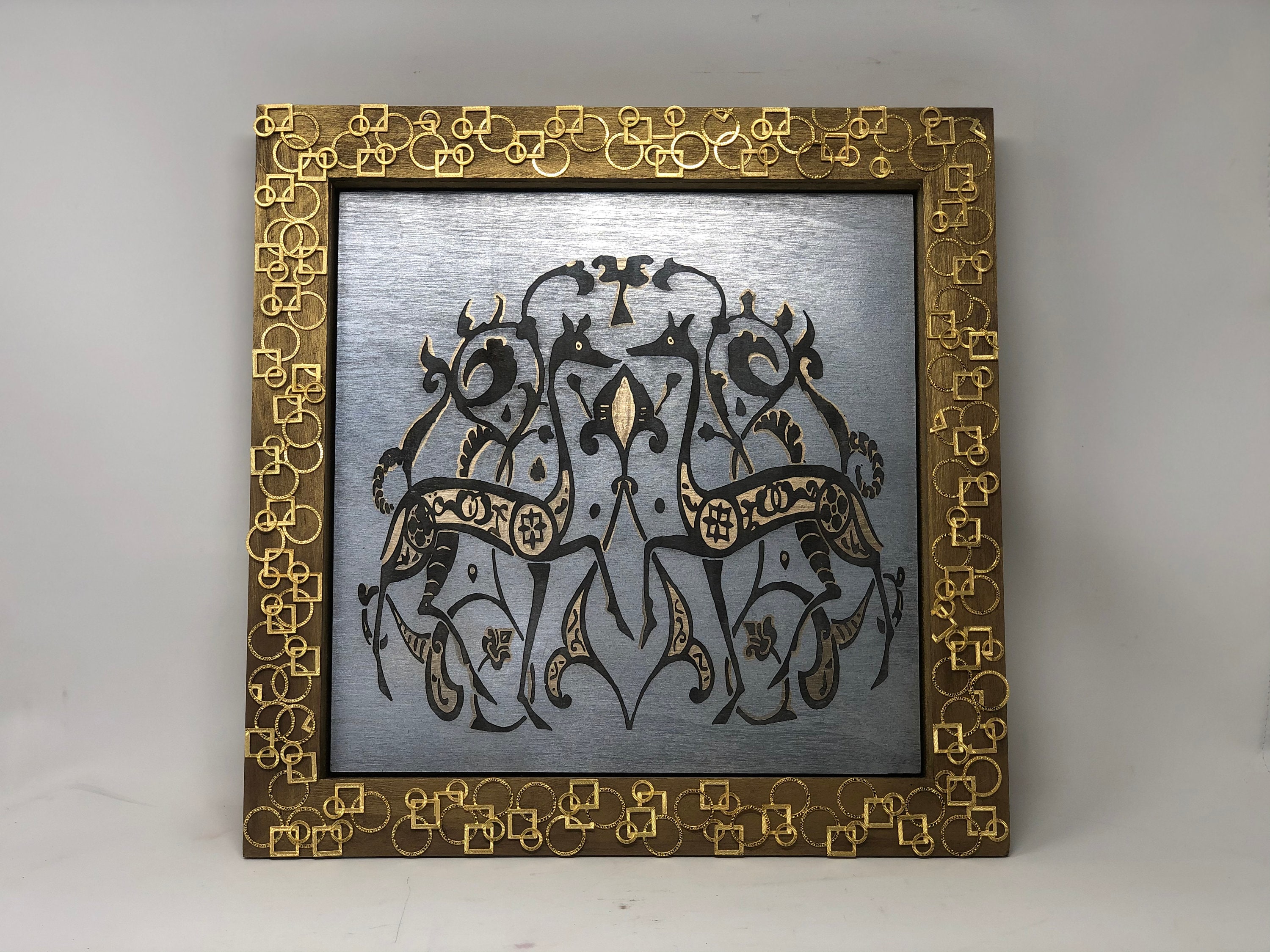 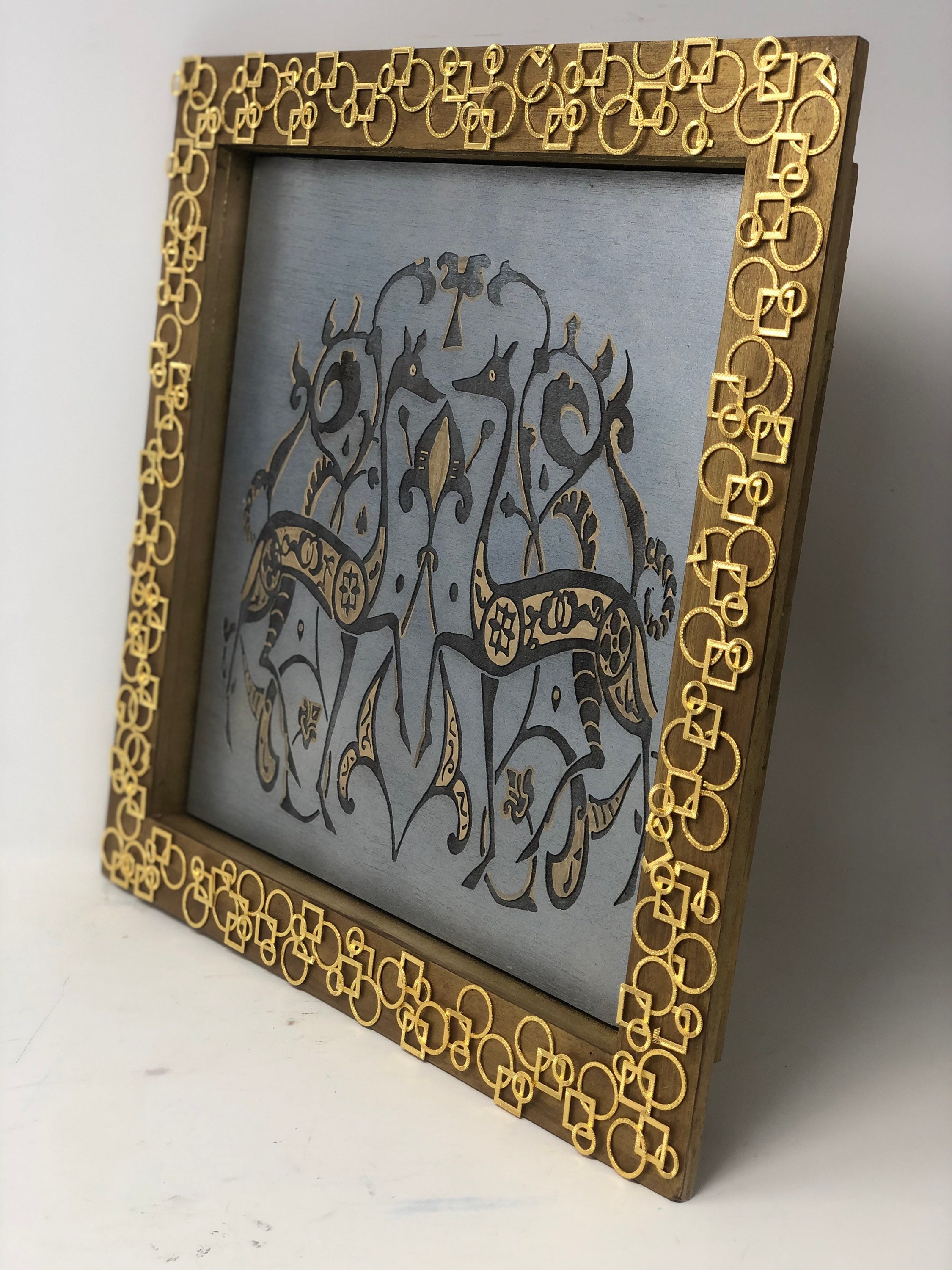 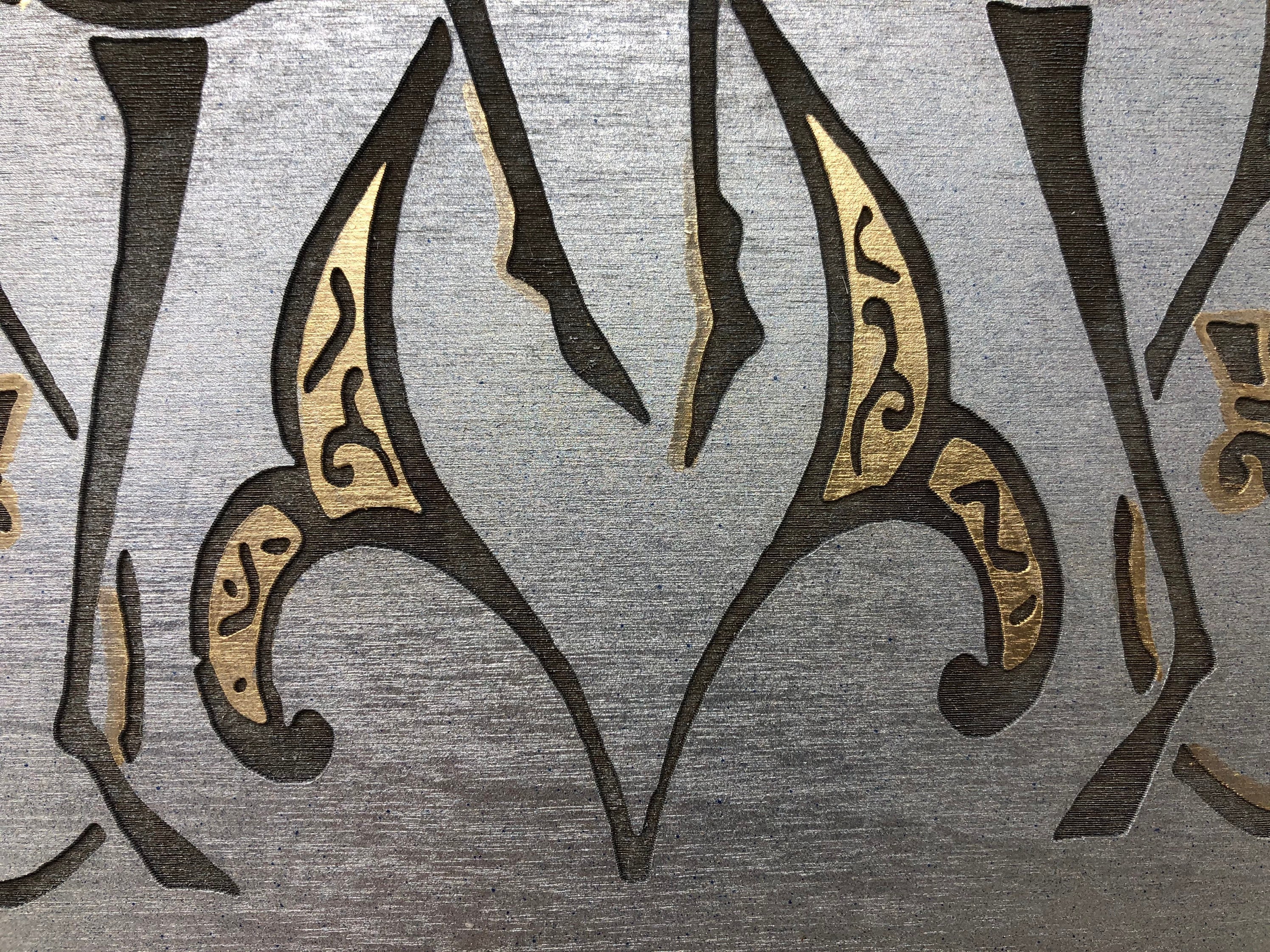 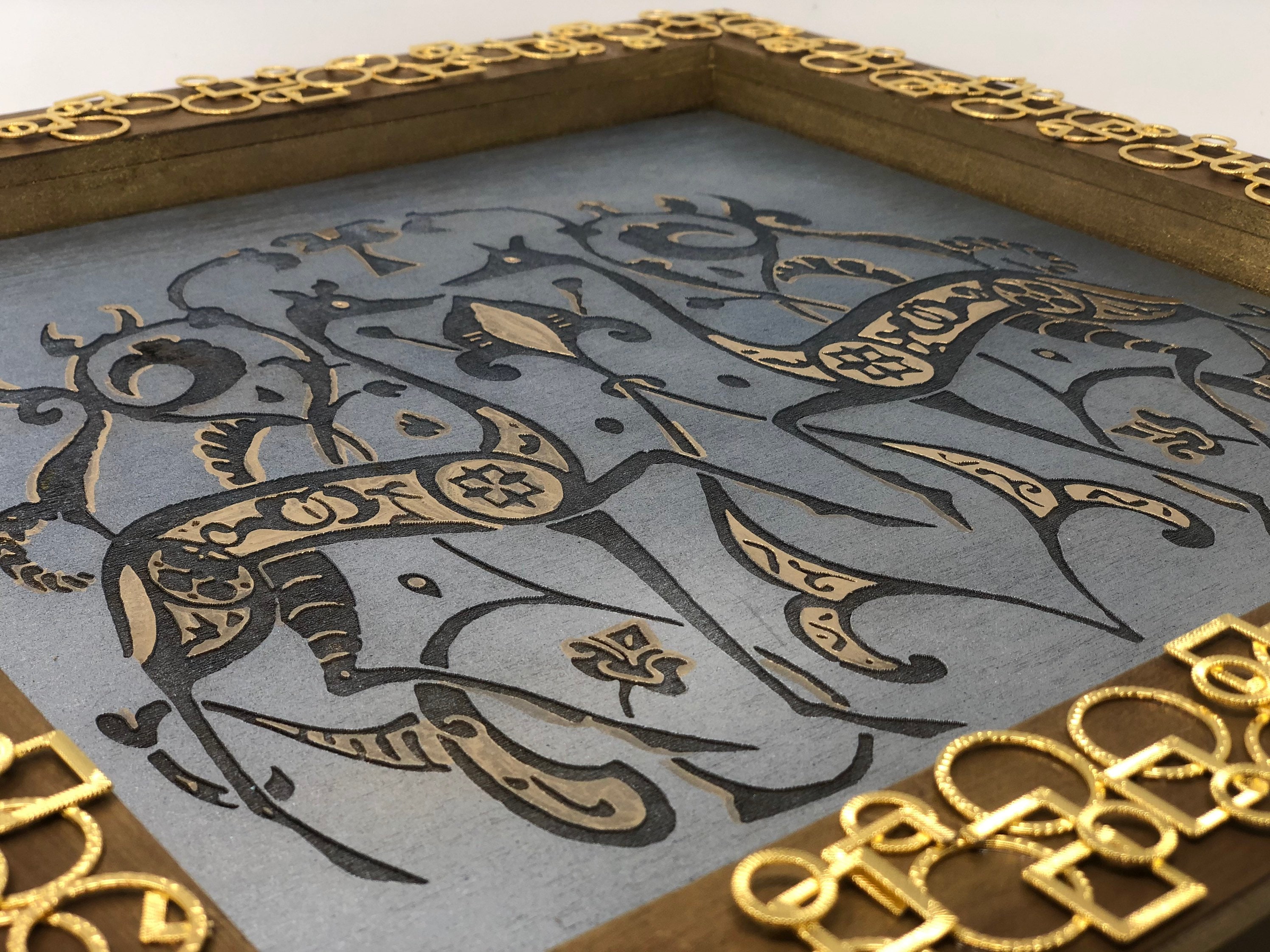 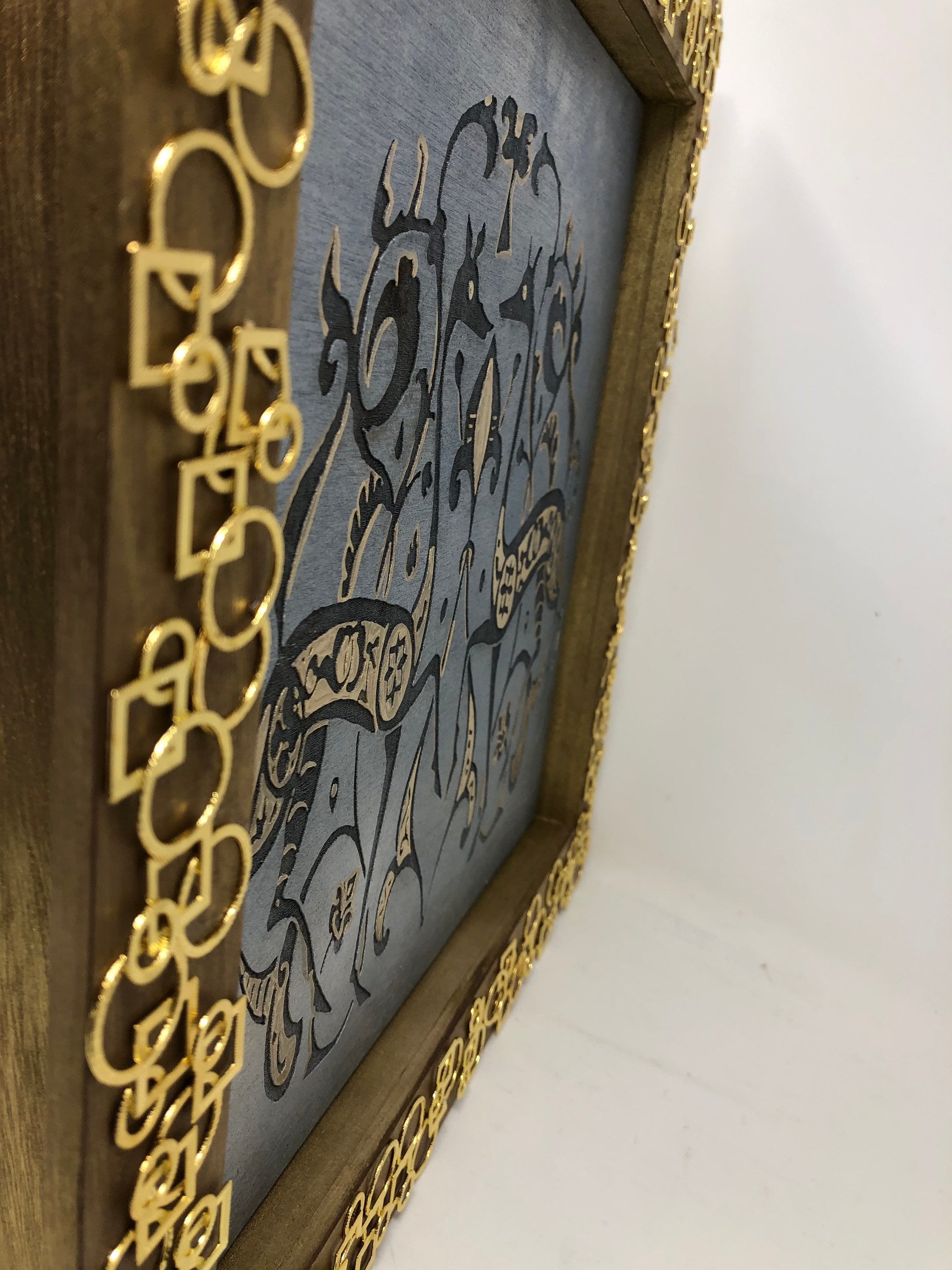 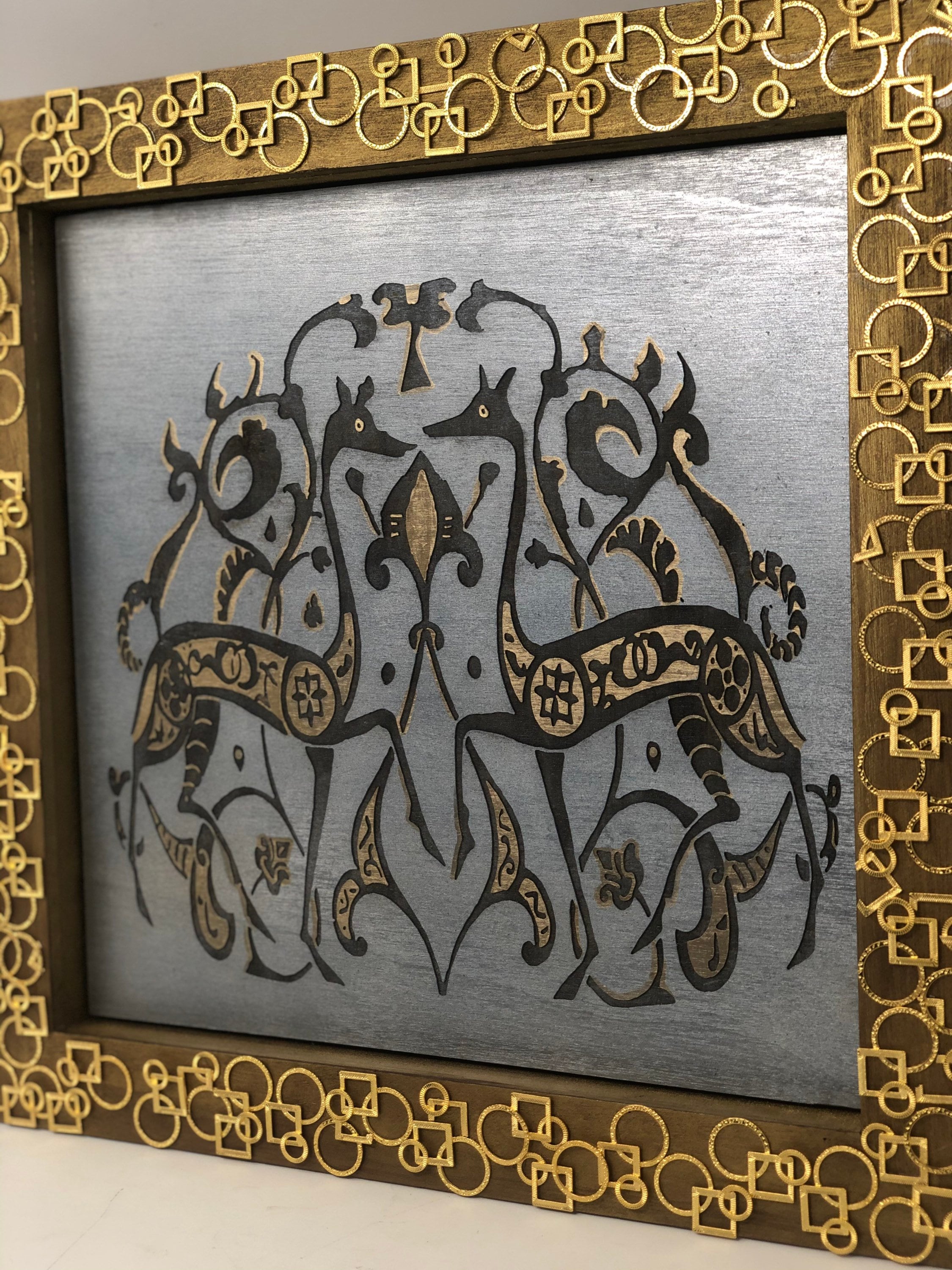 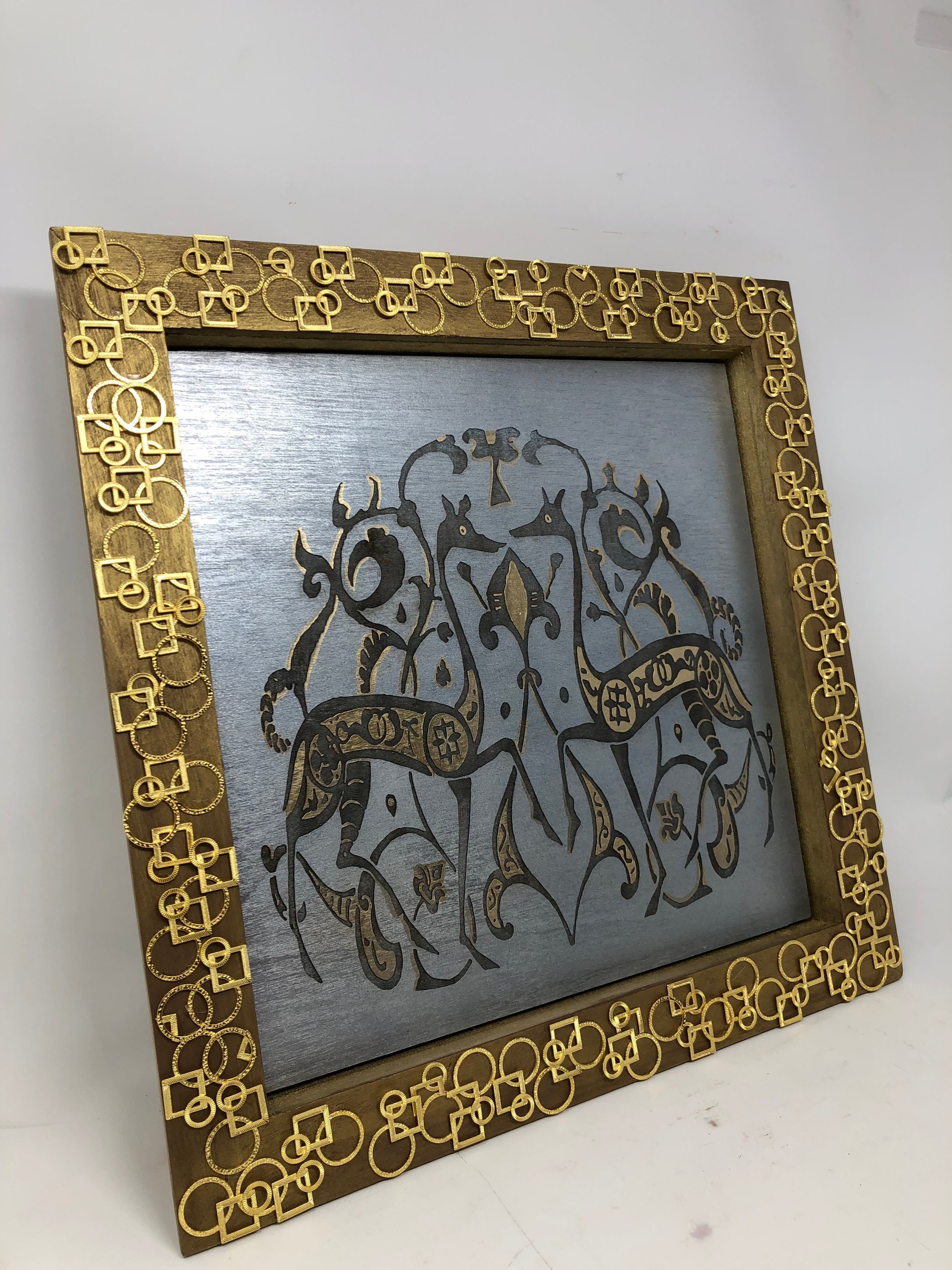 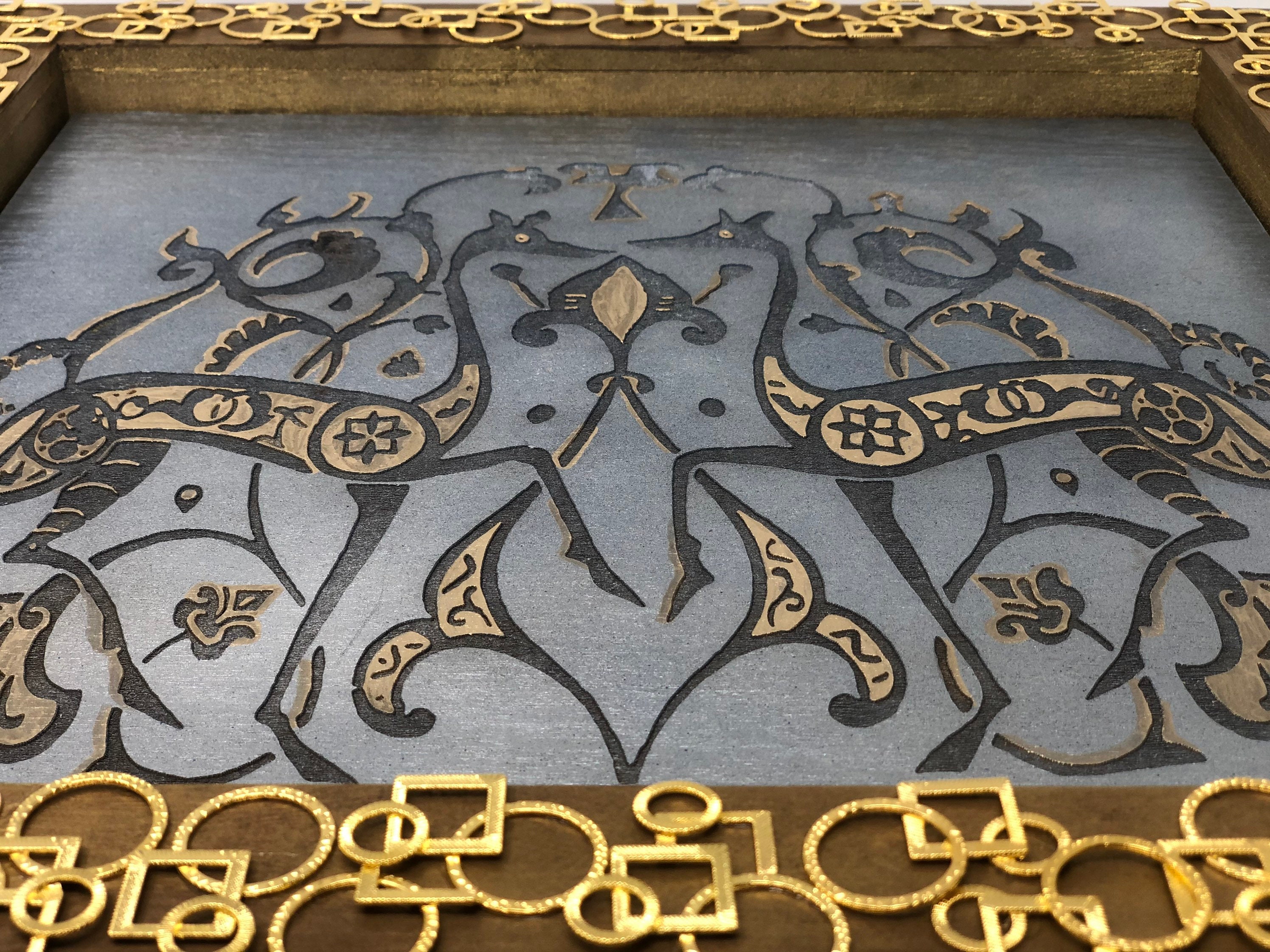 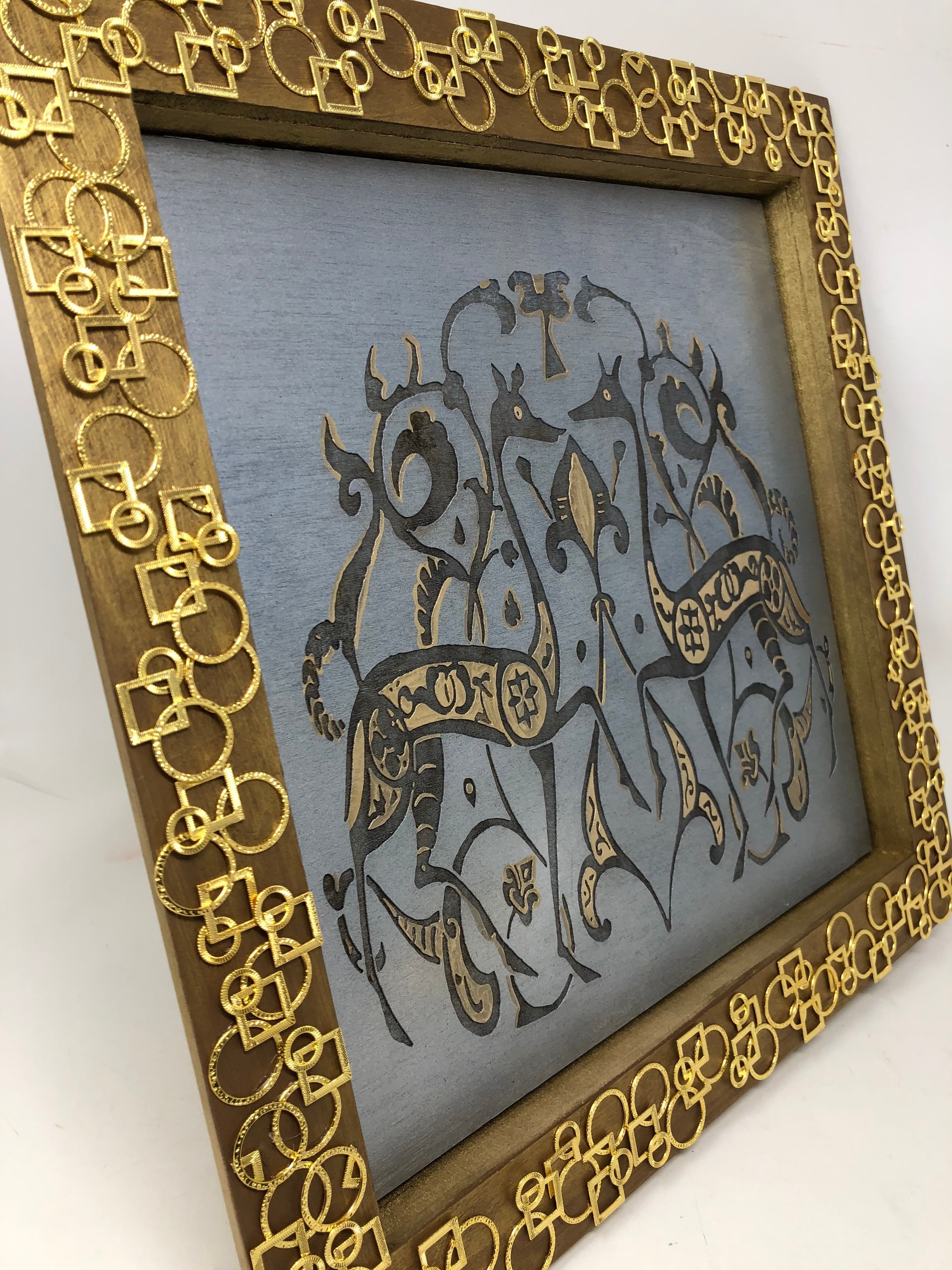 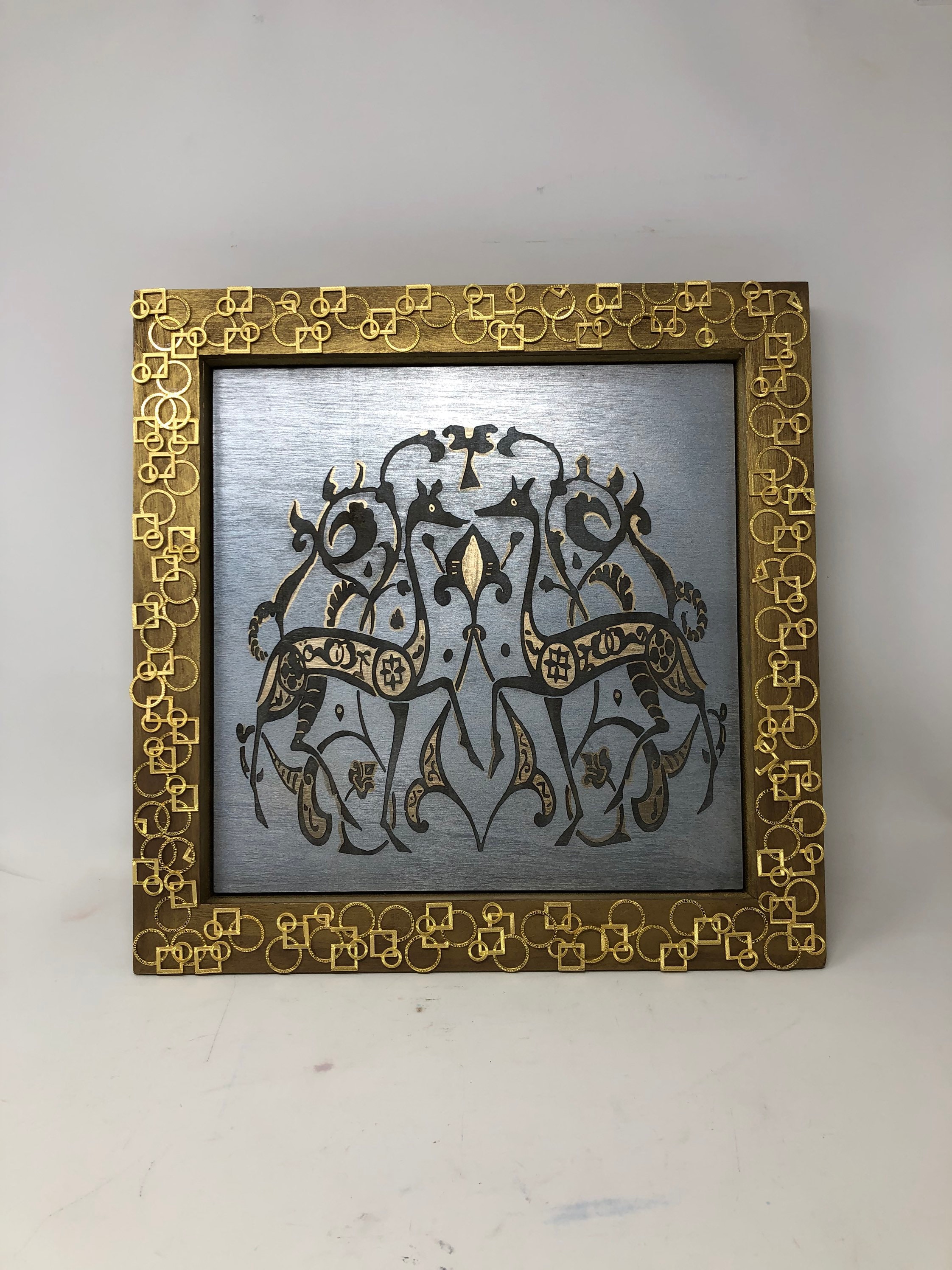 This is a one-of-a-kind handmade and handpainted wall hanging featuring two medieval gazelles engraved on a wooden plaque and framed in an embellished shadow frame. The two affronted gazelles originally come from a medieval vase from Granada which was once in the 14th century Nasrid Alhambra palace in Spain. The Alhambra was and still is one of the most beautiful medieval Islamic palaces in the world still standing today. These two gazelles are just a small element of the entire decorative scheme that exists on the walls and ceilings of this grand palace complex which sits on the hills of Granada.