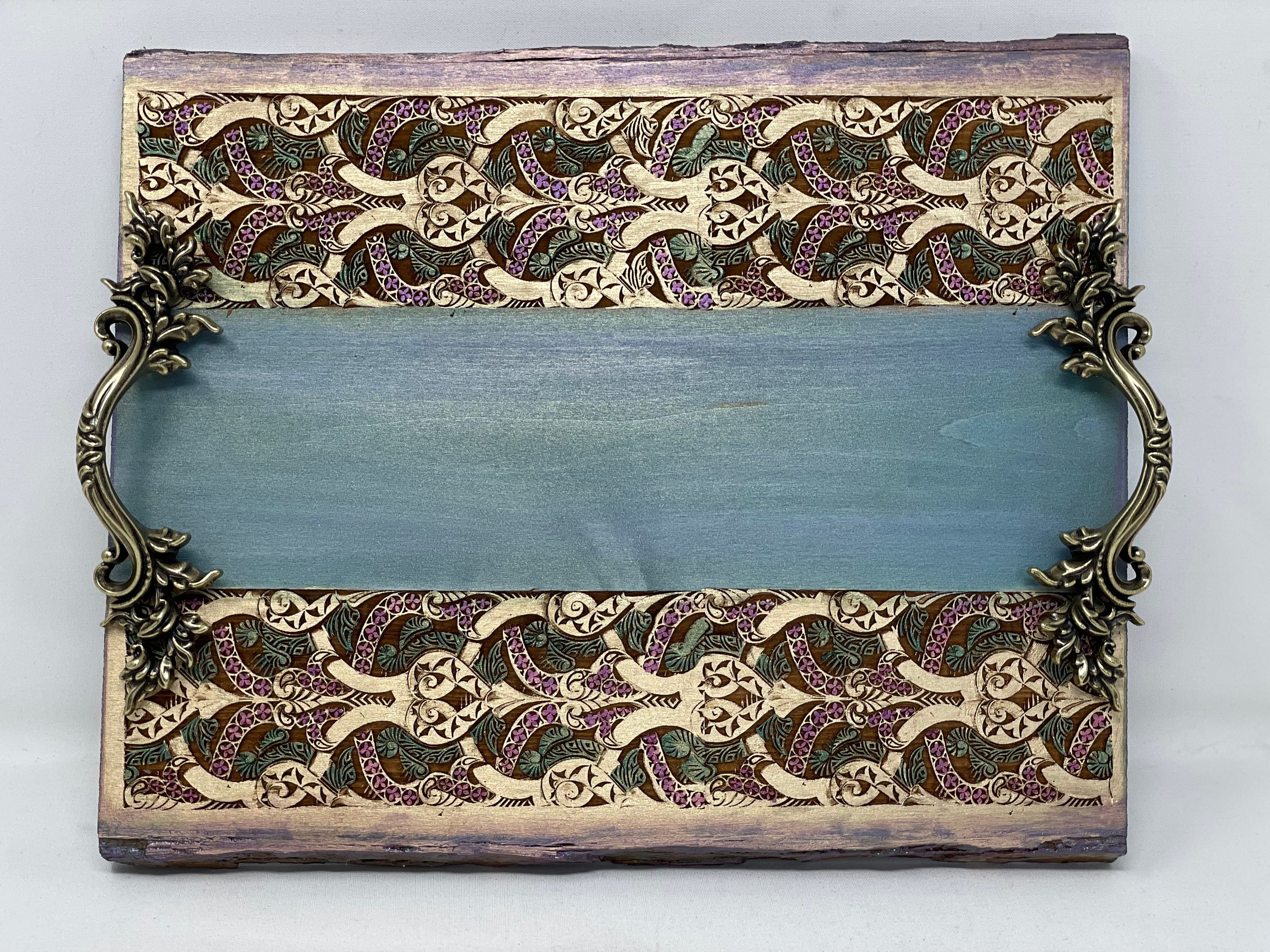 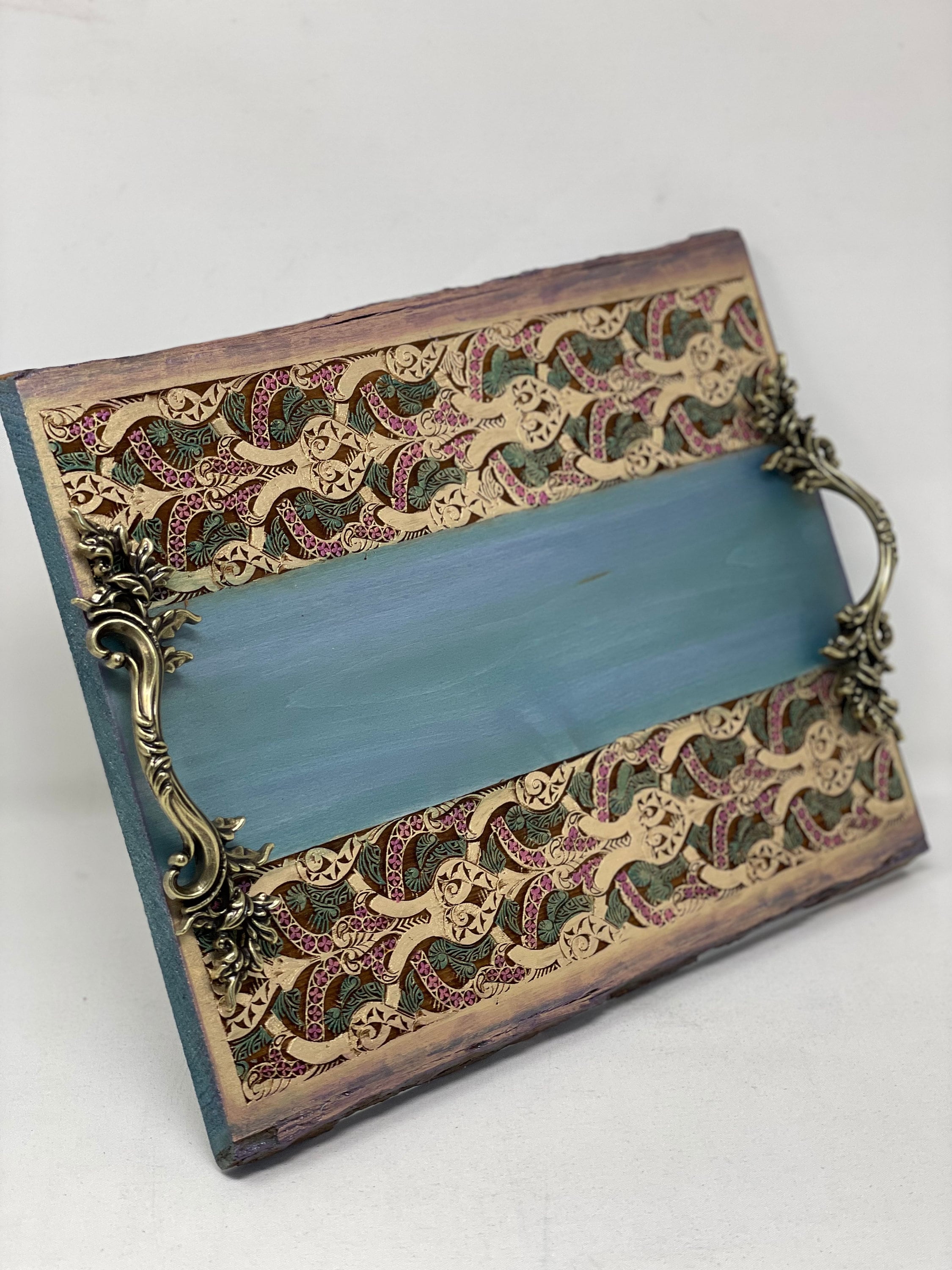 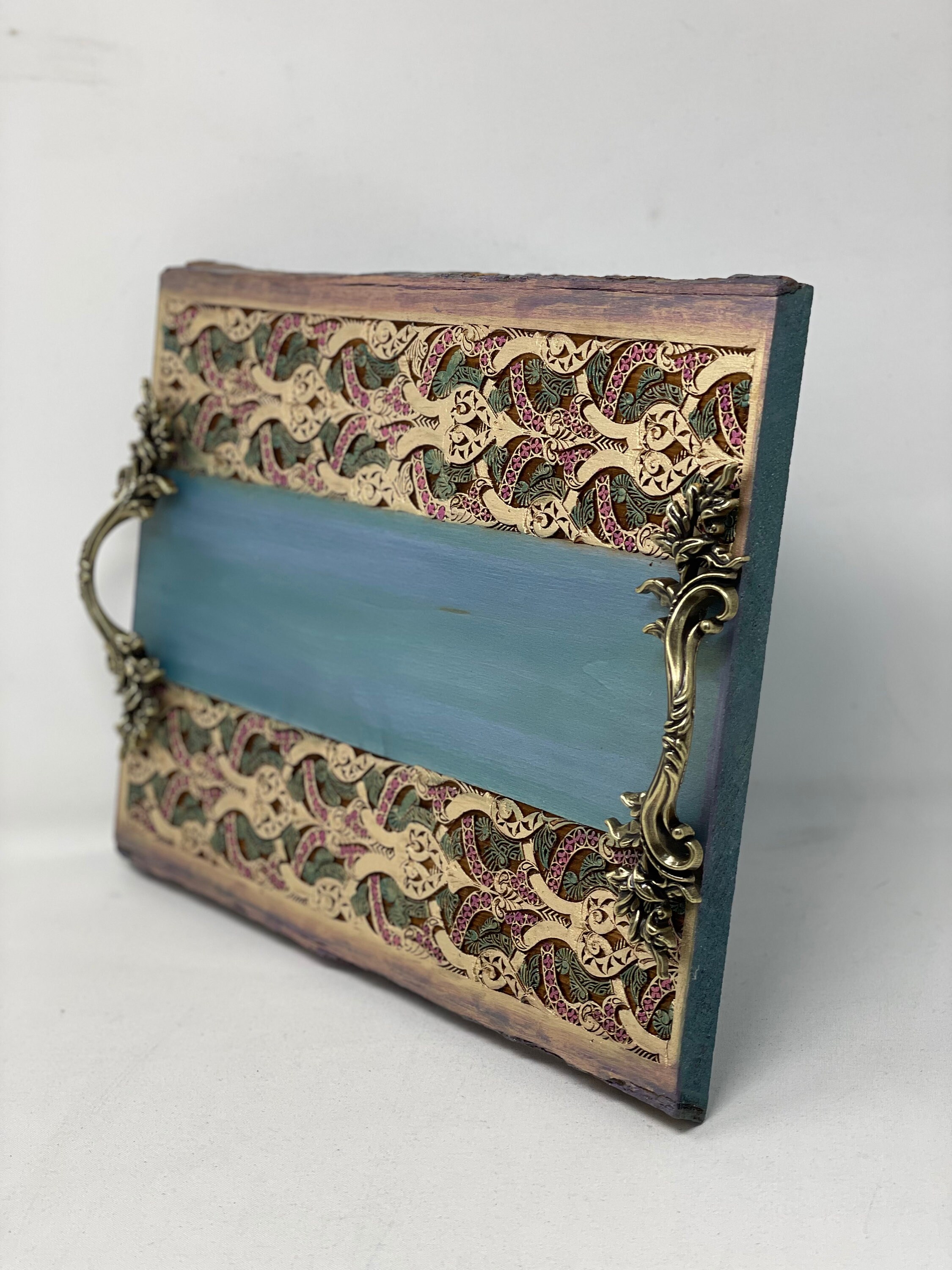 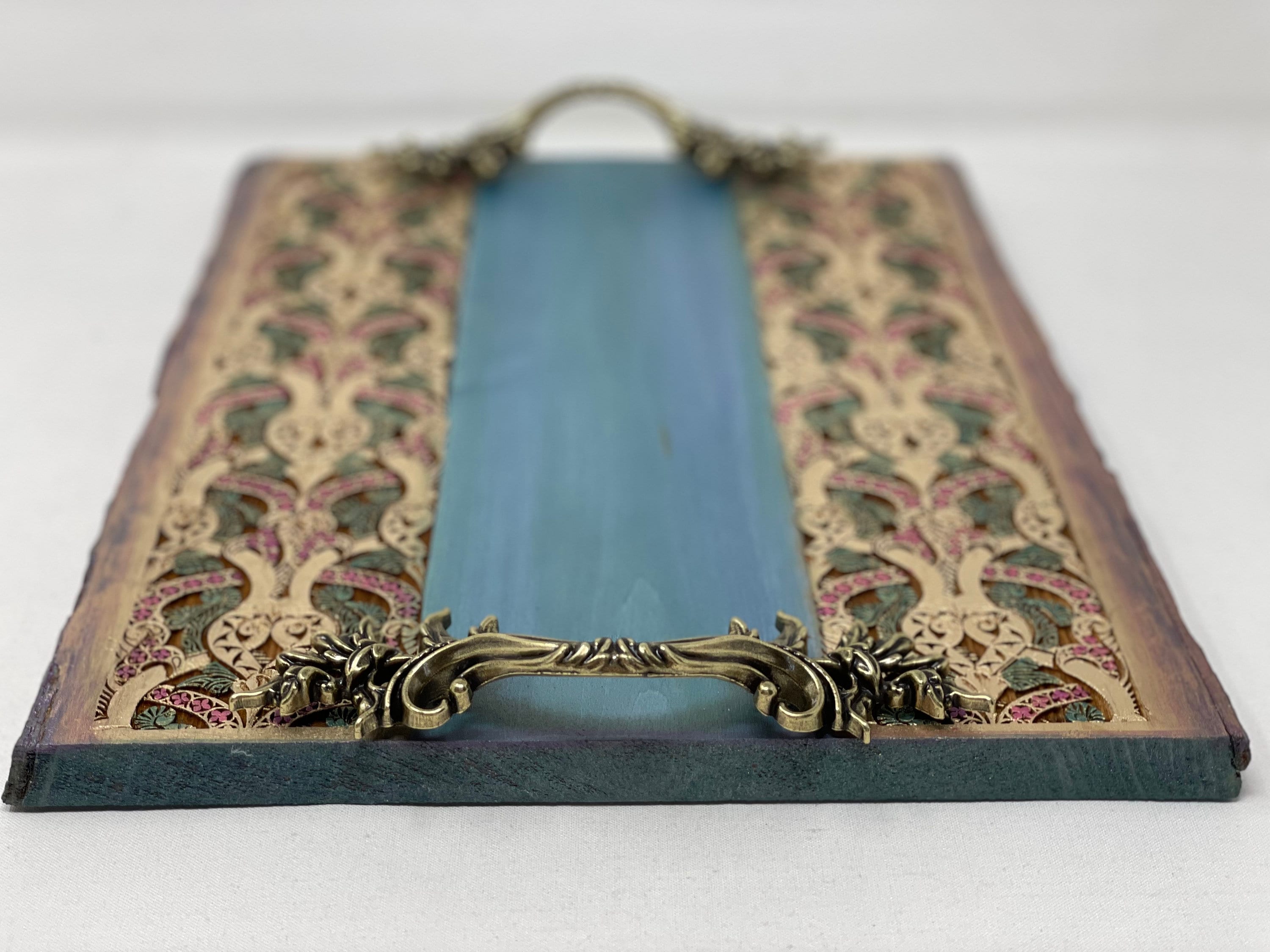 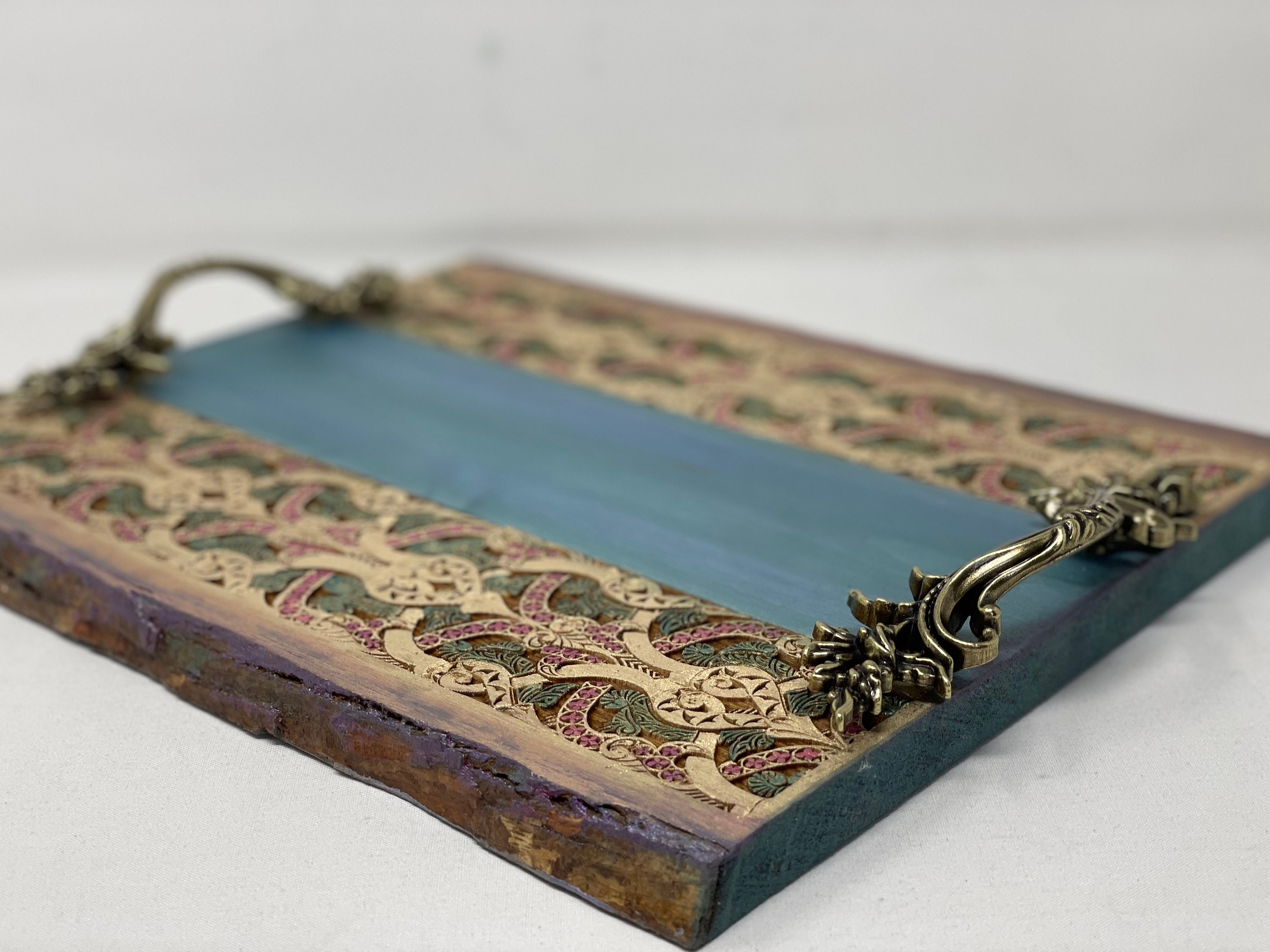 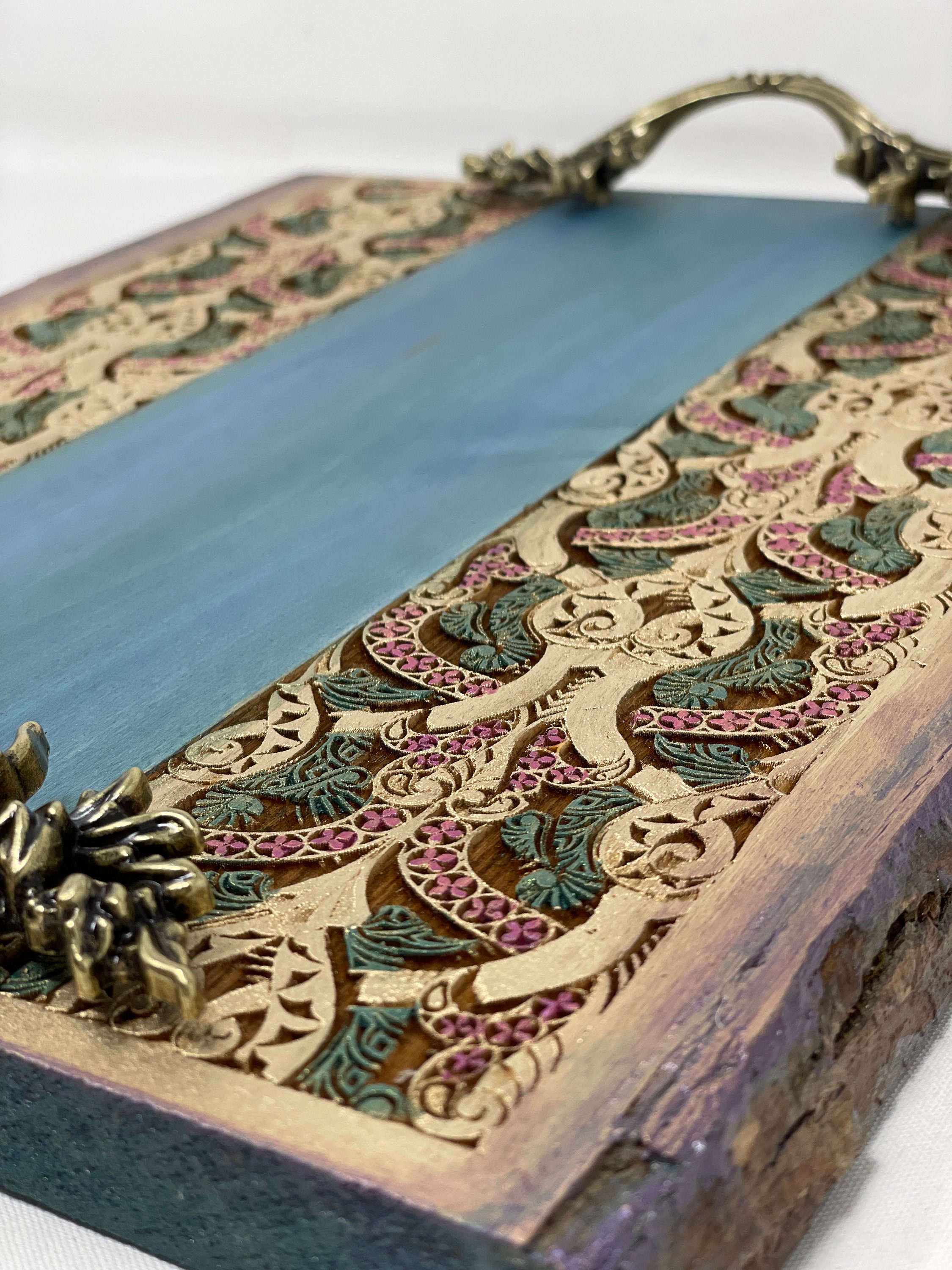 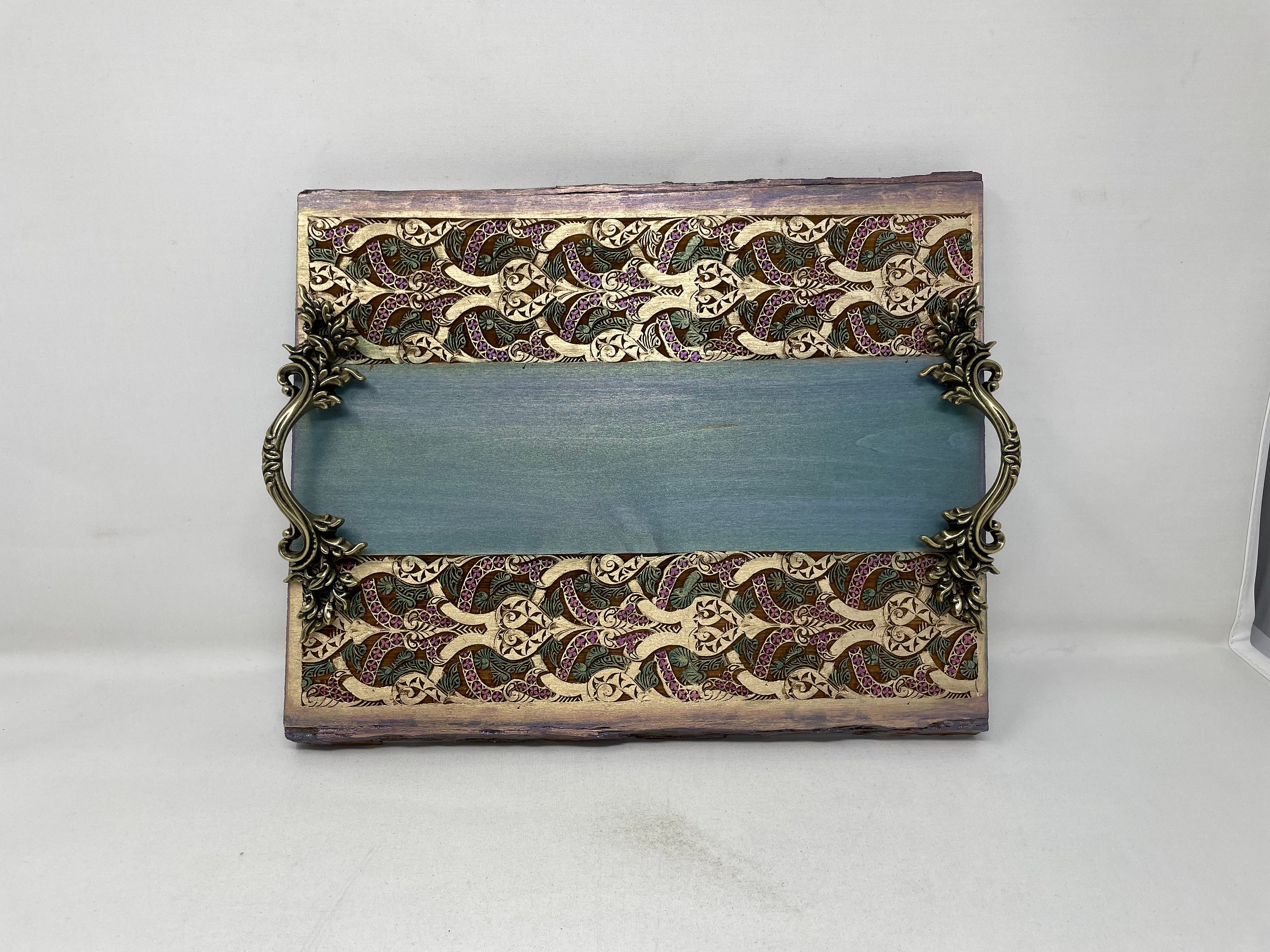 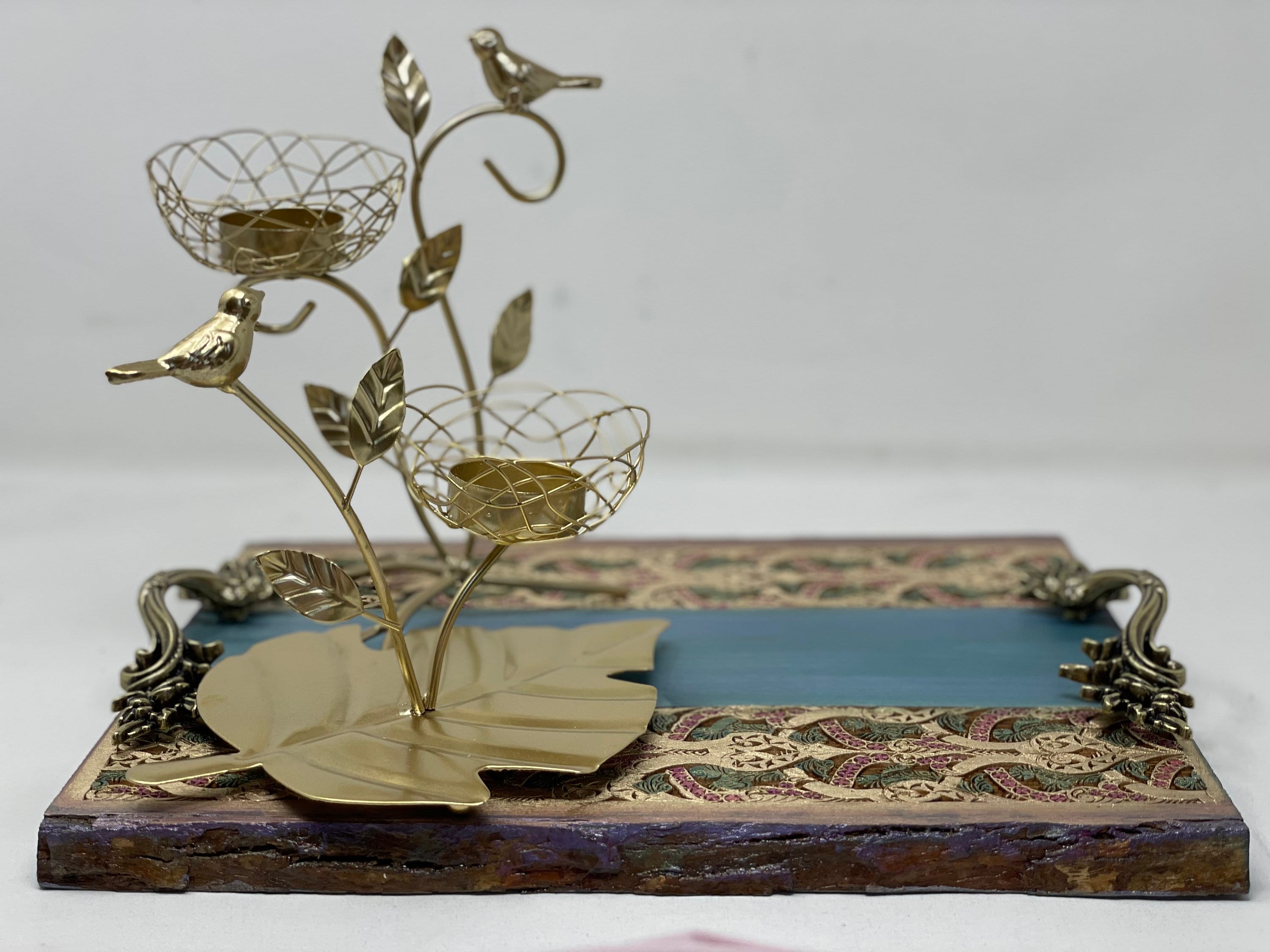 This small but richly decorated wooden decorative tray measures 18" (l) x 5" (w). It has been laser engraved and etched with a rich arabesque pattern from the ornately decorated walls of the 14th century Nasrid Alhambra palace in Granada, Spain. The floral arabesque pattern has been handpainted and embellished in gold leaf paint. The tray has live-edge on one end and is perfect for a decorative candle tray, coffee table accent, or vanity tray.

The Alhambra was the main royal palace that belonged to the Nasrids, the last Muslim dynasty to rule in Spain (picture above). They ruled parts of southern Spain from their capital in Granada between 1238 - 1492 after which they handed over their kingdom to the armies of Ferdinand and Isabella of Castile and Aragon. The Alhambra is one of the most illustrious medieval palaces in history and its vibrantly decorated rooms still depict the beauty and splendor of this time period. There are several chambers and rooms of the Alhambra that are linked to one another through a series of gardens and courtyards. The walls of these various chambers are covered with carved gypsum decorations depicting floral and geometric arabesque motifs as well as poetry and epigraphy written in Arabic calligraphy which was carved by Nasrid craftsmen in a technique known today as altaurique. These geometric and floral motifs were meant to give the onlooker a sense that hanging carpets and textiles covered the walls of the palace. These gypsum carvings were painted in the Middle Ages giving the wall spaces of the Alhambra a majestic and colorful appearance. The design on your tray was inspired by a geometric window grille and the altaurique work surrounding it in one of the entryways of the palace complex.