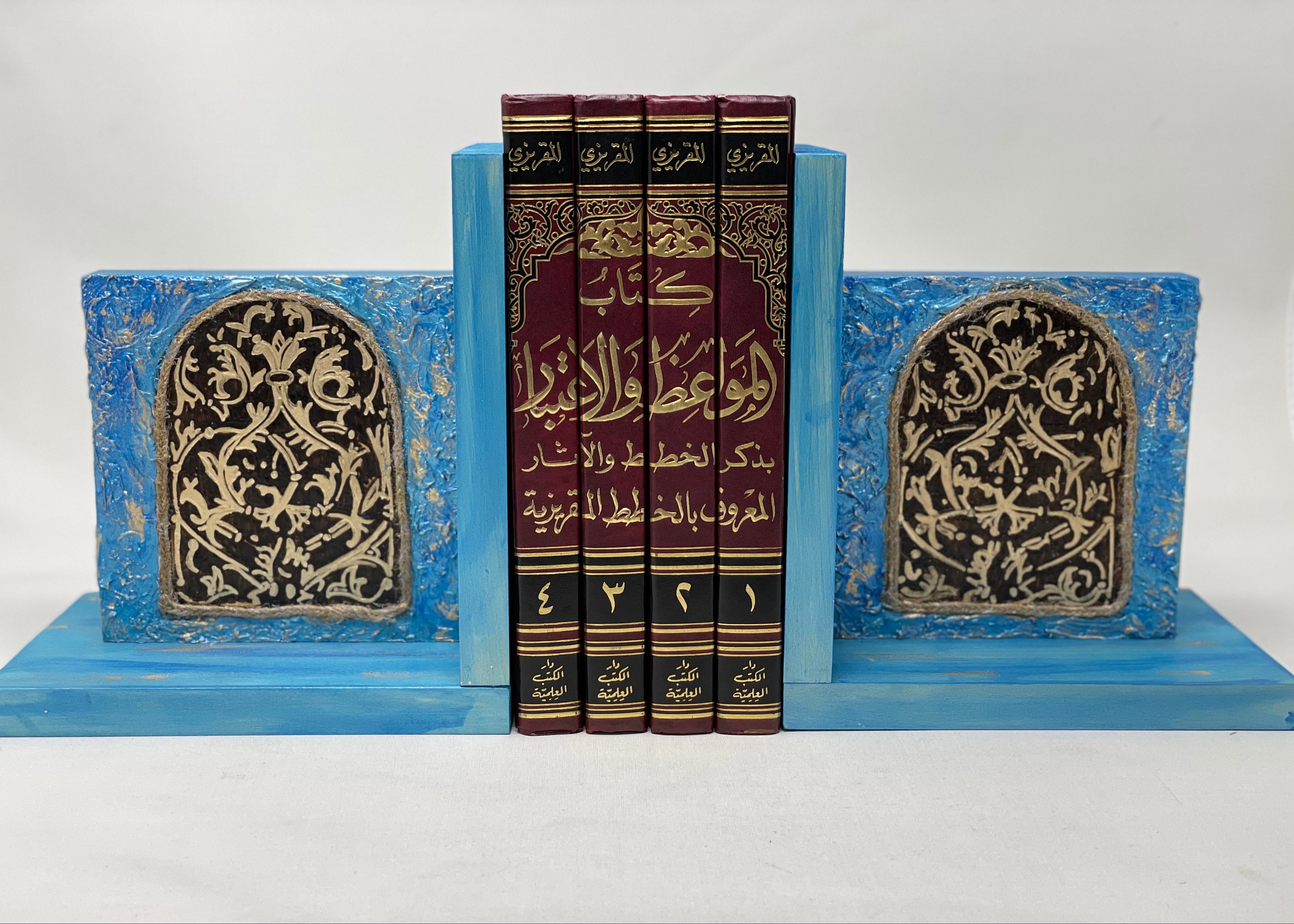 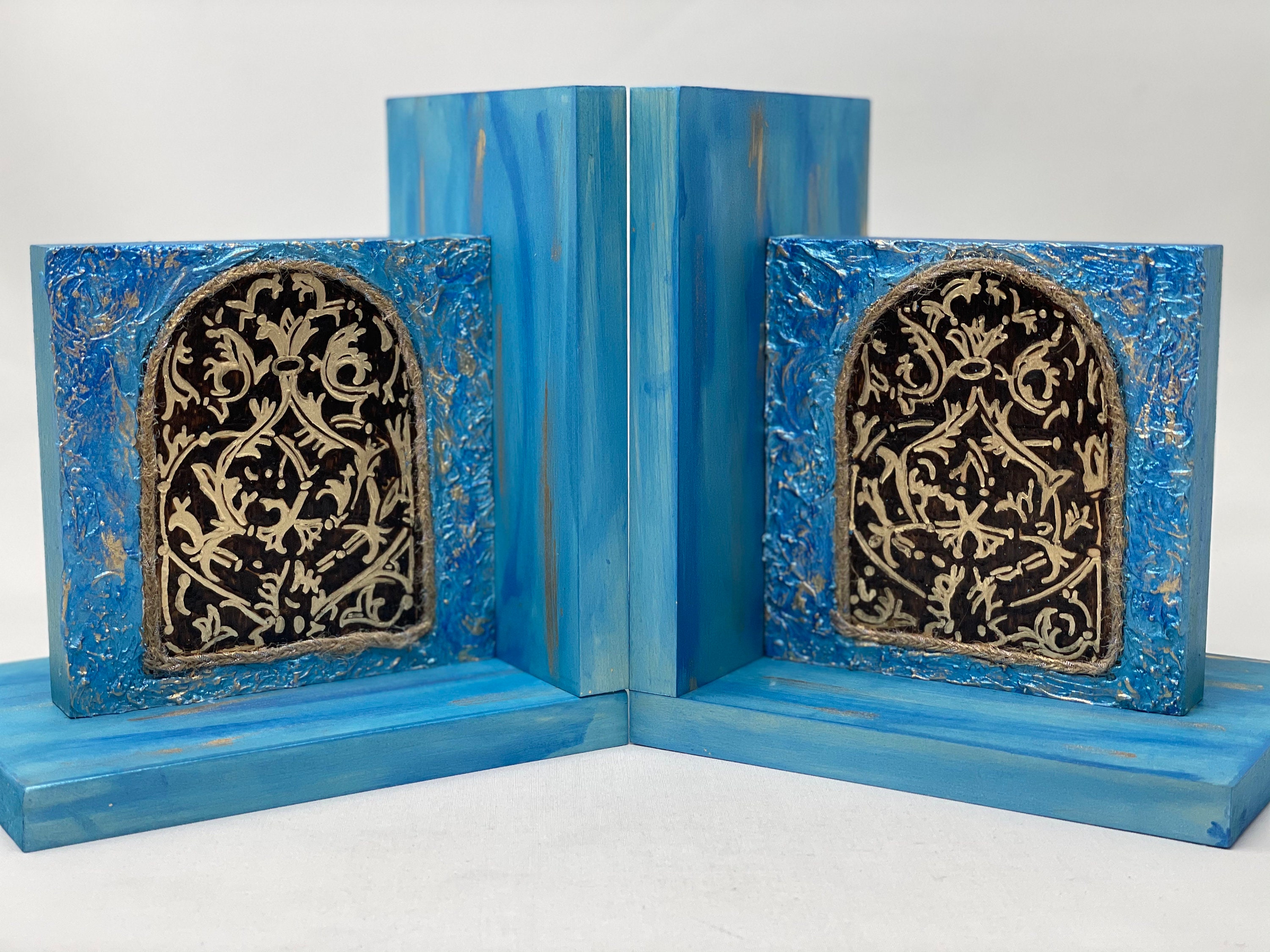 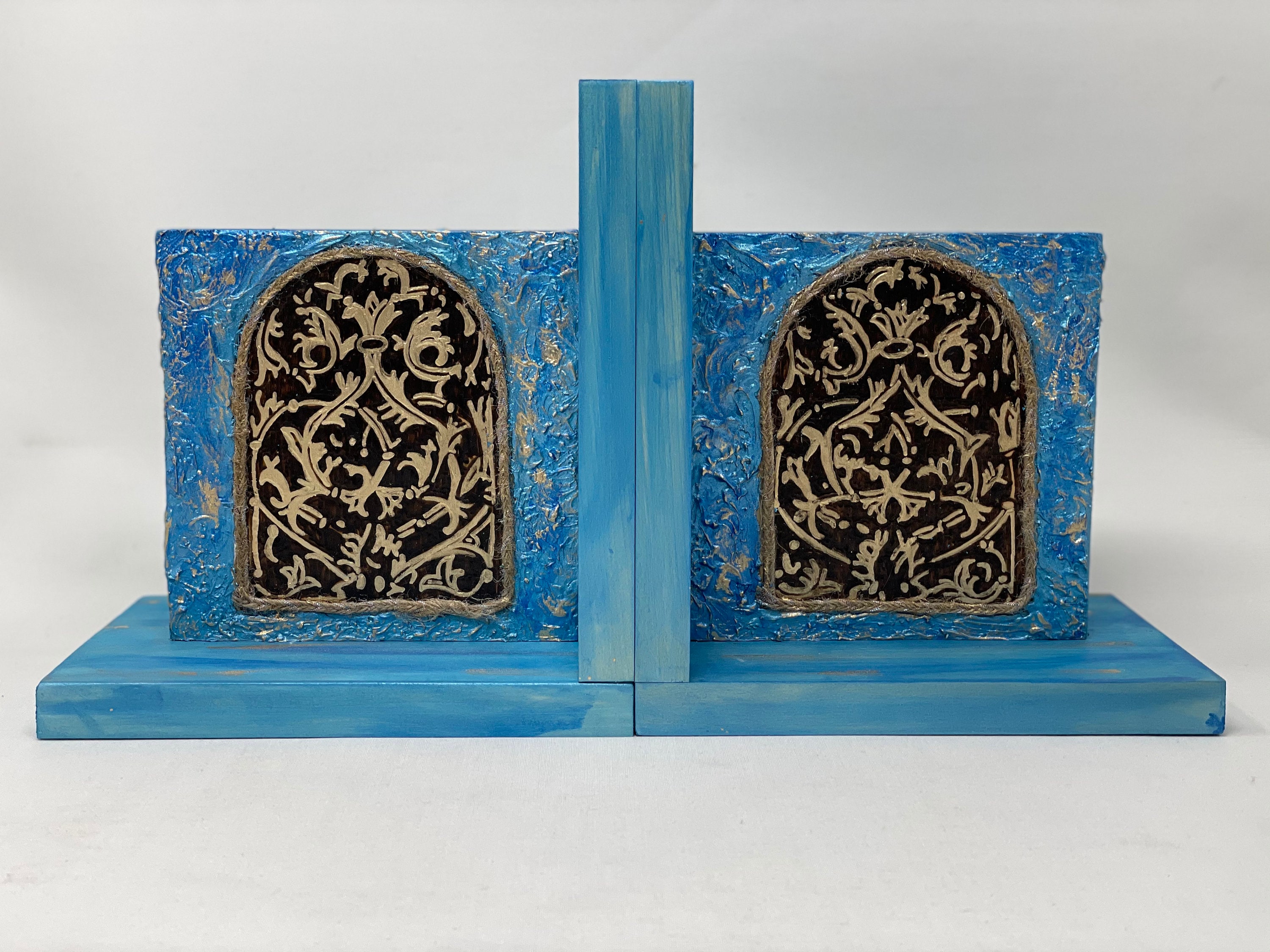 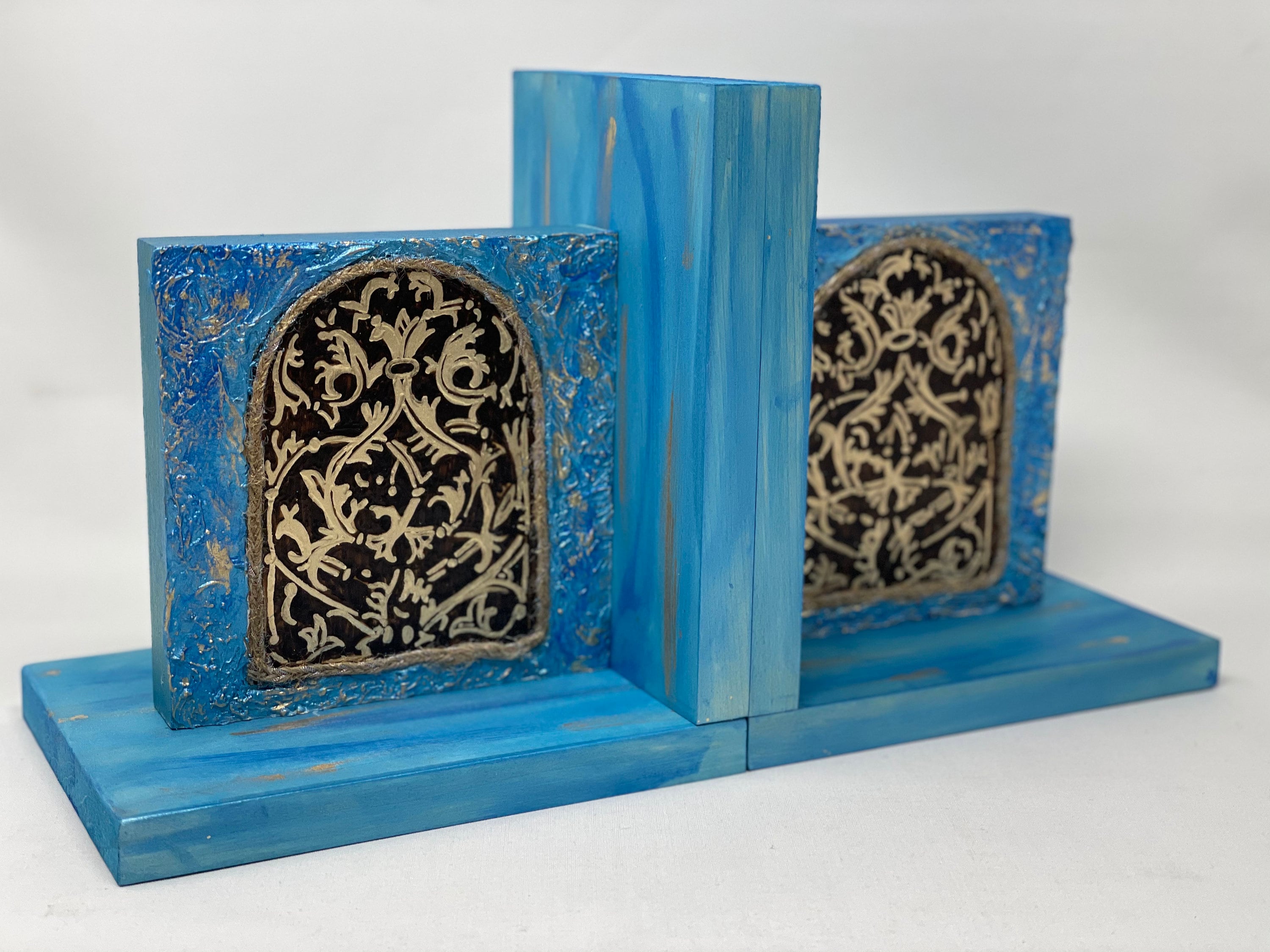 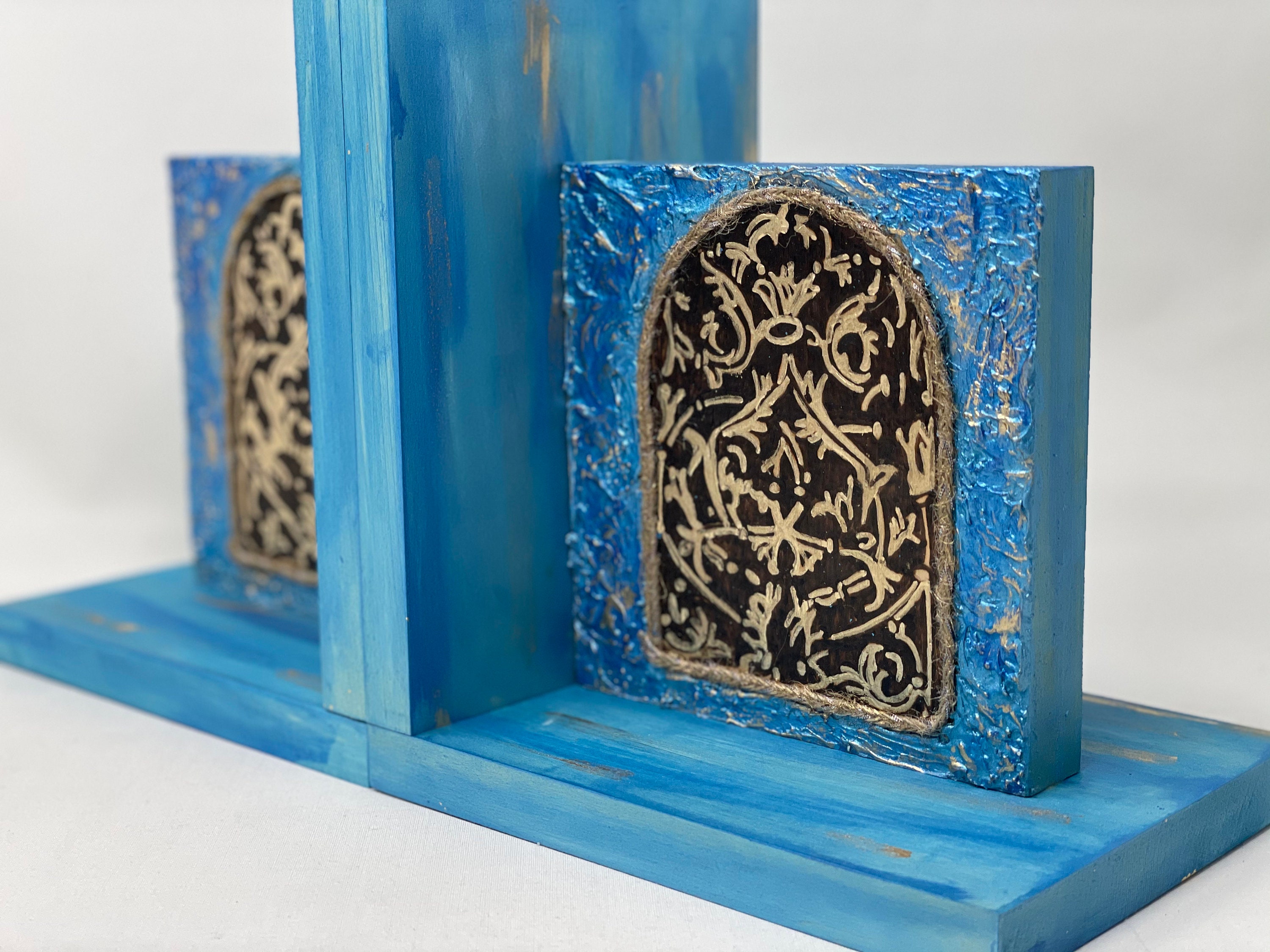 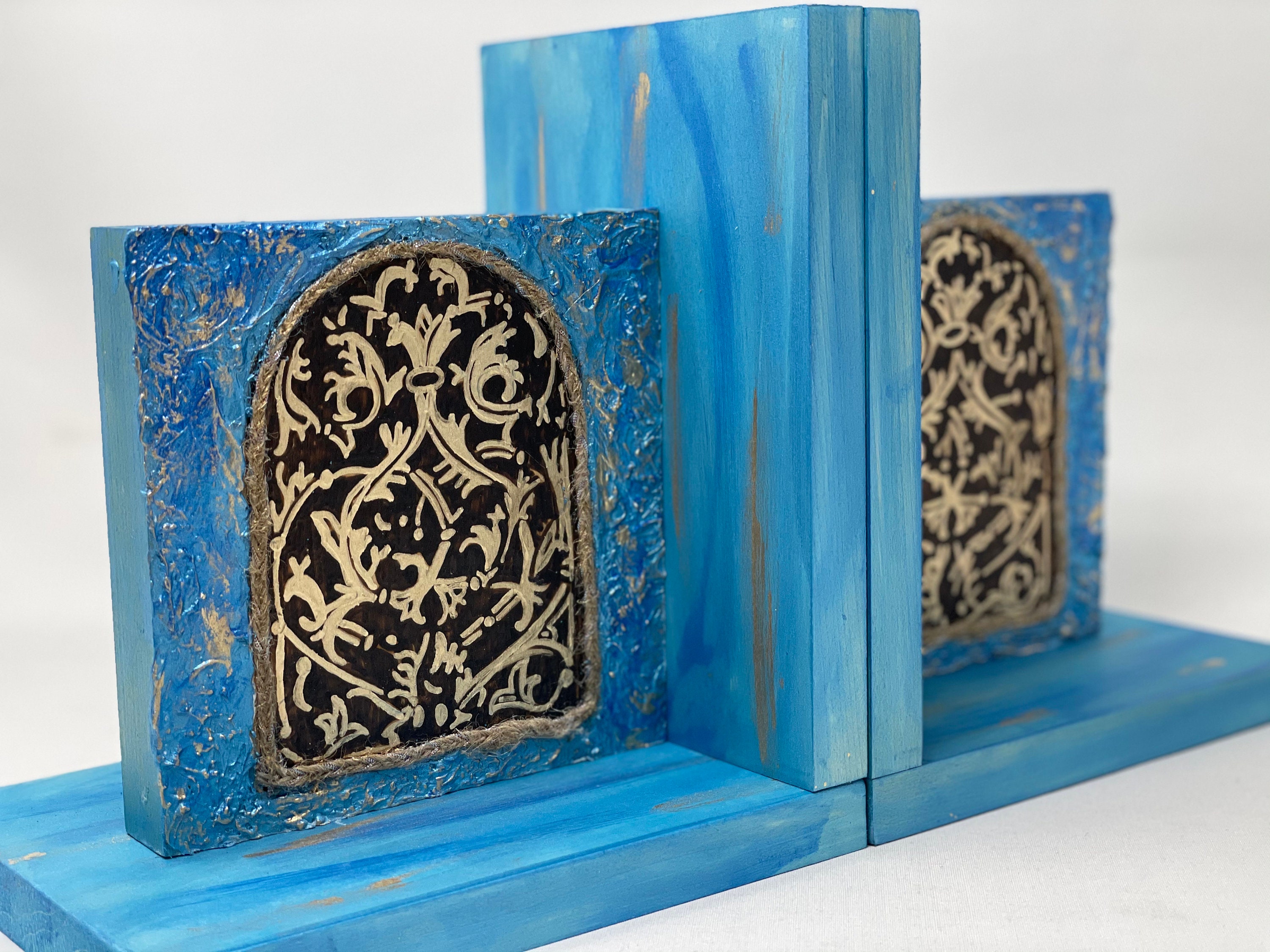 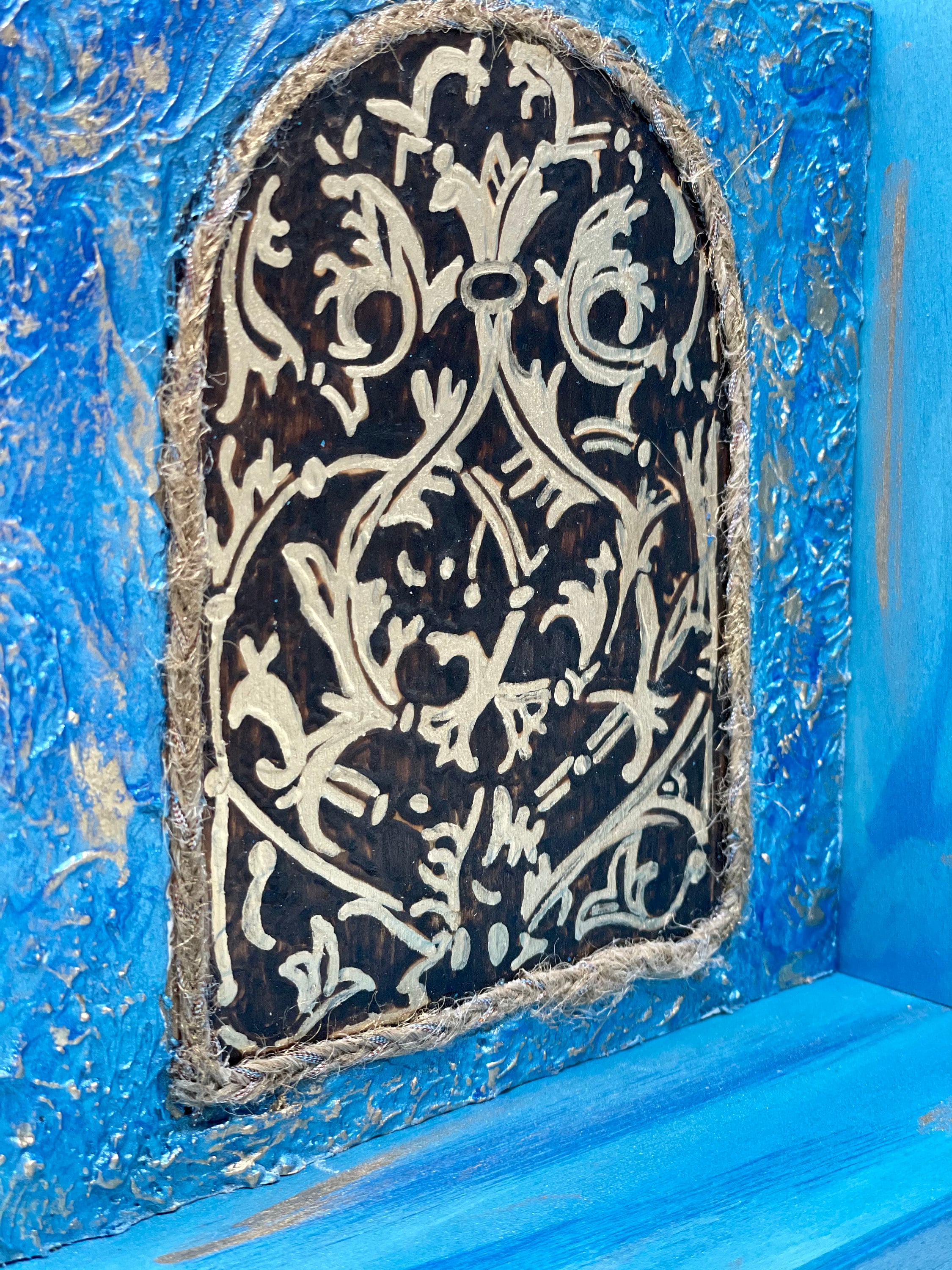 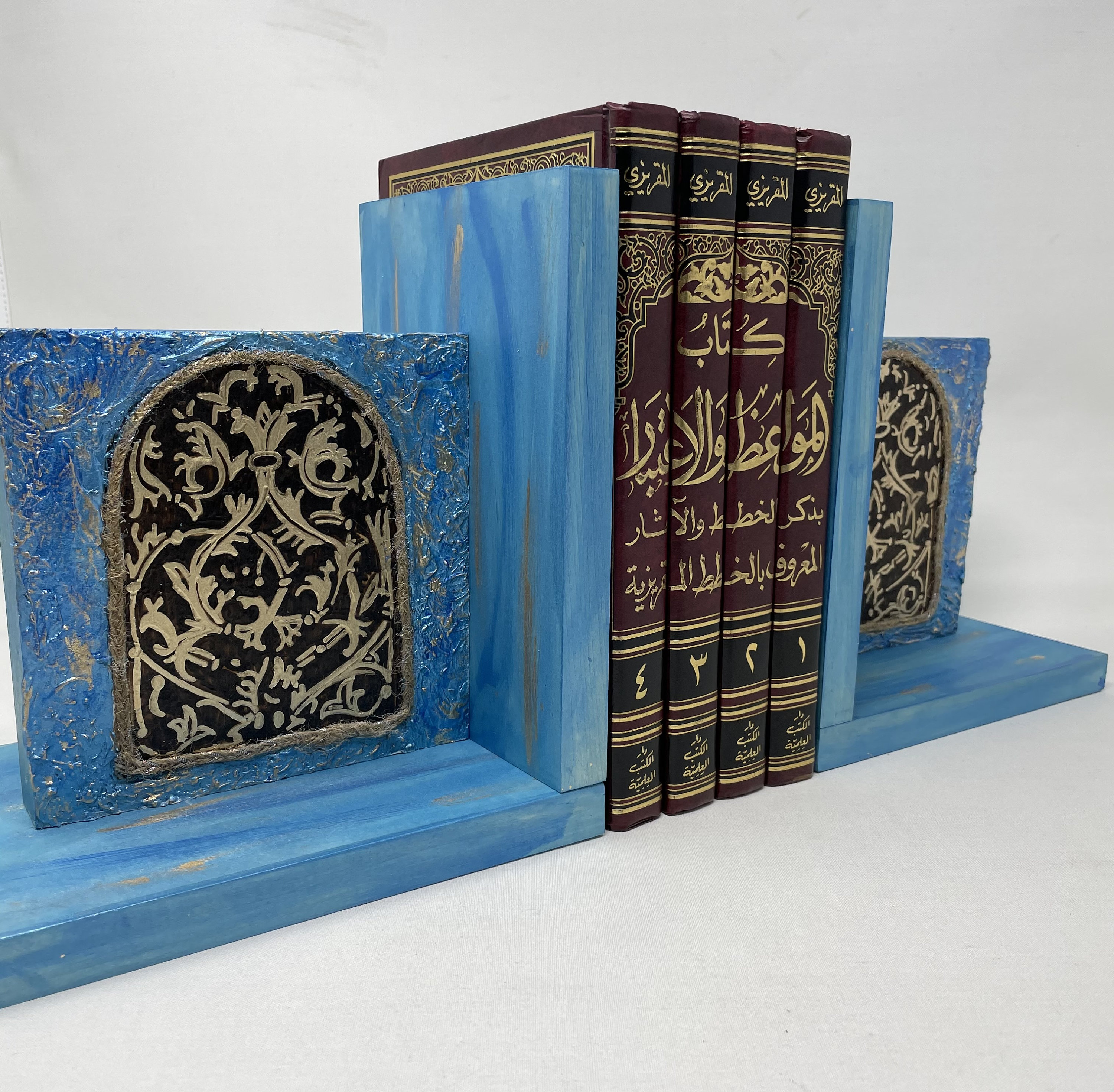 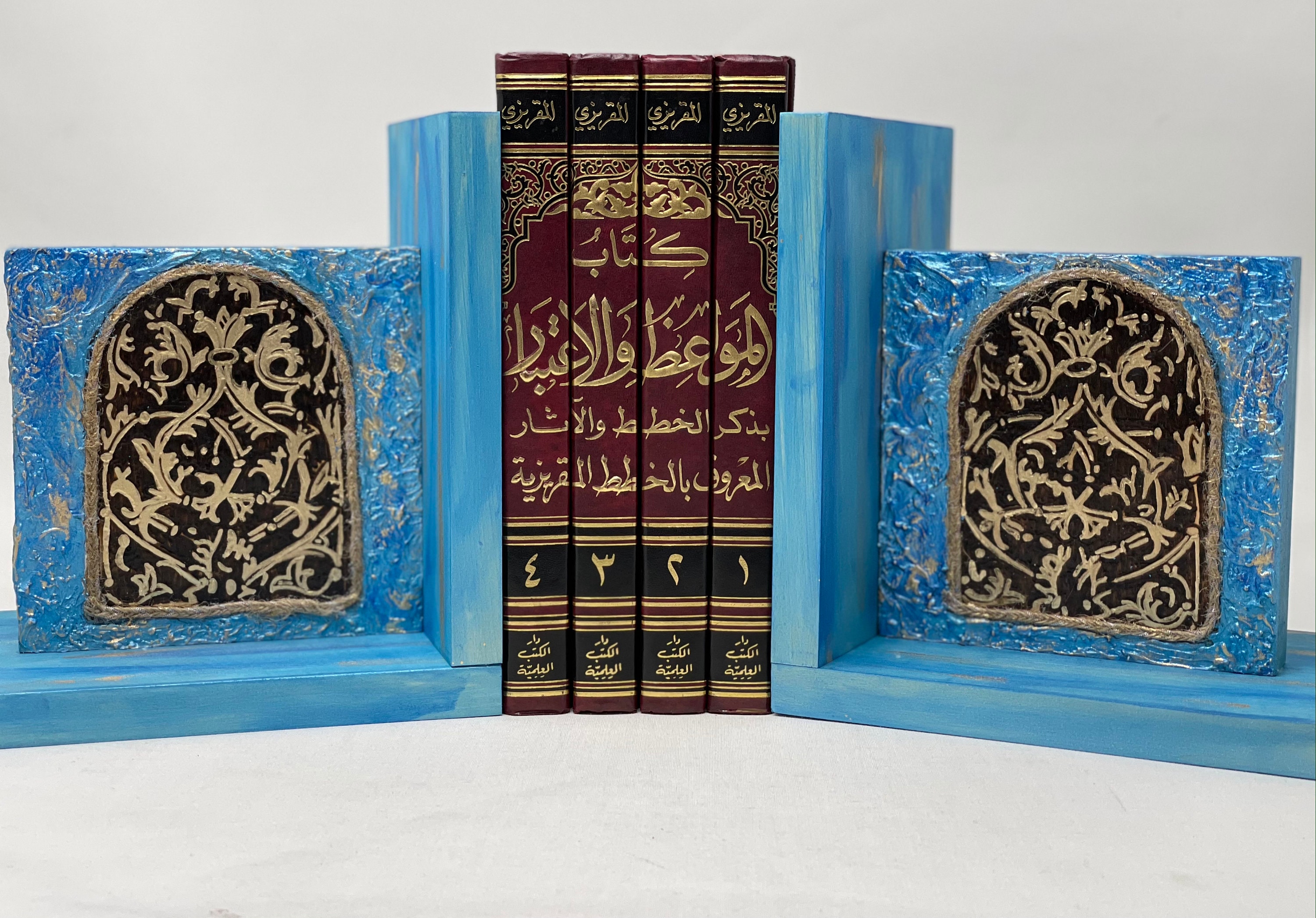 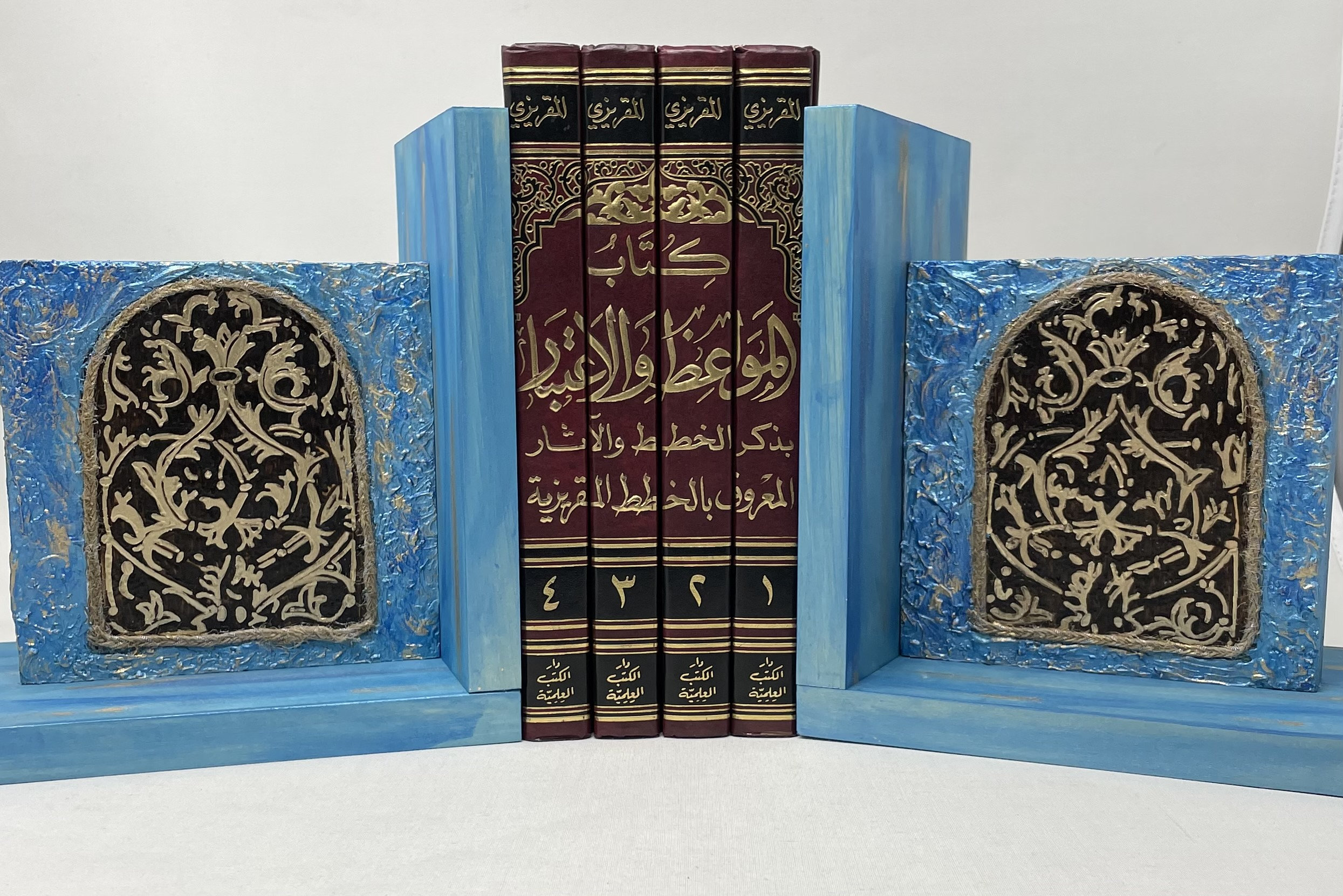 The mosque of Zahir Baybars in Cairo was built in 1268 by this powerful Mamluk Sultan. It was a large structure built for the refugees who flocked to Cairo from Iraq and Syria following the Mongol invasion. When Napoleon came to Egypt he made the mosque into a fort, Fort Sukowlski, and it subsequently became a soap factory and then a bakery. The mosque has laid in a stage of ruin for many years and until recently, no renovation work has ever been done to help it recover. We thought here at The Arabesque we could possibly recapture a glimpse of this grand building's past. The work we have done here is to recapture a glimpse of the mosque's original beauty and former glory by depicting one of its windows on midnight blue bookends as a home or office decor piece. These bookends are one of a kind. The arabesque laced windows which we have wood burned here are from a historic drawing of that mosque. We have tried to revive a little bit of the history of Zahir Baybars and his amazing era as a Mamluk Sultan. Ask us any questions if you have them.