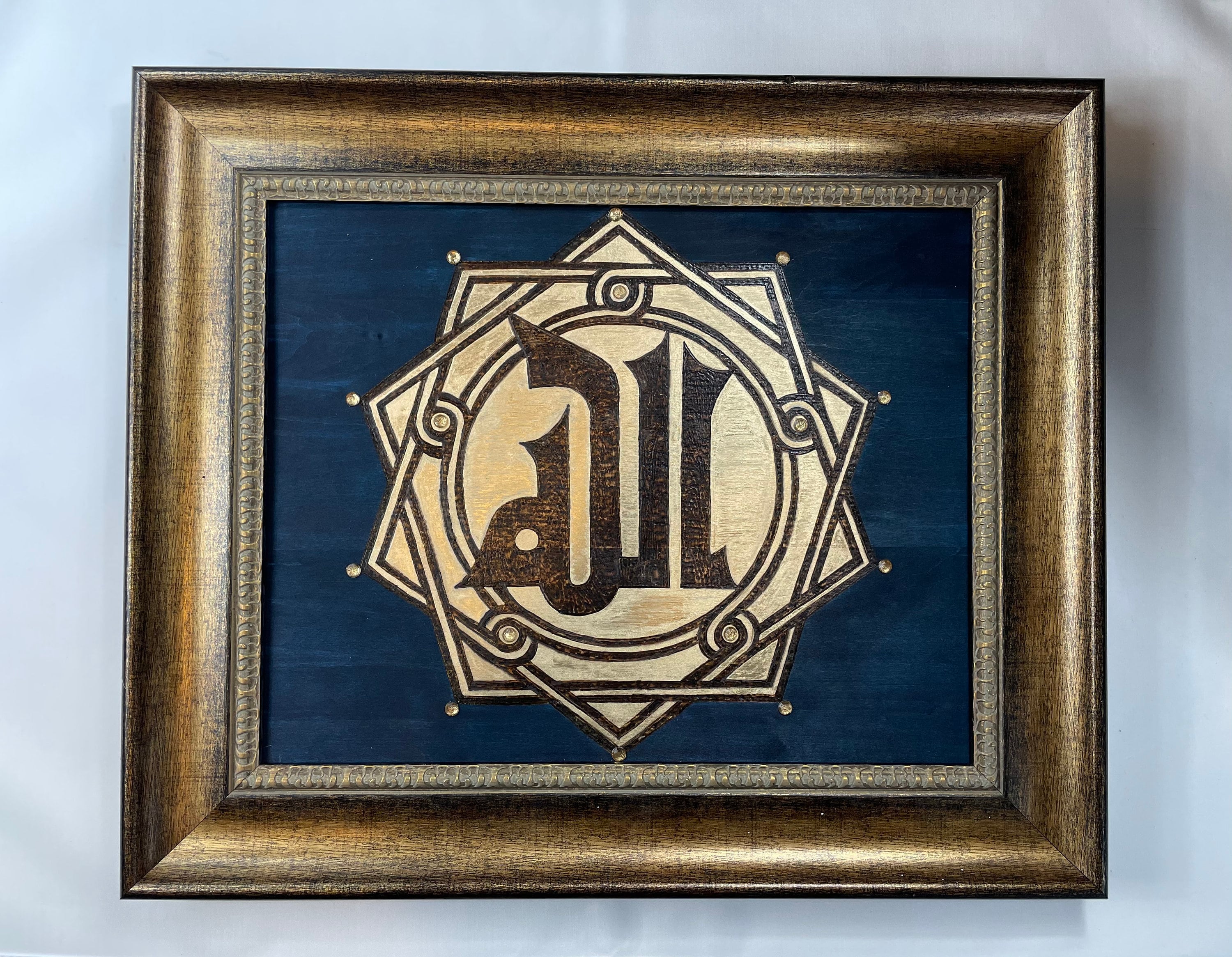 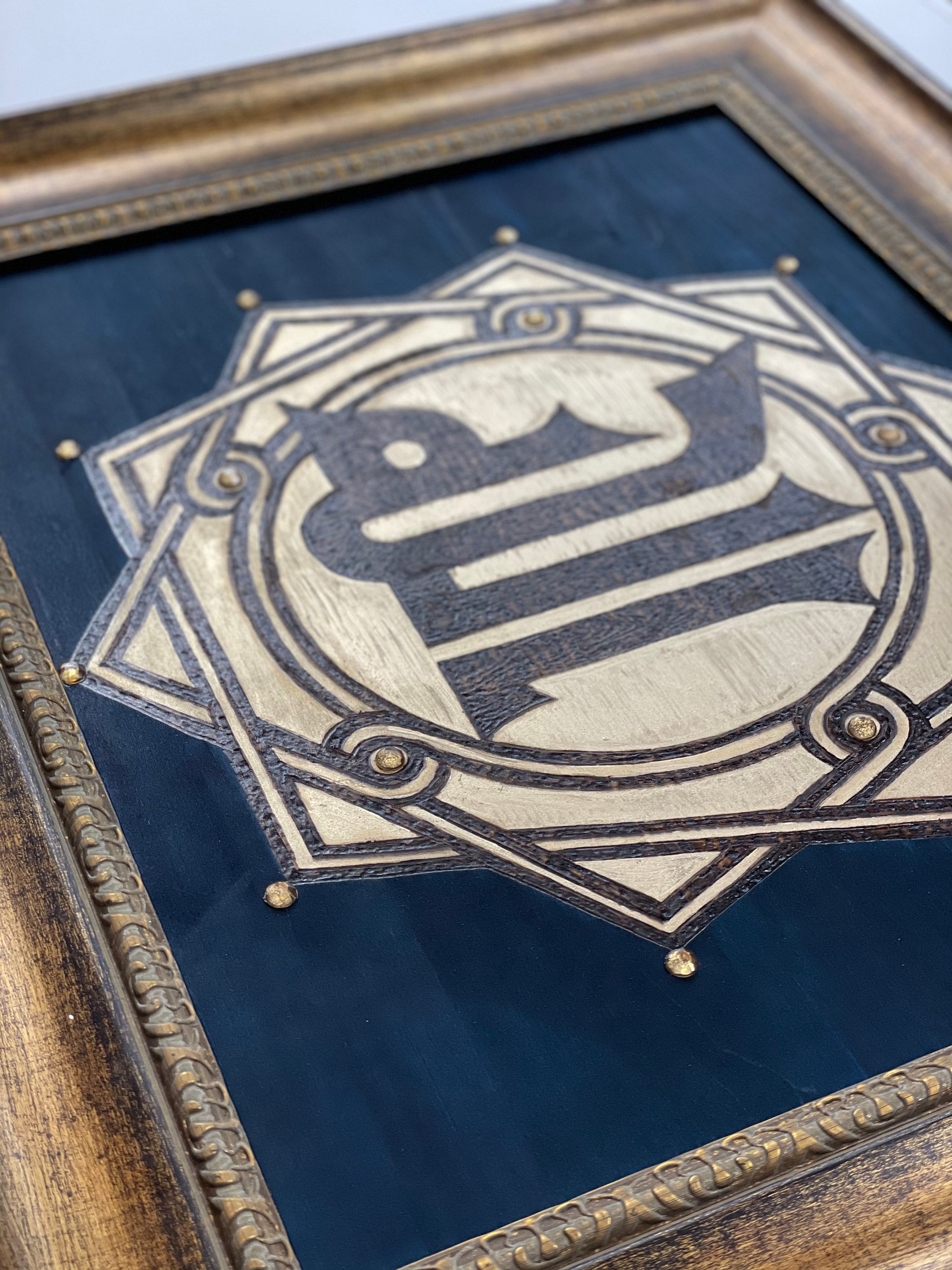 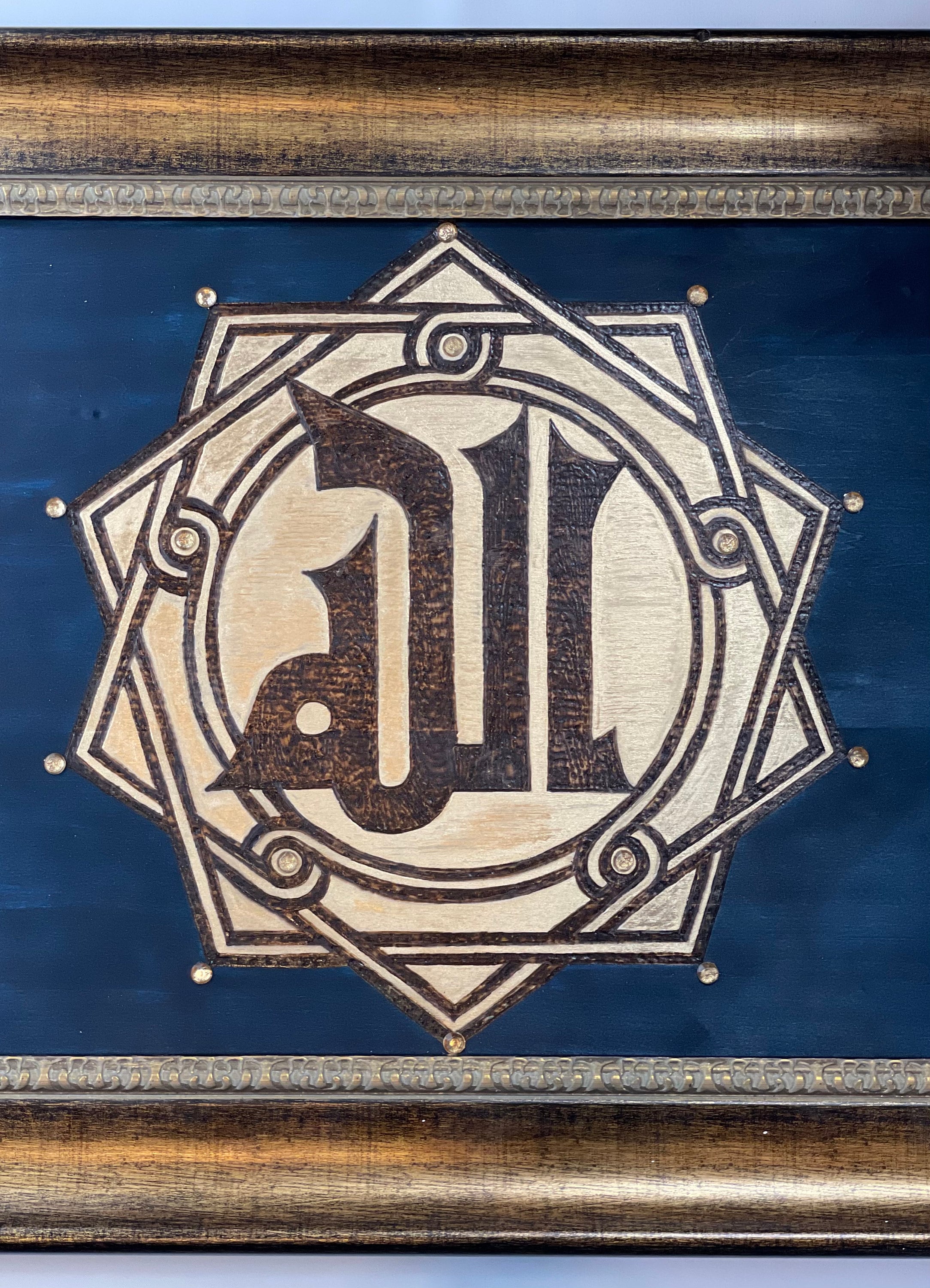 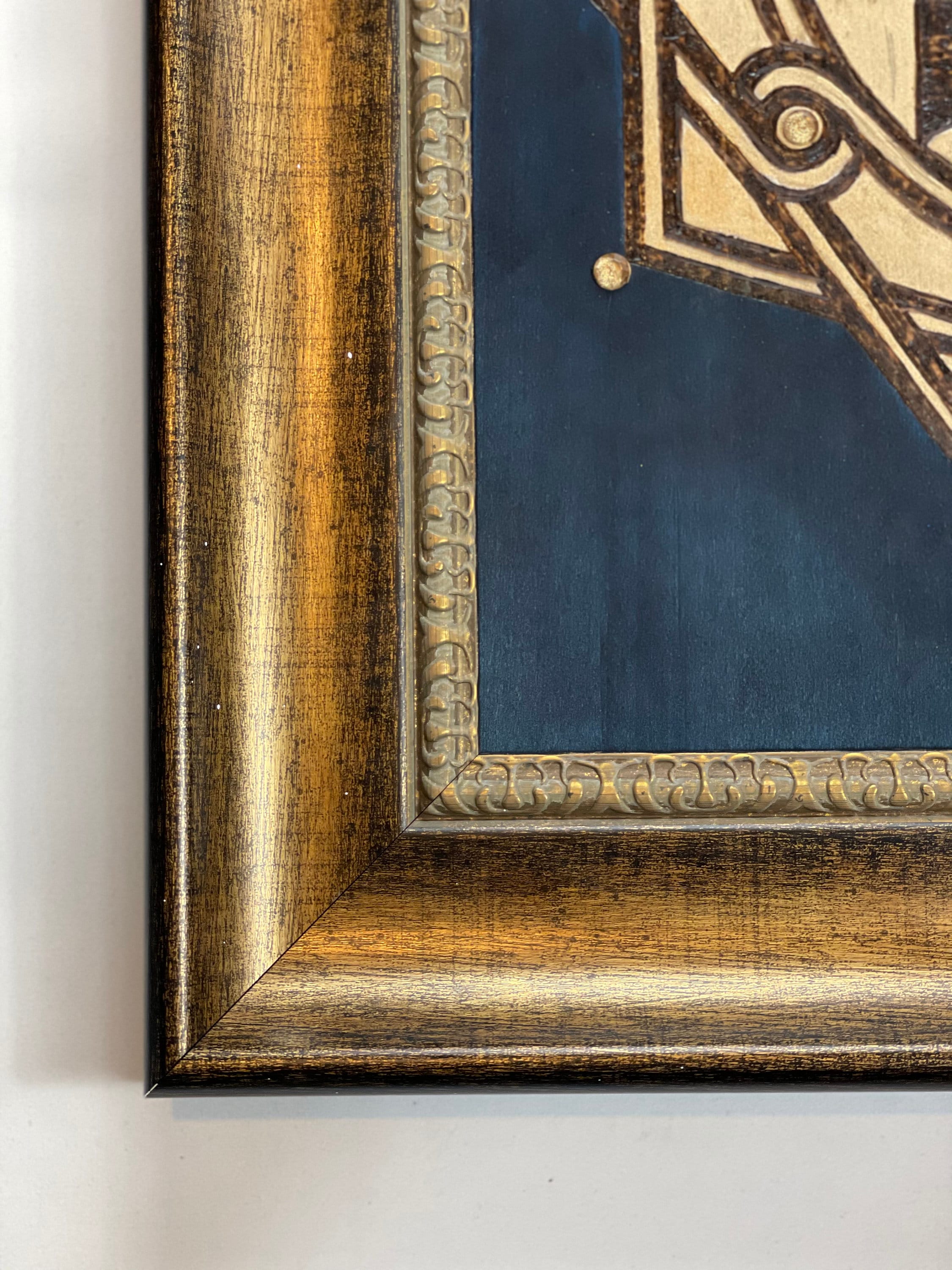 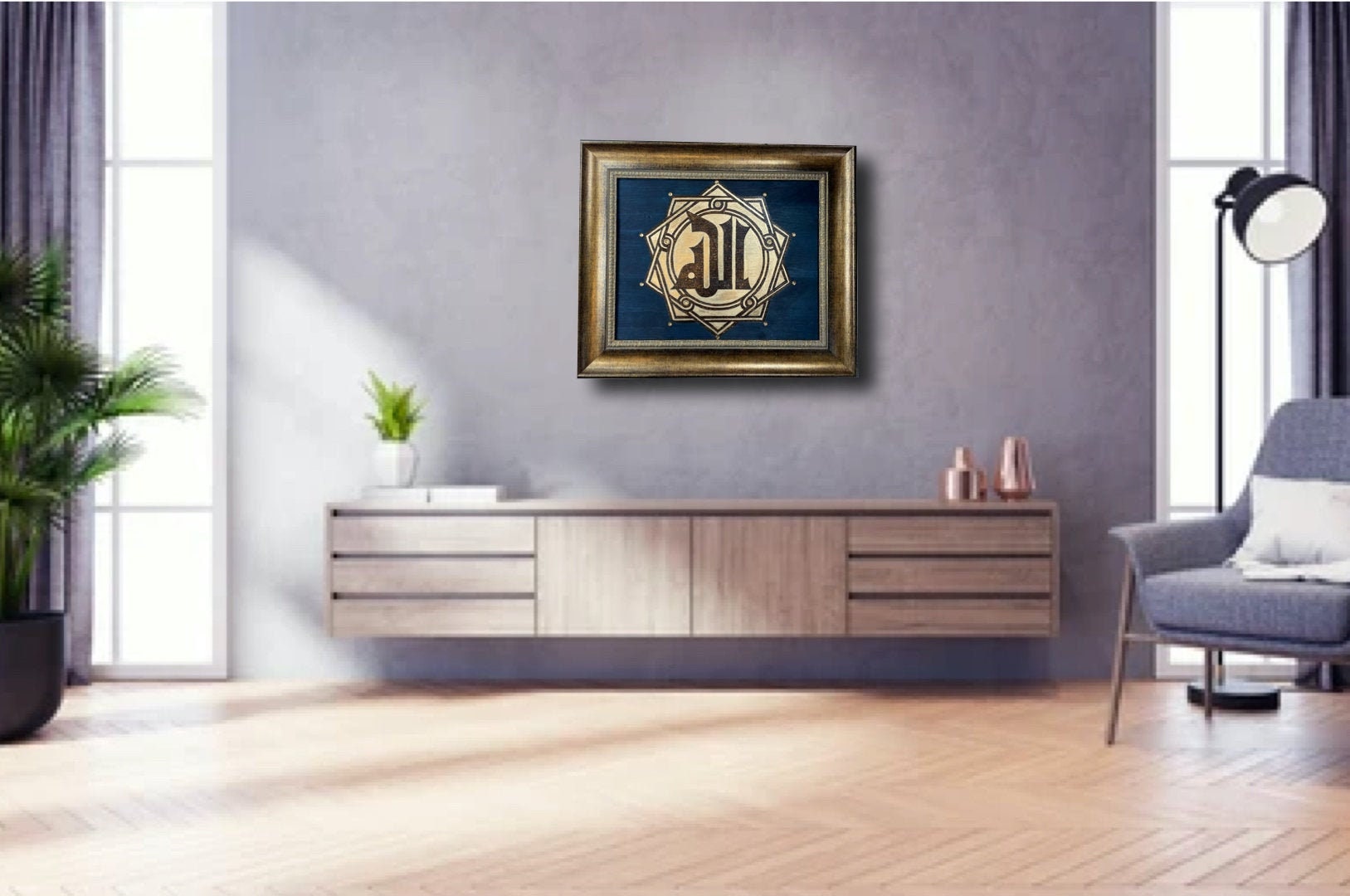 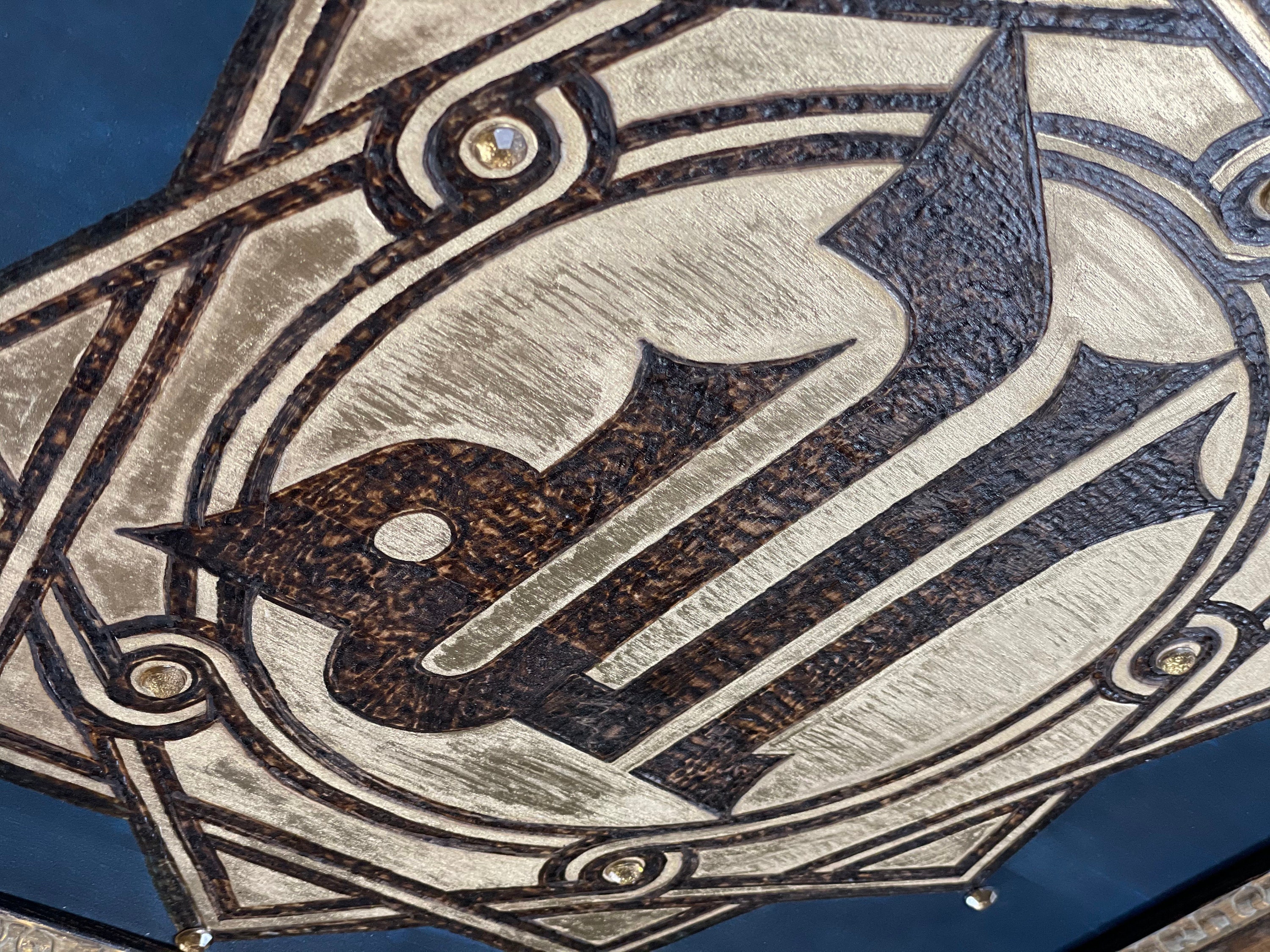 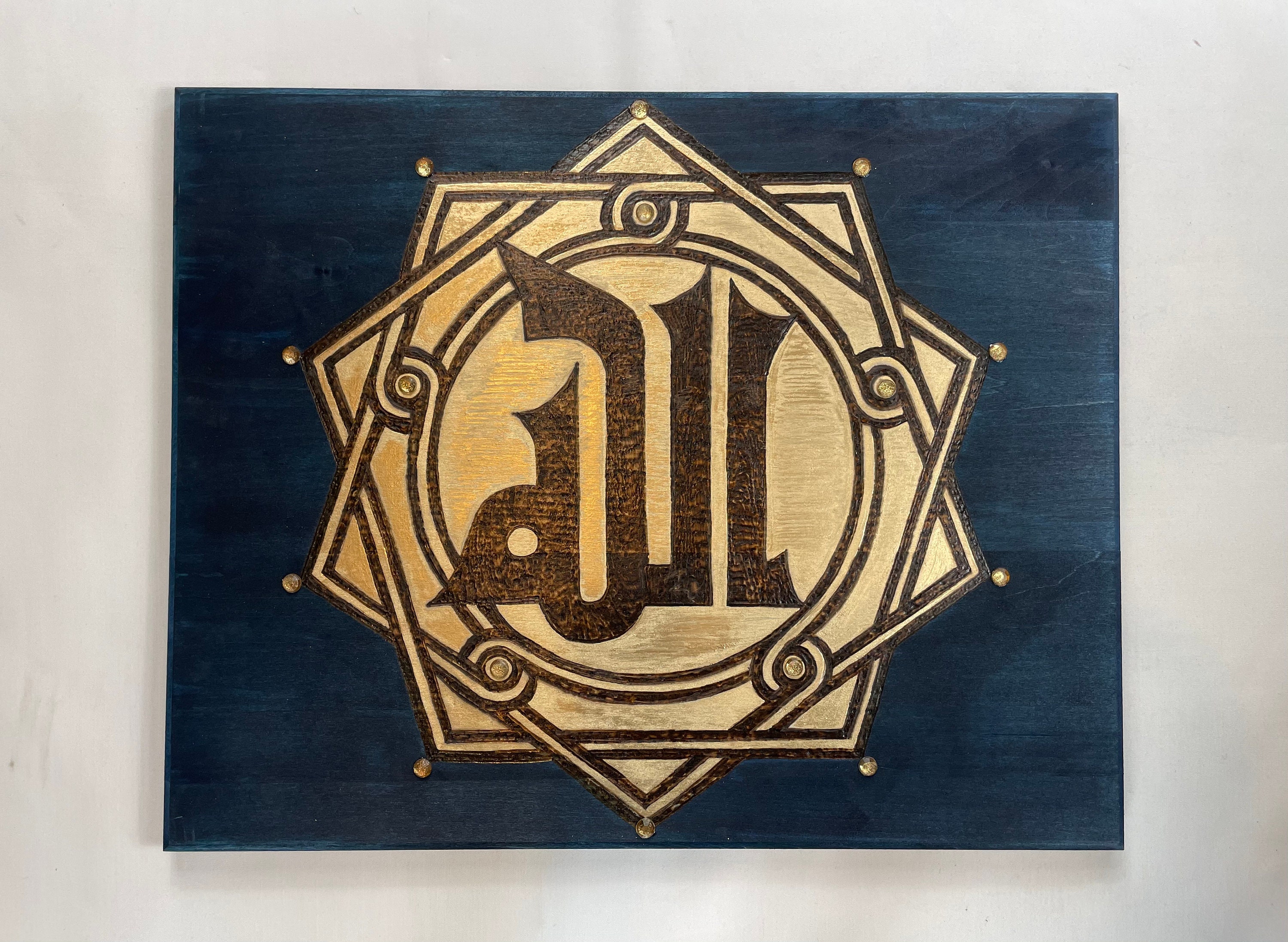 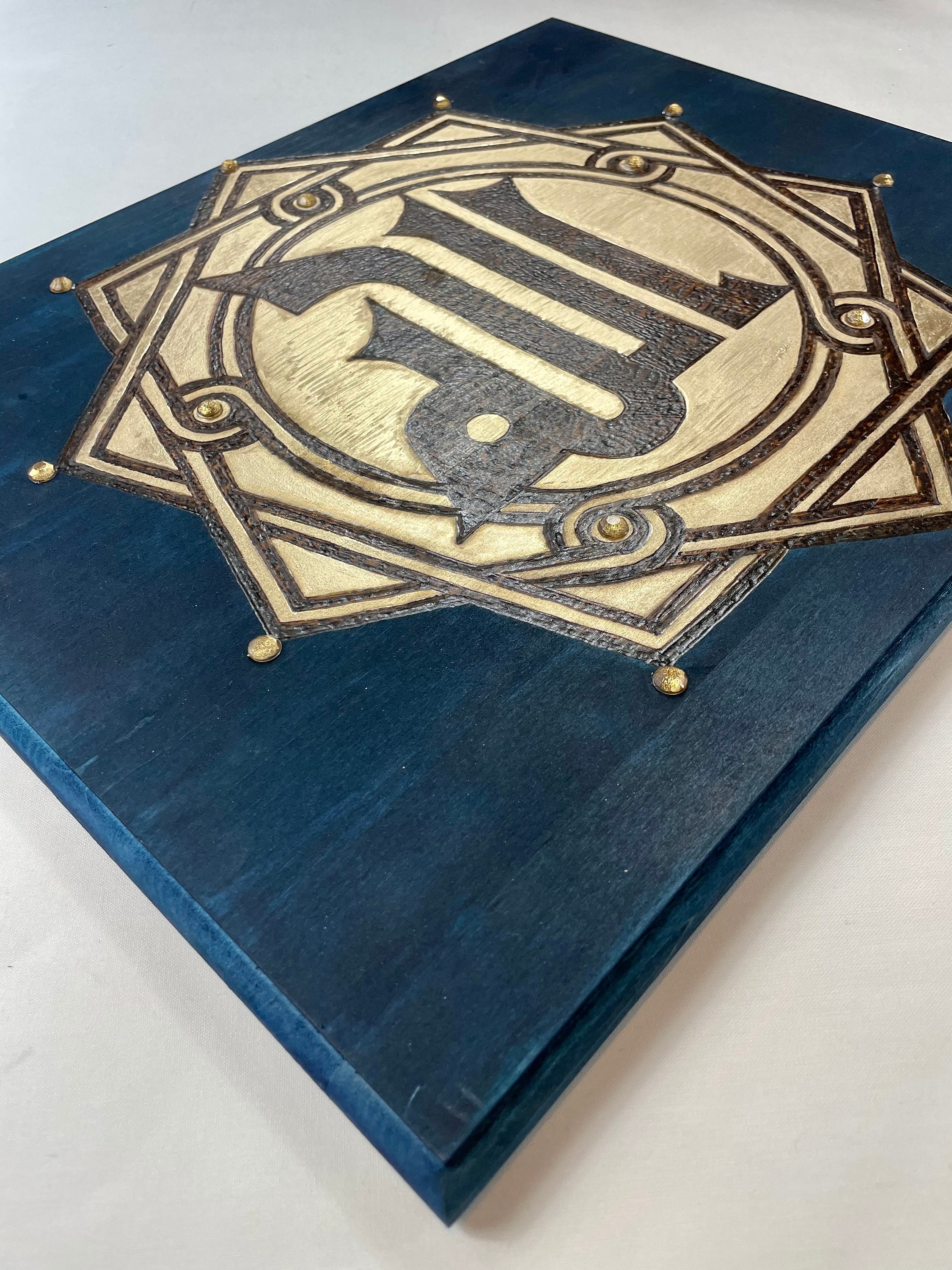 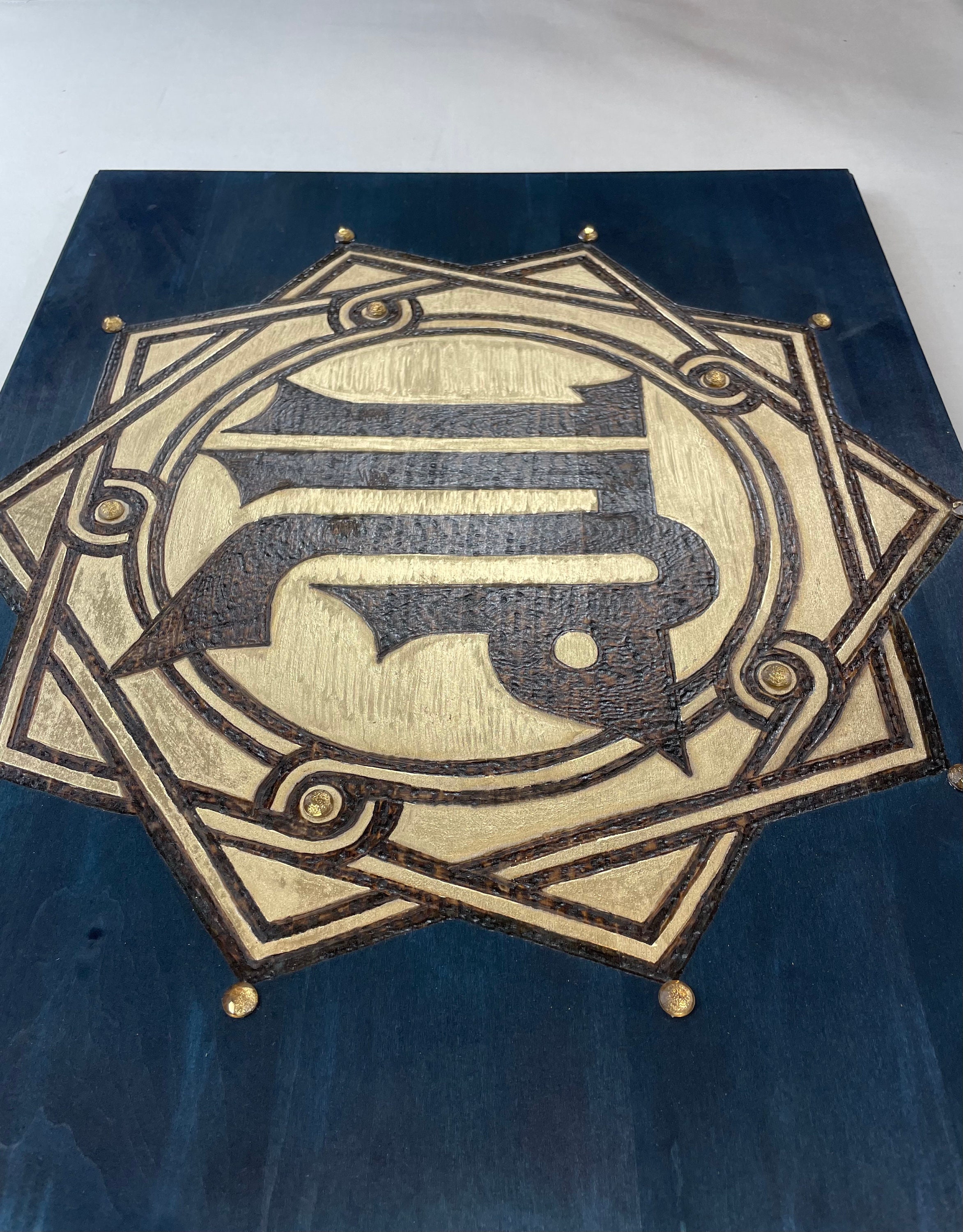 This beautiful ten-pointed star medallion features a Fatimid-style Kufic inscription of the word Allah. This beautiful motif was carved into the outer walls of the minaret of the al-Anwar mosque built by the Fatimid caliph al-Hakim bi Amr Allah at the end of the tenth century. The minaret was later covered up by the caliph under another bastion-like structure which literally hid away the treasured artistic motifs that existed on the minaret.

This large wooden wall frame has been wood burned, custom stained, and finished in gold leaf paint to make an extravagant yet historically beautiful addition to your home or office. It is yet one of our rare arabesque works of art through which we bring history to your world.