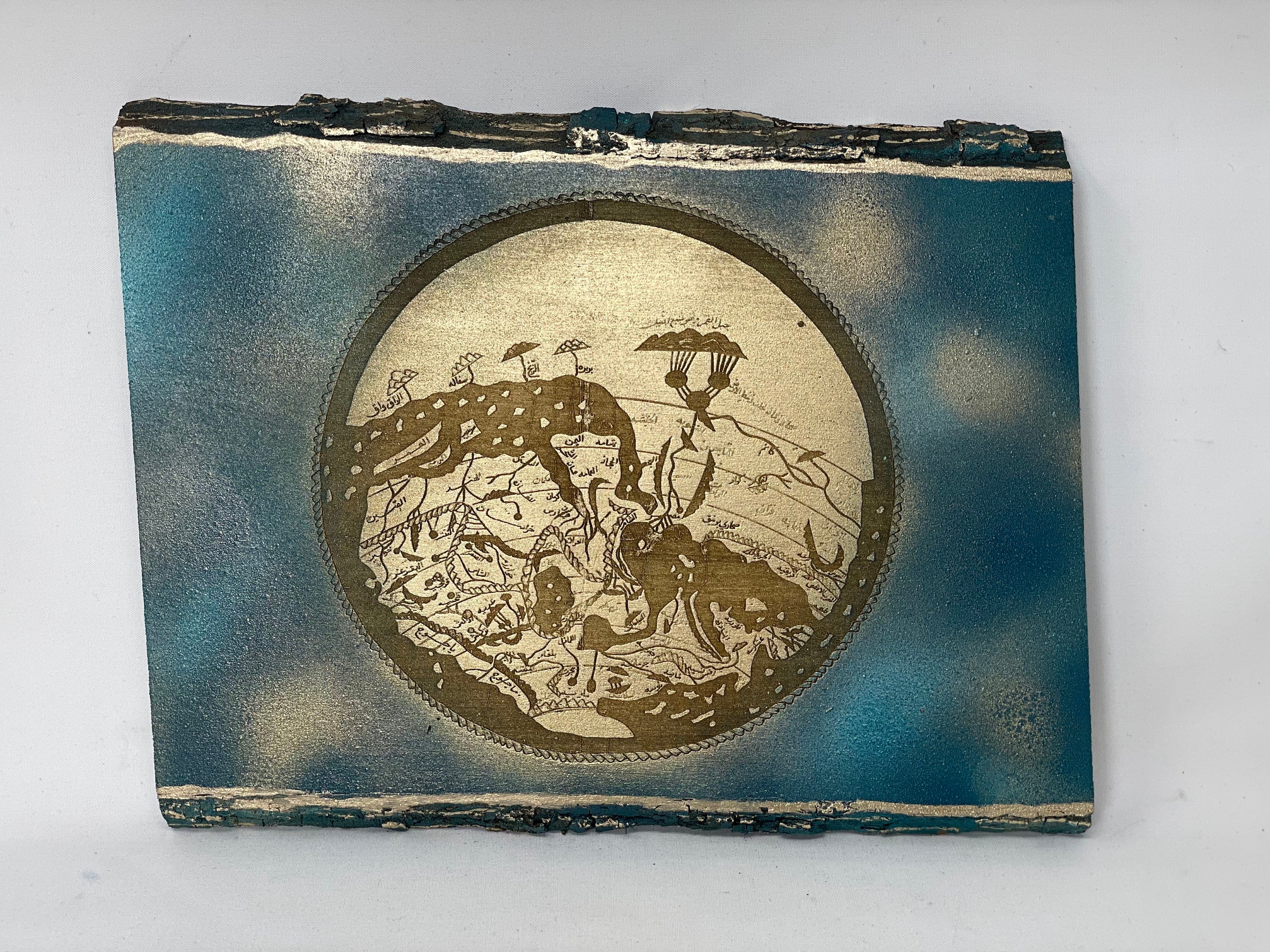 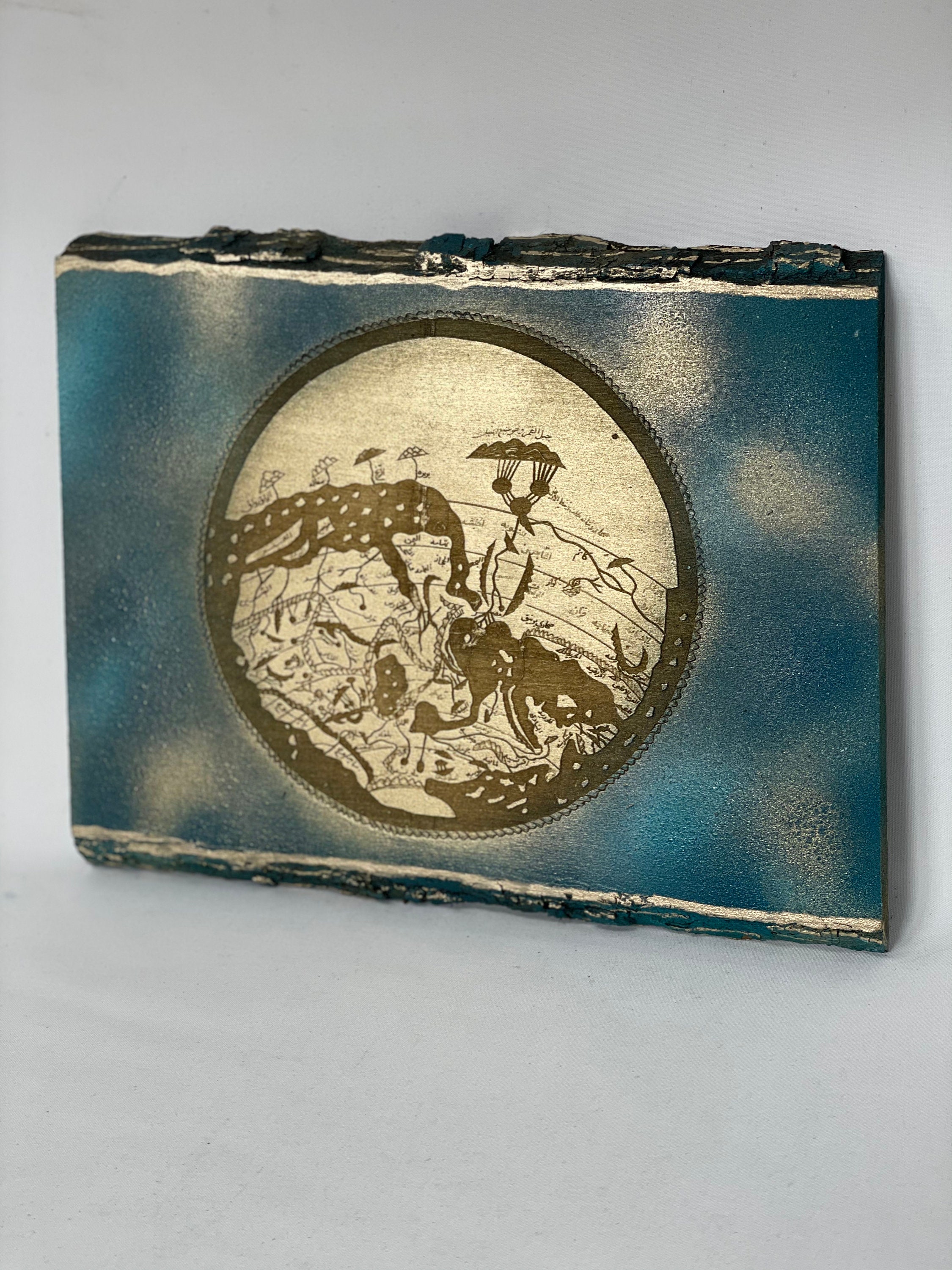 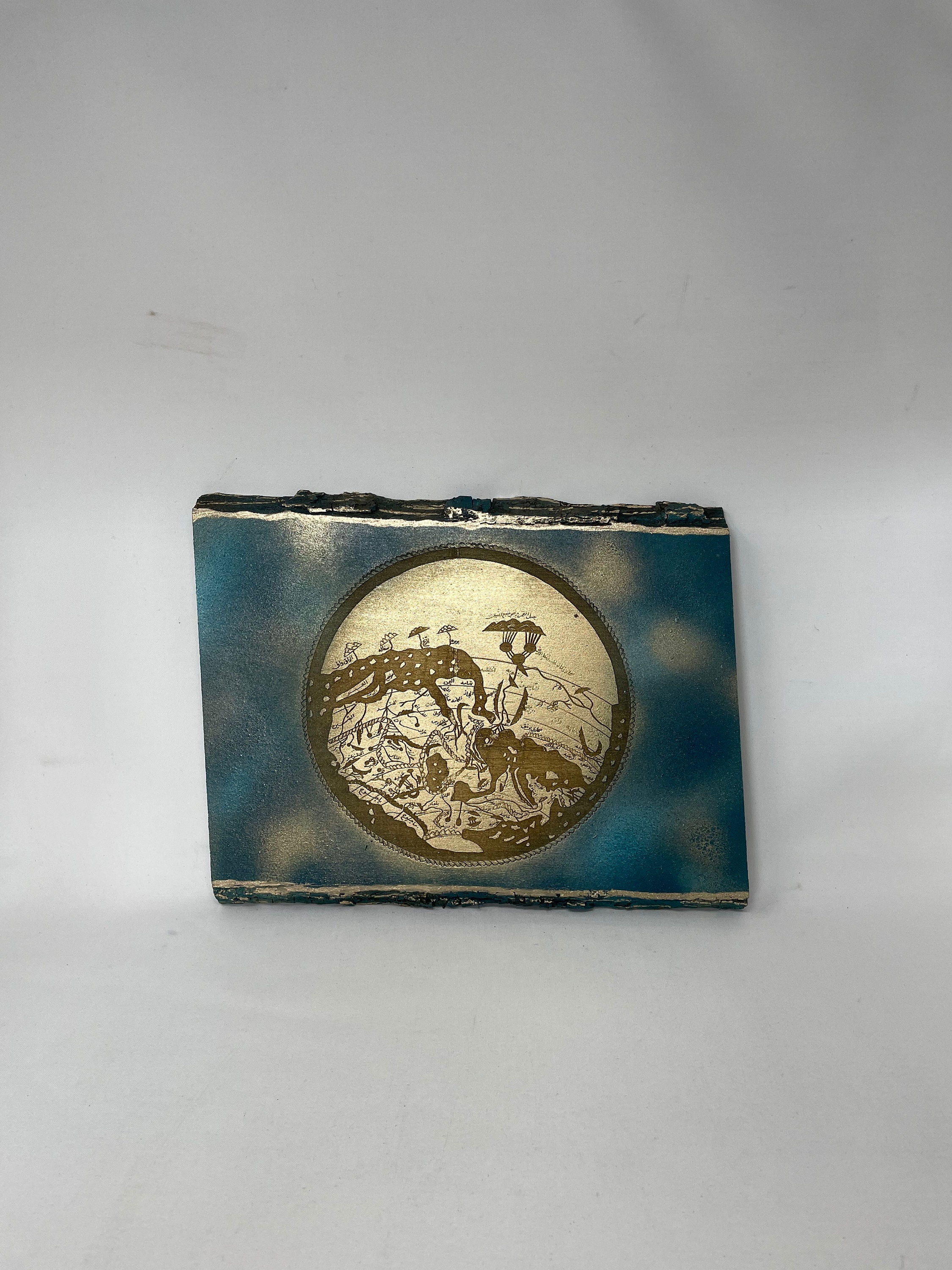 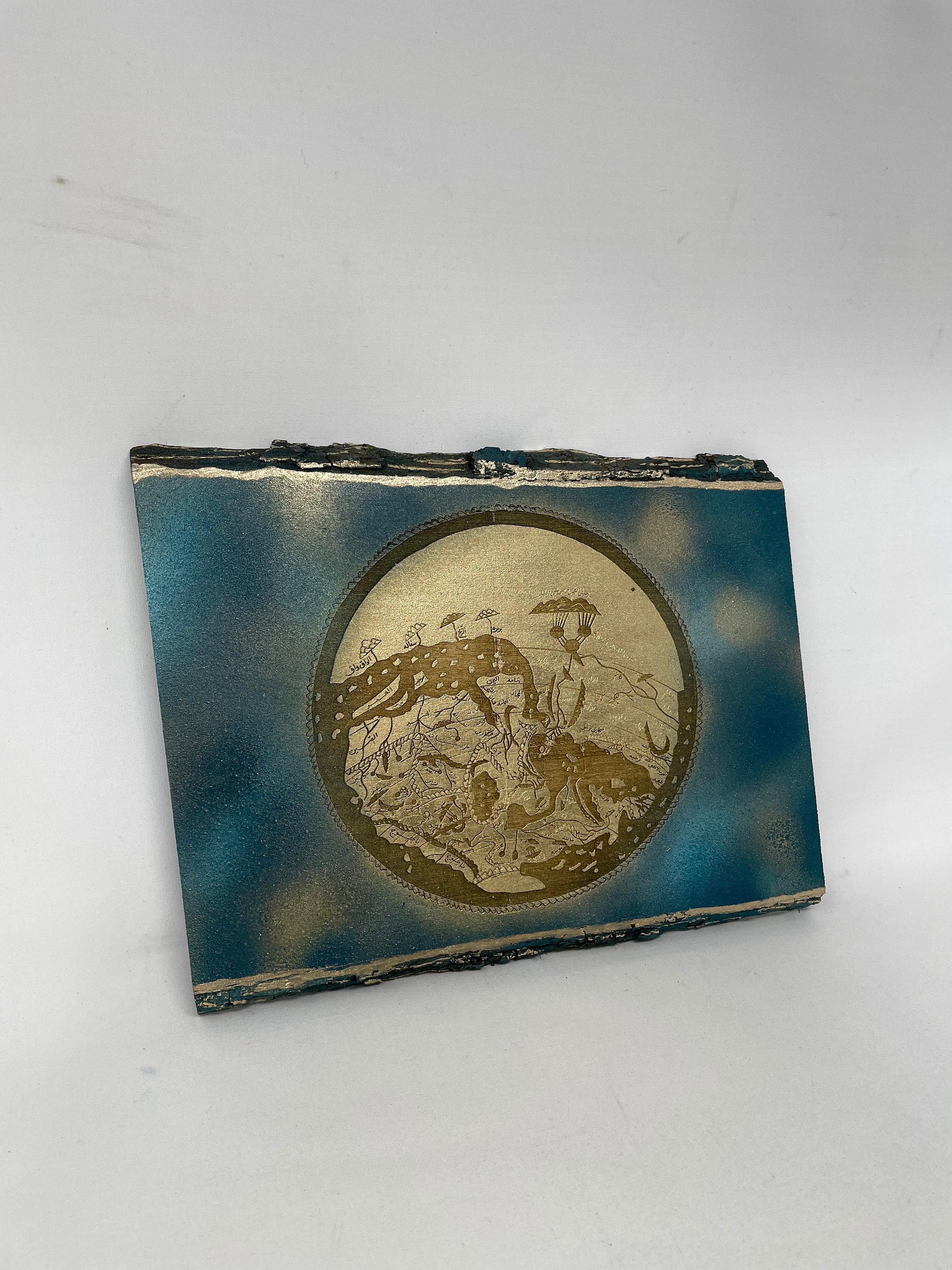 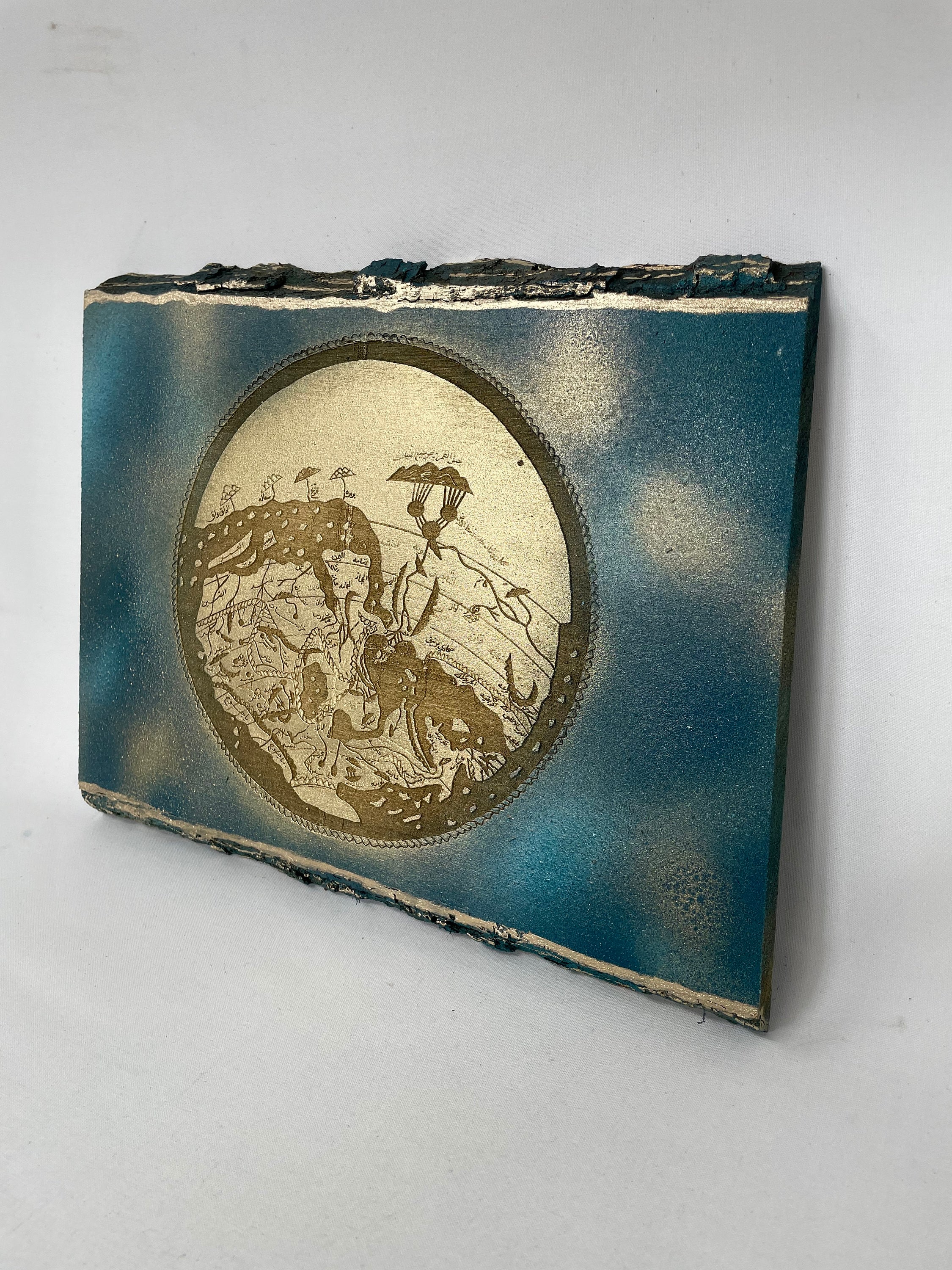 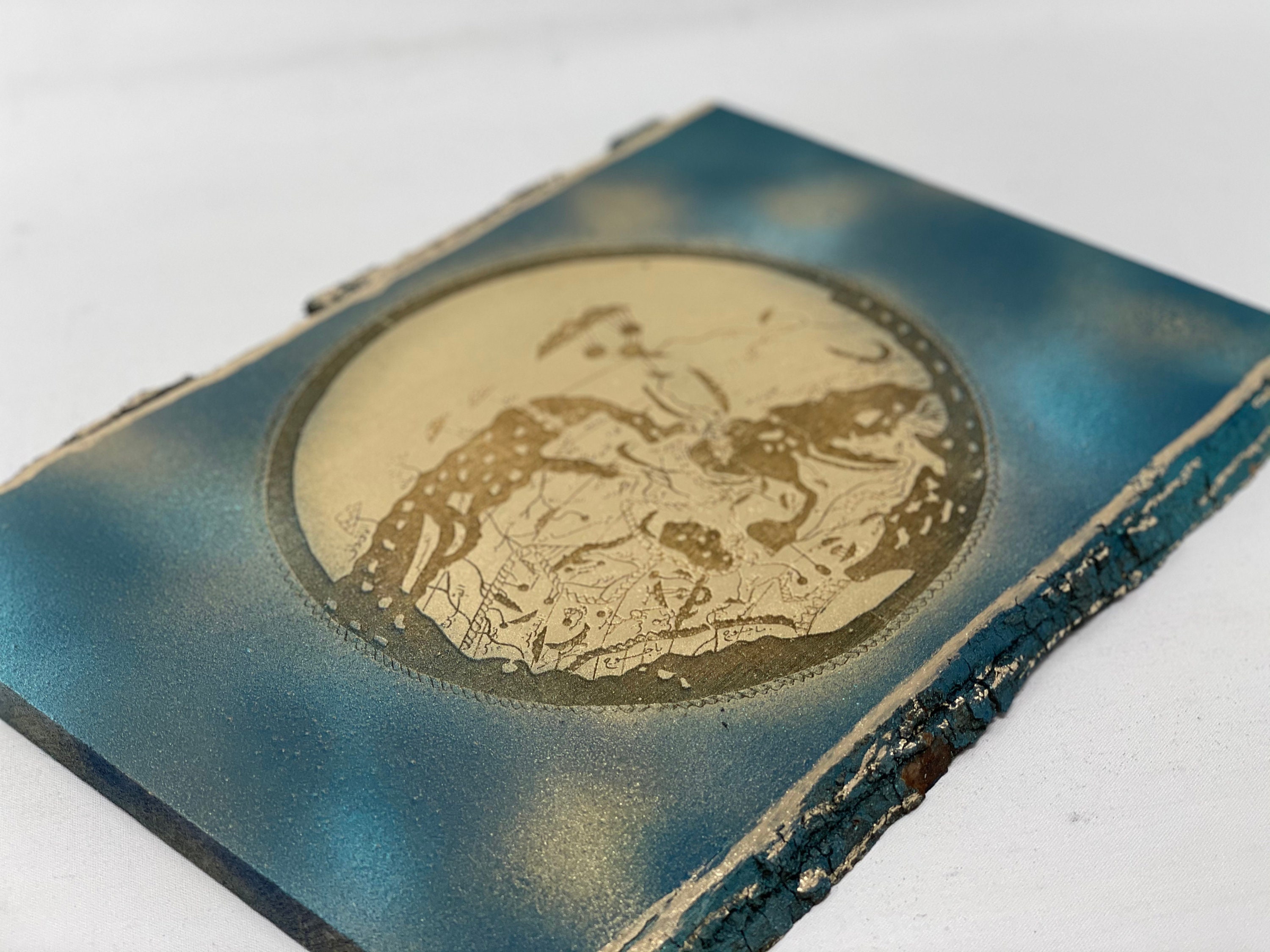 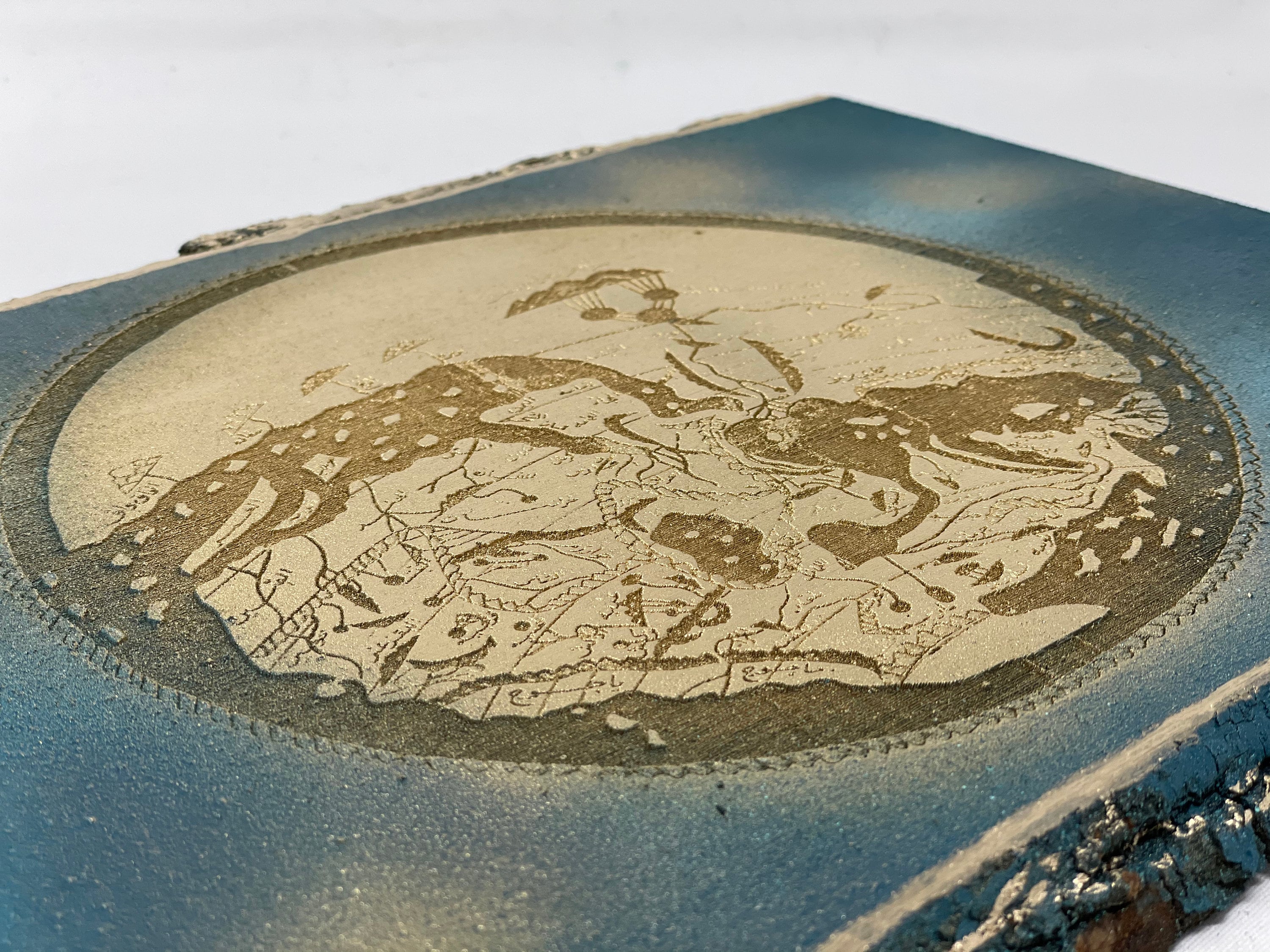 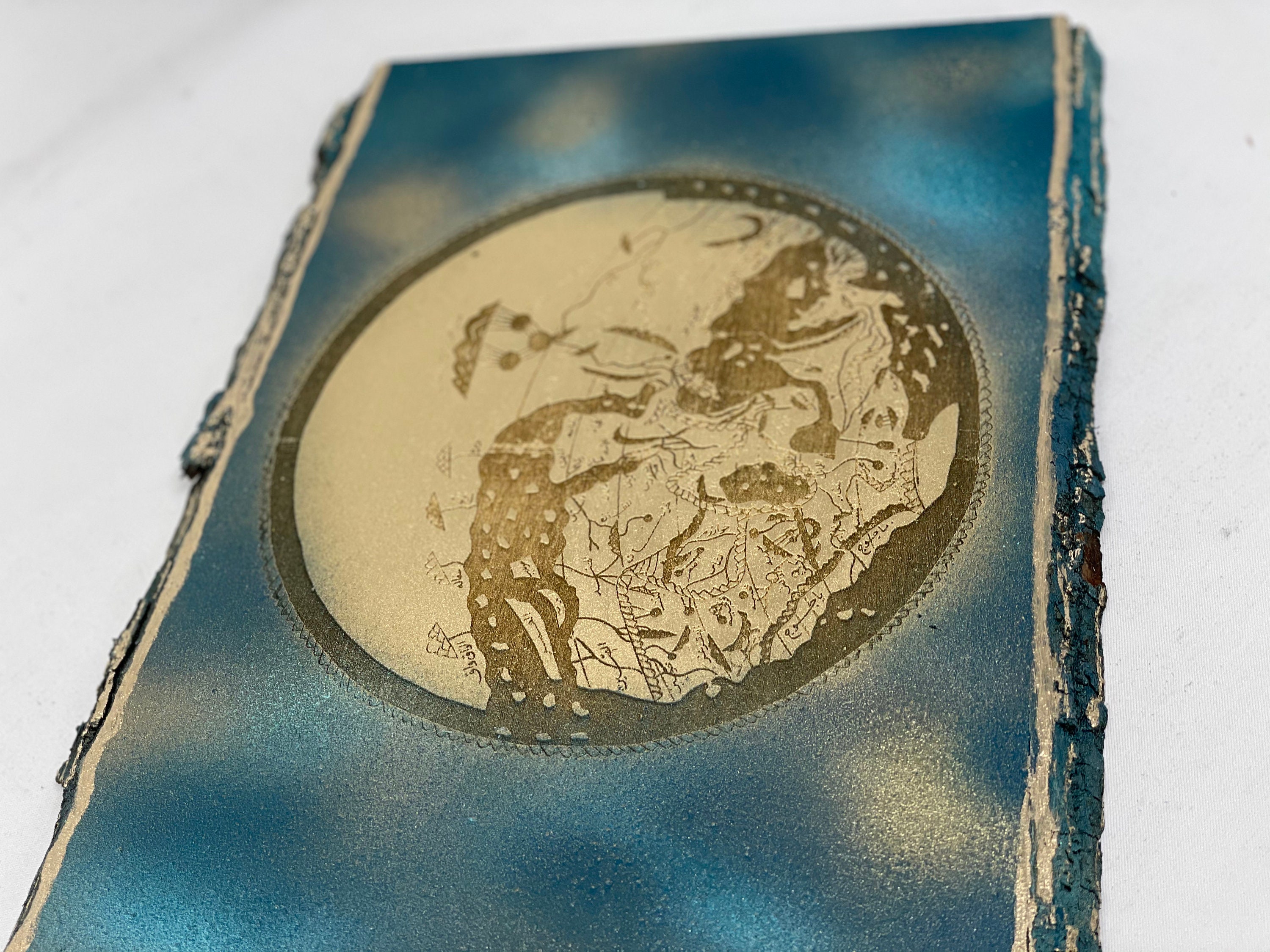 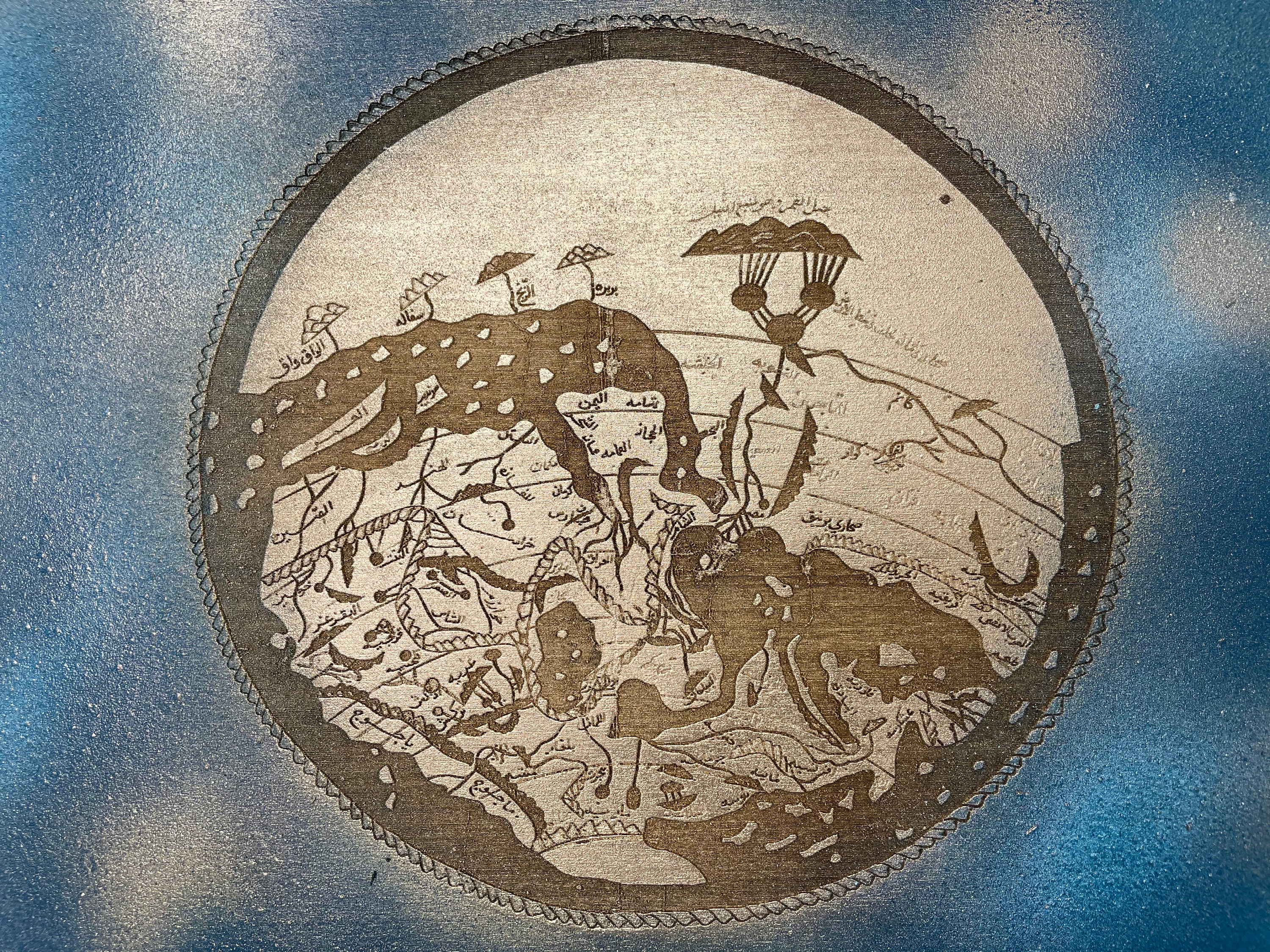 Medieval 12th Century Engraved Map Of The World (Laser etched) and richly painted derived from al-Idrisi's Geography Of The World (1154).

Al-Idrisi (1099 - 1165) was an Arab and Muslim geographer who worked under the patronage of Roger II in Palermo Sicily in his court. He was originally from Cueta North Africa, however, in 1145 he traveled to Sicily and joined the court of the Norman King of Sicily, Roger II. al-Idrisi was able to serve Roger as a royal court geographer. Through his own research and by recording the narratives of contemporary travelers coming from and witnessing different parts of the known world at his time, he composed his most famous work, Kitāb nuzhat al-mushtāq fī ikhtirāq al-āfāq (“The Pleasure Excursion of One Who Is Eager to Traverse the Regions of the World”) in 1154. His work is also famous for the several geographical maps it features.

Using a laser, we have aimed at bringing this magnificent map to our customers. What is most interesting about this map is that it was drawn with south at the top of the map because it was a made in an era before Eurocentric views became dominant. Furthermore, although al-Idrisi's map is one of the earliest and best world maps of the premodern world it depicts several mythical lands which can be seen on this map such as the Mountain of the Moon feeding the Nile, the legendary land of Waq Waq, and the imaginary wall built by Alexander the Great to keep Gog and Magog out. However, many places in Europe, Asia, and Africa appear as they would on a modern map. The map is labeled in Arabic like the original manuscript which it comes from.

This is a perfect and unique gift for any historian, geography or map lover, or for someone looking to add a bit of old world history to their home. Let us know if there is anything we can answer for you.

Please contact me to find out when this item will be ready to ship.